‘The Stranger’ was Albert Camus’s first novel and an important illustration of the absurdist world view. It was published as L’Étranger in Paris in 1942.

The short novel tells the story of a young man, Meursault, who is emotionally detached from his surroundings, family, and friends. He fails to show grief at his mother’s funeral and towards the end of the novel kills a man for no apparent reason. It at the novel’s conclusion that Meursault finally understands the “gentle indifference of the world”. 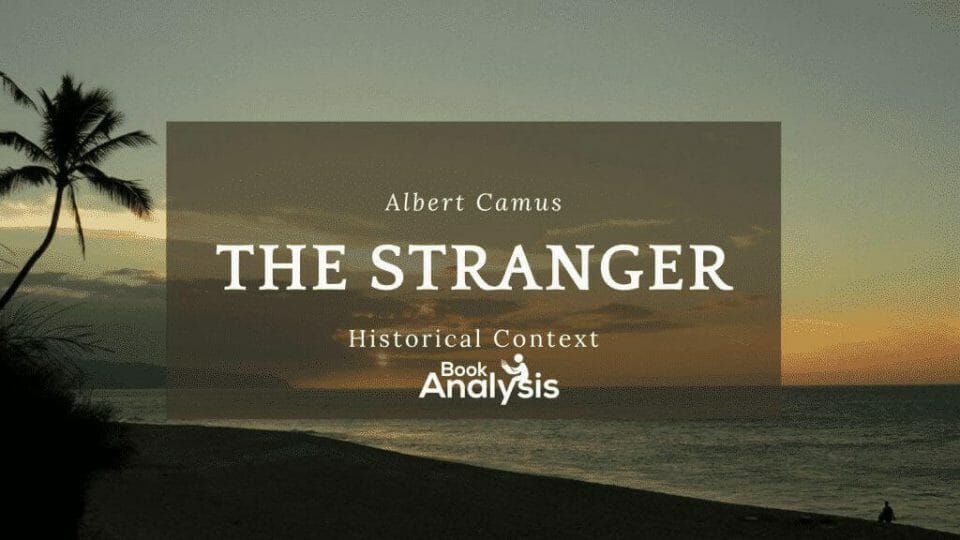 Absurdist Philosophy and The Stranger

It was Camus’s absurdist philosophy that inspired the novel. This system of thought sets out that there is no rational or natural basis for moral orders. The philosophy is connected to human attempts to find purpose in life and the resulting two conclusions. First, that life contains within its realms a purpose imbued by an undefined higher power. Or second, that life is without meaning and operates in a universe without purpose. It is the conflict between these two ways of thought that is at the core of absurdism.

Examples are set out in everyday life and appear throughout The Stranger. People are faced with encounters, such as Meursault’s with the man on the beach, and have to decide which of the two paths will direct their decision-making process. Absurdism also states that being conscious of the absurd allows individuals to extend their own freedom.

At the end of the novel, this is just what happens to Meursault. He finally becomes fully aware of the conflict between meaning and meaninglessness and decides on the side of the former. The “indifference” of life brings him peace.

Camus and The Stranger

Camus did not take the same opinion on the world as his protagonist Meursault did. He did not see life as being without meaning or purpose. Camus was a humanist and moralist throughout his life a humanist. The latter philosophy was interested in imbuing society with a certain set of morals and informed his political positioning.

In the 1940s, the decade in which Camus published The Stranger he was working in Paris at Paris-Soir, a large-circulation daily newspaper in the city that ran from 1923-44. His previous newspaper of employment, Alger républicain has just been banned for its left-leaning views. Albert Camus was becoming concerned about the rise of authoritarianism in Europe, especially after seeing the treatment of minority groups by the French authorities.

The Stranger was part of a cycle of works that also included an essay, Le Mythe de Sisyphe or The Myth of Sisyphus, and the play Caligula. It was The Stranger and The Myth of Sisyphus that established Camus’s reputation as one of the brightest literary figures of his day. But, it was not immediately a best seller. The first edition was only 4,400 copies and was dampened by Jean-Paul Sartre’s article “Explication de L’Étranger” published immediately before the novel. Today, it ranks as a classic of 20th-century literature that has been translated into English four different times. It has been adopted into film twice, one in 1967 by Luchino Visconti and then in 2001 by Zeki Demirkubuz.