‘The Stranger’ was part of a cycle of Camus’s works that focuses on alienation and the absurd.

The novel deals directly with the idea of the meaninglessness of life. These are two of the most prominent themes, along with sadness. 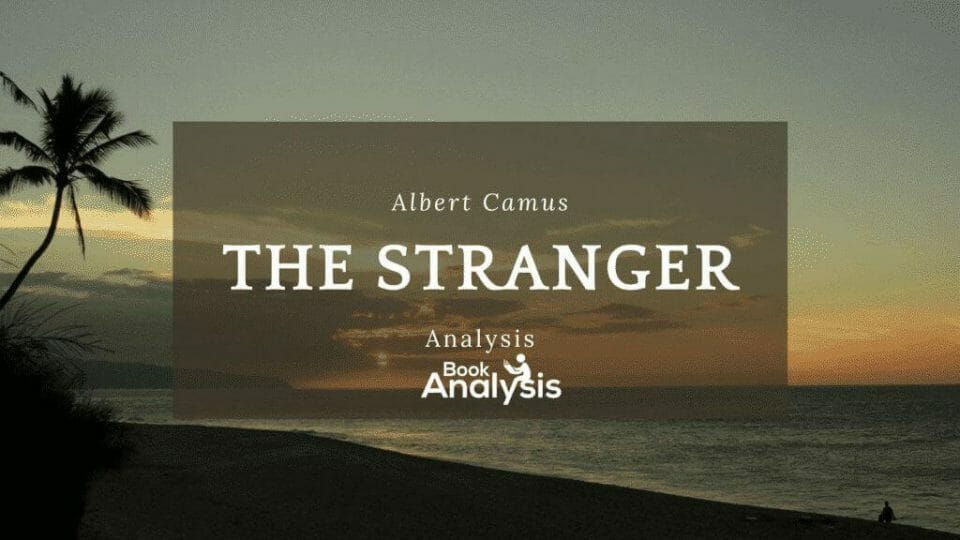 Meursault is the titular example of alienation from oneself, society, and nature. He separates himself from others by his inability or unwillingness to connect on a deep level. His emotions are stilted and often nonexistent. He continually presents himself awkwardly, or not as those around him expect. Meursault has no desire to say goodbye to his mother or connect with the mourners in the room with him. He thinks at one point, “it was hard for me to believe [the mourners] really existed”.

After his arrest, he is alienated from society by his action and inability to account for it. He’s deemed an anti-Christ and is forced to contend with new forced isolation he doesn’t like within his jail cell.

As a reader learns from Meursault’s first-person narration, he does not find life to be meaningful. He rejects religious meaning and secular whenever it comes his way. There is a particularly poignant moment in which Meursault’s boss becomes angry at him for not showing more excitement over the possibility of moving to Paris. To Meursault, one city is as good as another. He reacts the same way to Marie’s proposal, his trial, the complexities of the legal system, and eventually, his death sentence.

Sadness or a lack of sadness permeates the novel. It begins with a funeral. At the home, there are mourners, one of which is so sad she won’t stop crying. Meursault feels none of the same emotion. His lack of emotion at the funeral comes back to haunt him at his trial when witnesses testify to his uncaring attitude. As he kills the Arab Meursault says that it felt like “knocking four quick times on the door of unhappiness”. He knew exactly what he was getting into, but embraced it anyway.

Other themes one will encounter in The Stranger include colonialism, sex, and friendship.

Analysis of Key Moments in The Stranger

The Stranger is filled with multilayered symbols and enunciated through Camus’s straightforward writing style. He uses figurative language minimally and gets straight to the point of what Meursault is feeling (or not feeling) and saying. The first line of the novel is a famous, poignant example: “Mother died today. Or maybe yesterday, I don’t know”. This thought is incredibly direct and is a reflection of Meursault’s speech. He does not hesitate to say what he’s thinking or try to disguise his speech with frivolous language or qualifiers.

Overall, the mood of the novel is dark and bleak. No one appears to take real pleasure in anything and the hours of Meursault’s life are plain and mundane. In regards to Albert Camus’s tone, it is withdrawn, direct, and un-judgmental. He is a narrator simply reporting the facts of the story.

The sun is an oppressive force on the novel. It’s nearly unbearable at the beginning of the novel as the funeral procession moves towards the cemetery and almost kills Thomas Perez. When Meursault is about to murder the Arab he places some of the blame on the sun. It was, he states, as though “the whole beach, throbbing in the sun, was pressing on [his] back”. The sun presses him forward toward his fate. It is an ever-present force in the novel that he can’t escape.

Towards the end of the novel, while Meursault is speaking with the magistrate, he pulls out a crucifix. He asks Meursault to examine his faith and brandishes the item almost like a weapon. It represents a specific world view that Meursault does not adhere to, but which makes up one of the two conflicting points of view in absurdist philosophy.

Throughout The Stranger, Meursault returns to the sea. He is there when he meets up with Marie the day after getting back from his mother’s funeral. It is a symbol of happiness, relief, and respite from the heat. The most physically joyous parts of the novel take place in or near the sea. When he, Marie, and Raymond are on the beach at Masson’s house the same pleasure can be seen as they move in and out of the water.