‘The Stranger’ by Albert Camus tells the story of an exceedingly average man living what appears to be a mundane life.

The story opens with Meursault receiving the news that his mother, who he put into an old age home, has died. Camus’ opening line, declaring from the first-person perspective that the speaker isn’t sure whether or not his mother died today or yesterday, is quite memorable. It is this line that draws you in and makes you want to know more. It’s not the content, but the structure. Who is this person that speaks so frivolously about the death of their own mother? What is the rest of their life like? 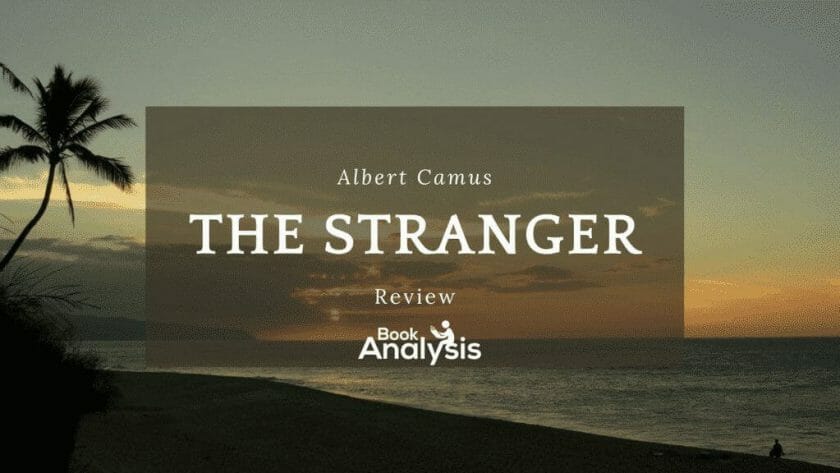 Meursault does not disappoint. He goes on a condensed journey through The Stranger. We encounter him as he deals with some of life’s major changes and curveballs. There’s the death of his mother, but he also experiences violence, what should’ve been, or could’ve been, love, happiness, and grief, all alongside freedom and imprisonment.

I remember reading The Stranger for the first time and being surprised by Meursault’s bluntness. I don’t think I was old enough or experienced enough to understand the absurdity of the entire situation as he moves through his days, unconcerned by major life decisions. Now, with some distance between this current reading of the novel and the previous, I feel that there’s something deeply human about the way Meursault reacts to his world. It might not seem that way, but his point of view, distaste for emotion and religion, are a kind of coping strategy, as well as a world view, that I find relatable.

There’s much to be said in regards to absurdist philosophy, Camus’s other writings, and The Stranger, but interpreted on its own terms Meursault comes across as someone who has chosen a very specific way to deal with his own life. He doesn’t acknowledge his personality. Rather, more often than not he’s trying to explain how he’s just the same as everyone else. But on the inside, how he sees and feels, or doesn’t feel things, is different.

When asked about his mother’s death, whether or not he cried or felt grief, he said he’d rather his mother not have died, but that’s all he can say about it. I am intrigued by the way he separated himself from the rest of the world and came to the decision that it’s not necessary to overtly care about anything as in the end, it’s meaningless.

He has no real morals or rules to live by, something that’s meant to catch the reader’s attention. It certainly irks the characters in the novel, such as the chaplain of the prison and the magistrate. They express disbelief in the way he considers life and death and what comes after. It is incomprehensible to them to feel as Meursault feels or know the world as he does.

To me though, and I assume to a large contingent of readers of The Stranger it’s not so far-fetched. It is his honesty more than anything that’s shocking. To be able to say outright what one believes, or doesn’t, is bravery all its own. But of course, Meursault does not see it that way. Things are as they are, and he is just like everyone else.

The greatest novels I’ve ever read remain in my mind because of an experiential, affective, aura around them. This is solidified in more ways than one, but the conclusion is perhaps the most important of all. Throughout The Stranger, Meursault shows the reader how he feels. He exhibits it through his willingness to do what’s asked of him, marry whoever is present or kill just to see what comes next.

But, it’s at the end of the novel as he expresses the disinterest of the world at large, that he tells the reader how he sees life. This is a conclusive and clear climax. Its one of peace and happiness for Meursault as he can move into his execution with a free mind and a baffling and troubling one for those who believe the opposite. He realizes as he comes close to facing his death that the world cares nothing for him, nor is he obliged to care for the world. This is the last step he needed to take in order to separate from societal regulations.

It is this conclusion I find myself returning to when I recall the impact of The Stranger. This revelation, climactic moment of self-discovery transformed Meursault’s life for the better, at least in his mind.

Albert Camus’ fiction masterpiece tells the story of an average man, Meursault, who lives in full awareness of the absurd. This philosophical principle is at the root of The Stranger and is seen through Meursault’s disregard for life’s big decisions and willingness to lean into mistakes, take a blase attitude towards life and death, and in the end, accept the pointlessness of it all.

The Stranger is challenging but in the end rewarding as readers are taken on a journey through Algiers, Meursault’s life, and into the complexities of human existence.