‘The Stranger’ contains some thought-provoking quotes, looking at life decisions, religion, memory, and the indifference of the world.

Written in straightforward, unembellished prose, the novel tells the story of Meursault’s emotionally stilted life through the first-person perspective. 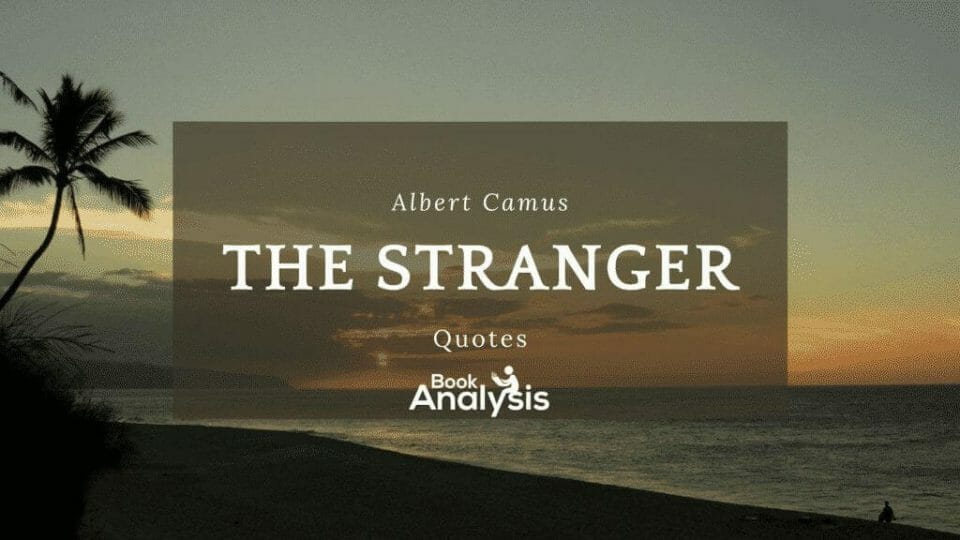 As readers, we hear from Meursault himself as he considers his daily life, loss, love, and makes a singular life-changing decision. The reader is often confronted with Meursault’s lack of concern for even the most important life decisions. For example, Meursault narrates an encounter he has with Marie, his casual girlfriend. He says:

Marie came that evening and asked me if I’d marry her. I said I didn’t mind; if she was keen on it, we’d get married. Then she asked me again if I loved her. I replied, much as before, that her question meant nothing or next to nothing–but I supposed I didn’t.

Meursault’s generalized response to anything that’s asked of him is casual, uncommitted and unworried. He’d marry her if that’s what Marie wanted. Then, he goes on later to say that he’d marry another girl if she asked him. It’s all the same to him.  The same kind of disinterested relationship to his own life can be seen at the end of part I of The Stranger. After shooting the Arab on the beach Meursault considers his decision and what it felt like:

And it was like knocking four quick times on the door of unhappiness.

He knew the consequences of his actions, but at the same time, from his perspective, there are no real consequences. He ascribes to an absurdist view of the world in which moral rights and wrongs have no meaning. Meursault understood that he might be unhappy after this encounter, but he did it anyway.

Throughout The Stranger, especially in the last section after he’s arrested begins the process of a trial, Meursault encounters those who are unable to understand who he is. The chaplain at the prison and the magistrate at the court both try to force their religious convictions onto him. When considering Meursault, his view on life, and what that means for his afterlife the chaplain says:

Have you no hope at all? And do you really live with the thought that when you die, you die, and nothing remains?” “Yes,” I said.

The simplicity of Meursault’s answer and the fact that he is entirely unbothered by the prospect of there being “nothing” after death, is incomprehensible to the chaplain. He’s found a man he can’t convince or draw emotion out of and he doesn’t know what to do in that situation.

Despite his lack of preferences and hobbies, prison is not easy for Meursault at first. He finds himself lacking things that’d he’d rather have, such as women and cigarettes. But, as with all things, he grows used to the routine. When considering his new life in prison he thinks:

“I realized then that a man who had lived only one day could easily live for a hundred years in prison. He would have enough memories to keep him from being bored”

Meursault is willing to adjust to any situation, no matter how devoid of entertainment or pleasure. He has no real interests, as he states himself, and his memories appear to be enough to sustain him. The conclusion of The Stranger is powerful. Meursault becomes enraged with the chaplain, showing more emotion than he has in the rest of the novel combined. This blast of feeling allows him greater insight into the world he’s living in and a better understanding of his own place in that world.

The Indifference of the World

His life improves, his happiness increases and he willingly accepts his execution. In fact, he wills it on, and all the angry observers who are going to be there, he thinks, to scream at him. He thinks:

I looked up at the mass of signs and stars in the night sky and laid myself open for the first time to the benign indifference of the world.

Meursault finds peace in the emptiness of the world at the end of The Stranger. It, just like him, is barren of emotion, dedication, or preference. He knows he was correct to move through it as he has, without care or perspective. The world will always treat him the same way.