‘The Stranger; by Albert Camus tells the strange and baffling story of a young shipping clerk, Meursault, and the surprising ways he reacts to the world around him.

The novel is regarded as one of the finest examples of absurdist fiction ever written. 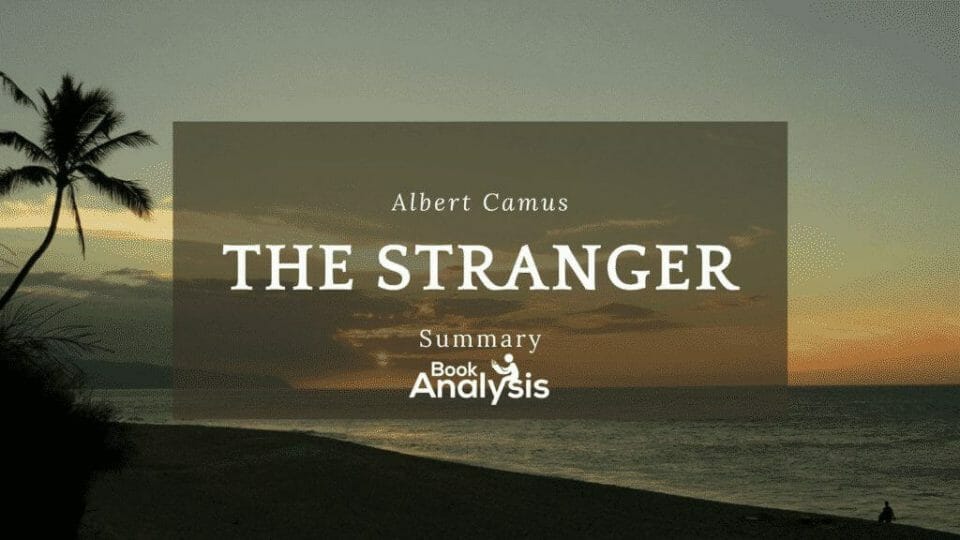 The Stranger tells the story of Meursault, a detached, emotionless young man living in Algiers. Camus opens The Stranger with the widely quoted line, “Mother died today. Or maybe yesterday, I don’t know.” This colloquial phrase strikes at the heart of Meursault’s character and defines much of what is to come.

Meursault travels to Marengo to attend to his mother’s affairs. Through these scenes, as well as those which follow as Meursault returns home, spends time with a girl and interacts with his neighbors tell the readers something about his character and beliefs. Those beliefs, and his own understanding of them and willingness to stick to them even in the face of death, define the climax and falling action of Camus’ novel. One important, pointless act changes and seals Meursault’s fate, it also reveals to him the truth of his own philosophical beliefs about the purpose of life.

Spoiler alert important details of the novel are revealed below.

The Stranger, Albert Camus’ most widely read novel, opens with the main character Meursault. He’s a young man living in Algiers and working as a shipping clerk. Meursault is a strikingly average person without any clear ambitions or hobbies. His odd attitude toward life drives the plot forward in surprising and shocking ways.

Meursault is informed at the beginning of the story that his mother has died. He gets the news by telegram and travels to Marengo and the community in which his mother had been living. His boss was not thrilled about his taking time off to bury his mother and Meursault continually has the impulse to say it’s not his fault. He sleeps almost all the way to Marengo and when he gets there he has to wait to speak to the director.

When he finally meets the director he’s taken in to see his mother. The first thing he notices are the shining nails sticking out of the coffin. They have yet to be hammered in, but the lid is set firmly on the coffin. The chatty caretaker of the facility asks if he’d like to see the body but Meursault decides he doesn’t want to. Together, the two sit down on some of the chairs set out around the coffin to keep vigil over the body that night. The caretaker is not entirely pleasant to be around and Meursault finds himself irritated that he spends the entire night at his side.

Through the first-person narration, a reader will immediately experience Meursault’s detachment from his own emotions and surroundings. He’s calm and unworried throughout much of the novel, so much so that he surprises the other mourners at the funeral with his lack of emotion.

While keeping vigil that night other residents of the nursing home come in and stay for a time. They are mostly older women, one of whom cries incessantly. The next morning the funeral procession starts and the only attendee from the home is an old man, Thomas Perez, who had grown close to Meursault’s mother. In a haze of heat, the group walks to the cemetery. The old man falls further ran further behind and is in tears when he finally gets to the destination.

The funeral breezes through Meursault’s head and he can’t seem to remember very much of it. He’s very happy to drive back home that night. The next day he goes swimming and meets a co-worker, Marie Cardona. The two see a movie and spend the night together. Meursault returns to work the next day and eats lunch with a friend. Once home again, the reader is introduced to Salamano, an older man who lives in the same apartment building and has a mangy dog he cruelly yells at and kicks.

Another neighbor, Raymond Sintes, invites Meursault for dinner that night and tries to buy his friendship with food and wine. He needs Meursault to write a note to a woman that Sintes believes cheated on him. He beat her up but isn’t confident he took adequate revenge. Meursault writes the letter and the next day, while Marie is at the apartment, they hear screaming next-door. Sintes is seen beating his mistress. A policeman arrives and breaks it up. Sintes asks Meursault to testify on his behalf and he agrees. Salamano is seen again, now crying as his dog has run away.

In another display of his characteristic detachment, Marie asks Meursault if he’d like to get married and he says yes if she wants to. They become engaged and travel the following Sunday to a beach house owned by Sintes’ friend Masson. While there, Masson, Raymond, and Meursault run into two Arab men on the beach. One is the brother of Sintes’ mistress. Sintes is stabbed during a fight with the man and Meursault has to take a gun away from him to keep him from killing the man.

That evening, for no clear reason, Meursault takes the gun and shoots Sintes’ mistress’ brother. He is arrested and thrown in jail. His lawyer doesn’t understand why Meursault acts as he does, showing no remorse whatsoever. The process progresses and the magistrate assigned to oversee the case asks that Meursault reform himself and put his faith in God. Meursault refuses, saying that he doesn’t believe in God. He is dubbed “Monsieur Antichrist”.

Throughout a long drawn-out period of adjustment, Meursault gets used to life in prison. He doesn’t have access to cigarettes or women and he is troubled by his own isolation. Marie wants to believe, after visiting Meursault, that he’ll get out and they’ll get married and have children. While at his trial, Meursault is judged by his actions after his mother’s death. The director of the home and attendees of the funeral are called to testify to his lack of emotion. They do so and he is sentenced to death by beheading.

In the final section of The Stranger, Meursault contends with his new fate. He doesn’t want to accept that there’s no way out and considers escaping or appealing the decision in court. Even though Meursault is at the end of his life, he still will not renounce his atheism when the chaplain comes to visit. The chaplain’s pushy behavior enrages Meursault and he begins to yell at him. This outburst, which is the most emotional moment of the whole novel, allows him to consider the reality of his own beliefs. He realizes that there really is no larger meaning to life and is, therefore, able to feel happy at the doorstep of his own execution.