Despite being remembered as one of the most important existentialist philosophers of the 20th century, Camus vehemently denied being one. 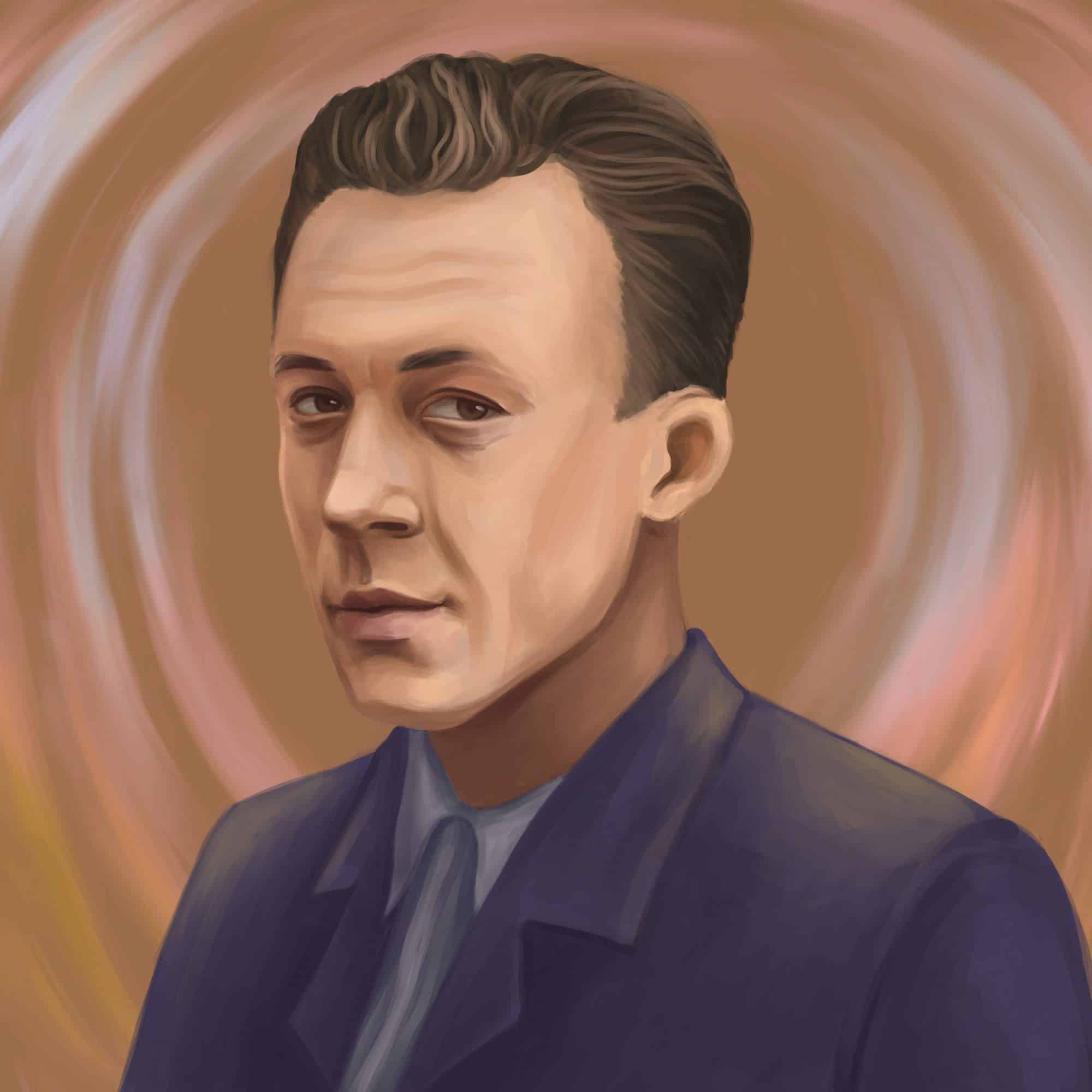 He didn’t just brush off the label in passing, he stated outright that he is “not an existentialist” in November of 1945 while giving an interview to Les Nouvelles Littérires.

He protested the use of the term in regard to his own work and did not compare himself to Jean-Paul Sartre as many others did. He describes in the same interview his continual surprise (and Sartre’s surprise) at seeing their names “linked”. He goes on to say:

We have even thought of publishing a short statement in which the undersigned declare that they have nothing in common with each other and refuse to be held responsible for the debts they might respectively incur.

Camus stated that when he and Sartre really got to know one another it was only their differences that increased not their similarities.

Before digging too deeply into why Camus didn’t label himself as an existentialist it is important to fully investigate what existentialism is and who its major thinkers were (and are). In its simplest form, existentialism is the exploration of the nature of existence with emphasis on the experiences of humanity. The “living human individual” is at the heart of this experience, not just the “thinking subject).

The philosophical line of thought is usually associated with thinkers from 19th and 20th century Europe such as Søren Kierkegaard and Jean-Paul Sartre. They might have had differences, but they all believed in the importance of the human subject and many considered transitional philosophies are too abstract to truly speak on the nature of existence. Kierkegaard is usually named as the first existentialist philosopher. He is remembered for proposing that individuals are responsible for giving meaning to life, not religion or society. Humans must, in his view, live life “authentically” and passionately.

Existentialism was popularized in the post-WWII years mostly due to Sartre whose writings were incredibly influential. Importantly for Camus, Sartre believed that “existence preceded essence”. This means that the individual should be concerned with their own individuality rather than with labels or roles they’re supposed to play. These categories are the “essence” part of the equation.  It is the life one leads that’s important and their “true essence” not the arbitrary essence that society gives to them.

Existentialism and the Absurd

The absurd is where Camus comes into the equation. He is often cited as the most important of the absurdist writers and thinkers. The notion of the absurd refers to the idea that there is no meaning to life even though humans continue to strive for it. Camus believed that neither the world nor the human being was absurd. It only comes out in the clash between the need for meaning and the lack of it. One of Camus’ most famous quotes comes from his essay “The Myth of Sisyphus”. In it he writes:

[…] there is only one truly serious philosophical problem, and that is suicide.

Camus did not see suicide as a way of escaping the absurd but as a way to make one’s extinct even more absurd. Only the truly courageous can live on in spite of the absurd, it is a heroic thing to do.

Why Camus was not an Existentialist?

As stated in the previous section, Jean-Paul Sartre believed that “existence preceded essence”. Camus saw things the other way around. He believed that essence precedes existence meaning the roles or labels that we are born into are at the center of our lives rather than any individual desire. Despite the fact that Camus shares a starting point with many existentialist thinkers, “The Myth of Sisyphus” is written against the existentialist arguments in general. He wrote in the book-length essay the following lines in regards Kierkegaard, Heidegger, and others:

They deify what crushes them and find reason to hope in what impoverishes them. That forced hope is religious in all of them (The Myth of Sisyphus).

Camus saw absurdity as essential to the human relationship with the world, in contrast to Sartre and other existentialists who saw it as a property, but not a fundamental one. Camus built his entire philosophical worldview with absurdity at the center. To him, it is something inescapable, something human beings are constantly coming up against. He believed one could not make sense of the world through reason and that existentialist writers were betraying their initial thoughts by “turning to the transcendent” and looking for something beyond the human condition (Stanford).