After We Collided Plot Summary 📖

‘After We Collided’ is a novel with a strikingly similar story to its prequel ‘After.’ Though they are fundamentally two different books, their stories are almost the same. 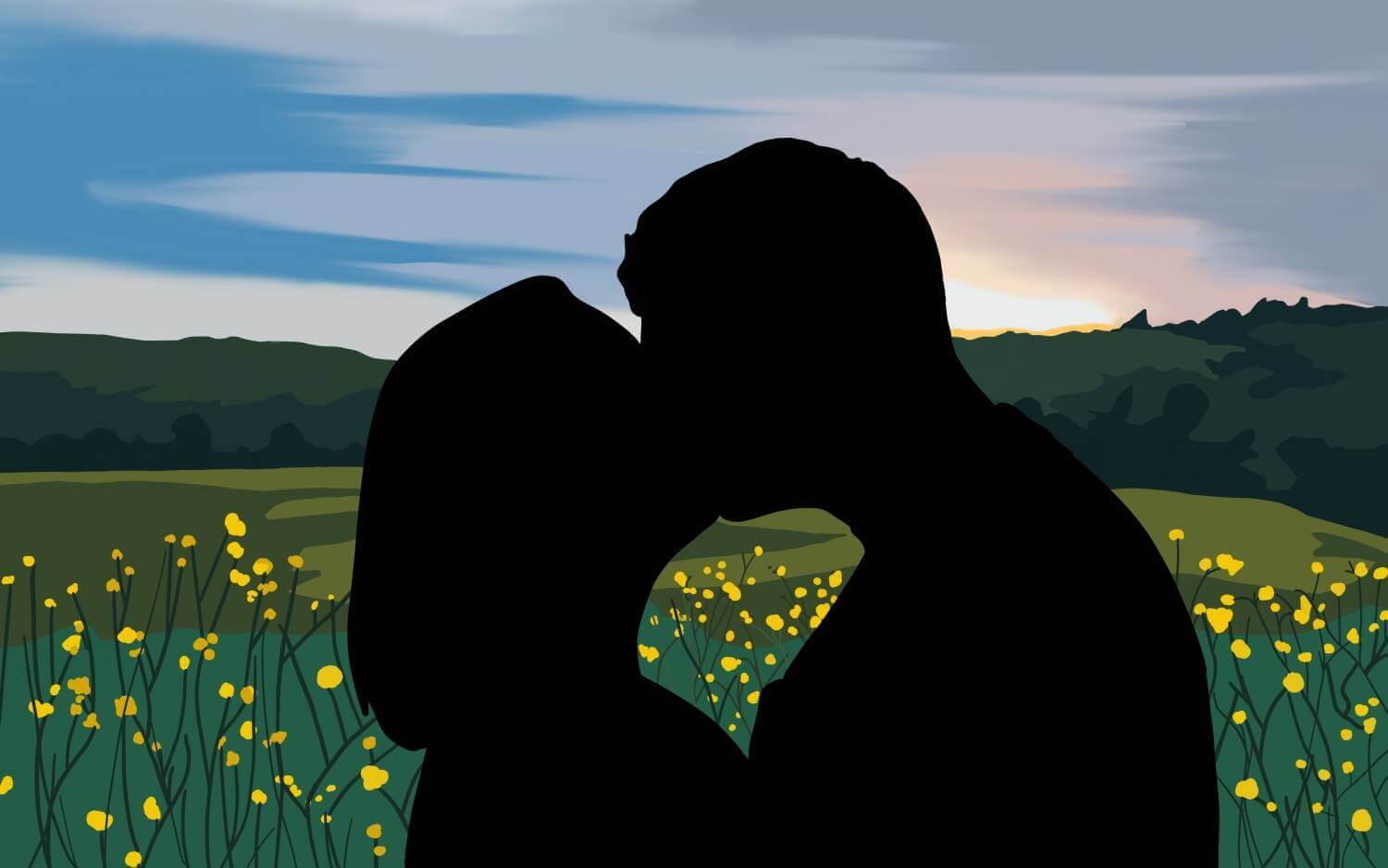 ‘After We Collided’ paints the ugly side of romance. The book tells a story where its characters are far from the perfect persona the romance genre adores. Though Tessa and Hardin’s relationship comes off as abusive, it still shows them trying their hardest to make loving each other perfect.

‘Spoiler Free’ Summary of After We Collided

The story of ‘After We Collided’ takes off from where the prequel, ‘After’ Stopped. After realizing Hardin had played her to win a bet, Tessa is devastated and leaves with Zed driving her home. Tessa requests Zed to tell her the details of the bet, and he does.

Trying to forget the pain and betrayal from Hardin and the people she thought were her friends, Tessa decides to move on with her life and her internship at Vance. She meets Trevor, a man she found to be resourceful. Tessa gets invited to a Seattle book convention by Christian Vance, the owner of Vance Publishing. Tessa goes to a bar with Vance, Kimberly, and Trevor, and after having a few drinks, she gets drunk and dials Hardin’s number.

Realizing she was drunk, Hardin drives to Seattle, where he meets a drunk Tessa with Trevor. Tessa stops Hardin from overreacting, and in a moment of weakness, they share the night. Slowly, Tessa begins falling for Hardin again as she notices him desperately trying to change for the better, and after he begs her to give him another chance, she agrees.

After parting ways with Hardin, Tessa meets Zed, and they become friends once more and in a moment of weakness, Tessa kisses him. She later confesses to Hardin, and in a fit of rage, Hardin fights Zed. After much reconciliation, Hardin and Tessa get back together.

Tessa then meets a stranger, who she recognizes as someone from her past.

Summary of After We Collided

After Tessa learns of Hardin’s bet with the rest of the group, she decides she has had enough and falls deaf ears to Hardin’s plea. Zed agrees to take her home at her request. He reveals the details of the bet, which makes Tessa feel sad, betrayed, and angry. She decides to see Landon, and while at his house, Hardin comes over looking for her to try and explain that he loved her and was sorry about her finding out about the bet the way she did. Tessa ignores Hardin’s pleas and decides it’s over for them.

Trying to fight the pain from her heartbreak, Tessa focuses on her internship at Vance Publishing. After seeing her excellent work, Vance invites her to a book convention in Seattle with co-workers Kimberly and Trevor.

While in Seattle, Tessa gets invited to a bar by Kimberly and Vance, and after having a few drinks, Tessa gets drunk. In a moment of weakness, she dances with an unknown man and kisses him. Tessa dials Hardin’s phone, and on noticing she was drunk, Hardin tells her to give him her location, a request, which she refuses him.

After getting drunk, Tessa retreats to her hotel room with the help of Trevor and Kimberly. Soon after, Trevor knocks on her door to return her phone as they had mistakenly taken each other’s phone. Tessa gets startled by another knock on the door and soon realizes it was Hardin begging her to open the door, she reluctantly opens the door, and Hardin comes face to face with Trevor. Enraged, Hardin grabs Trevor by the collar, but Tessa quickly resolves the tense situation by telling him why Trevor was there. Once alone, Hardin tries to talk to Tessa about how sorry he was when she surprises him by requesting sex. Having no other option, Hardin obliges to Tessa’s request.

Tessa and Hardin talk, but Tessa mistakenly reveals that she kissed a guy at the bar. Enraged, Hardin lies to her that he slept with Molly, breaking Tessa’s heart again. Meanwhile, Hardin seeks help from Landon as he explains to him that he loved her and never meant for anything to happen between them.

Tessa decides to go back to the apartment she shared with Hardin, as she thought he was going to London to visit his mother. However, Tessa freezes as she sees Hardin back in the apartment with a woman, who Hardin introduces as Trish, his mother.

After discovering he had not told his mom about their breakup, Tessa agrees to keep the girlfriend acting up with Trish. Tessa and Trish become good friends as Trish tells her to stay for Christmas.

Tessa goes through another emotional rollercoaster as she finds out her father had come looking for her. She decides never to talk to her mother again. While with Hardin and his mom, Carol visits Tessa and reveals to Trish what Hardin had done to Tessa. A heartbroken Trish advises Tessa to go home with her mom but gets shocked when Tessa blatantly says she will never return.

Trish, Tessa, and Hardin are invited by Karen for dinner, and during the dinner, Hardin flares up, and after having too much to drink, he punches Ken. Tessa talks to Hardin, telling him to reconcile with his father, while she tried to reconcile with the rest of the group. However, after hearing from a girl that she and Hardin were together alone in a room, she gets angry and kisses a boy. On seeing her kiss someone else, Hardin gets enraged and attack the boy, punching him repeatedly.

After their fight, Tessa and Hardin reconcile, and after muttering Zed’s name in her sleep, she and Hardin fight again. Hardin abandons Tessa for days and later finds out she was involved in a minor car accident. On Tessa seeing Hardin with a girl, Tessa has convinced the girl and Hardin slept with each other leading to them breaking up again.

After breaking up with Hardin, Tessa and Zed become close, and in a moment of weakness, Tessa kisses him but abruptly ends the kiss because she still loved Hardin. Tessa then talks to Hardin and tells him about her kissing Zed.

Enraged and embittered, Hardin attacks Zed and severely injures him. Hardin gets arrested for his crime. Tessa visits Zed in the hospital, where she convinces and begs him not to press charges. Zed agrees to Tessa’s plea making Hardin walk free. Tessa and Hardin finally reconcile and get back together. However, while walking on the road with Hardin, Tessa spots a man and recognizes him as her father.

What happens in ‘After We Collided?’

In ‘After We Collided,’ Hardin tries to get back with Tessa who already hated him for lying to her. However, after a drunk night, Tessa calls Hardin, and soon, they get back together. Their relationship blooms but they soon break up again. Hardin then attacks Zed because he kissed Tessa. He was arrested for Zed’s assault, but later freed after Tessa convinced Zed to not press charges.

Is ‘After We Collided’ bad?

The story of ‘After We Collided’ seems forced; this made the novel bland.

Does ‘After We Collided’ have a sequel?

Yes, ‘After We Collided’ is followed by ‘After We Fell.’

Is ‘After We Collided’ good as a film?

No, the ‘After We Collided’ film was not so good as the film plots lacked originality.

Did Tessa meet her father?

Yes, in the ending of ‘After We Collided,’ Tessa spots a homeless man and instantly recognizes him as her father.