‘It’ is known for its success as one of the scariest books ever written. The book became a best seller for its author Stephen King. 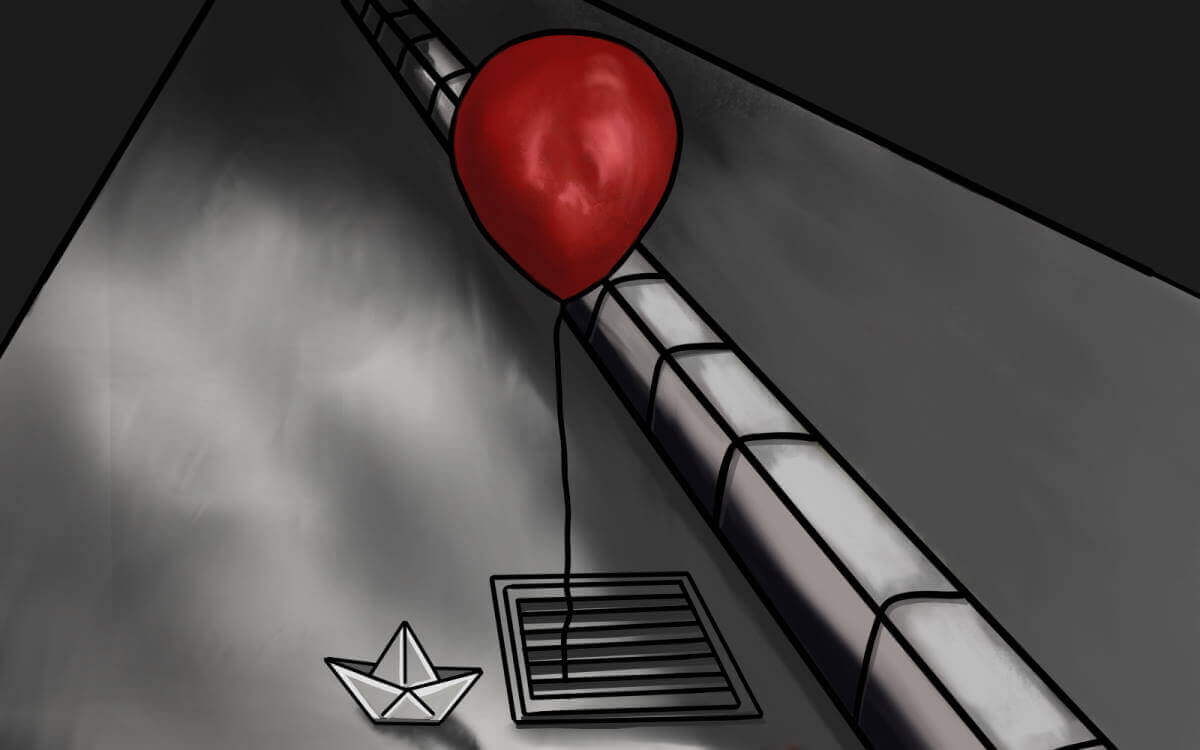 ‘It’ was published in 1986 under Viking Publishers. Widely regarded as the king of horror, Stephen King took ‘It’ to another level by portraying a clown as the antagonist who killed and fed on children, with a group of 11 year-olds as the protagonists. ‘It’ made Stephen King a fortune, with the book being America’s best-selling book of 1986.

The Coming of Age

One prominent feature in Stephen King’s ‘It’ is the portrayal of coming of age. ‘It’ shows how each member of the Losers club went from childhood into adulthood, and the book gave a framed alternating timeline that focused on how each member matured twenty-seven years after they had faced a powerful evil.

From the summer of 1958 to 1985, each member of the Losers club changed in their ideologies and relationships. As the years transcended from a post-WWII era to an era coming out of recession, the Losers club went with the tide of change, and this change is notable with the difference between what they feared as children and adults.

Caged In the Past

Though there were changes in their lives, the members of the Losers club could not completely erase the memory of the childhood events that forged them into the adults they grew up to be. Bill became a great author, and though he wrote exceptional stories, each story resonated with the horror of him having to face It. The same for Beverly, who was in an abusive relationship twenty-seven years after she had escaped being abused by her father.

One of the greatest fears of the Losers Club as children were the social, family, and emotional problems surrounding them and their family and though they grew up to become adults, they were never truly free from the hold of their past childhood horrors.

Stephen King described his fictional town, Derry, as a town twenty miles west of Bangor. However, in reality, the town is an entirely fictional replica of Bangor itself. With scenery from Derry such as the Paul Bunyan statue and Thomas Hill standpipe, Stephen King gave his fictional town life in the image of Bangor. Derry’s history had been one filled with mass disappearances and deaths, and these tragedies had been edged deep into the town. From the disappearance of 340 settlers that had originally founded the town in 1741 to the death of 120 people who were shot in 1864, Derry’s history was drenched in blood.

The unbreakable cycle is a feature that persists in ‘It.’ Derry was a town that could never escape its past. With the horrible deaths and the mass disappearances Derry experienced from its inception till 1985, no one seemed to be bothered and the people of Derry went on like there was nothing wrong.

Derry was at the center of a cycle that persisted even with the appearance of the Losers club. Bill, along with the rest of the group, traced a series of murders in Derry since its inception. Though they were able to link the murders to It, they could do nothing to warn people of the monster because the people of Derry had become used to the unbreakable cycle of terror and death.

Taking him four years to write, ‘It’ remains one of Stephen King’s best books. Stephen King stated his idea to write ‘It’ came from a children’s story called Three Billy goats Gruff. Being under the influence of cocaine, Stephen King was an addict and a heavy user of drugs when he wrote the book. He decided to push through with the novel calling it his final exam on horror.

‘It’ has had a tremendous impact in shaping the horror world of both the writing and the movie industry. Having grossed over a billion dollars, ‘It’ chapters one and two remain the highest money-making horror movie of all time.

The story shaped a new ideology of horror, and Stephen King’s idea to make a clown the main villain made the story all the more interesting, ‘It’ directly contradicted the purpose of what a clown should have represented, fun and exciting. ‘It’ has also impacted the American culture by shaping the societal view of what the horrors of life are imagined to be. Stephen King’s ‘It’ not only showed the decadence and evil beneath a seemingly peaceful society, but it also showed that the worst horror one has to face is the monster that is within.

What inspired ‘It’ by Stephen King?

Stephen King’s inspiration for It was a Norwegian fairy tale known as the Three Billy Goats Gruff.

How did Stephen King change the world?

With over 350 million copies of his books sold and many of his books turned into films, Stephen King has had a tremendous impact on pop culture and society at larger.

What was Stephen King’s reason for putting the sex scene between the Losers Club?

Stephen King used the sex scene to mark the point where each member of the losers club came of age and got rid of their innocence.

Was Pennywise afraid of the Losers Club?

Yes he was, at a point in the story, It felt a new feeling of fear, seeing the Losers club as a real threat It sends Henry after them

Is ‘It’ by Stephen King interesting?

Of course, It is a very interesting and intriguing book that will grab your attention and make you feel as if you are part of the characters.