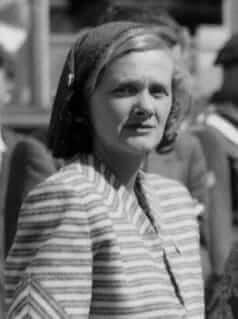 ‘Rebecca’ by Daphne du Maurier is an exceptional piece of literature with a thrilling mystery of death, ghosts and unending suspense.

Rebecca recounts the story of a young woman who marries a wealthy widower and moves into the hauntingly beautiful Manderley house. There, she encounters the sinister Mrs. Danvers and the ghostly presence of her husband’s ex-wife, Rebecca. The narrator is convinced that everyone in the world – her husband included – loves glamourous and talented Rebecca more than they love her. That is until a ship is suddenly washed ashore and the truth comes out.

The novel Rebecca is the story of a young unnamed woman that is recalled as a flashback. The heroine of the novel meets the love of her life, Maxim de Winter on a fateful day in Monte Carlo. After a few short weeks of a whirlwind romance, the young couple gets married.

Mr. and Mrs. de Winter move to Maxim’s wealthy estate, Manderley house in England to begin their married life. The narrator is met with a beautiful home with an eerie atmosphere. She is constantly intimidated by the housekeeper, Mrs. Danvers who remains a faithful assistant to Rebecca, Maxim’s dead wife.

Mrs. de Winter is haunted by the memory of Rebecca wherever she turns and she begins to feel jealous of her predecessor. She hears stories of how wonderful Rebecca was and starts to believe that her husband is still in love with his ex-wife. This leads to some turbulence in the marriage, which is put to rest when Rebecca’s old ship containing the remains of a body is washed up on shore – and she learns of the truth behind Rebecca’s death.

The book begins with present-day Mr. and Mrs. de Winter who travel from hotel to hotel in Europe. They harbor fond memories of a legendary home called Manderley which had been razed to the ground by a fire. We are taken back to the very beginning of the story when the young couple met in Monte Carlo years ago.

The narrative then shifts into flashback mode and we see the heroine working as a traveling companion to Mrs. Van Hopper, a wealthy American woman who loves to travel and loves to gossip. This is when the narrator of the novel meets Maxim de Winter who happens to be staying at the same hotel as her. The two feel an initial attraction towards each other and begin spending time together. After spending a few short weeks with each other, the two decide to get married. They tie the knot, go on a romantic honeymoon and move into Maxim’s ancestral estate, Manderley.

As beautiful as the estate was, it also had a sinister atmosphere. Maxim’s ex-wife, Rebecca had drowned in a tragic accident a year ago, and the ghost of her memory cast a dark shadow over Manderley. The dead woman’s memory was also kept alive by the eerie Mrs. Danvers – who remained dedicated to Rebecca even in her death.

As the days go by and Mrs. de Winter struggles to adjust to her new life at the beautiful Manderley, she begins to hear tell of the wonderful Rebecca – how talented she was, how gorgeous she looked, and how well-loved she was by everyone around. Despite the encouragement that the heroine receives from her sister-in-law, Beatrice, and the house overseer, Frank Crawley, she begins to feel intimidated by the ghost of her husband’s ex-wife.

Soon, with some sinister encouragement from Mrs. Danvers, Mrs. de Winter begins to believe that her husband is still in love with the brilliant and talented Rebecca.

The time comes for an annual costume ball which is held at Manderley estate each year. Rebecca had been a charming hostess all these years, and Mrs. de Winter is determined to revive the ball after her death. The ball is almost a success – until, to the horror of everyone present, the heroine turns up at the party in Rebecca’s old gown at the suggestion of the evil Mrs. Danvers.

Utterly miserable at having pushed her husband further away, Mrs. de Winter is found by Mrs. Danvers in a vulnerable state the next day. The villainous housekeeper almost convinces her to kill herself until her attempts are thwarted when a signal goes off from a nearby cove. A mysterious ship had been washed onto land with a body in it. It doesn’t take too long for divers to identify the ship as Rebecca’s old sailboat and suspect that the body might belong to Rebecca. The only problem was that Rebecca’s body had already been identified a year ago by Maxim.

As everyone begins to harbor suspicions of murder, Maxim decides to spill the beans to his wife. He reveals that Rebecca was a wicked and malevolent woman whom he desperately hated during the course of his marriage. His ex-wife apparently carried on several affairs with other men, including her cousin, Jack Favell, and she was not opposed to revealing all of her misadventures to her husband. One day, Rebecca confessed to Maxim that she had gotten pregnant with Jack Favell’s child. Maxim finally flew into a raging temper and demanded a divorce. Rebecca refused his demand, and in his fury, Maxim shot her to death.

He then took her body to the harbor in Rebecca’s sailboat and sank it underwater. Finally, Mrs. de Winter is assured of her place in the marriage and she shakes the ghost of Rebecca off her back. But there are other trials at hand for the young couple in the near future – namely, accusations of murder. It had come to light that the bottom of Rebecca’s sailboat had several holes drilled into it.

Fortunately, the coroner’s report comes back as a case of suicide, but Rebecca’s cousin, Jack Favell is not satisfied with this report. Convinced that his lover would not have killed herself, he accuses Maxim of murdering her.

The matter is then investigated by the local magistrate, Colonel Julyan who discovers that Rebecca traveled to London on the day of her death to visit a Doctor Baker. The Colonel makes the visit to the doctor himself, with Mr. and Mrs. de Winter and Favell in tow.

Instead of informing the Colonel that Rebecca was pregnant, which would have sealed Maxim’s motive for murder, the doctor reveals that Rebecca was infertile and terminally ill from cancer. Maxim understands that his ex-wife had lied to him in a vengeful move – but the doctor’s report proves to be enough to produce a motive for suicide and absolves Maxim of suspicion.

All investigation into the matter ceases, and Mr. and Mrs. de Winter decides to spend the night at a hotel in London. However, they learn from the house overseer that Mrs. Danvers – forever a faithful servant to Rebecca – was nowhere to be found. Uneasy at this piece of news, Maxim decides to drive back home right away. As dawn approaches, the couple pulls up near the ridge in front of the mansion and they see sparkling bright lights on the horizon. Mr. and Mrs. de Winter are horrified to discover that the beautiful estate of Manderley was up in flames.

Is Rebecca on Netflix scary?

Rebecca on Netflix is not necessarily scary. Based on a best-selling novel of the same name, Rebecca is a Gothic romance story with elements of horror in it. While there are no ‘ghosts’ as such, the film abounds in several Gothic features, such as a supernatural house, menacing characters and a pervading air of mystery.

Is there a ghost in Rebecca?

No, there is no ghost in the literal sense in the novel Rebecca by Daphne du Maurier. However, there are several supernatural elements in the novel that implies the presence of a “memory” or a “ghost.” For instance, Mrs. de Winter (the narrator) feels Rebecca’s presence in Manderley long after her death. Further, the mood of the story is eerie, which is why the novel is often categorized as a “Gothic romance” or “mystery.”

What does the ending of Rebecca mean?

Daphne du Maurier writes yet another twist into the novel, Rebecca in the last few paragraphs of the book. As Maxim de Winter escapes the clutches of the law and flees from justice, he is served with a justice of another kind – his beloved Manderley house is burnt to the ground. This proves to be a more painful punishment than anything that would have been doled out to him by a judge. The ending, therefore, implies that justice cannot be evaded no matter what happens.

Neesha graduated in 2020 with a distinction in MA English. Before that, she has spent several years teaching English and writing for various organizations. As a lover of English literature, she truly believes that crafting stories through words is the greatest achievement of mankind. She is now pursuing her passion for literature as an Expert on the Book Analysis team.