‘Rebecca’ is a 1938 novel written by Daphne du Maurier about a young woman who gets married to a rich widower and moves into a house that is haunted by the ghost of her husband’s ex-wife. 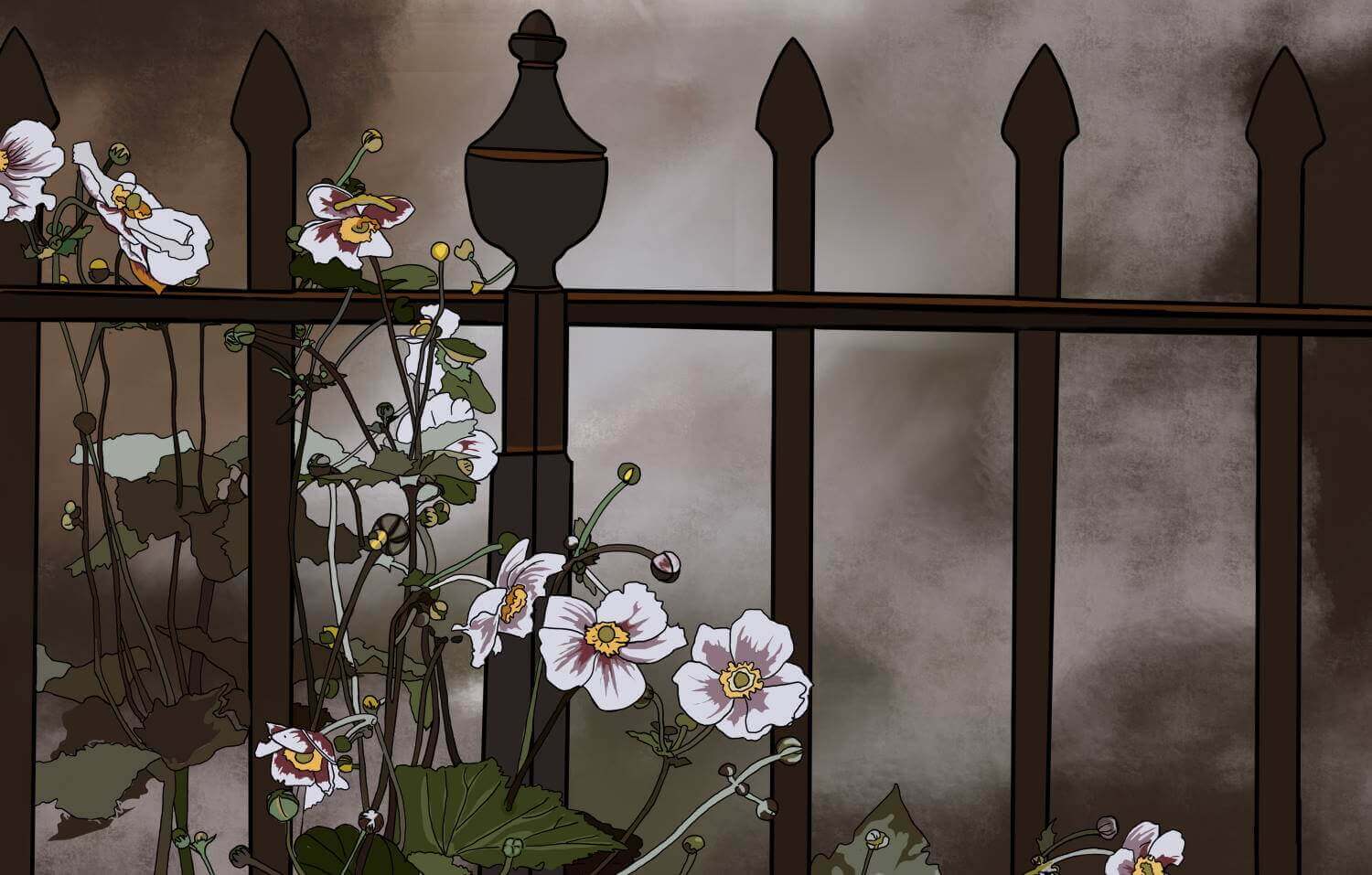 Rebecca is undoubtedly the most popular novel that du Maurier has penned in her life. Published to great acclaim in 1938, this novel has been capturing the hearts of readers across the world even today. It has never gone out of print even once. The author skillfully weaves a tale full of thrilling mystery and suspense centered around the beautiful house of Manderley – a mystery that is never quite resolved even after the last page.

A Masterful Story of Suspense

The immense success that Rebecca has enjoyed over the years can be attributed to the brilliant storytelling skills of the author. Du Maurier’s literary signature was crafting a story filled with suspense – something which reached its peak in her best-seller, Rebecca.

Rebecca is a dexterous story that takes the readers into a world of suspense and mystery with the beautiful Manderley as the backdrop. With every line that du Maurier writes, the suspense deepens until the reader is longing for the truth to come out. At the same time, the reader does not know whether truth can be trusted at all.

This air of uncertainty partly comes from the first-person narrative that du Maurier has adopted in this novel. The story is entirely narrated from the perspective of Mrs. de Winter. The readers are not given the privilege of knowing the narrator’s first name or maiden name – nor are they told what kind of person she is. It is left to the readers to deduce information about the narrator herself, which adds an air of thrilling mystery to the novel.

Each character in Rebecca has their version of events which makes it is impossible for the reader to accept anyone’s account as completely “true”. Admittedly, Maxim killed his ex-wife because of her affair with another man, but with Rebecca dead, we can never tell whether Maxim was telling the truth or not. As readers, we simply have to take his word for it.

Daphne du Maurier has constructed the novel in such a way that the suspense never ceases, not even in the very last paragraph. Things keep getting murkier as the novel progresses. Even the justice system is unable to get to the truth of the matter, and the local magistrate wrongly rules Rebecca’s death as a case of suicide.

The relief the characters felt after the ruling was only short-lived and in du Maurier’s expert hands, the suspense continues. A major twist occurs towards the very end of the novel. Mrs. Danvers has disappeared and Maxim feels a sense of foreboding. The young couple rushes back home only to find that their beloved home had been set on fire. While we assume that this was Mrs. Danvers doing, du Maurier does not provide any information to either confirm or deny this. As a result, Rebecca is an accomplished story of suspense written by an expert storyteller who knows exactly how to entrance her readers.

Du Maurier has managed to create some extremely complex characters in Rebecca. The protagonist of the novel, though she remains unnamed, is a brilliant study in jealousy. She comes from a working-class background, is pure, naïve, shy, and innocent. The glamorous and talented Rebecca is the cause of the narrator’s intense feelings of jealousy and insecurity.

Rebecca is entirely the opposite of Maxim’s new wife. She is outgoing, extremely sociable, highly talented as a sportswoman and a hostess – not to mention the fact that she was supremely charming and beautiful at the same time. Rebecca almost seems to be an unreachable ideal that Mrs. de Winter can never reach. She believes that everybody in the world wants nothing more than to compare her with Rebecca. Mrs. de Winter is so blinded by jealousy that she even begins to believe that her husband is still in love with his dead wife.

However, we soon find out that the characters are not what we thought they were. Rebecca was not the charming, talented, and wonderful person that Mrs. de Winter had come to believe. Instead, she was a malevolent and wicked woman with a mean streak. She also defiled her marriage by sleeping with a string of men, one of them including the crude and questionable Jack Favell.

Maxim de Winter undergoes a similarly radical development in Rebecca as well. When we meet him in the beginning at Monte Carlo, he comes across as a cultured English gentleman who has never stepped a toe out of line. He continues with his quiet and reserved facade, which is mistakenly attributed by the rest of the community to his wife’s untimely death. Maxim garners sympathy from both the characters as well as the readers for being a tragic, grieving widower.

However, we soon find out that this is not the case. Maxim is, in fact, a murderer at large. Not only did he kill his ex-wife and pass it off as a tragic boating accident, but he successfully deceived everyone (including his new wife) for the rest of his life.

Mrs. de Winter also goes through immense character development. By the end of the novel, she is no longer the shy and innocent girl that Maxim met in Monte Carlo. Instead, she has turned into a self-assured and confident woman that knows her place in her marriage. Inevitably, she also taps into her latent dark side. By the end of the novel, Mrs. de Winter is willing to go to any extent to protect her husband, even lie and perjure herself.

Mrs. Danvers, the housekeeper at Manderley, is the only other significant character in the novel that shows some amount of transformation. The author has painted her in a gothic light – with a dark and ghostly appearance and a sinister atmosphere about her. While the character of Mrs. Danvers hardly changes from being evil and sinister, she is occasionally shown in a pitiable state that makes Mrs. de Winter feel sorry for her.

Daphne du Maurier as a Powerful Creator of Setting

Just like du Maurier is an excellent writer of character, she is also a brilliant creator of setting. Du Maurier begins the novel with beautiful yet realistic descriptions of Monte Carlo. Further into the novel, the readers are delighted with the soul-stirring and nostalgic descriptions of Manderley house. Du Maurier outdoes herself in beautifying the landscape at Manderley estate while also providing it a tantalizingly haunting air. Every inch of the house is given an air of charm and a touch of mystery at the same time. The same can be said for du Maurier’s picturesque description of nature – the rhododendrons and azaleas in “Happy Valley,” the cove near the edge of the sea, the raging storm on the night that Rebecca was killed – are all painted with a plaintive and chilling air. All in all, Rebecca is set in a place that is romantic, suspenseful, mysterious, and Gothic – all at the same time.

What is the film ‘Rebecca‘ about?

The film, ‘Rebecca‘ is based on a novel by Daphne du Maurier called ‘Rebecca.’ The film follows the story of a young woman who moves into Manderley house as a newlywed with her husband, only to be haunted by the ghost of her husband’s ex-wife.

Is ‘Rebecca‘ a true story?

No, ‘Rebecca‘ is not a true story. However, there are several autobiographical elements in the novel, including the descriptions of Manderley house, which were inspired by Daphne du Maurier’s visits to Cornwall and Menabilly. The central plot is also inspired by the author’s own marriage where she was jealous of her husband’s gorgeous ex-wife.

What is the twist in the book, ‘Rebecca?’

The book, ‘Rebecca‘ by Daphne du Maurier has more than one twist in the end. The first twist occurs when the narrator discovers the truth about how Rebecca was a malevolent and deceitful woman whom her husband hated. The second twist occurs when the characters find out that Rebecca had been terminally ill from cancer and was infertile, not pregnant with another man’s child, as was previously believed.

What kind of books does Daphne du Maurier write?

Daphne du Maurier moves seamlessly through various genres. She writes novels and short stories that span several genres, including gothic fiction, romance, mystery, crime fiction, biography, autobiography and so on. She is known as the “mistress of suspense” and is best known for her classic masterpiece, ‘Rebecca.’

Rebecca Review: Daphne du Maurier as the Mistress of Suspense

Rebecca by Daphne du Maurier is a masterful story of suspense. Published in 1938, Rebecca has remained popular even today. The most notable aspect about this novel is the chilling air of mystery that du Maurier has managed to construct especially around the house of Manderley. There is immense character development throughout the novel. The setting of the novel is unrivaled, and the readers are left with an unforgettable image of Manderley and the beautiful landscape.