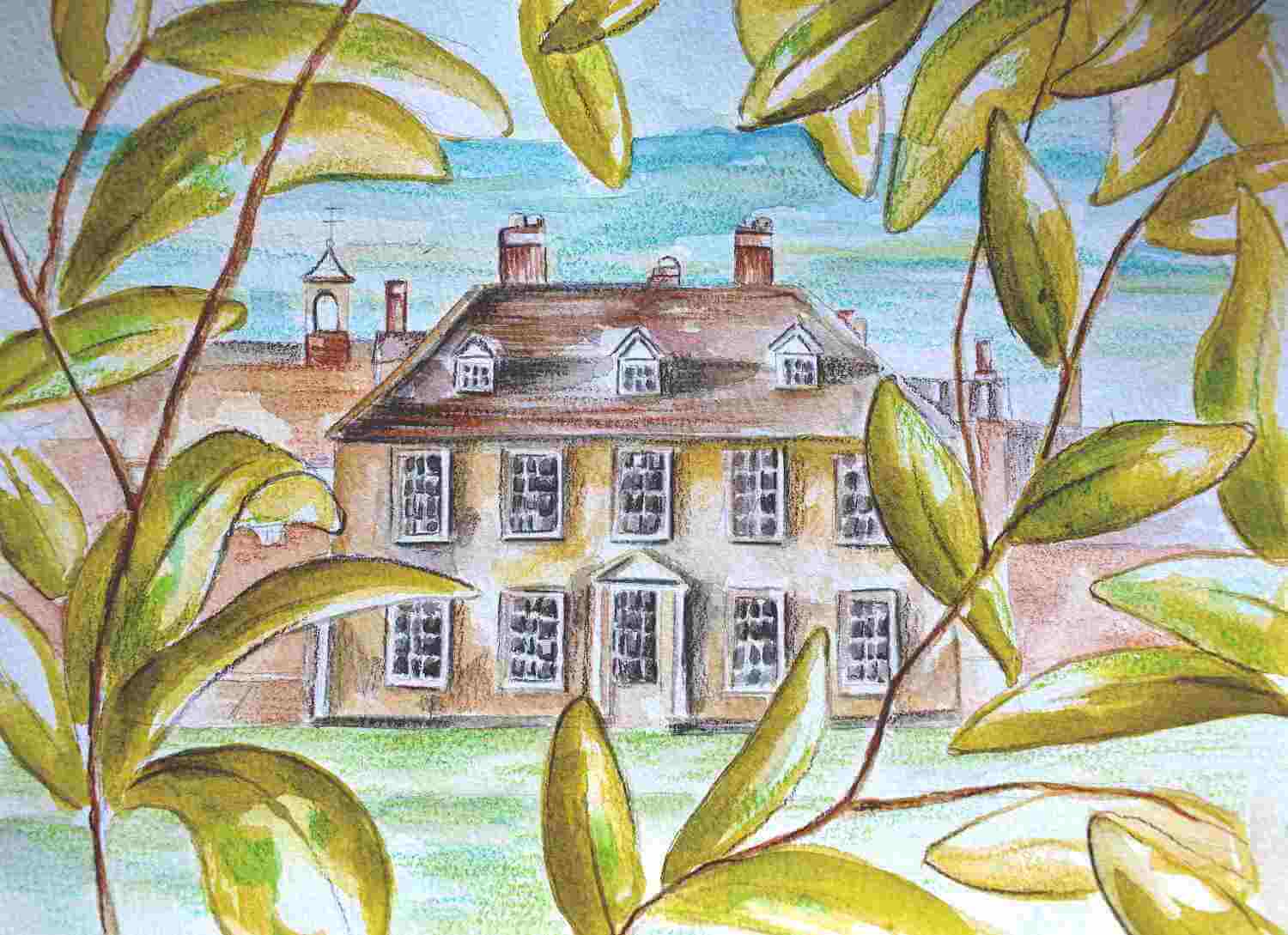 ‘Rebecca’ is sprinkled with a number of memorable quotes that capture the themes of the novel beautifully.

A chilling tale of romance and mystery, ‘Rebecca‘ narrates the story of a young female narrator who marries an older woman. As she moves into the wealthy and beautiful estate of Manderley, she begins to be haunted by the ghost of her husband’s ex-wife, Rebecca. A hauntingly beautiful tale of suspense with a hint of macabre, this novel has a number of memorable quotes that capture the essence of the novel perfectly.

Last night I dreamt I went to Manderley again

This is the very first line of the book, ‘Rebecca,’ and arguably one of the most famous quotes from the novel. This line is written in poetic prose which immediately sets the romantic tone of the novel. The heroine utters this line right at the beginning, and we sense that there is some amount of longing in her voice as she speaks of her dream. Manderley, the predominant setting of the novel is also introduced to us in this line, although we are not told anything more than its name. This serves to produce an air of mystery around the house Manderley and forces the reader to question, “What is Manderley, and what is so special about it?”

I won’t push you. I won’t stand by you. You can jump of your own accord. What’s the use of your staying here at Manderley? You’re not happy. Mr. de Winter doesn’t love you. There’s not much for you to live for, is there? Why don’t you jump now and have done with it? Then you won’t be unhappy any more.

These words are spoken by Mrs. Danvers the day after the disastrous costume ball. Even though Mrs de Winter encounters Mrs. Danvers in a pitiable state just moments before, her personality turns completely around as she begins spinning lies to the heroine – to such an extent that Mrs. Danvers even convinces Mrs. de Winter to contemplate jumping out of the window and killing herself. This is just one of the few examples of the lies and deceit that are spread throughout the novel.

Every single character in the novel is involved in deceitful activities, starting from the shy and insecure heroine who tries to hide from her husband the fact that Jack Favell had visited the house, to the mentally challenged Ben who hides the sinful activities he saw Rebecca engaged in.

She was dead. She had been dead now for a year. She lay buried in the crypt of the church with all the other dead de Winters.

These lines run through the mind of the second Mrs de Winter as she reflects on her predecessor, Rebecca. Rebecca haunts Mrs. de Winter wherever she goes and she is unable to shake the thought that Rebecca is somehow alive and is attempting to get her vengeance on the woman who replaced her in Maxim’s life.

Death is an ever-pervading theme in the novel and it is mentioned several times by almost every character. It is, however, most notably seen in the author’s description of the housekeeper, Mrs. Danvers.

Someone advanced from the sea of faces, someone tall and gaunt, dressed in deep black, whose prominent cheekbones and great, hollow eyes give her a skull’s face, parchment white, set on a skeleton’s frame… When she took my hand hers was limp and heavy, deathly cold, and it lay in mine like a lifeless thing.

This is the very first time that Mrs. de winter meets Mrs. Danvers, and the housekeeper is immediately described as a cold, deathly and lifeless person.

It seemed to me, as I sat there in bed, staring at the wall, at the sunlight coming in at the window, at Maxim’s empty bed, that there was nothing quite so shaming, so degrading as a marriage that had failed. Failed after three months, as mine had done.

When the heroine and Maxim fall in love with each other and decide to get married, the seed of doubt is planted in the heroine’s mind by Mrs. Van Hopper who tells her that Maxim only wants to marry her to fill up a big, empty space in his life. Mrs de Winter soon begins to believe this as true, and she harbors feelings of insecurity in the marriage – enough to call it a failed marriage within 3 months of the wedding.

Marriage is an important affair Mrs. de Winter, and a failed marriage is absolutely disastrous. She thinks that there is absolutely nothing “so shaming, so degrading as a marriage that had failed.” So sacred is the institution of marriage that the protagonist goes to any extent to protect it. Even when she discovers that her husband is a killer, she tries to protect him and her marriage at all costs. Interestingly, the law during the time allowed her to lie for her husband without committing a crime and was, therefore, encouraging towards her protective thoughts and feelings.

The importance of marriage bursts forth even in Maxim and Rebecca’s situation. As terrible as their relationship had been, they tried their best to keep up the delusion of a glorious marriage to the outside world.

They think we live together at Manderley as husband and wife, don’t they? And so does everyone, your friends, all our little world. Well, how are you going to prove that we don’t?… Haven’t we acted the parts of a loving husband and wife rather too well?

Rebecca and Maxim had successfully deceived the entire world regarding their marriage. The two of them cared too much about the appearance of a good marriage rather than the reality of it – something which the new Mrs. de Winter seems to hanker after too.

I know people are looking me up and down, wondering what sort of success I am going to make of it. I can imagine them saying, “What on earth does Maxim see in her?”… You see, I know that all the time, whenever I meet anyone new, they are all thinking the same thing – How different she is to Rebecca.

The above lines are spoken by Mrs. de Winter as she confesses to Frank Crawley regarding her feelings of jealousy and insecurity. Not only does she constantly compare herself to Maxim’s dead wife, but she truly believes that everyone else around her is doing the same as well.

The beginning of Mr. and Mrs. de Winter’s marriage is fraught with jealousy. Mrs. de Winter cannot help feeling envious of her predecessor, Rebecca, as she continues to hear how glamorous and charming Maxim’s ex-wife had been when she was alive. This, combined with the fact that Mrs. de Winter comes from a working-class background works against her and causes her to feel an immense amount of jealousy towards Rebecca. It does not matter that Rebecca is dead – she believes that Rebecca was so brilliant and talented that people would prefer a dead woman to herself.

The road to Manderley lay ahead. There was no moon. The sky above our heads was inky black. But the sky on the horizon was not dark at all. It was shot with crimson, like a splash of blood. And the ashes blew towards us with the salt wind from the sea.

The latter part of the novel is concerned with establishing whether Rebecca’s tragic death was a case of suicide or murder. Maxim de Winter is accused by Jack Favell of killing Rebecca and the local magistrate sets out to investigate. His investigation comes to a halt, however, when the doctor’s report reveals the fact that Rebecca had been terminally ill from cancer. Instead of proving Maxim’s motive for murder, this information instead provided Rebecca with a good enough motive for suicide and the matter is laid to rest.

However, it seems impossible for Maxim de Winter to escape scot-free from his crime. The very same day that he is absolved of all suspicion is the day that his house is set on fire. Manderley house is more dear to him than anything else in this world and watching it go down in flames is almost as hurtful as any other punishment that he could have got from the legal system.

There is also a sense of poetic justice at play here. The very last line of the novel, “And the ashes blew towards us with the salt wind from the sea” is written in the poetic anapestic tetrameter – which not only showcases the author’s unique writing style but also serves to provide poetic justice to a criminal at large.

How is Rebecca described in ‘Rebecca?’

Rebecca is the most dominant character in the novel, ‘Rebecca‘ by Daphne du Maurier. Despite the fact that she is dead, her presence is felt everywhere in Manderley. She is described in glowing terms by everyone in the beginning – as a charming, talented, and beautiful young woman. However, her husband, Maxim later describes her as a wicked and malevolent woman who was “incapable of love, of tenderness, of decency.”

Do we see Rebecca in ‘Rebecca?’

Rebecca, the titular character in Daphne du Maurier’s novel, is long dead before the novel even begins. As such, she never makes an appearance in the novel except for in the memories and recollections of the living characters. The readers mainly know about Rebecca through the descriptions of the narrator and those around her.

Was Rebecca a sociopath?

Rebecca has never been described as a ‘sociopath’ by the author, Daphne du Maurier in the novel, ‘Rebecca.’ However, she does possess some sociopathic tendencies (such as being deceitful and dishonest with the people around her). She is also blatantly disregarding the feelings of others, especially her husband. However, these attributes alone are not enough to label one a sociopath.

Who wrote the novel, ‘Rebecca?’

Daphne du Maurier, a 20th Century best-selling author, wrote the novel, ‘Rebecca.’ Daphne du Maurier was a popular short story and novel writer who penned famous works such as ‘Jamaica Inn,’ ‘The Frenchman’s Creek,’ ‘The Loving Spirit, Birds: The Stories,’ ‘My Cousin Rachel,’ ‘The Scapegoat‘ and so on.