Readers can find several memorable quotes amongst Daphne du Maurier’s huge repertoire of books and short stories. These quotes capture many riveting themes including nostalgia, love, and torment, and several others. 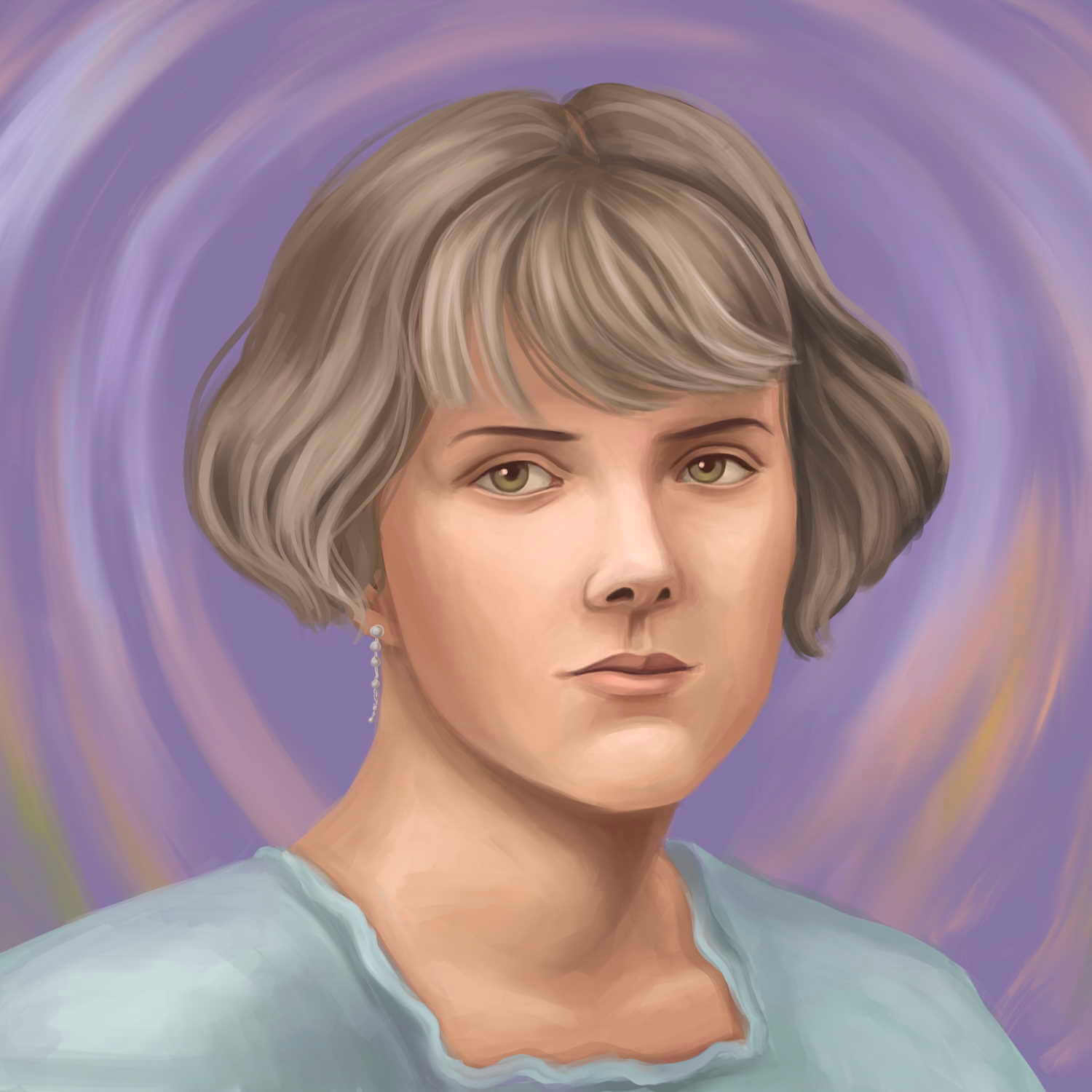 Daphne du Maurier is known to be a master craftsman with words. She has penned several unforgettable novels starting from the thrilling smugglers’ tale of Jamaica Inn to her all-time best-seller, Rebecca. Within these books, readers are bound to come across several indelible quotes that capture the major themes that du Maurier wished to convey through her novels, including nostalgia, love, and torment, breaking free from societal restrictions, the fleeting nature of time, and the act of writing itself.

Last night I dreamt I went to Manderley again.

This is one of the most iconic lines in the history of English literature. Found at the very beginning of the novel, Rebecca, these lines are uttered by the narrator, Mrs. de Winter. Mrs. de Winter has just woken up from a dream about her beautiful house, Manderley. Unfortunately, the house is no more – it has been razed to the ground by a raging fire.

This line from Rebecca has become one of the most popular quotes by Daphne Du Maurier mainly because it can produce a sense of nostalgia and mystery like nothing else. Even though the narrator seems content with her husband in the present moment, she is unable to forget Manderley and everything that happened in that chillingly beautiful estate.

I wonder… when it was that the world first went amiss, and men forgot how to live and to love and to be happy.

Frenchman’s Creek is a novel that longs for a time in the past when society was free – free from all the limiting restrictions and strangling dictates that relentlessly confine men and women. Here, Daphne du Maurier yet again invokes a nostalgia for the glorious past – where men knew exactly how to live, to love, and to be happy.

Although Daphne du Maurier did not identify as a romance writer, most of her books have some element of romance in them. Several of her novels follow a love affair that is incredibly passionate, yet doomed for some reason or the other. Although the protagonists of her novels love each other intensely and fiercely, they are tormented by their love in various ways.

I wondered how it could be that two people who had loved could yet have such a misconception of each other and, with a common grief, grow far apart. There must be something in the nature of love between a man and a woman that drove them to torment and suspicion.

The above lines are narrated by Philip in My Cousin Rachel, as he realizes why the love between Rachel and her ex-husband, Ambrose, fizzled out. Rachel confesses to Philip that Ambrose never signed the will once he realized that Rachel is unable to have children. After this, the love they shared slowly turned into doubts and misgivings. Even though they loved each other, Ambrose continued to be tormented by Rachel’s past, while Rachel was torn apart from her loss of love that arrived from a loss of childbearing.

We all of us have our particular devil who ruses us and torments us, and we must give battle in the end.

Rebecca is a novel that explores love and jealousy in various forms. This particular line is uttered by Maxim de Winter as he refers to his wife, Rebecca a “devil” that tormented him to no end. Because of Rebecca’s torment, Maxim ultimately led to a loveless and unhappy marriage. Similarly, Rebecca becomes the “the devil” that torments Mrs. de Winter as well, as she begins to doubt the integrity of her husband’s love for her.

She knew that this was happiness, this was living as she had always wished to live.

Daphne du Maurier has always been a writer that loves exploring several themes and genres. One of the major themes of the novel, Frenchman’s Creek is breaking free from the clutches of society and exploring individuality. Dona, the protagonist in the novel, decides to break her shackles and explore the wild countryside, where she falls in love with a French pirate and experiences happiness like nothing else. She is finally able to give way to all her passions and desires, and live the life she always wanted.

Du Maurier delves into the theme of time in almost all of her novels. She explores how fleeting time is, although several of her characters seem to either be stuck in the past or worrying about the future.

And all this, she thought, is only momentary, is only a fragment in time that will never come again, for yesterday already belongs to the past and is ours no longer, and tomorrow is an unknown thing that may be hostile. This is our day, our moment, the sun belongs to us, and the wind, and the sea, and the men for’ard there singing on the deck. This day is forever a day to be held and cherished, because in it we shall have lived, and loved, and nothing else matters but that in this world of our own making to which we have escaped.

Frenchman’s Creek is a novel that is obsessed with the idea of “seizing the day” and this quote perfectly captures the essence of this theme. The above lines serve to reinforce the idea that the present is all we have, and we need to make the most of it.

This house sheltered us, we spoke, we loved within those walls. That was yesterday. To-day we pass on, we see it no more, and we are different, changed in some infinitesimal way. We can never be quite the same again.

Here, the narrator of Rebecca delves upon her past life at Manderley, a beautiful estate where she first began her married life with Maxim. Time has left its mark and she is unable to forget the past. Unfortunately, the estate is no more, and the narrator herself has transformed in a way that she is no longer the same innocent girl she used to be. All that is left for her to do now is move on and look to the future.

We are all ghosts of yesterday, and the phantom of tomorrow awaits us alike in sunshine or in shadow, dimly perceived at times, never entirely lost.

This particular line is taken from a book titled Myself When Young, The Shaping of a Writer which was composed by du Maurier towards the fag end of her life. Here, du Maurier reflects on how the past and the future seem to have such a tight grip on everyone, but especially writers. Although we are living in the present, it is the distant marks of the times gone by and the times that lay ahead that influence writers the most.

As a master storyteller of everything Gothic and macabre, death is a predominant theme that occurs in most of du Maurier’s books. One of the most famous lines that capture this theme is this one from Jamaica Inn:

Joss Merlyn, the head of the smuggling ring at Jamaica Inn tells this to the protagonist of the story as he explains how he and his smugglers kill sailors and loot the cargo from their ships. Interestingly, this is a line that is originally found in Robert Louis Stevenson’s Treasure Island, a classic that was a heavy source of inspiration for Daphne du Maurier in Jamaica Inn.

The Act of Writing

Du Maurier spent her entire career as a writer pondering over the act of writing itself. Starting from her very first novel, The Loving Spirit to one of her last works, Myself When Young, The Shaping of a Writer, she wondered where writers get their inspiration from and how they create their works of art.

The child destined to be a writer is vulnerable to every wind that blows. Now warm, now chill, next joyous, then despairing, the essence of his nature is to escape the atmosphere about him, no matter how stable, even loving. No ties, no binding chains, save those he forges for himself. Or so he thinks. But escape can be delusion, and what he is running from is not the enclosing world and its inhabitants, but his own inadequate self that fears to meet the demands which life makes upon it. Therefore create. Act God.

The above lines are taken from du Maurier’s first-ever published novel, The Loving Spirit. This particular quote captures the immense amount of dissatisfaction that acts as a source of inspiration for writers. Du Maurier explores the act of writing as a chance to escape where writing becomes a delusion that is far from the reality of the writer’s own inadequacies. This leads one to question whether du Maurier’s writing is a reflection of her failings, hopelessness, and shortcomings.

Where was Daphne du Maurier born?

Although Daphne du Maurier spent a great deal of her time at Cornwall, she was originally born in London, United Kingdom. Cornwall, however, seems to hold a special place in her heart, as several of her novels (such as The Loving Spirit and Jamaica Inn) are set in Cornwall.

How did Daphne du Maurier die?

Daphne du Maurier died of old age on April 20, 1989. Her health had been failing for quite some time, and she had lost the will to live during the fag end of her life. Admittedly, once du Maurier lost the ability for creativity and imagination, she was no longer interested in life. She passed away at the age of 81 due to poor health.

When was Daphne du Maurier born?

What are Daphne du Maurier’s most famous works?

Daphne du Maurier is most well-known for her novel, Rebecca, which was published in 1938. Some of her most famous works besides Rebecca include Jamaica Inn, The Frenchman’s Creek, My Cousin Rachel, Birds: The Stories and The Scapegoat.