The Catcher in the Rye Themes and Analysis 🗽

From youth to isolation and mortality, there are a myriad of themes in J.D. Salinger’s only novel, ‘The Catcher in the Rye.’

From youth to isolation and mortality, there are a myriad of themes in J.D. Salinger’s only novel, The Catcher in the Rye. These themes touch on the most important parts of the protagonist,  Holden Caulfield’s personality and tortured mental state. It is a desire for youth, fear of aging, appreciation for death, habitual isolation, and desire for a company that bog down the young man’s mind and help make The Catcher in the Rye the much-loved novel that it is today. 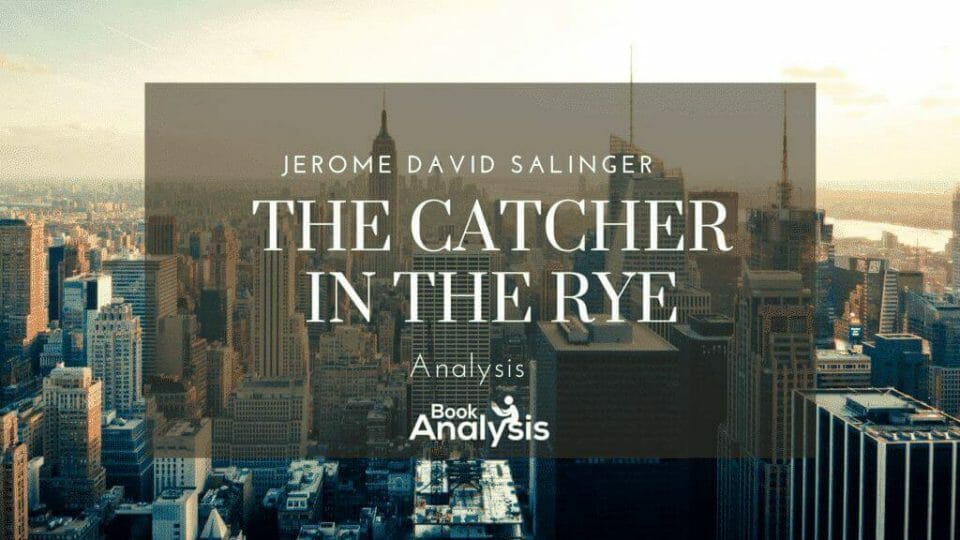 The Catcher in the Rye Themes

Throughout the novel, the reader is given examples of Holden’s preference for children over adults and youth over aging. He has a persistent fear of growing old and finds all the adults in his life to be fake and annoying. This can be seen through his interactions with the teachers and the way he shrugs off and even grows angry at their advice.

Additionally, Holden’s behavior should be read as a consistent rejection of maturity and the process of aging. He consistently gets kicked out of school and when he’s annoyed he gets angry and rejects other people. Or, most obviously, there is his desire to run away from his life, a solution that solves no problems.

Holden feels as though it’s impossible for him to find someone he relates to, aside from Jane who he met years before the novel started. Everyone around him is shallow, irritating, and distasteful. This is in part due to the consistent circle of similar peers he ends up in. Despite the different schools, he’s been to, they’ve all been for the upper class, rich kids. These kids act in a particular way and take advantage of their privilege.

Death is a topic that’s always on Holden’s mind. It is a consent part of his life, from when his younger brother died of leukemia before the novel began. There was also a past memory of a suicide he witnessed at one of his schools. A young boy, cornered in a room by bullies, jumped out the window rather than be attacked. Holden doesn’t fear death, at least when he sees it through the eyes of this student. He admits to respecting this boy’s choice. A reader should also consider the time period in which the novel is meant to take place, the 1950s, post-WWII. Death was something ever-present and on everyone’s mind.

Analysis of Key Moments in The Catcher in the Rye

Style, Literary Devices, and Tone in The Catcher in the Rye

Salinger makes use of several literary devices in The Catcher in the Rye. These include slang, narrative point of view, and symbolism. The first, slang, is a prominent feature of Salinger’s writing in this novel. As well as one of the main reasons the novel was rejected by critics when it was first published. Holden uses words like “flitty” to refer to gay men, frequently curses, and uses colloquialisms such as “pretty as hell”. These words stand in stark contrast to the “phony” adult world Holden is so opposed to.

Salinger provides the reader with Holden’s first-person perspective in the novel. In a sarcastic and judgmental tone, he tells his own story, looking back on the past. This means, considering holden’s state of mind at the time and in the present as he’s speaking, that he’s an unreliable narrator. A reader shouldn’t trust that everything Holden says is the truth or is a fulsome depiction of events or people. There is also a stream of consciousness elements in the novel. His words and thoughts run together, one after another as if there is no pause between him thinking something and saying it.

Symbols in The Catcher in the Rye

Tied intimately to the themes of youth and mortality, the baseball glove symbolizes the love he has for his younger brother and the anger he felt at his death. There is a distressing scene in the novel in which Holden’s roommate, Ward, speaks dismissively about a composition Holden wrote in regard to the glove. The glove is covered in poetry handwritten in green ink. These words are Holden’s way of making sense of the world and calming himself in times of terrible stress and anger.

The Ducks in Central Park

Holden repetitively asks cab drivers in New York City about the ducks in central park. They are a temporary feature of the park as they will, when the water freeze, fly away. He worries about where the animals settle when they’re not there. They symbolize his anxiety, fear of change and the passage of time. They can also be connected to Holden’s larger desire to leave his world behind. The ducks do so regularly and he can’t seem to escape at all.

One of the many moments of bright color in the novel, the hat symbolizes the most confident parts of Holden’s personality. He wears it to feel good and he likes the way he looks in it. It is at its most important at the end of the novel when he gives it to his sister, Phoebe before she goes to ride the carousel. Holden cries at the sight of her experiencing joy and wearing his hat.