How To Win Friends and Influence People Principles 📝

There are 30 principles in the book that can lead anyone to a great life of success when followed and practiced. 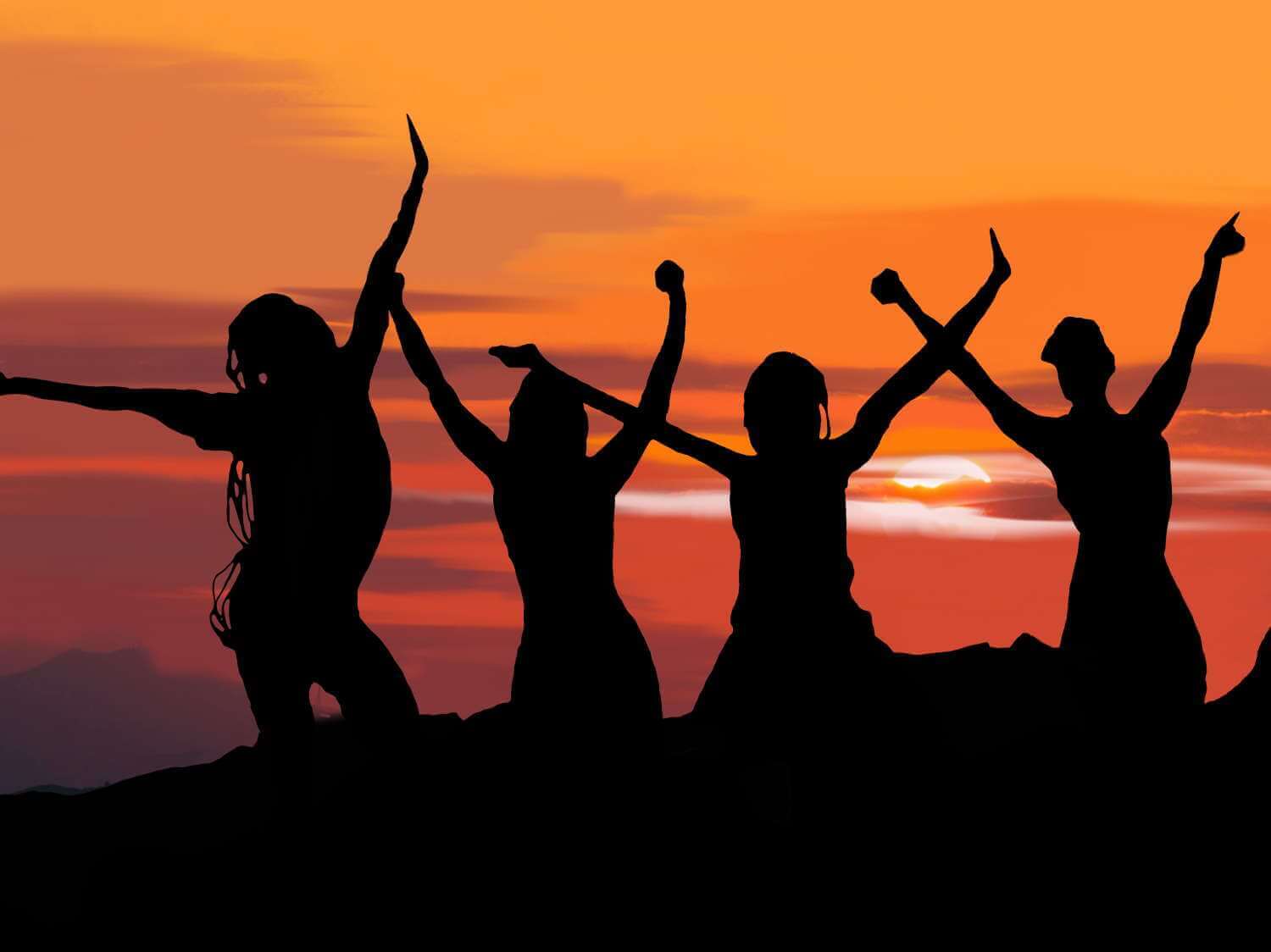 The principles are divided into four major parts in How to Win Friends and Influence People. Now, let’s discuss the principles one by one.

This principle tells us that criticism is futile because it puts the person you are criticizing on the defensive and usually makes him strive to justify themself. Criticism is dangerous because it wounds a person’s precious pride, hurts his sense of importance, and arouses resentment.

Principle 2. Give honest and sincere appreciation

Since it’s not always possible to use force, authority, or blackmail to get people to do something, we need to give people what they want. Most of our needs like food, sleep, clothing, money, housing, sex, and good health are met, but we equally desire it, but it is not met. The thirst for sincere appreciation, recognition to be considered important is what we all desire.

Principle 3. Arouse in the other person an eager want

The only way to influence other people is to talk about what they want and show them how to get it. Think always in terms of other people’s point of view in business or the home front. In sales, we can apply it this way. Instead of talking endlessly about products, explain how they can help the other person.

Your facial expression is much more important than the clothes you wear on your back. Be genuinely happy meeting people if you expect them to have a good time meeting you. Act as if you were already happy, and you will be because feelings follow actions. Always wear a smile on your face.

Principle 6. Remember that a person’s name is to that person the sweetest and most important sound in any language

Build a system for remembering people’s names. The average person is more interested in their own name than others. Our names set us apart, so it’s great when people remember and call us by our name.

Principle 7. Be a good listener

Encourage others to talk about themselves: Attentive listening is appreciated by everyone as we all want to be heard. It may be the irritated customer, the dissatisfied employee, or the hurt friend. Don’t interrupt when people talk to you, rather be interested in what they have to say.

Principle 8: Talk about the other person’s interests

The best way to get a person’s attention is to talk about what they value most. It is of better benefit to everyone to speak in terms of the other person’s interests.

Principle 9. Make the other person feel important and sincerely do it

We should endeavor to make people feel important by our words and actions. In that way, we can radiate a little happiness to them.

Principle 10. The only way to get the best of an argument is to avoid it

A man convinced against his will is of the same opinion still. A misunderstanding can be resolved by tact, diplomacy, conciliation, and a sympathetic desire to see the other person’s viewpoint instead of argument.

Principle 11. Show respect for the other person’s opinions

Never say, “You’re wrong.”: Few people are logical. Most of us are prejudiced and biased.

We sometimes find ourselves changing our minds without any resistance or heavy emotion, but if we are told we are wrong, we resent the imputation and harden our hearts.

Principle 12. If you are wrong, admit it quickly and emphatically

If you know that you are going to be rebuked, beat the other person to it and do it yourself. It is much easier to listen to self-criticism than to listen to condemnation from somebody else.

Doing so will very likely cause the other person to respond with a generous and forgiving attitude.

Principle 13. Begin in a friendly way

Principle 14. Get the other person saying, “yes, yes” immediately

Start a conversation by discussing the things on which you agree. Keep your opponent saying “Yes, yes” at the outset. The more “yeses” you can induce at the outset, the more likely you are to succeed in capturing the attention of our ultimate proposal.

Principle 15. Let the other person do a great deal of the talking

Let the other people talk themselves out. They know more about their business and problems than you do.

Listen patiently and with an open mind. Don’t interrupt. Talk less about you and your accomplishments. Only mention them when asked.

Principle 16. Let the other person feel that the idea is his or hers

So make suggestions rather than forcing your opinions on them.

Principle 17. Try honesty to see things from the other person’s point of view

Success in dealing with people depends on a sympathetic grasp of the other persons’ viewpoint. Cooperativeness in conversation is achieved when you show that you consider the other person’s ideas and feelings as important as your own.

Principle 18. Be sympathetic with the other person’s ideas and desires

Three-fourths of the people you will ever meet are hungering and thirsting for sympathy. Give it to them, and they will love you and do what you want.

Principle 19. Appeal to the nobler motives

A person usually has two reasons for doing a thing: one that sounds good and a real one. All of us, being idealists at heart like to think of motives that sound good.

Merely stating the truth isn’t enough. The truth has to be made vivid, interesting, and dramatic. You have to use showmanship.

One major factor that motivates people is a challenge. If the work is exciting and interesting, people look forward to doing a good job. Every successful person loves the game.

A barber lathers a man before he shaves him. It is always easier to listen to unpleasant things after we have heard some praise of our good points.

Start with praise and transition to a subtle criticism by using the word “and” instead of “but.” Calling attention to one’s mistakes indirectly works wonders with sensitive people who may bitterly resent any direct criticism.

Principle 24. Talk about your own mistakes before criticizing the other person

It’s easier to listen to a recital of your faults if the person criticizing begins by humbly admitting that he, too, is far from impeccable. Admitting one’s own mistakes even when one hasn’t corrected them can help convince somebody to change their behavior.

Give people the opportunity to do things themselves and learn from their own mistakes. This technique saves a person’s pride and gives him a feeling of importance.

Principle 26. Let the other person save face

Most times we find fault, issue threats, criticize a child or an employee in front of others, without even considering the hurt to the other person’s pride. Sometimes let them save and criticize later and in private.

Principle 27. Praise the slightest improvement and praise every improvement

Be “hearty in your approbation and lavish in your praise.”: When criticism is minimized and praise emphasized, the good things people do will be reinforced, and the poorer things will atrophy for lack of attention.

Principle 28. Give the other person a fine reputation to live up to

If you want to improve a person in a certain aspect, act as though that particular trait were already one of his or her outstanding characteristics.

Principle 29. Use encouragement. Make the fault seem easy to correct

Praise things others do right and minimize their errors. Give encouragement and others will desire to keep improving.

Principle 30. Make the other person happy about doing the thing you suggest

Dale Carnegie said we should admit to our mistakes instead of defending them. Why?

Mistakes are often misguided acts of judgment, and most times the mistake happens without our wish and out of our control. Dale Carnegie said it is better that we admit to the mistake, instead of hiding, as it helps us to progress and we can learn our lesson from it.

Is How To Win Friends and Influence People still relevant?

More than 80 years later, the book is still very relevant. The principles that Dale Carnegie taught in the book like, be a good listener, encourage others to talk about themselves, talk in terms of the other person’s interest and make the other person feel important sincerely; are things we can apply today and get results.

Explain: Do not criticize, condemn or complain.

It was Dale Carnegie who said, “Any fool can criticize, condemn, or complain.” It was the first principle in his famous book on How To Win Friends and Influence People. Criticizing people around us only makes us enemies and creates negativity. Complaining and condemning only puts negative points in the debit column of our personal and professional relationships.

What are the 6 ways to make people like you?

According to Dale Carnegie, there are 6 ways to make people like you. He wrote them in the book How to Win Friends and Influence People. They are: Become genuinely interested in other people, smile, remember people’s names, be a good listener, talk in terms of the other person’s interest and make the other person feel important.

How to criticize according to Dale Carnegie?

Dale Carnegie teaches us not to criticize but if you must do it, here’s how he proposes you go about it. Make constructive feedback by starting with praise and honest appreciation. Indirectly call attention to people’s mistakes and talk about your own mistakes before criticizing the other person. Ask questions instead of giving direct orders so the other person can save face.