‘Mockingjay’ is the third and final installment of the *Hunger Games” trilogy. It is one of the most successful books in the Young Adult genre. 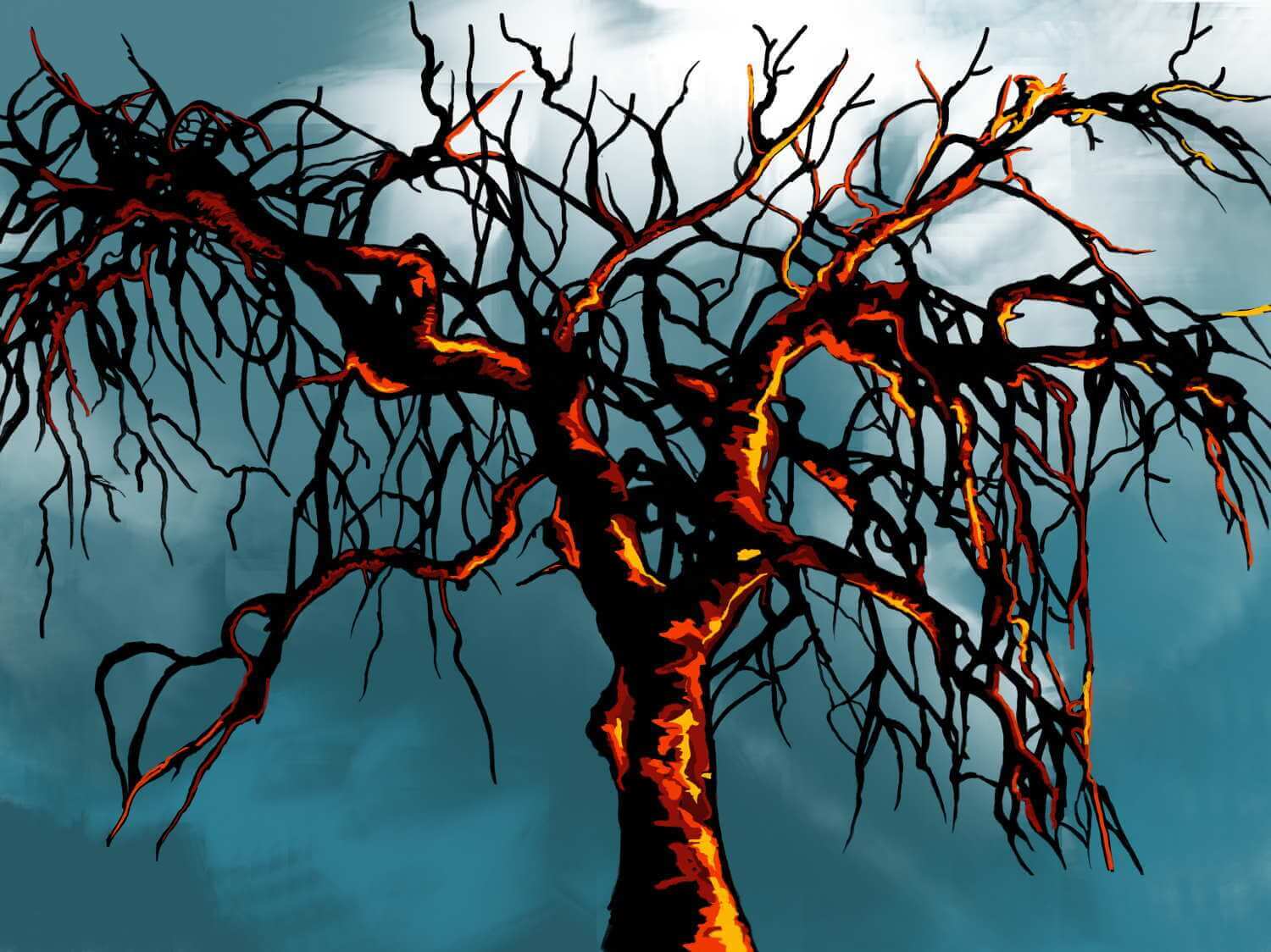 The novel provides an extremely satisfying conclusion to the Hunger Games trilogy. The writing is excellent, and the action in the novel is thrilling. A good amount of character development occurs, especially for the main characters of the novel. But the standouts in the novel include Collins’ exceptional use of symbols and her portrayal of the dangers of power.

Clever Use of Symbolism

Collins is a master at using symbolism in her novels. Two of the most predominant symbols used in Mockingjay include the white roses that are the accessory of choice for President Snow and the game of Crazy Cat invented by Katniss.

The roses that President Snow wears are the average white rose in his lapel. They are genetically modified to produce a sickly sweet scent. These roses have a multitude of meanings in the novel. Firstly, Snow wears these roses to mask the scent of blood in his mouth, which is constantly present due to blood sores. According to Finnick, Snow made his way to the top by poisoning everyone in his way, but he would drink a little bit of the poison to allay suspicion. This is what resulted in permanent blood sores in his mouth.

Secondly, the scent of the roses makes Katniss physically ill, as she associates the scent with President Snow’s ruthless nature. Every time she smells them, she is reminded of the fact that he has enough power to kill her loved ones. This is especially true of Peeta, who is currently in a vulnerable state at the Capitol. Snow also uses the roses to send Katniss messages throughout the novel.

Further, towards the end of the novel, Katniss throws a white rose into the fire in her house, proving that fire is capable of burning roses, much like she was capable of setting fire to President Snow’s power regime. Lastly, roses also become a source of healing for Katniss – in the form of primroses. The primroses that Peeta plants in front of Katniss’s house allow her to heal from her sister’s death and the horrors of war.

Similarly, Crazy Cat – a game invented by Katniss during the lockdown of District 13 – acts as a symbol both within the novel and outside it. Katniss plays the game with her sister’s cat, Buttercup. The game involves flashing lights on the ground and watching in amusement as the cat tries to capture the light in vain. Katniss soon finds out that Buttercup only plays the game when the light is just near enough to be reachable, but he gives up quickly when the light is too far away.

The reason Crazy Cat is an important symbol in Mockingjay is that Katniss realizes that it is the same game that President Snow is playing with her. By keeping Peeta alive, Snow is offering her just enough hope to keep her within control. However, she realizes that he could kill Peeta at any second, at which point he would lose any hold over Katniss. This means that Snow is going to continue torturing Peeta as long as Katniss is on the side of the rebellion.

Crazy Cat is of special importance because it reflects the nature of games played by those in power. This way, Collins uses a combination of symbols to not only take the plot forward but also act as a commentary on warfare and the military history of the world.

Other symbols that are of prominent importance include the Mockingjay bird, of course, and Katniss herself, who becomes a symbol of the rebellion. The arena tokens that Katniss carries around also act as important symbols that help remind her of the atrocities she has faced, and the safety she feels in District 13.

The Dangers of Power

Throughout the Hunger Games novels, Collins has depicted the struggle for control and the dangerous nature of power. However, in Mockingjay, she takes it to the next level. Here, several people are vying for control over Panem. First, there is President Snow who is struggling to maintain his position as ruler and dictator. Then, there are the rebels from District 13, who wish to establish democracy.

There is also President Coin, the leader of the rebellion, who wishes to overthrow President Snow only to take his place. And finally, there is Katniss, who is unwittingly caught up in the power struggle and has an incredible amount of influence over the districts. Too much power is a dangerous thing, no matter in whose hands it is, and Collins depicts this through the Hunger Games which is suggested by President Coin.

When the rebels have won, President Coin calls for a symbolic Hunger Games, that is, the Hunger Games to end all Hunger Games. However, the very notion of another Hunger Games, just when they have been freed from it, is barbaric to people. This is when Katniss realizes that Coin is just as bad as Snow, and she makes the radical decision to kill her. Thus, Collins warns us that when power is left in the hands of one person for too long, it can be dangerous. As such, she sends out a strong message that a democracy – where people’s representatives rule the nation – is the right foot forward for any nation to be fully free.

Mockingjay as a Conclusion

Mockingjay brings Katniss’s story to an end. Katniss ties up all of her loose ends, killing President Snow and obtaining freedom from the districts. Her sister has died in the fight, but Katniss now has another person to live for – Peeta.

Collins provides us with an intriguing, yet satisfying epilogue, where we see Katniss and Peeta happily married with two children. They are still haunted by their nightmares, but they remind themselves that the atrocities of the Capitol are in the past. They understand that their children will learn about them in history books and try to teach them not to repeat the same mistakes that Panem committed, from a young age.

The love triangle between Katniss, Peeta, and Gale also comes to a satisfying conclusion. Unfortunately, Gale’s enthusiasm for war has resulted in casualties on the side of the rebels – including Katniss’s sister, Primrose. There is no way to tell whether it was one of Gale’s death traps that killed Prim or not, but the likelihood is high enough for Katniss to be repulsed by Gale. She is thus left with a clear choice – Peeta, who is strong, gentle, and capable of muting the fire within her and providing her the safety and security she needs.

What does the symbol Katniss mean?

No, Haymitch does not die in the Hunger Games trilogy. He is a shrewd victor from District 12 who is determined to keep Katniss alive for the rebellion.

Why did District 11 riot when Rue died?

Katniss shows an incredible amount of humanity when her friend Rue dies in The Hunger Games. Because of this, the people of District 11 decided to honor Katniss and Rue’s memory by performing the three-finger salute.

Why does Peeta kill Katniss?

Peeta tries to kill Katniss in Mockingjay after he is rescued. This is because he has been “hijacked” by the Capitol, i.e., brainwashed into thinking that Katniss is a mutt created by the Capitol and a threat to his life.

Mockingjay Review: A Satisfying End to the 'Hunger Games'

Mockingjay is the last installment of the Hunger Games trilogy and it does not disappoint. It lives up to the expectations of the readers and delivers a satisfying conclusion. It is fast-paced, action-packed, and well-written, with clever use of symbolism. The novel perfectly showcases the dangers of power and accomplishes its goal of introducing the themes of warfare and political conflict to Young Adults.