‘Treasure Island’ tells the story of Jim Hawkins, a young boy who happens to come across a map to an Island, where Captain Flint, a pirate, has kept his treasures buried. 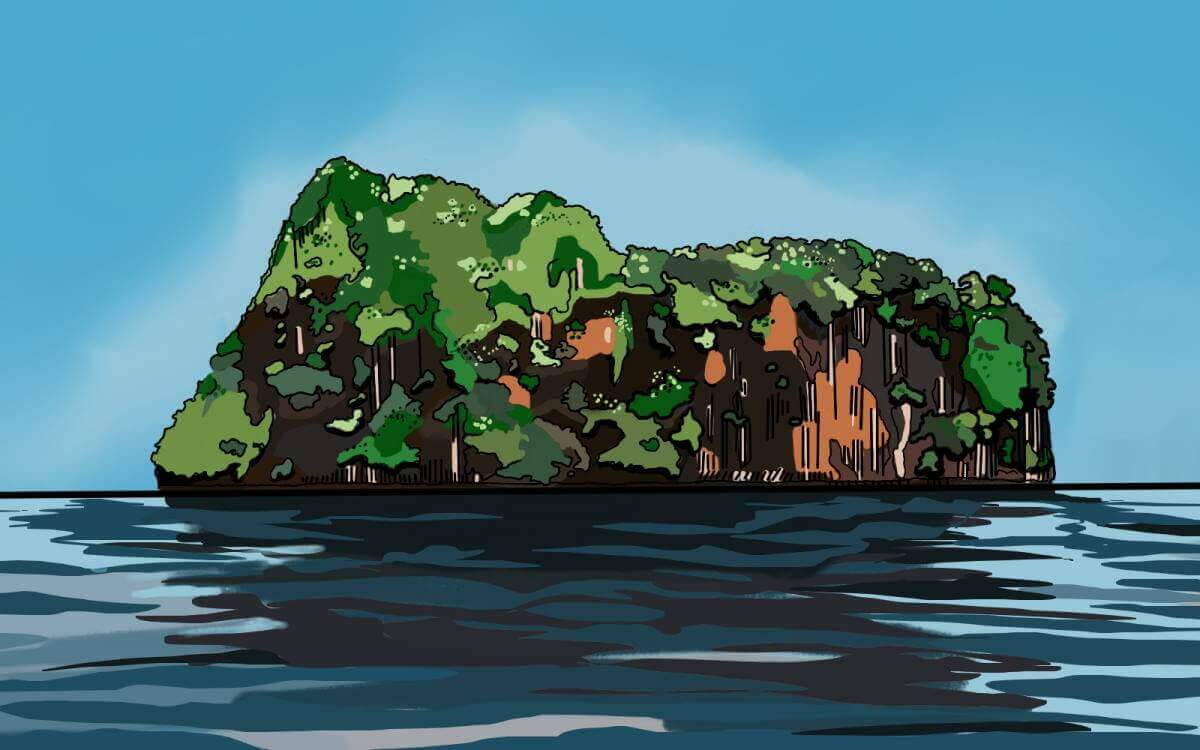 In this classic adventure novel, Jim narrates his dream come true sea voyage to the treasure island, the obstacles he had to go through, and how he safely brought back his people.

Treasure Island is a story of Jim Hawkins and an expenditure to bring back home the buried treasure from a faraway island. The story is narrated from Jim’s perspective, a young of about sixteen. R.L. Stevenson structured Treasure Island as a journal record kept by Jim at the request of Squire Trelawney and Dr Livesey.

Jim meets Billy Bones when he comes to stay at his father’s in Admiral Benbow, on the Bristol Channel, in England. He stayed for an unusually long time and failed to pay for his stay. Meanwhile, he comes across his former shipmates, Black Dog and Pew, a blind man, who hands over the black spot. But he suffers a stroke and dies even before the pirates reach the spot. Jim and his mother take away the money he owes them, and some papers, which were later recognized by squire Trelawney as a map to locate the mysterious treasures kept buried somewhere by Captain Flint.

Squire Trelawney soon set to action and arranges for a crew to guide them and help them through the journey on his schooner, the Hispaniola. As they were about to reach the shore, they realized that many crew members are none other than the pirates who served under Captain Flint. Moreover, the one-legged cook is Long John Silver, the one-legged sailor whose appearance Bones treaded.

When captain Smollett comes to know of their evil plan, he decides to act wisely and sends most of the crew members off the ship under the pretext of giving them a day off the sea. On an impulse, Jim follows Long Silver and his crew. Soon, all the crew members join the shore. In the meanwhile, Jim meets Ben Gunn, a marooned pirate on the island. Shortly following this, Silver gets hold of Jim and the map. As the story comes to an end, everyone gets their share of Gold. Silver escapes along with his share of the treasure.

Jim Hawkins lives with his parents in the “Admiral Benbow,” an Inn near Bristol, England, in the eighteenth century. As the story opens, an old sea captain named Billy Bones comes to their inn. He bid Jim lookout for a one-legged sailor.

A few months through his stay, he suddenly succumbs to a stroke. Meanwhile, he is presented with a black spot (an official pirate verdict of guilt or judgment) and narrates to Jim that his old crew members are after his sea chest. Intrigued, Jim, accompanied by his mother, opens the chest to find the gold hidden at the bottom and some papers wrapped in an oilcloth. In the meantime, they hear the approaching footsteps and leave with the documents before Billy’s pursuers ransack the inn.

Jim meets Dr Livesey and Squire Trelawney, safely escaping the pirates, the contents he has snatched from the sea chest. They recognize it as a map and logbook of a huge treasure buried by the infamous Captain Flint on a distant island. Excited, Trelawney immediately sets out to plan an expedition in his ship, the Hispaniola. He hires crew members and appoints captain Smollett to guide them through their navigation. The ship sets sail for Treasure Island, and when they were about to reach the Island, Jim overhears Long John Silver’s conversation and realizes that most of their crew members are none other than the pirates who once sailed with Flint.

Jim shares the matters with the trio, Captain Smollett, Dr Livesey, Squire Trelawney, about Silver and his plan for a mutiny. When they reach the Island, Captain Smollett devises a plan and sends the mutineers off the ship on the pretext of giving them leisure time onshore. On impulse, Jim sneaks into the boat and goes ashore. The moment they reach the shore, he hides at a safe distance. Unfortunately, after witnessing Silver murdering a sailor who refuses to join the mutiny, he runs further into the island. In the heart of the island, he comes across a man named Ben Gunn, marooned by Flint’s crew members years earlier.

On the other hand, Smollett and his men leave the ship and shelter in a stockade the pirates have built on the shore. Eventually, Jim also joins them in the stockade, along with Ben. Soon, Silver visits and attempts a negotiation with captain Smollett, who in turn denies a meeting with him. As expected, the pirates attack the stockade the next day, and the captain gets wounded.

Taken by his impulse, Jim sneaks away from the stockade in search of Ben’s handmade boat hidden in the woods. When he finds the boat, he sails out to the anchored ship and cuts it adrift, with the hope of depriving the pirates of a means of escape. Unexpectedly, on his return, his boat drifts near the pirates’ camp. Luckily, he escapes without being discovered.

Jim returns to the stockade only to find the pirates occupy it. Moreover, Jim was flabbergasted when Silver tells him that the captain has given the treasure map and other things in exchange for their lives. However, Jim realizes that Silver is having trouble managing his men, as they accuse him of treachery. Thus, Silver forms an alley with Jim and requests him to pretend as a hostage, in turn, help each other survive. Despite his clever plan, the crew informs him that he has been deposed as their commander. Desperate, Silver had to show them the map to gain control over the crew.

Appeased by the sight of the map, the crew set out to the treasure site. But to their bewilderment, they find it being excavated and the treasure removed already. Dr Livesey, Ben Gunn, appears on the scene and starts to fire at the pirates to add chaos to the situation. Scared the crew flees in various directions, while Jim and Silver are directed by the others to Ben’s cave. To their surprise, they come to know that it was Ben who excavated the treasure.

They spend three days carrying the loot to the ship and decide to set sail for home. They encounter some of the mutineers. Still, they were left marooned despite their pleas. Silver, who accompanies them, sneaks off the ship one night with a portion of the treasure and is never heard from again. Others in the ship happily settle with their portion of the reassure. Jim, the novel’s protagonist, swears off treasure-hunting forever and suffers from nightmares about the sea and gold coins.