‘Coraline’ by Neil Gaiman is a brilliant work of children’s literature that captures a number of fascinating themes and intriguing symbols that enrich the story in multiple ways. 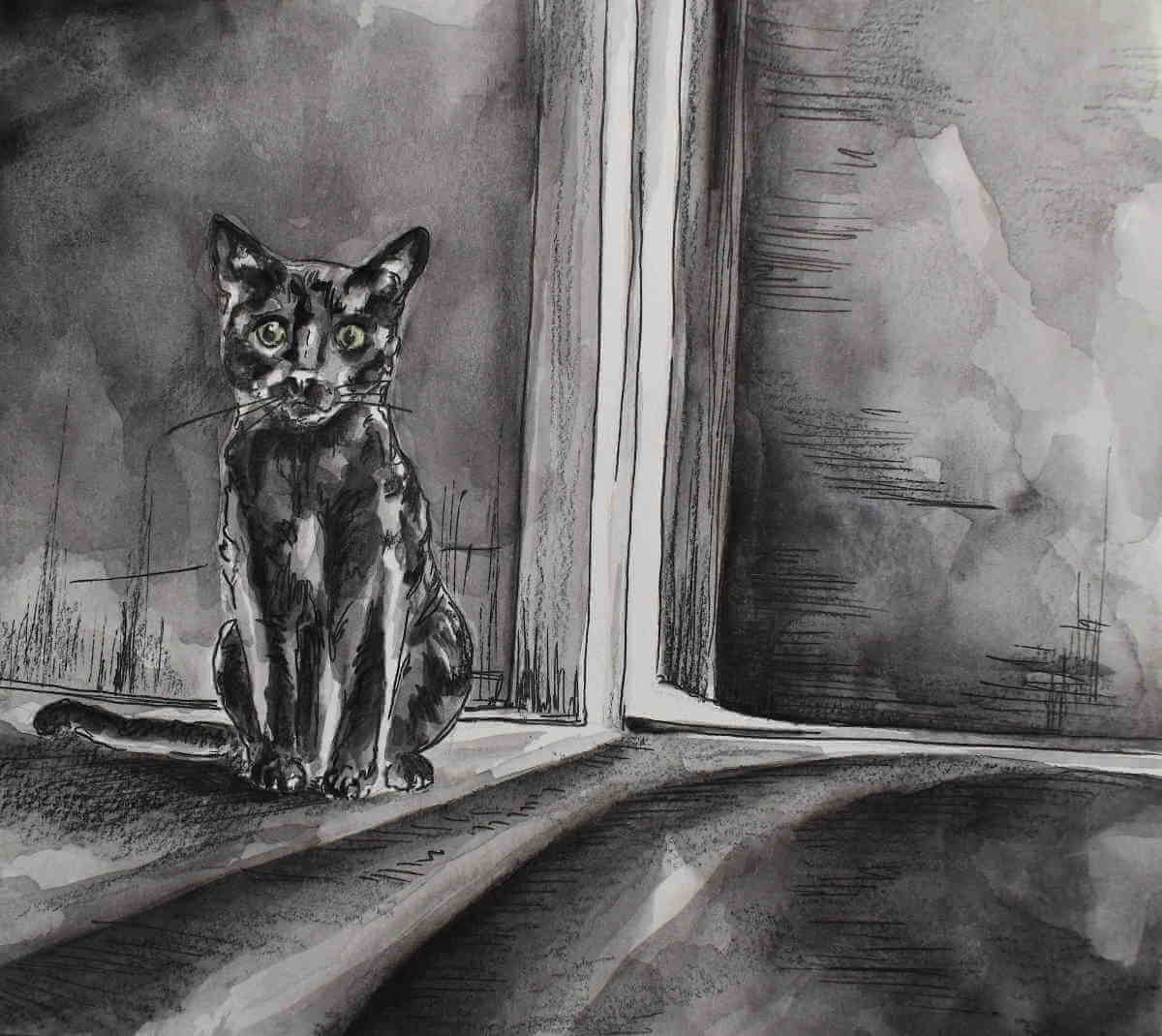 Coraline is a marvelous piece of dark fantasy children’s literature that flits in and out of various themes. Some of the most popular themes that can be discerned from the novella include courage, a quest for identity, the power of imagination, self-sufficiency, good versus evil, and so on. Several important symbols can be gleaned out from Coraline as well, including the button eyes of the evil Other Mother, mirrors in the novella, and the key to the door in the drawing-room.

Coraline by Neil Gaiman is fundamentally a story about facing your fears. There are several times when Coraline is faced with frightening circumstances, but she steels herself to fight through it all. Coraline receives inspiration from her father about bravery, where he sacrifices himself to a bunch of wasps in order to help Coraline escape. Her father tells her that one can only be brave when one is scared.

“And he said that wasn’t brave of him, doing that, just standing there and being stung”, said Coraline to the cat. “It wasn’t brave because he wasn’t scared: it was the only thing he could do. But going back again to get his glasses, when he knew the wasps were there, when he was really scared. That was brave.”

The Power of Imagination

Coraline is constantly bored and looking for ways to spice up her everyday life. She often turns towards her imagination to make her life better. Once, when she was asked where she had gone, Coraline makes up a story about alien abduction that is much more exciting than the mundane reality. The fact that Coraline has a vivid imagination calls the truth of her adventure into question. Did she really meet with the Other Mother in the parallel universe or was it all just her imagination?

Despite being a 9-year-old girl, Coraline is fairly self-sufficient. Since her parents are always busy and have no time to play with her, Coraline learns to amuse herself and keep herself busy. In the absence of her parents, she is even able to sustain for 3 whole days by herself. Coraline is also capable of defeating the Other Mother through her own courageous spirit and witty personality – although she is not opposed to receiving help when required.

One of the major themes in Coraline includes the tussle between ‘good’ and ‘evil’. Coraline is constantly forced to dig deep into her morals and virtues as she comes face to face with the evil beldam. Ultimately, good trumps evil as Coraline grows drastically as an individual and discovers her true self through her adventures.

The Deceptive Nature of Appearances

The story of Coraline points towards how mirrors (both literal and metaphorical mirrors) can lie to us regarding appearances. The parallel universe that Coraline visits seems exactly like her old house but new and improved in various. The alternate house has everything Coraline wished she had in her own apartment, including exciting toys and adventurous clothes. However, Coraline soon realizes that these aspects of the parallel universe are only skin-deep. They do not hold any real value, and she begins to realize that it’s all a mere illusion.

In the beginning, Coraline is dissatisfied with her family’s lack of interest in her activities. She is constantly bored and looking for something new and exciting. After her adventure in the alternate universe, however, she comes to realize that not every family can be perfect. She begins to feel more affectionate towards her parents and accepts them for who they are.

Coraline also learns to find contentment in her everyday reality. She understands that there is magic in the mundane and the boring, and learns to appreciate what she has.

Analysis of Key Moments in Coraline

The writing style of Coraline is simple, matter of fact, and child-like. The story is narrated from a third-person limited perspective from the point of view of the protagonist, a young 9-year-old girl named Coraline Jones. The narrative, therefore, focuses on descriptions of actions and surroundings, and simply “tells it like it is.” For instance, read this quote from Coraline,

While the writing style is descriptive and child-like in nature, the tone of the novel is calm and curious. It does not betray any emotions and carries on in a level-headed manner even if there are frightening circumstances occurring in the story. Such a tone makes it easy for children to read, as it does not require the use of complicated sentences or words.

The key to the door at the end of the corridor represents safety and freedom. Coraline and the Other Mother undergo a fierce fight for the key, with Coraline emerging victorious in the end. Coraline also cleverly ensures her safety by trapping the key itself, thereby preventing the Other Mother from getting a hold of it for the rest of her life.

What is the storyline behind Coraline?

Coraline by Neil Gaiman follows the story of a young 9-year-old girl named Coraline Jones, who comes across a parallel universe at the end of a mysterious corridor in her home. She meets an evil creature, the beldam, or the Other Mother, who traps her parents in the other world. Coraline uses her courage and wits to defeat the Other Mother and rescue her parents successfully.

What is the moral of Coraline?

The moral of Coraline is “Be careful what you wish for.” At the beginning of the story, Coraline is deeply dissatisfied with her life and is constantly bored by the mundane realities of her surroundings. However, she learns to appreciate the magic of everyday life by the end of the novel.

What is Neil Gaiman’s most popular book?

Neil Gaiman’s most popular book is arguably American Gods, which was published in the year 2001 to great critical acclaim. The novel won the Nebula and Hugo awards in 2002. However, there are several other books written by Neil Gaiman that compete for the top spot, including Coraline, Stardust, the Sandman series, and The Graveyard Book.

What does Coraline symbolize?

Coraline symbolizes several things, most notably the fight between good versus evil. The protagonist of the story, Coraline is pitted against the evil beldam or the Other Mother. The two of them fight it out amongst each other with Coraline emerging victorious in the end.