Several delightful characters abound the novella, “Coraline” by Neil Gaiman. Starting from adventurous Coraline herself to the sinister Other Mother, each character is highly unique with intriguing personalities. 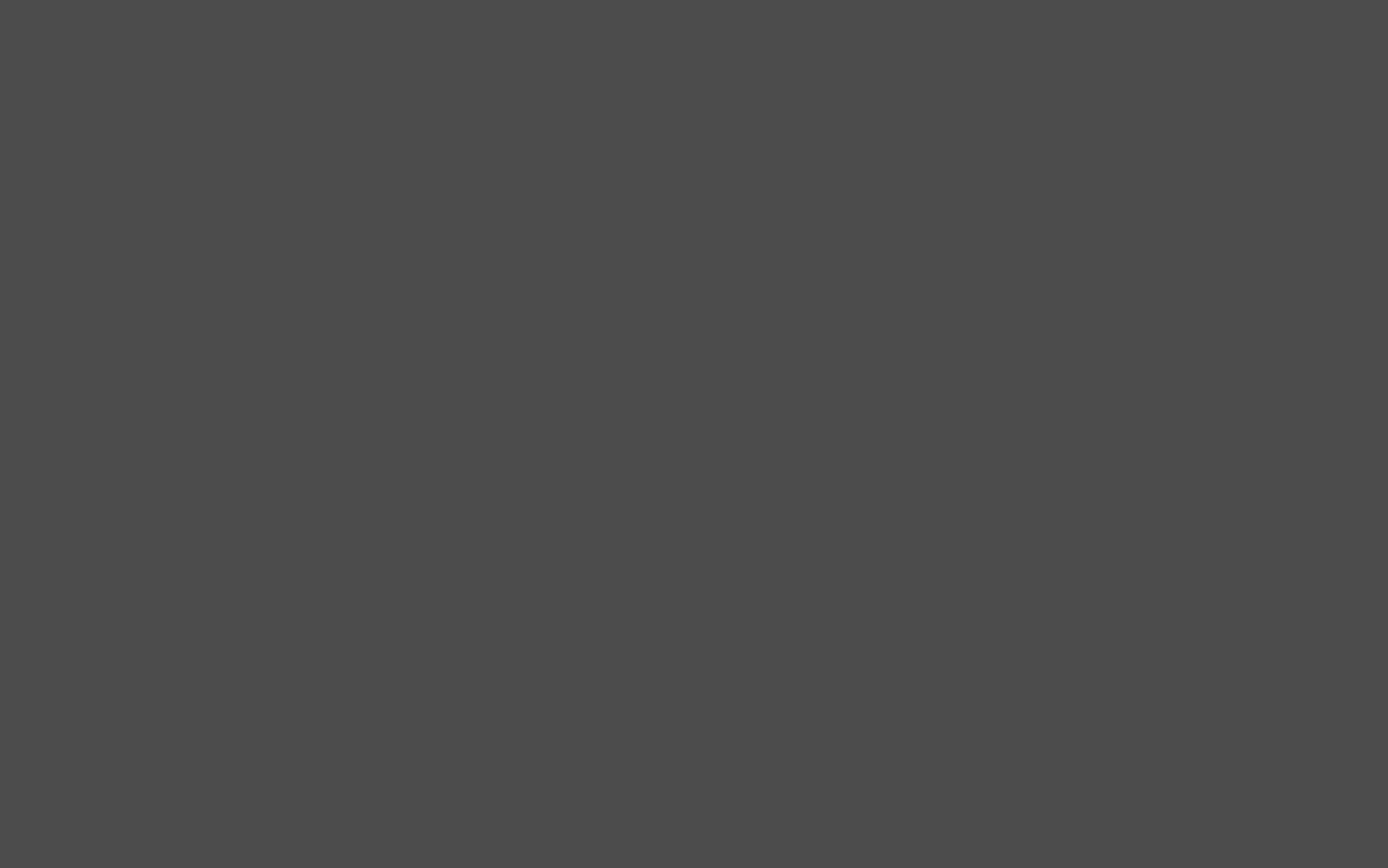 Coraline by Neil Gaiman is a children’s story that is filled with several colorful characters including young Coraline Jones herself, her “mundane” parents, The Other Mother and the Other Father, Coraline’s eccentric neighbors, Miss. Forcible and Miss. Spink, the crazy old man, and a talking cat. Each of these characters has their quirks and help Coraline realize her true potential in various ways.

Coraline Jones, a young eleven-year-old girl, with black hair. She is the protagonist in this story. She has an extremely curious and adventurous personality and she often feels bored and lonely with her parents. This prompts her to go out exploring her surroundings and finding adventures around her new house.

Coraline is constantly treated with neglect by her parents who do not understand the vivid imagination that she has. She is also misunderstood by everyone around her who keeps calling her “Caroline” instead of “Coraline.” Bored by the mundaneness of her world, Coraline wishes for a brighter and more adventurous world – which manifests in the universe created by the Other Mother. However, Coraline soon realizes that the grass is not always greener on the other side and learns to appreciate what she has.

Coraline also becomes bold and brave as she continually faces her fears in the other world and keeps pushing forward to protect her loved ones. She shows a great amount of quick thinking in defeating the Other Mother, as well as an incredible amount of compassion towards the ghost children. Although Coraline is seized by an urge to run away from the Other Mother several times, she overcomes this feeling and sticks to her guns to rescue her parents. Finally, Coraline learns to appreciate the boring and mundane of everyday life and begins to be content with the family she has.

Mr. Jones, or Charlie Jones, Coraline’s real father, works from home in the Pink Palace Apartments in Oregon, and barely has time to spare for his daughter. He spends most of his time at his desk and does not even look up whenever Coraline asks him a question. The constant parental neglect that Coraline is subjected to prompts Coraline to amuse herself. As a result, she becomes much more self-sufficient than any girl her age. However, the father-daughter duo loves each other despite being emotionally distant from one another.

Coraline’s father is known for being adventurous with his meals, which are disgustingly termed as “recipes” by Coraline. He is kidnapped by the Other Mother and is ultimately rescued by Coraline. After this incident, he seems to have developed a greater amount of affection towards his daughter.

Mrs. Jones, Coraline’s real mother, is a busy woman who does not pay much attention to her daughter. She cannot be bothered about the meals that she feeds her daughter and does not indulge Coraline in her whims and fancies. This leads to Coraline wishing for things better in the real world than her own – a wish that is manifested In the parallel universe created by the Other Mother. However, she is encouraging and supportive of her daughter’s adventures and even suggests a few games for her daughter to play on her own. Mrs. Jones is ultimately captured by the Other Mother (along with Mr. Jones) and Coraline is forced to brave her fears and rescue her parents.

The Other Mother, also known as the beldam, is the creator of the parallel universe. She is almost the spitting image of Coraline’s mother, except for the fact that she is taller, thinner, and has black buttons for her eyes. Her hands have extremely long fingers and pointed nails, and her hair moves about as if it has a mind of its own. As the story goes on, the Other Mother begins to resemble Coraline’s mother lesser and lesser as she increasingly becomes more menacing and witch-like.

She wishes to trap Coraline in the parallel universe (the Other Mother’s world) and capture her soul (as she has captured other children’s souls). She controls everything in the universe and is used to things going her way. This is why she is unable to stand it when Coraline defies her. The Other Mother progressively becomes more deceptive and cunning throughout the novella. She does not hold up her side of the bargain with Coraline and attempts to cheat her way to Coraline’s soul. Ultimately, she is defeated by Coraline, and peace is restored to the universe. The Other Mother is played by Teri Hatcher in the movie Coraline.

The Other Father is created by the beldam to look exactly like Coraline’s own father (with a few differences here and there). He is controlled entirely by the beldam and does everything she asks him to do. He tries to entice Coraline into staying in the parallel universe. He cooks delicious meals and engages Coraline in interesting conversations in an attempt to get her to stay. However, he lets slip some valuable information about the Other Mother for which he is punished and pushed through a trapdoor.

When Coraline meets him under the trapdoor, she feels sorry for him and asks him to stand up to the beldam. However, the Other Father is not strong enough to stand up to the Other Mother. He ends up attacking Coraline, who escapes from him by plucking out his button eye. The Other Father is played by John Hodgman in the latest adaption of the novel.

Miss. Forcible and Miss. Spink are elderly actresses and Coraline’s eccentric neighbors who live in Coraline’s world. The two of them are lovers and they spend most of their lives with their many terriers reminiscing their days from the stage. Miss. Forcible and Miss. Spink agrees that Coraline is “a remarkable young woman” but does not bother to learn her real name, as they keep calling her “Caroline.”

They are good fortune tellers and they warn Coraline of the impending danger she is going to face. The couple also provides Coraline with a protective stone which ultimately proves to be one of Coraline’s most valuable assets in the other universe.

Mr. Bobo is the “crazy old man” who lives in the flat above Coraline’s flat. He trains a rat circus day in and day out. His rats prove to be a valuable asset to Coraline, as they provide useful information to her twice in the novel. However, much to the exasperation of Coraline, Mr. Bobo keeps calling her “Caroline” instead of “Coraline.”

Coraline meets three ghost children when she is pushed into a tiny room after an argument with the Other Mother. As it turns out, The Other Mother has captured the souls of the ghost children and has left them to wander around in the parallel universe, lost. The first ghost child is a subdued young girl while the second one is a relatively bold and outspoken ghost boy. The last ghost girl is a fairy girl who seems very much like Coraline. All three of them warn Coraline of the dangers ahead and help her defeat The Other Mother in various ways. Ultimately, the souls of the ghost children are set free through Coraline’s dedicated efforts and the three children wander off into the universe.

Coraline’s only friend
Is revealed to be wise and helpful

The cat is Coraline’s one and only friend in the novella. In the original universe, the cat is similar to any ordinary black cat. However, it gains the ability to talk in the parallel universe. Coraline does not like the cat very much in the beginning, as it appears to be rude and arrogant. However, she soon finds out that the cat is wise and knows a lot about the beldam and her universe. Coraline and the cat become friends and the two of them help each other defeat the beldam and escape from the alternate universe.

Is Coraline based on a true story?

No, Coraline by Neil Gaiman is not based on a true story. It is a dark fantasy children’s literature that has been fictionalized by Gaiman. However, the story does contain certain autobiographical elements that have been inspired by the author’s own life.

Is Coraline a schizophrenic?

Coraline has not been specifically labeled as a schizophrenic by the author, Neil Gaiman. However, several people speculate that Coraline’s behavior might belong to the psychotic dissociative cluster, especially because of her experience of an alternate universe as well as her unwavering fixed beliefs regarding the parallel world.

No, Coraline is not dead. She is a young 9-year-old girl with an inquisitive personality that loves to explore new adventures. She chances upon an alternate universe where she is threatened with the idea of death. That is, if she did not escape the alternate universe, she would soon be turned into one of the ghost children by the Other Mother.

Who is Coraline’s dad?

Coraline’s dad is Charlie Jones. In the real world, he works from home in the Pink Palace Apartments. He tends to neglect his daughter, inspiring her to entertain herself.

How old is Coraline?

Coraline is eleven-years-old when the events of the novel take place. She’s described as small for her age so she might’ve appeared to be younger to those she met.