Of Mice and Men Themes and Analysis

‘Of Mice and Men’ by John Steinbeck is an illustrious tale tied around the ordeals of the working class. The book brings to life themes that become even more vivid and powerful as the story progresses. 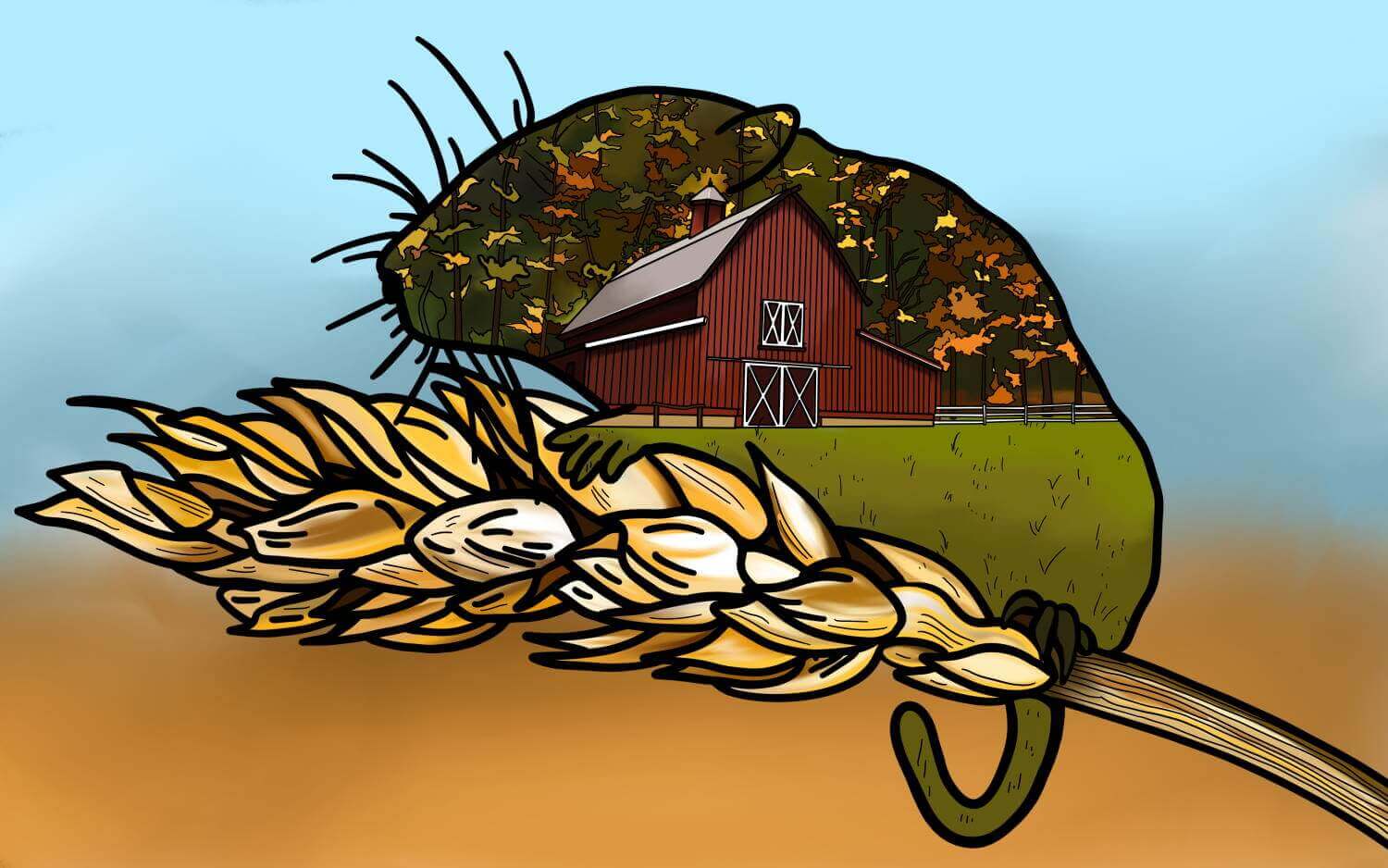 ‘Of Mice and Men’ is one book that parades characters who represent the most vulnerable group in society. The extractable themes in the book are the results of the harshness of life these characters live while they struggle to survive. Some of the most eye-catching themes found in the book include those around chattered dreams, fear and loneliness, Fugitive, friendship, and brotherhood.

The story ‘Of Mice and Men’ opens with its two principal characters, George and Lennie, moving desperately away from Weed to as far as the Soledad area. Weed is the place they used to work but had to leave to save their lives after Lennie stirred up trouble for an apparent sexual assault on a woman.

Although John Steinbeck makes it immediately clear to readers that their migration is spurred by the job offer they received at a ranch in Soledad, there’s no doubt, however, that the main reason they’re leaving is to avoid being caught by an unknown lynch party hot on their trail.

With the exception of the boss who owns the ranch, it’s hard to find one more character throughout the book who isn’t consumed by fear or gets sunk in by the feeling of loneliness, or both.

Lennie is a perfect exemplification of both, and this reality becomes very hard for readers to accept, given his size and the excelling expectations one would place on him at first sight. Of the many instances leading to the two friends losing their jobs, Lennie’s fears and inability to curb his strength contributed greatly to the outcome.

Even though Lennie has a companion in George, he’s easily singled out as one of the loneliest characters in the book, and his fondness for stroking soft animals and things gives more credence to the fact.

John Steinbeck’s characters have dreams, each on their own, but none ever get to live them out.
The high point of a dream brutally shattered in ‘Of Mice and Men’ comes to climax at the scene where old Candy is standing over the lifeless body of Curley’s wife, saying;

You God damn tramp… You done it, di’nt you? I s’pose you’re glad. Ever’body knowed you’d mess things up…

Here, one notices old Candy rendering expletives on Curley’s wife, who is lying on the barn floor, partly covered by hay, dead. He blames her for being killed by Lennie, the result of which destroys his dream of someday washing dishes and hoeing the garden on George’s dream farm, which will never materialize again because she’s dead.

While alive, Curley’s wife also dreamed of becoming a movie star and once admitted that her marriage to Curley shattered that dream.

It’s safe to say that George’s friendship with Lennie goes well beyond just being friends to as far as brothers. Their close bond is considered weird and unusual by the men at the ranch, but the reader easily understands this when George tells Slim he and Lennie have been so from childhood.

Also, the men at the ranch share a sort of bond comparable to a brotherly connection, and we see them from time to time protecting each other’s interests and rallying around support for the team.

Key Moments in Of Mice and Men

The style of John Steinbeck’s book ‘Of Mice and Men’ is both descriptive and commentatory, with Chimamanda Ngozi Adichie‘s ‘Half of a Yellow Sun‘ the only close comparison on these fronts. Steinbeck instilled a dialogue-type conversation throughout the book because his real intention goes beyond the book just serving as a mere novella as he also intended for it to be actable on stage.

The tone is literal, straightforward, and somewhat arcane, which makes it a perfect reflection of the characters whose lives have heavily been disrupted by the Greatest Depression.

John Steinbeck’s ‘Of Mice and Men’ is flooded with figurative language, and this doesn’t come unexpectedly to the readers, given that it’s part of the characteristics of descriptive writing. Some of the most prevalent figurative languages employed are highlighted.

He was … the prince of the ranch.

In the above ‘Of Mice and Men‘ Quote, Steinbeck deploys this metaphorical expression as part of an attempt to offer a neat description of Slim and the degree of his relevance among all the other men on the ranch. Slim is very clearly the complete package; strong, a leader, empathetic, and the best at his job. Others revere him and take his words as law.

…she’s a rat trap if I ever seen one.

Most of the men consider Curley’s wife a threat to their job, possibly even their lives, and often times they avoid her, with George even dishing out a strict warning to Lennie to stay off of her.

The shades climbed up the hills towards the top.

This excerpt is taken from the third paragraph of chapter one. Steinbeck does everything he could- including using that figure of speech – to set the introductory mood of the book before ushering in his characters.

On the sand banks the rabbits sat as quietly as little gray, sculptured stones.

Steinbeck describes a momentary peace and tranquillity of life for plants and animals in the brush, but this is short-lived as George and Lennie soon knock about this axis, causing an offset to their being.
Other figurative languages therein the book includes – idioms, epigram, and onomatopoeia, among others.

George and Lennie talk about the dream farm for the most part of the book starting from chapter one. The two friends have this dream of co-owning a small farm where George grows vegetation and Lennie resigns to the pleasure of rearing rabbits.

The dream is found to be contagious and wanted by the men at the ranch, with Crooks and Candy particularly showing interest because it offers them the chance to become free, independent, and self-sufficient.

The dream is representative of the elusive American dream, and just like how the American dream doesn’t get to be attained by everyone, the dream about the farm eluded all of them.

In the book, Candy’s dog is killed for being weak, old, and smelly. This goes to represent the repercussion of being weak in the times in which ‘Of Mice and Men’ was written.

In ‘Of Mice and Men’ George discovers that Lennie is hiding a dead mouse in his pocket and throws it away to the other side of the swamp. Before that happens, we see Lennie’s reluctance to give away the dead animal which he had mistakenly killed by severe stroking.

With the dead mouse, there is a symbolism of false hope, and Lennie is too focused on clinging to it. However, George throwing it away marks the end of all hope for their goal, just like when he kills Lennie at the end with a gunshot to the head.

What is the major theme of Steinbeck’s ‘Of Mice and Men’?

Although having only a few pages, the book explores several important themes – with the most frontal being themes of friends and loneliness, and those contrasting between dreams and realities.

Why is Steinbeck fascinated with Salinas Valley?

Steinbeck was not only born in Salinas Valley in California, but he also spent his childhood there. This explains why he often used the place as the primary setting for several of his books.

Where was John Steinbeck born?

John Steinbeck was born in Salinas, California on February 27, 1902.

How well-off was Steinbeck’s family?

Steinbeck’s family was not that rich. His father did all kinds of low-paying jobs – including owning a grain store and working for a county treasury.

Did Steinbeck have a happy childhood?

Although Steinbeck himself agreed it was tough growing up and not having several of his childhood needs to be met, overall, the writer attested to the fact that he had a happy and worthwhile childhood and this is mostly because he grew up in the midst of three lovely sisters.