‘Harry Potter and the Half-Blood Prince’ is the story that Dumbledore and Harry spend the most time with each other. This makes it a story that depends a lot on their mentor-student relationship as Dumbledore prepares Harry for the final battle against Voldemort. 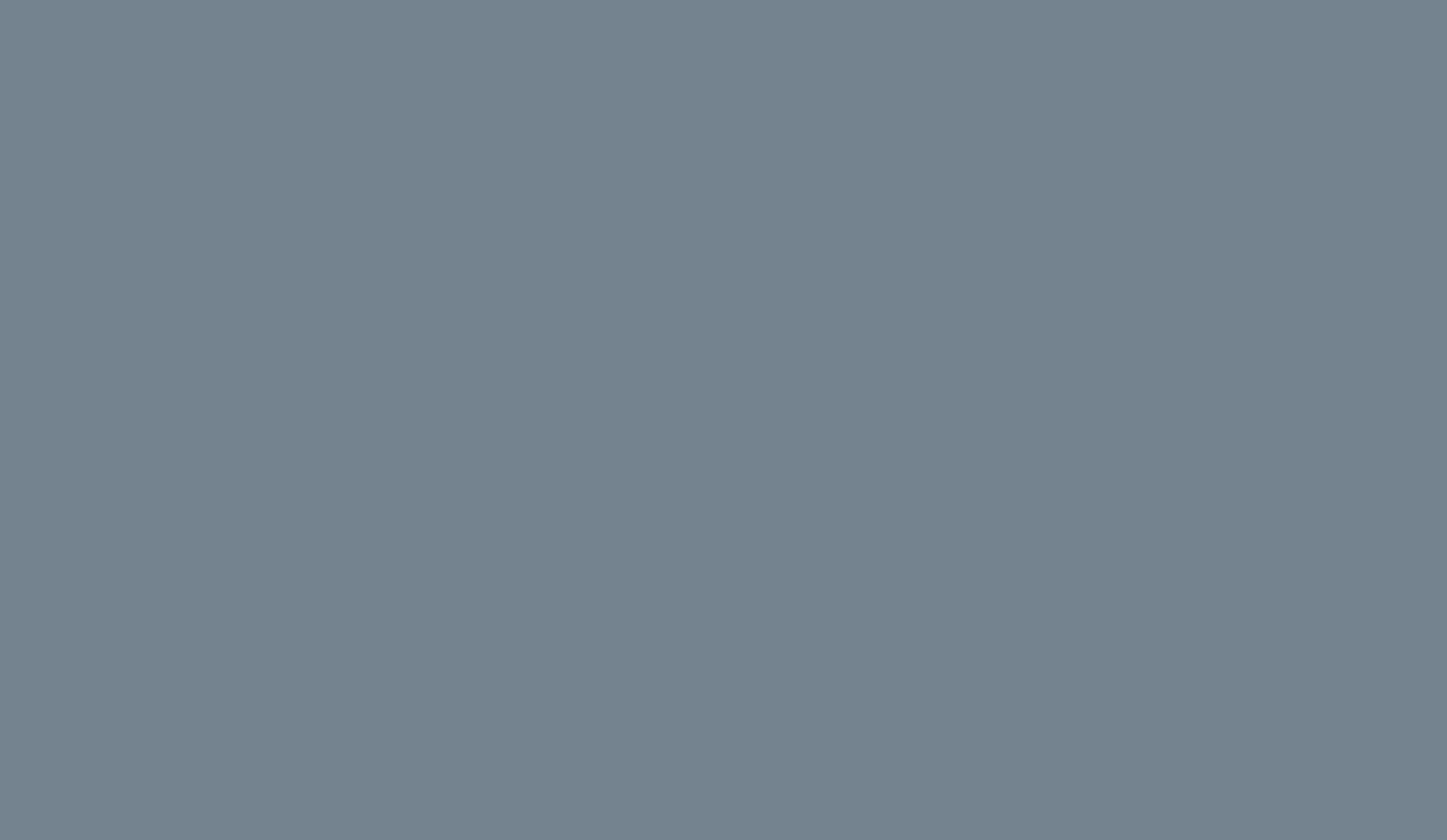 Harry Potter and the Half-Blood Prince is a story that significantly covers the complicated loose ends that make it difficult to understand what Dumbledore expects from Harry, Harry Potter and the Half-Blood Prince also addresses the real nature of Snape’s ‘contract’ with Dumbledore is, for him to be allowed to function as a member of the Order of the Phoenix despite being a former Death Eater. It further leaves the narrative amidst a cliffhanger for the story to progress in the final book.

‘Spoiler-Free’ Summary of Harry Potter and the Half-Blood Prince

Harry Potter and the Half-Blood Prince begins with a lot of ensuing chaos all around the wizarding world as well as the muggle world as well. The muggle Prime Minister who is aware of the magical world’s existence through his predecessor’s word meets the ex-Minister of Magic, Cornelius Fudge in the former’s office.

Fudge explains the circumstances to him and claims that Lord Voldemort and the Death Eaters are responsible for the natural disasters that have made it miserable for the muggle world to function normally. Eventually, the current Minister of Magic, Rufus Scrimgeour appears in the office and briefs the Prime Minister of the circumstances and ensures him that everything is under control and that his best aurors are working on stopping Voldemort.

Meanwhile, Dumbledore arrives at Privet Drive and meets Harry’s uncle and aunt, reprimands them for all the years they ill-treated him, and leaves with Harry to Budleigh Babberton, where he intends to recruit Professor Slughorn as a professor at Hogwarts. Slughorn declines the offer but is tempted after he sees Harry. Slughorn is said to be very keen on meeting famous pupils and is said to ‘collect’ popular students into his own club.

After the meeting of the muggle Prime Minister and the Ministers of Magic, a lot of people seem to be disappearing suddenly without any trace. Despite the aurors’ frantic efforts to put an end to these disappearances, many people including Florian Fortescue and wandmaker Garric Ollivander suddenly disappear.

Meanwhile, Harry goes to the burrow after his recruitment of Horace Slughorn with Dumbledore. From there, they all go to Diagon Alley where they visit Fred and George Weasleys’ joke shop called ‘Weasley Wizard Wheezes’, and after that Harry, Ron, and Hermione follow a suspicious-looking Draco Malfoy to Borgin and Burkes, the dark magic antiquities shop in Knockturn Alley. There he argues with the shopkeeper and threatens him before leaving. Harry hypothesizes that Draco has been initiated into the ranks of Death Eaters, a claim that his friends are not willing to support.

They all head to Hogwarts on the Hogwarts Express. Harry is invited along with Neville to Professor Slughorn’s cabin where other famous students are also present. Harry excuses himself but secretly enters the Slytherin cabin wearing his Invisibility Cloak. He overhears Draco talking to his friends but is eventually outwitted by Draco, who stuns Harry and then kicks his nose. Harry is later rescued by Tonks, who takes Harry to the castle.

There, the students find out that Horace Slughorn is in fact the Potions professor, and Snape has finally been appointed as the Defence Against the Dark Arts professor.

The classes begin, and Harry is almost about to drop Potions due to his low grades in the O.W.Ls but is convinced when Professor McGonagall claims that Professor Slughorn takes students with decent grades too. There, he encounters an old tattered textbook, said to belong to the ‘Half-Blood Prince’, who has also scribbled strange instructions into it. Harry follows these instructions and is eventually rewarded with the initially promised vial of ‘Felix Felisis’ or the potion of luck.

Eventually, Harry becomes Professor Slughorn’s favorite student with the help of his newly found ‘teacher’, the Half-Blood Prince. Meanwhile, Harry attends the first lesson with Dumbledore where they both enter the Pensieve into the memory of an official from the Ministry known as Bob Ogden. There they encounter the Gaunts, the heirs of Slytherin, and the ancestors of Tom Riddle.

As the year passes, Harry attends more gatherings organized by Slughorn. In one such event, Harry sees Malfoy gatecrashing the party and leaving with Snape. He follows them and overhears their conversation. This further solidifies his hunch that Draco is a Death Eater and Snape is helping him. His doubts are, however, not met with the same enthusiasm as him from his friends. Furthermore, several attacks occur on students, first on Katie Bell, later on, Ron, through magical artifacts. All of these attempts are traced and it is concluded that somebody is trying to kill Dumbledore. Harry strongly voices his opinion that Draco is responsible for these attacks.

Harry eventually starts dating Ginny, and they both enjoy their time together. Ron dates Lavender Brown, much to the despise of Hermione, but eventually, it is found out that Ron too wants to be with Hermione, and they end up getting closer and finally start dating each other.

In another class with Dumbledore Harry sees a ‘tampered’ memory of Professor Slughorn and his conversation with young Tom Riddle. Harry is coerced by Dumbledore to somehow get the actual memory without which he claims all their attempts are futile.

Harry and Dumbledore visit the memory of Professor Slughorn through the Pensieve and realize that Horace Slughorn explains to Tom Riddle, the exact nature of the forbidden Dark Magical practice of making a Horcrux. Dumbledore admits that his fears were true, that Harry destroyed one of the Horcruxes, Dumbledore recently destroyed another and there are five more to be found and destroyed. They decide to find another Horcrux which Dumbledore has located.

They go to a dark isolated cave, face several challenges placed to outwit the trespasser, and end up at a pedestal. There, Dumbledore drinks the liquid placed on a bowl, despite immense pain, to get to the bottom of it and retrieve the supposed Horcrux. They are finally successful in getting it. They immediately leave for Hogwarts.

When they reach Hogwarts, they see a Dark Mark, and Dumbledore immediately immobilizes Harry secretly before Draco disarms Dumbledore. Eventually, a lot of Death Eaters appear at the scene and coerce the hesitant Draco to kill Dumbledore. Finally, Snape appears and ends up killing Dumbledore instantly. Dumbledore’s curse, meant to protect Harry and prevent him from acting, becomes ineffective after Dumbledore dies and Harry charges behind Snape challenging him for a duel. Eventually, Snape neutralizes Harry and reveals that he is the Half-Blood Prince.

What is the main conflict of the book Harry Potter and the Half-Blood Prince?

The main conflict in Harry Potter and the Half-Blood Prince is the constant requirement for both Harry, Dumbledore, and the members of the Order of the Phoenix to vanquish Lord Voldemort and his plans as soon as possible before he becomes too strong or does something very destructive. Minor conflicts include Harry’s innate need for him to be right bout his hunch that Malfoy is a Death Eater and Snape cannot be trusted, both of which turn out to be true according to the climax of this book.

Who is the Half-Blood Prince and why?

Severus Snape named himself the Half-Blood Prince in his school days. His mother was named Eileen Prince and he was half-blooded. His mother, Eileen was a witch, while his father, Tobias Snape was a muggle. Snape used this identity passionately and created his own ingenious spells and potions ideas to great effect under this identity.

What is the conclusion of Harry Potter and the Half-Blood Prince?

Harry Potter and the Half-Blood Prince concludes on a very bleak and shocking note as Severus Snape kills Albus Dumbledore. This verifies Harry’s hunch that Snape is somehow not to be trusted and that Malfoy is a Death Eater and was sent by Voldemort to kill Dumbledore. The book also startlingly reveals the identity of the Half-Blood Prince that Harry highly adored – Severus Snape, the man he hates the most especially after Dumbledore’s murder in his hands.