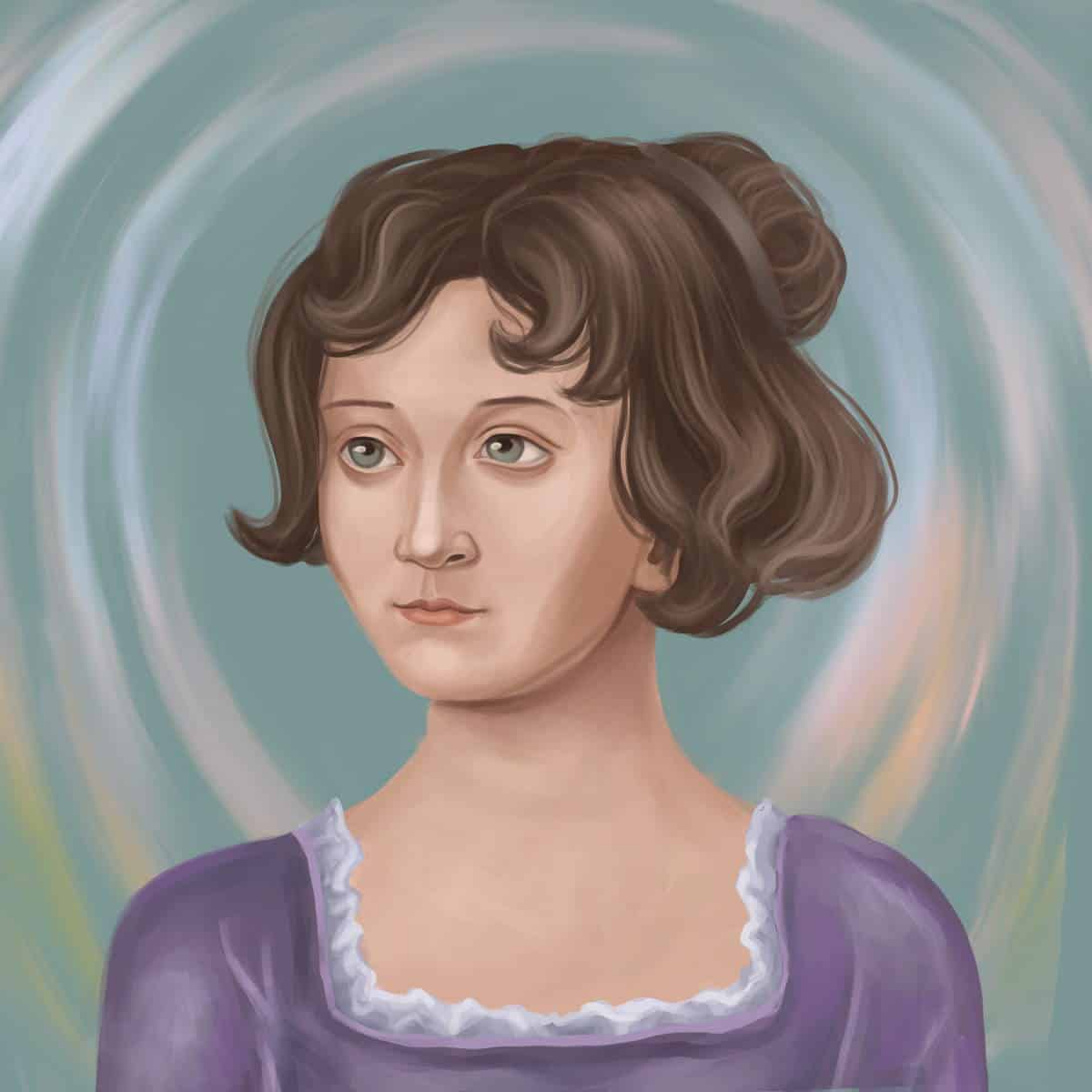 Two of the six were published after her death, while the others brought her some fame while she was still alive. Her writing is most commonly associated with coming-of-age stories and novels of manners in which a society’s customs are reproduced to a very detailed extent.

Austen touches on common themes throughout her work, these include romance, youth, wealth, and poverty, as well as social standing and the role of a woman in society. All of her novels have been made into television shows, films, and/or plays. They’ve remained popular since her death and have only become more so as popular in recent years as popular adaptions have been released. Austen’s heroines are ahead of their time, often displaying streaks of rebelliousness and independence that make them incredibly relatable and a joy to read about.

Pride and Prejudice is, without a doubt, Jane Austen’s best-known novel. The book was published in January of 1813 and takes place a year prior in 1812 in Hertfordshire and Derbyshire. Jane Austen focuses on her protagonist, Elizabeth Bennet. It is well-loved for its light-hearted, yet still emotional, depiction of relationships in the 19th century. Elizabeth is one of five daughters living on the Longbourn estate, along with her parents. The novel focuses on the events that follow the arrival of Mr. Bingley, a young and rich eligible bachelor, who moves into the neighboring Netherfield Hall. Accompanying him is Mr. Darcy, an aloof man who is immediately attracted to Elizabeth but is unsure how to show it.

The novel traces Elizabeth’s character development and how her emotions changed regarding Mr. Darcy. Throughout the decades since its publication, readers from all walks of life have found something to relate to in Elizabeth’s personality and emotional plight. Since its publication, the novel has been made into several famous television and film adaptions, the most recent of which has helped the novel achieve a resurgence in popularity.

Persuasion was Jane Austen’s last completed novel. It was published posthumously in 1817, six months after her death. The novel focuses on Anne Eliot, a twenty-seven-year-old English woman whose family starts renting their home to an Admiral and his wife. In a twist of fate, Anne was once engaged to the wife’s brother, Captain Frederick Wentworth, but the engagement was broken off. They meet again and start a new relationship, providing Anne with another chance at happiness.

The novel was quite popular when it was published and is now even more so. Since it has been made into four different televisions shows, plays, and more. Anne is considered to be one of Austen’s best heroines. Her personality is far more mature than women Jane Austen focused on in other novels.

Emma makes use of many themes familiar to lovers of Jane Austen’s writing. These include youth and romance. The novel is set in Highbury and Randalls and Downwell Abbey. It, like Pride and Prejudice, is considered a novel of manners. (A fiction novel that re-creates another time, accurately conveying the customs and values of the society.)

Austen explores Emma’s development from a young, headstrong, and unlikeable woman to a thoughtful protagonist who is able to act on the truth of her emotions. She starts out the novel involving herself with other people’s lives and relationships, trying to achieve everything she wants at once. Emma becomes blinded by her desire to matchmake and embroils herself in a web of relationships that finally focuses her on taking a long hard look at her own emotions.

Sense and Sensibility was published anonymously in three volumes in 1811. All the cover revealed at the time was that it was written “By a Lady.” The novel is set in London and Sussex between 1792 and 1797. It follows the Dashwood sisters, Elinor and Marianne, (as well as their mother, younger sister, and brother) as they move away from the home they’ve known all their lives and into a cottage owned by Sir John Middleton. The two sisters are generally interpreted as personifications of “good sense.”Jane Austen depicts their budding relationships and troubles.

Sense and Sensibility has been in continual print since 1811, going through various publications, some of which were illustrated, others abridged, or excerpted. It, too, has been adapted for the stage.

Mansfield Park follows Fanny Price, who at ten years old is sent to live with her aunt and uncle at Mansfield Park due to her family’s financial problems. She forms a close relationship with one of her cousins, Edmund, for whom she starts to have feelings. Fanny’s Aunt Norris frequently visits the house to berate Fanny, becoming crueler over time.

A tangled web of relationships develops over the course of the novel as Henry and Mary Crawford move near the estate. Henry flirts with the two Bertram sisters, Edmund starts to form a relationship with Mary. Henry eventually falls in love with Fanny, but she resists his advances, something that angers her uncle, who sees the relationship as the best possible match she could find. The story continues with more twists and turns, adultery, broken hearts, and an eventual happy ending.

Northanger Abbey is considered to be a coming-of-age novel, as well as a satire of Gothic novels. It was completed in 1803 but was not published until after her death. It was accompanied by Persuasion.

The story follows Catherine Moreland, a young woman who, over the course of the novel, comes to understand the world and herself better.  She’s one of ten children and the only invited on a trip to Bath along with the Allen family. There, she meets Henry Tilney, a young clergyman. She falls for him while also making friends with Catherine Thorpe. As the novel progresses, Catherine meets and rejects John Thorpe, Isabella’s brother, and continues her affections for Henry, who she sees again at a ball. By the end of the novel, Henry returns and proposes to Catherine the two are married after a brief period of deception.