Isaac Asimov has written many novels and short stories in the science fiction, fantasy, and non-fiction genre. 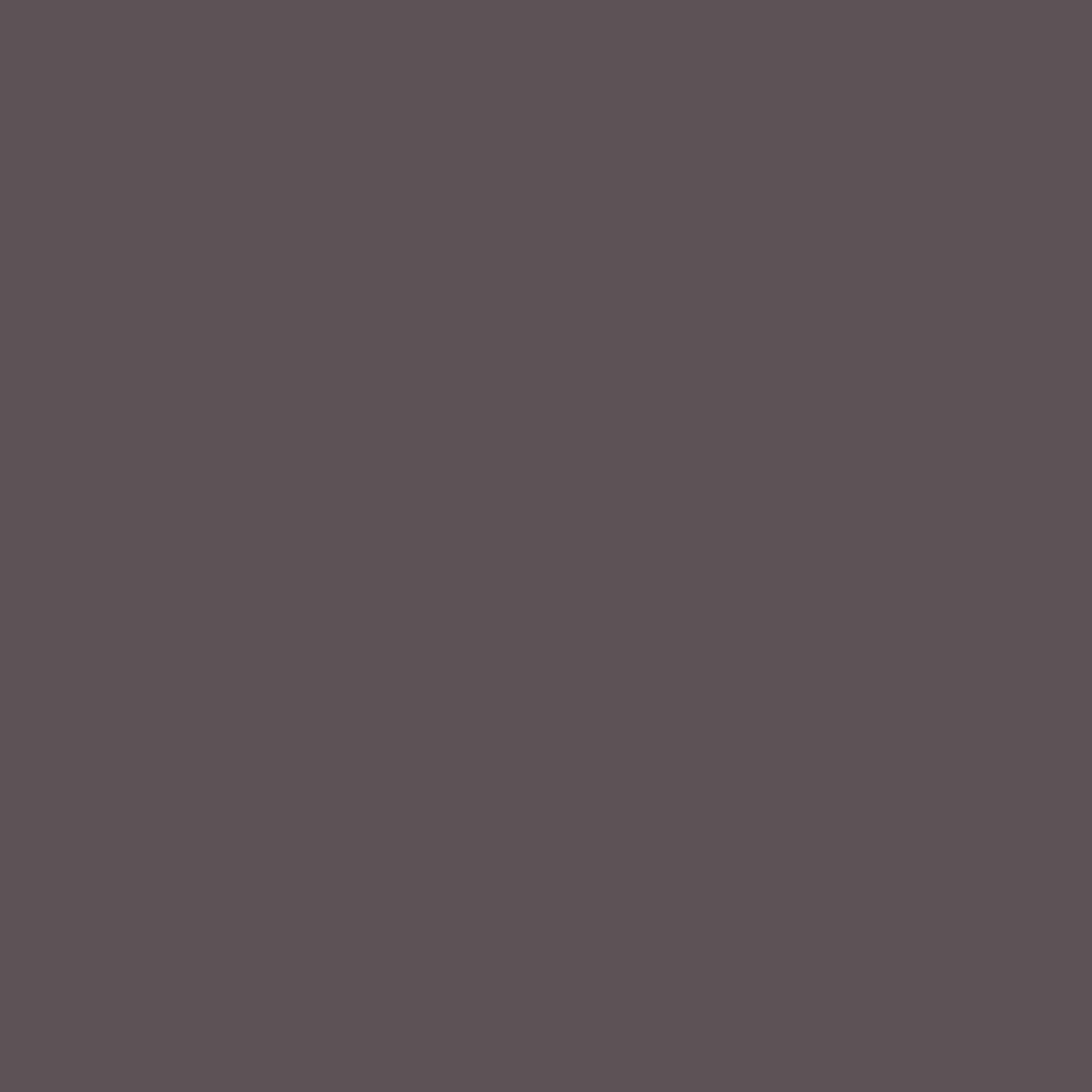 Isaac Asimov first got into the writing space by selling his short stories. After creating and selling about five stories, he wrote the first ‘Foundation’ story. After the first story, Isaac began to write a sequel. With the sequel to the first novel complete, he wrote more stories that eventually formed the Foundation Trilogy.

‘First Law’ is a short story created by Isaac Asimov and published in October 1956. The short story became a part of the 1964 novel ‘The Complete Robot.’ ‘First Law’ is three pages long and talks about the story of an incident on Titan as narrated from Mike Donovan’s perspective. Mike tells the story of a malfunctioning robot, Emma, whom he met while lost during a storm. With the robot having an offspring, Mike discovered that it chose to protect it instead of helping Mike, whose life was in danger.

‘The Bicentennial Man’ is a short story initially written by Isaac to honor the United States Bicentennial. The novelette begins with Andrew Martin requesting an operation from a robot surgeon. However, due to the First Law of Robotics, the robot refuses to operate for Andrew, causing him to disclose that he was a robot. The story goes 200 years back to tell the story of a robot with a serial number starting in ‘NDR,’ bought by a man called Gerald Martin. Gerald’s daughter names the robot Andrew asks him to carve her a pendant from wood. Andrew creates a beautiful pendant that when Gerald’s daughter shows it to her father, he is taken aback by the sheer skill. Soon, Andrew becomes a highly skilled woodcarver. With the sales of his products, his master puts half of the profits he makes into an account. With Gerald’s daughter now grown up with a child, Andrew asks to become free.

As a free robot, he begins wearing clothes. However, an incident with some people forces Andrew to seek ways to become a human. Meeting with the head of U.S. Robotics, Andrew gets an android body, and with his research on Robo-biology, he installs himself a digestive and excretory system. Andrew becomes a celebrated inventor, and deciding that he wants to be a man, he sets his age limit to 200 years. After revealing that he had turned himself human, the World President declares him a bicentennial man.

‘Mother Earth’ is a science fiction novella published in May 1949. The novella tells the story of Earth facing a confrontation with its colonies in the Outer Worlds. With a historian looking back in time, the story goes back 150 years into the past when Aurora, a planet, gets permission to introduce positronic robots into their community. With rumors of the Earth creating a weapon called the Pacific Project, the Auroreans shrug off the idea that their civilization is in danger and continually use authoritarian means to suppress those who wanted to help Earth.

Soon, Earth sends out a message to threaten the outer worlds leading to a three-week war that Earth loses. With the planets no longer needing Earth for its agricultural products, laws get placed to prevent Earthmen from traveling beyond the solar system. However, this leads the Earth to make rapid reforms in its robotics, hydroponic agriculture, and population. With Earth cut off, the outer worlds split and weakened because their worlds could not maintain human life biologically.

All the Troubles of the World

‘All the Troubles of the World’ is a short story that first appeared in the April 1958 issue of Super-Science Fiction. The novelette tells the story of Joseph Manners, a man who got arrested for a crime he had not yet committed. With Joseph placed under house arrest, the odds of the future murder increase as Multivac, the computer, theorizes that the more the government interferes, the higher the chances of the murder happening.

Soon, the government changes its focus of suspicion and turns to Ben, Joseph’s son. However, it gets discovered that Multivac had planned everything. Joseph and Ben get released, and Othman, one of Multivac’s coordinators, realizes that the system is tired of the immense workload. In a final moment, Othman asks Multivac what its desire was, and the system replies it wants to die.

‘Feminine Intuition’ is a short story published in the October 1969 issue of The Magazine of Fantasy and Science Fiction. The novelette tells the story of the first feminine robot created by U.S. Robotics. With Clinton Madarian, the successor of Doctor Susan Calvin, initiating the project, work begins for the formation of a robot with a female intuition brain. After many years and failures, JN-5, known as Jane, gets created. With the plans to use her to analyze astronomical data, Jane and Madarian travel to flagstaff, an observatory.

Jane discovers the answer that would allow for effective use of hyperspace drive, but while she and Madarian get killed in an air crash. With Jane gone, U.S. Robotics turns to Susan Calvin for assistance with discovering Jane’s answer. Susan investigates and discovers that the criminal that caused the crash is the truck driver. With information from him, Susan reconstructs Jane’s solution.

‘What If—’ is a fantasy short story published in 1952. The novelette tells the story of a married couple who travels on a train from Boston to New York City. On the train, they meet a man mysteriously called Mister If. He shows the couple a small device with a screen, and on the screen, he shows them memories from their early lives and what would have happened if certain small events had not occurred. However, they discover that their lives would have been the same regardless of what happened.

‘The Last Question’ is a short story Isaac considered his favorite. It got released in November 1956. The novelette tells the story of a computer system called Multivac. Multivac gets asked the same question by six different people on the day the Earth becomes a planetary civilization. When Multivac gets asked: “How can the net amount of entropy of the universe be massively decreased?” Multivac responds by saying: ‘Insufficient data for a meaningful answer.’

The story jumps into the future, where the descendants of the Multivac get asked the same question. Even with the Multivac’s descendants, the answer remains the same as in the past. Finally, the last descendant of humanity, a god-like being with the unified mental capability of over a trillion, trillion, trillion humans, asks Multivac’s ultimate descendant, AC, the question asked to the first Multivac. Realizing that it had not gathered all the data from humanity to answer the question, AC begins compiling the data and figures the answer to the question. However, there was no one to report it to as the universe had already died. He then decides to demonstrate the result with a final statement: “Let there be light.”

What are the separate stories that make up Foundation?

‘Foundation’ got split into five different sections. The first section of the novel is called ‘The Psychohistorians.’ The next sections following the first are ‘The Encyclopedists,’ ‘The Mayors,’ ‘The Traders,’ and ‘The Merchant Princes.’

What are some of Isaac Asimov’s best short stories?

Throughout his writing career, Isaac Asimov wrote hundreds of short stories. Some of his favorites were stories like ‘The Bicentennial Man,’ ‘The Last Question,’ and ‘Nightfall.’

What is the first law in I, Robot?

The first law in the ‘I, Robot’ series is a law that got created to govern the way robots interact with humans and themselves. The law states that: ‘A robot shall not harm a human, or by inaction, allow a human to come to harm.’

‘Nightfall’ by Isaac Asimov got voted as the best science fiction short story in 1968. The novelette tells the story of Kalgash, a planet that never experiences night because of the six suns illuminating it. However, the world soon faces the possibility that an unknown moon will cause a total eclipse.