There is a range of themes one should consider when analyzing George Orwell’s novel ‘1984’, such as technology and the past.

The majority of these revolve around Orwell’s attempts to convey the true horror of a successful totalitarian regime. Through the novel, he sought to warn the reader of what’s at risk and how easily notions of democracy, human rights, and privacy can be forgotten. 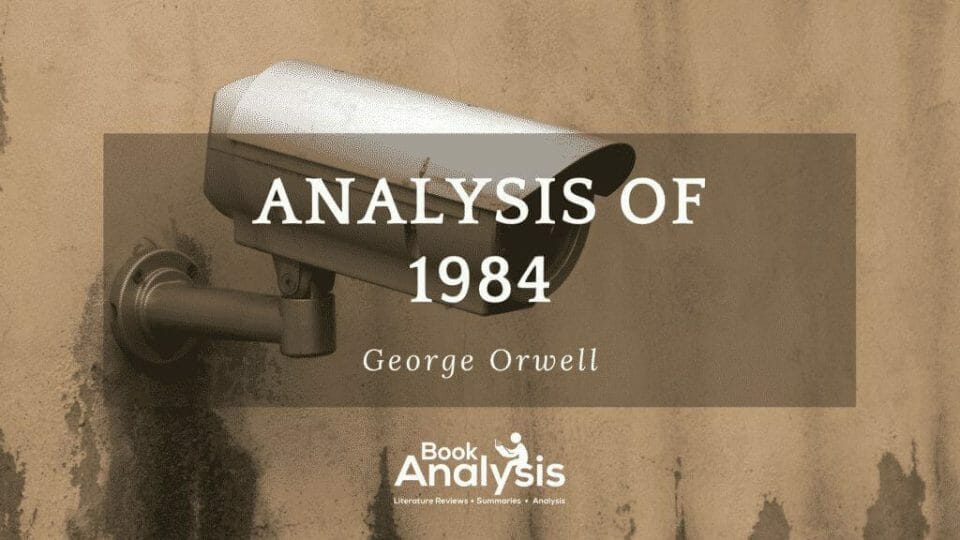 As a theme, technology in 1984 is all-encompassing. It appears, through the design of the Party, everywhere. Winston knows that he’s being surveilled at all times. This includes while he’s sleeping, in the restrooms at the Ministry of Truth where he works, and even in the woods where he meets with Julia for the first time. The “telescreens” which are located in the home of every Party member, are the most obvious symbols of technology. They cannot be turned off or avoided. As Winston states early on in the novel, one never knows when they’re being watched or listened to. For all he knows, the Thought Police could be observing everyone all the time.

The past is an obstacle the Party tackles head-on in Air Strip One. It is necessary for them to control the past if they want to control the future. This takes shape through Winston’s department in which he, and many others, rewrite events, crafting them to show Big Brother in a better light or a specific party member in a worse one. The past haunts Winston throughout the novel. He is constantly looking for answers, searching his brain for some memory of the days before the revolution, and even once quizzing an old “prole” man about his youth.

This is perhaps the most obvious of 1984’s myriad of themes. Without the totalitarian government that rules over Air Strip One and all of Oceania, there would be no novel. The government is ever-present and always aware of everything that goes on within its bounds. No one ever goes anywhere without being monitored by government figures and no one speaks out against the government for fear of reprisal.  No one is meant to care about anything with any seriousness that is not related to INGSOC/Big Brother. The government requires adoration and complete subjugation from its citizens.

Some other themes one will encounter in 1984 are music, love/sex, and language.

Analysis of Key Moments in 1984

Orwell’s novel 1984 is noted for the direct way that Orwell confronts totalitarianism and reveals the terrors one might face under its governance. He accomplishes this through very straightforward language that is generally devoid of intricacies and flourishes.

Additionally, throughout the novel, Orwell makes use of a tone that is very dreary and pessimistic. There are only a few scenes within 1984 (such as when Julia and Winston are in the woods) that the dirty, grimy, misery and desolation of London is not emphasized. Always, Orwell makes sure to remind the reader that it is cold, rainy, and terribly unpleasant. No one has enough to eat and everyone is dirty. A great example is in Parson’s apartment when Winston notes the dust in Mrs. Parson’s wrinkles. The food is tasteless, the company dull and infuriating, the telescreens are unceasingly loud and those who are not part of the Party, the proles, are impoverished.

When Winston first comes upon the paperweight it appears to him as an emblem of the past. It was made in a time in which people made beautiful things for the sake of it. He states that he was attracted to it for its uselessness. The paperweight, and the tiny bit of coral preserved inside it, represent a hope for the past and that it has not been destroyed in its entirety.

It is never made clear in 1984 if Emmanuel Goldstein, or even Big Brother for that matter, really exists. Whether he was created by the Party as another enemy to fear and fight back against, or if he was a real man, he stands in the novel as a symbol of opposition. Therefore, he exists as a symbol of hope for Winston and one of terror and terrorism for all those who have been successfully brainwashed by the Party.

The place where there is no darkness

The line “the place where there is no darkness” came into the novel via a dream Winston Smith had. In it, he meets with O’Brien. It is partially due to this dream that Winston places his trust, foolishly, in O’Brien as someone who is just as much against the party as he is. The “place where there is no darkness” ends up being quite different from that which Winston imagined. While he’s imprisoned, he realizes that his cell, in which the light is never turned off, is the destined meeting place. The “place” symbolizes the future and the hope that Winston can’t help but hold onto, despite his knowledge of the Party’s powers, that someday things will be different.