From Grete to the lodgers, the few characters included by Franz Kafka in ‘The Metamorphosis’ are judged by the reader based on their treatment of and reaction to Gregor after his transformation.

Some are outright cruel and hateful in their approach and others show more sympathy. But, they are all unified in their growing disinterest and irritation with Gregor’s existence and the burden he begins to exert on the family. By the end of Gregor’s life, sadly enough, they are all ready to see him gone. 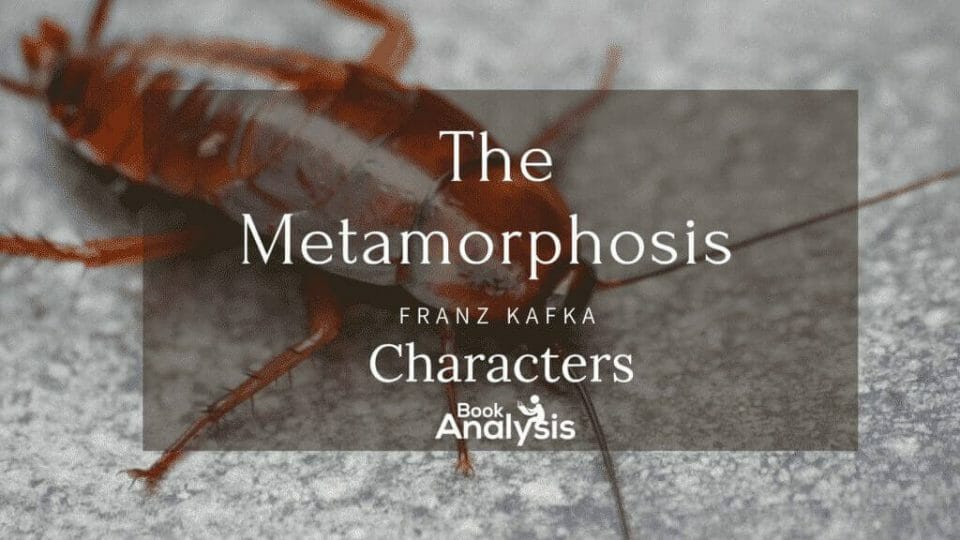 The main character of ‘The Metamorphosis’. He works as a traveling salesman and is responsible for taking care of his family. He hates his job but feels obliged to work as hard as he can to help pay off his father’s debts. His plight is the focus of the story. Gregor wakes up one morning to find that he has been transformed into a giant bug. The change is permanent and the story follows the progression of his life after he, and then later his family, discover what has happened to him. He does not fret over his condition, in fact, he accepts it quite easily. His main concern is how he’s going to continue working and then later, his own humanity.

Gregor has trouble reconciling his human mind, thoughts, and desires to his new form, as do his family members. As time progresses Gregor turns to his bug-nature for comfort. He hides in dark spots in his room and begins crawling on the walls and ceiling. Gregor does accept his new existence, but his family doesn’t. Therefore, he decides, without much preamble, that it would be best for his family if he dies. He does so, with only his family’s best interests at heart.

Gregor’s sister and the only family member who shows any concern for Gregor’s well-being after he undergoes his metamorphosis. She pities him and does her best to take care of him as her family has no interest in doing so. Grete feeds Gregor. She also brings him water and helps to move the furniture around in his room. Grete’s character is an interesting one. Just as Gregor adjusts to his new form, so too does Grete age and become less willing to care for her brother. It falls to her to take care of the family and her connection to her brother diminishes.

Gregor and Grete’s mother. She is horrified by Gregor’s transformation and truly struggles to reconcile herself with whats happened. She never gets over her disgust and is therefore kept away from her son by her daughter and husband. Mrs. Samsa is never given a first name, just like her husband, but she plays an even more minimal role in Gregor’s life than he does. When it comes time to cut ties with Gregor she does so easily. It’s less of a burden to forget she has a son than to accept what her son has become.

Gregor and Grete’s father, and Mrs. Samsa’s husband. Mr. Samsa is plagued with financial troubles and struggles with his age and health. His business failed and left him with a great deal of debt that Gregor had been working to pay back. Within ‘The Metamorphosis’ he is depicted as a cruel, pitiless man who is tired and hopeless above all else. When he interacts with Gregor, which only happens a couple of times in the novel, he injures or attacks him. The relationship between father and son was strained before the transformation even occurred.

The manager is in charge of Gregor’s office and comes to the house on the morning of his transformation. He is demanding, rude, and shocked that Gregor does not immediately open the door for him when he arrives. Finally, after demanding that the door to Gregor’s bedroom be opened, Gregor reveals himself for the first time to his family while the manager is there. The manager leaves the house after seeing Gregor, abandoning him to his fate as if he, and the company, had never had contact with or employed him.

Three unnamed male characters move into the house after Gregor is no longer able to work. They live alongside the family. Gregor resents their freedom and ability to enjoy the things he once did. At one point he becomes very upset that they’re eating and he’s stuck starving in his room.