‘The Great Gatsby’ tells a very human story of wealth, dreams, and failure. F. Scott Fitzgerald takes the reader into the heart of the Jazz Age, in New York City, and into the world of Jay Gatsby. 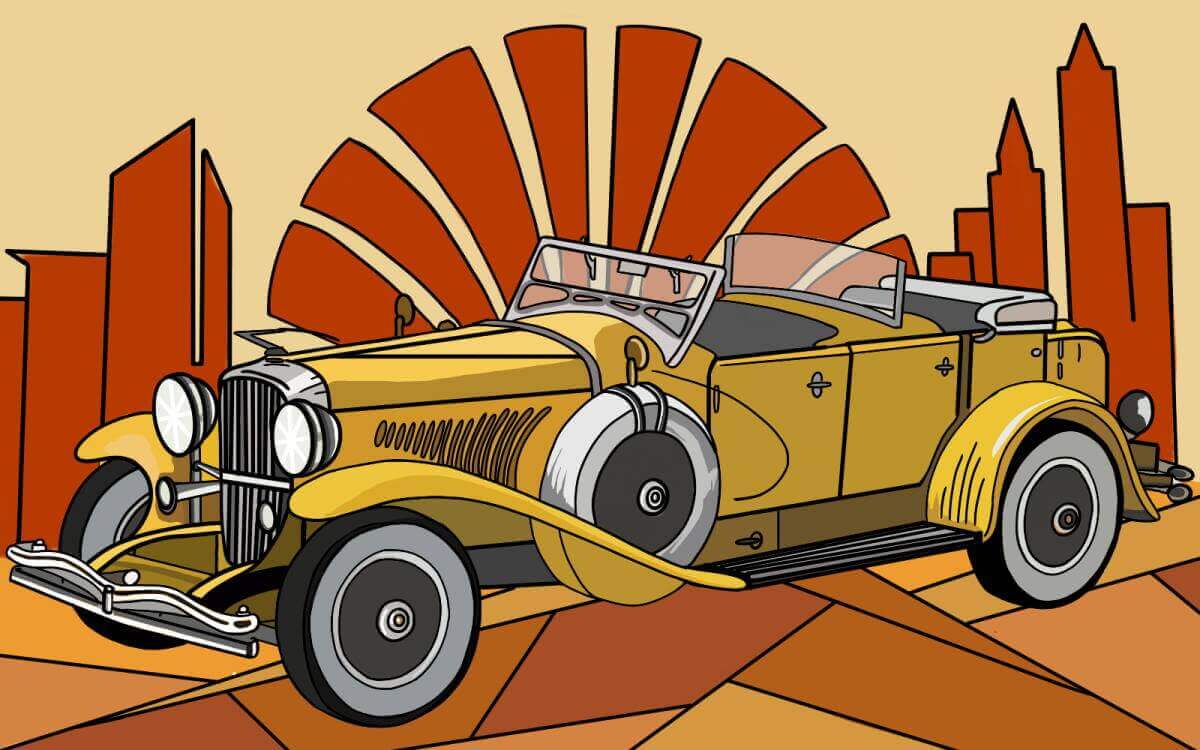 The Great Gatsby tells a very human story of wealth, dreams, and failure. F. Scott Fitzgerald takes the reader into the heart of the Jazz Age, in New York City, and into the world of Jay Gatsby. Through Nick’s narration, readers are exposed to the dangers of caring too much about the wrong thing and devoting themselves to the wrong ideal.

Gatsby’s pursuit of the past central to my understanding of this novel. Fitzgerald created Gatsby as a representative of the American dream, someone who, despite all of his hard work, did not achieve the one thing he wanted most in life.

Wealth and the American Dream

Another part of this novel I found to be integral to my understanding of the time period was the way that wealth and the American dream did not exist alongside one another. The American dream suggests that through hard work and determination, anyone can achieve the dream life they’re looking for.

On the outside, Gatsby does just that. He raises himself out of poverty and makes his fortune (albeit not through entirely legal means). He worked hard and remained focused. For those attending his parties or who have seen his mansion, he is living the best possible life–an embodiment of the American dream. But, he’s missing the one thing he really wanted to achieve–Daisy’s love and commitment. His pursuit of wealth was not for wealth alone. It was for something that, he realized, money can’t buy.

It was impossible for me not to feel moved by the bind Gatsby got himself into. He put Daisy on a pedestal, one that required she fulfill her end of the bargain if he fulfilled his. He got rich and acquired the means to give her the kind of life she wanted. But, Daisy was unwilling to separate herself from her husband, Tom Buchanan, and return to Gatsby. She ended up being more interested in maintaining her social status and staying in the safety of her marriage than living what might’ve been a happy life.

Daisy Buchanan and the Treatment of Women

Her character is often deeply romanticized, with her actions painted as those of a woman torn between what she knows is right and her inability to guide her own life. However, I always return to the strange conversation she shares with Nick, revealing her concerns about raising a daughter. The quote from The Great Gatsby reads:

I hope she’ll be a fool—that’s the best thing a girl can be in this world, a beautiful little fool.

This quote proved to me that Daisy is well aware of her position in the world, and she turns to the safety of being “a beautiful little fool” when she needs to be. It’s the only way she feels she can survive.

There’s something to be said for the depiction of Daisy as a victim. Still, her callous treatment of Gatsby at the end of the novel, seen through her refusal to attend his funeral and dismissal of the destruction she caused, is hard to empathize with. Daisy may be at Tom’s mercy for a great deal, her livelihood, and her social status, but when she walks away from the death of a man she supposedly loved, it feels as though her true nature is revealed. She’s a survivor more than anything else and didn’t deserve the pedestal that Gatsby put her on. This is part of what makes Gatsby’s story so tragic. He was pure in a way that no other character in the novel was. He had one thing he wanted, and he was determined to do anything to get it. That one thing, Daisy’s love, was what let him down.

I also found it interesting to consider the differences between Jordan’s character and Daisy’s and how they were both treated. Jordan, while certainly no saint, is regarded as a dangerous personality. She sleeps with different men, appears to hold no one’s opinion above her own, and has made an independent career for herself as a golfer (a surely male-dominated world). I continue to ask myself how much of Nick’s depiction of Jordan is based on her pushing the envelope of what a woman “should” do in the 1920s?

The Great Gatsby and Greatness

One of the novel’s defining moments is when Nick realizes who was truly “great” and why. Gatsby wasn’t “Great” because of his wealth, home, parties, or any other physical item he owned. He was great because of the single-minded pursuit of his dream. His incredible personality and determination made him a one-of-a-kind man in Nick’s world. This realization about who Gatsby was and what he represented was driven home by his death and the lack of attendees at his funeral. No one, aside from Nick, realizes the kind of man he was. Those he might’ve called friends were using him for the money, possession, or social status they might have attained. But, Nick realizes that none of these things made the man “great.”

The Great Gatsby as a Historical Document

Finally, I find myself considering what the novel can tell us about the United States post-World War I and during the financial boom of the roaring twenties. Without didactically detailing historical information, the novel does provide readers with an interesting insight into what the world was like then.

The characters, particularly those who attend Gatsby’s parties, appear to have nothing to lose. They’ve made it through the war, are financially better off than they were before, and are more than willing to throw caution to the wind. Fitzgerald taps into a particular culture, fueled by a new love for jazz music, financial stability, prohibition and speakeasies, and new freedoms for women. The novel evokes this culture throughout each page, transporting readers into a very different time and place.

The novel conveys a feeling of change to me, a realization that the American dream may not be all it’s cut out to be and that the world was never going to be the same again after World War I. It appears that this is part of what was fueling Fitzgerald’s characters in The Great Gatsby and his plot choices.

What did early reviewers think of The Great Gatsby?

Early reviews of The Great Gatsby were not positive. Reviewers generally dismissed the novel, suggesting that it was not as good as Fitzgerald’s prior novels. It was not until after this death that it was elevated to the status it holds today.

What is the message of The Great Gatsby?

The message is that the American dream is not real and that wealth does not equal happiness. Plus, optimism might feel and seem noble but when it’s misplaced it can be destructive.

Is Jay Gatsby a good or bad character?

Gatsby is generally considered to be a good character. He did illegal things to gain his fortune but it was with the best intentions–regaining the love of Daisy, the woman he loved in his youth.

It’s unclear whether or not she loved Gatsby. But, considering her actions, it seems unlikely she loved him during the novel.

What does Nick learn from Gatsby?

Nick learns that the wealth of East and West Egg are a cover for emptiness and moral bankruptcy. The men and women he met are devoid of empathy or love for one another.

The Great Gatsby: Fitzgerald's Enduring Classic of the Jazz Age

The Great Gatsby is a novel of the Jazz Age. It follows Nick Carraway as he uncovers the truth behind his mysterious neighbor’s wealth and dreams. The novel explores the consequences of wealth and suggests that the American dream is an unrealistic expectation.