Anthony Burgress’ ‘A Clockwork Orange’ is his best-known novel and is considered a modern dystopian classic. 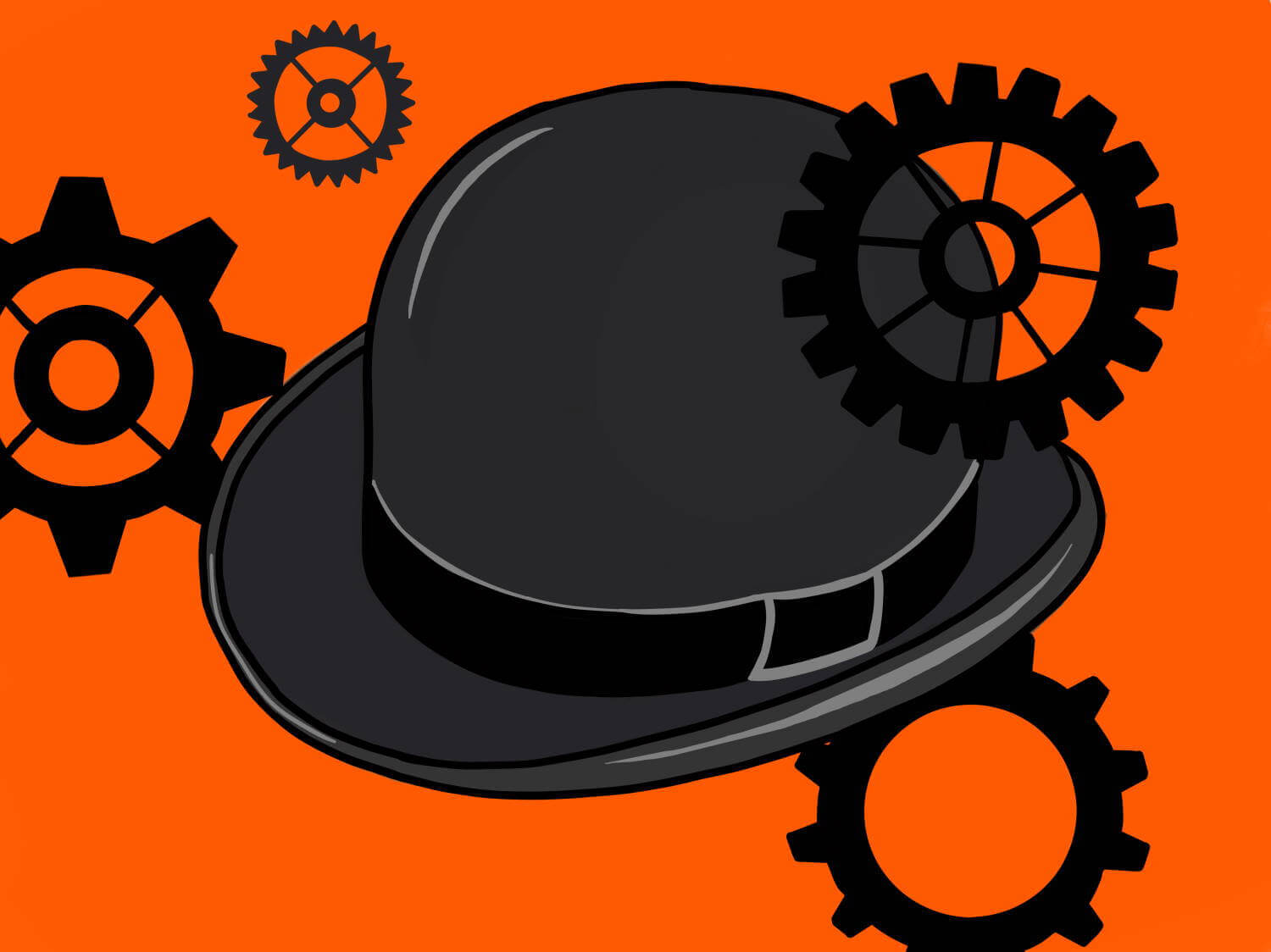 A Clockwork Orange takes place in a totalitarian future. It follows Alex, a gang member and criminal who spends his days hanging out with his friends and raping, robbing, and destroying property.

The narrator, Alex, speaks in a contemporary slang known as Nadsat and rarely goes to school. His parents, who are meek and passive, are terrified of their son and therefore unable to do anything to stop him.

Finally, after committing numerous various crimes and causing a death, he’s arrested. With this arrest, he’s thrust into a new world marked by his transformation into a law-abiding citizen. He undergoes a new procedure meant to cure him of criminal tendencies but, the doctors in charge don’t have pure intentions. Alex is forced to contend with the consequences of his brainwashing and live in a very different world.

A Clockwork Orange takes place in the future in a city that’s governed by totalitarian policies and an all-powerful State. Most of the citizens are passive and unwilling to work to create change. Like the protagonist Alex, others take advantage of that passivity to run almost unchecked through the streets committing crimes.

Alex is fifteen years old when the novel starts. He runs with a gang of teenage boys who rob individuals and rape women. Towards the beginning of the novel, Alex and his gang attack and rape Mr. Alexander and his wife. The latter later dies, and even her husband blames the boys. During the attack, Alex and his gang destroy Mr. Alexander’s manuscript, titled A Clockwork Orange. The group returns to their favorite bar. There Alex’s gang members, Dim and Georgie, express their annoyance with Alex’s arrogance, something that leads to a fistfight. The following day, Alex rapes two ten-year-olds and stays home from school. He’s assaulted by Dim that night after breaking into an older woman’s mansion. Dim temporarily blinds him with his chain.

Alex is arrested and sentenced to fourteen years in prison. The first year is hard, but things get easier as time progresses. He becomes friends with the prison chaplain and starts to study the Bible. He also listens to his beloved classical music. Alex and his cellmates take a turn for the worse when they beat a new prisoner to death. Alex takes the fall for the murder and is chosen for the Ludovico Technique. This is a new process that’s currently being tested by the government on criminals.

The process includes brainwashing and associative learning. By the end of the sessions, Alex should, in theory, be completely unable to even think about committing a crime. He’s injected with a drug that makes him feel sick while watching images of violence with classical music in the background. The latter is especially offensive to Alex. Finally, physical sickness and pain are connected to the idea of violence he’s seemingly cured.

Alex is released back into the world, completely incapable of committing any act of violence. He also can’t think for himself. He’s been stripped of his free will. He tries to go home, but his parents have a lodger, someone who has taken Alex’s place in the home and stands up to him. It’s not long before men from his past life find him and beat him up. He’s left to die in the snow, unable to defend himself due to his brainwashing. It’s during this period that he also sees Dim and an old rival, Billyboy, again.

Alex makes his way to a cottage that is belonging to F. Alexander. Unknowingly, the same man whose wife Alex and his gang-raped at the beginning of the novel. Now, Alexander is a political revolutionary set on overthrowing the totalitarian regime. F. Alexander knows Alex from the news and plans to use him as a way to show the government’s cruelty. When he finally realizes who Alex really is, the kid who brought about his wife’s death, Alexander’s rage gets the best of him. He locks Alex up and blasts classical music, hoping he’ll kill himself.

Instead, Alex jumps out the wind but doesn’t die. He comes to and is told he’s been “cured” of the treatment by the ministry of the interior. F. Alexander is in prison, and Alex can think violent thoughts once again. In some versions, the novel ends here. But, in others, there is another final chapter.

Alex gets a new gang, made up of Len, Rick, and Bully, and they engage in some of the same violent behavior. But, Alex doesn’t take the pleasure from it that he used to. He sees his former friend Pete, who has a new life with his wife Georgina, and decides that he wants the same dream for himself. He resolves to live a normal life at the end of the book.

Why is A Clockwork Orange banned?

A Clockwork Orange was, and still is, banned from some institutions due to the amount of violence in the novel. Rape is a central part of the book’s opening plot. Some schools and groups believe that students shouldn’t be exposed to this kind of language or imagery.

Is A Clockwork Orange based on a true story?

A Clockwork Orange does not tell a true story. But, it was partially inspired by a terrible event close to Burgess’ life. His wife, Lynne, was attacked and assaulted during a Blackout in London in 1944.

A Clockwork Orange has had an important influence on the literary, musical, and visual arts world. It also expresses an important message about free will and what happens when one group tries to control another’s behaviors.

Why did Anthony Burgess write A Clockwork Orange?

Anthony Burgess wrote A Clockwork Orange to share his image of a totalitarian future, inspired by his experiences in the 40s, 50s, and 60s. He also wanted to remind readers about the importance of free will, even for those who choose to commit violence.

Is A Clockwork Orange a hard read?

A Clockwork Orange is a difficult book to read due to the author’s use of Nadsat, a fictional language he created for the novel. It requires that readers learn a few basic Nadsat words in order to follow Alex’s narration.