Many quotes in Lolita perfectly captures important themes that drive the book. The themes of taboo, solipsism, and the humanized beast are poignantly captured in a few quotes. 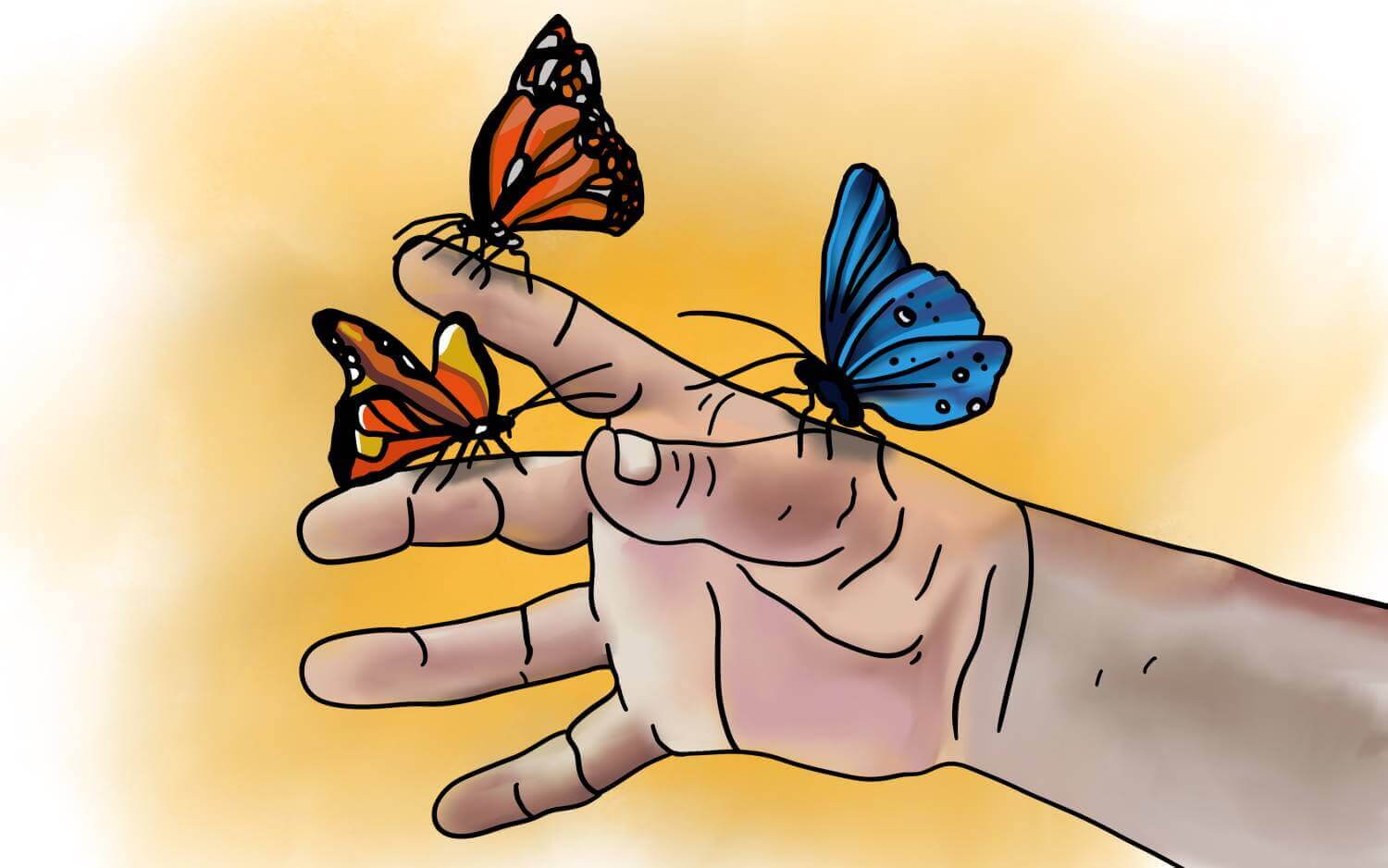 Humbert Humbert not only sexually abused Lolita, but he also deprived her of her childhood. The gravity of this offense, his fluctuating sensitivity to it, and his solipsism are made clear in a few quotes.

The Tragedy of Abuse

This, then, is my story […] It has bits of marrow sticking to it, and blood, and beautiful bright-green flies

This quote came at the very end of Humbert’s narration. It comes at a time when Humbert had shed his selfish and distortive account of things for an honest self-reflection. He acknowledged here that what he has just narrated is a sordid mix of beauty and gore.

Vladimir Nabokov has said that the spectacle of a monkey managing to paint the bars of his cage after months of coaxing brought the first “little throb” of Lolita to him. Nabokov then aimed to create a true beast- a distasteful character in Lolita but presented as a normal human, with a gift for words. The result is a narration of some of the worst evils in the world with beauty and style that lessons or cushions the impact of the horrible reality.

Never did she vibrate under my touch, and a strident ‘what d’you think you are doing?’ was all I got for my pains

Here Humbert describes Lolita’s reaction to his sexual advances. We realize that not only have Lolita never enjoyed sexual intercourse with Humbert, but it is also very likely that it was never consensual. This makes the situation of Humbert’s relationship with Lolita clear enough for the reader. Prior to this point, Humbert had tried to distract readers from wondering about Lolita’s reaction to his abuse by removing her voice and focusing on his own feelings and deductions about Lolita. Slips like the above quote possibly show Nabokov’s attempt at foiling Humbert’s enchantment and narrative control.

The lovely, trustful, dreamy country we had traversed was no more to us than a collection of dog-eared maps, ruined tour books, old tires, and her sobs in the night — every night, every night — the moment I feigned sleep

This quote refers to one of the few times we catch a glimpse of what Lolita felt about Humbert’s sexual demands. Humbert had hitherto cast Lolita as a seducer and failed to explicitly detail Lolita’s feelings during their sexual activities. But here we get the unmistakable sense that Lolita is nothing but an abused sex slave being held against her will, and sexually molested against her desires. Humbert makes only a handful of references of this nature, reflecting his desire to control the narrative as part of his sympathy-seeking objectives.

This was a lone child, an absolute waif, with whom a heavy-limbed, foul-smelling adult had had strenuous intercourse three times that very morning

Here Humbert admits that he has exploited Lolita’s helplessness and naivety for his sexual gain. In another part of the book, after learning that her mother had died, Lolita came crying into Humbert’s arms. They were supposed to have used different rooms, but Lolita’s feeling of helplessness drove her to the only man she knew, who unfortunately was her abuser.

What I had madly possessed was not she, but my own creation, another, fanciful Lolita — perhaps, more real than Lolita; overlapping, encasing her, floating between me and her, and having no will, no consciousness — indeed, no life of her own

Humbert would continue to see Lolita almost exclusively as a sexual object of such, viewing his relationship with her only through the sexual utility she provides. He, in essence, solipsizes her.

Lolita, when she chose, could be a most exasperating brat. I was not really quite prepared for her fits of disorganized boredom, intense and vehement griping, her sprawling, droopy, dopey-eyed style […] Mentally, I found her to be a disgustingly conventional little girl

Here Humbert displays his typical dismissal and condescension towards Lolita’s tastes and desires. While he is very interested in Lolita’s physical attributes, he almost always views the person inhabiting the body as a nuisance. Humbert only cares for the sexual gratification that Lolita’s body offers, not for the person she is. It is an act of supreme self-centeredness.

Quite possibly, behind the awful juvenile clichés, there was in her a garden and a twilight, and a palace gate — dim and adorable regions which happened to be lucidly and absolutely forbidden to me

Humbert produces this quote while recalling the moment when Lolita expressed her fears about the dreadful loneliness a dead person has to encounter. Humbert does not think too much about the statement then as he was not interested in aspects of Lolita that were not her body, but later on, he realizes that expressions like that represent peeks into a rich mind and personality that he has unfairly dismissed as simple. He recognizes and admits clearly the solipsism in his treatment of Lolita.