‘The Outsiders’ is a great book that resonates with any teenager and youth around the world because it touches on their feelings and emotions. 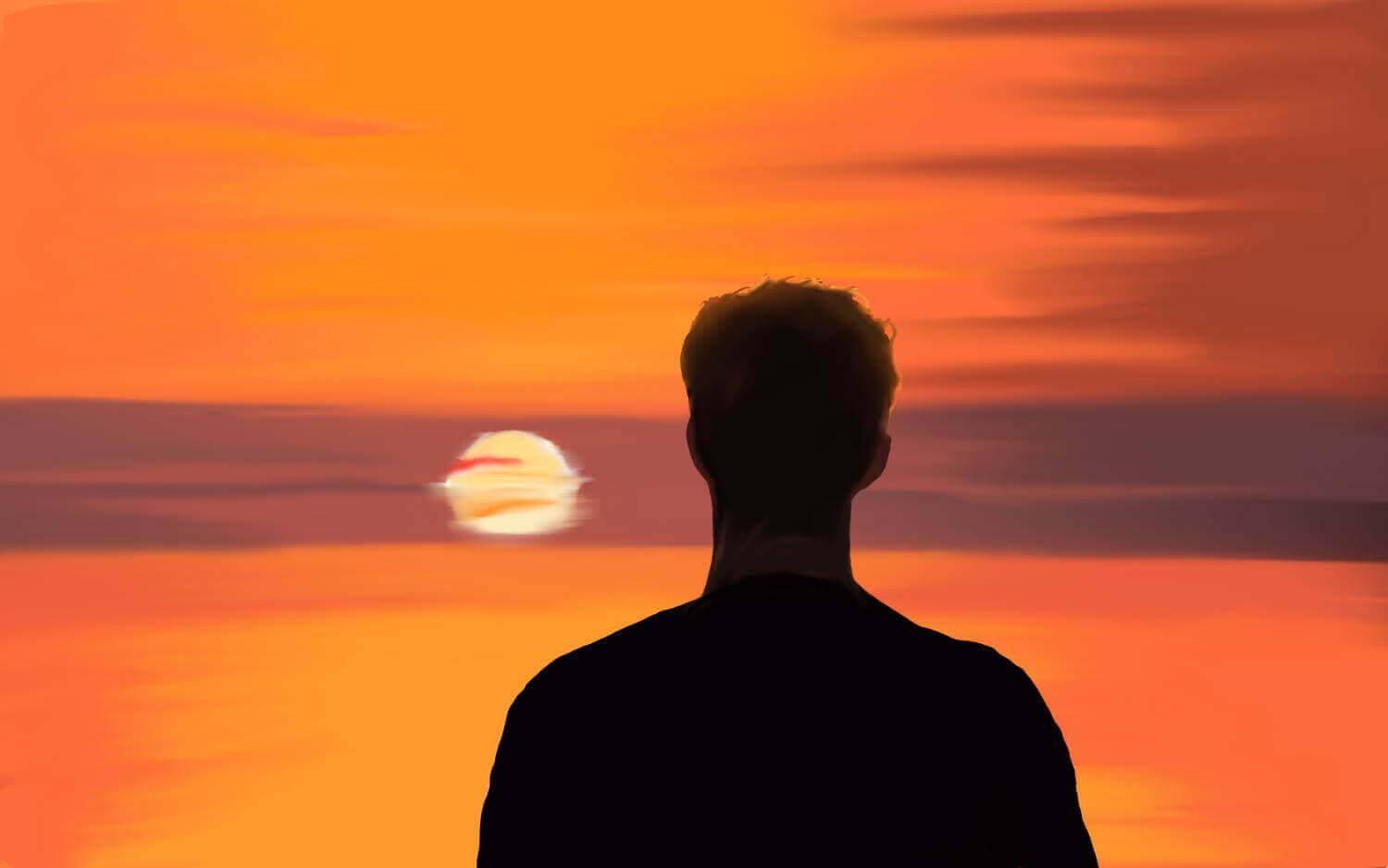 With its honesty and grit, S. E. Hinton’s innovative story harmoniously related with teenagers immediately; it was first published in 1967, and fifty years later, this powerful story is still as fresh and realistic to teens as ever. The Outsiders is a moving presentation of Ponyboy, an Oklahoman teen who finds himself on the outside of society and at odds with the Socs, a vicious gang of rich kids who have fun beating up Greasers like Ponyboy.

The story has an enduring appeal because it always feels like adults around them don’t understand what they are going through. So many teens see themselves through the characters in the novel, and so it is very relatable to them. They feel like adults have no idea what’s really going on, and so desire people of like minds that they can share stuff with. Again, even in today’s world, the concept of the gangs, groups, ‘in crowd’ and the ‘out crowd’ is still prevalent and universal. The names may have changed, but these children still see their own lives in what happens to Ponyboy and his friends.

The city depicted in The Outsiders is dirty, noisy, crowded, and full of danger. The city’s art museums, concert halls, and theatres are traditionally off-limits, so the only sources of entertainment and culture available to the poor boys, or greasers, are the rodeo and the movies. Most greasers dream of freedom and serenity of the country, where people are not judged and discriminated against because of their appearance.

As the story progresses, Ponyboy finds himself in the country with Johnny Cade, who is wanted for the murder of Bob. The two boys had a total transformation, both physical and emotional while hiding out in an old church building for five days. For people used to the fast pace of city life, the isolation and solitude of this new setting seem continuous.

The setting of the book starts with Ponyboy, who is the narrator. He is an Outsider or greaser, and they live on the East side of town. They have a strong rivalry against the Socs or Socials, who are rich boys who live on the West side of town. Ponyboy is walking home from the theatre one day when a group of Socs jumps him into the lot. But his brothers and a couple of friends come and defend him.

As the story progresses, we learn about the death of Ponyboy’s parents recently in a car crash. Their support system is their friends; they all stick together and help each other out whenever they need it. The next day, Ponyboy and Johnny go to the drive-in to watch a movie and meet two social girls there. They left their boyfriends because they were drinking and did not want to be in that type of environment. The boys stay with the girls, Cherry and Marcia because they asked them to stay. Soon, one of their friends, Two-Bit, arrives and befriends Marcia. They look interested in each other. After the movie, the group walks to Two-Bit’s house to pick up a car and give the girls a ride, but their boyfriends show up and take the girls with them.

After that, Ponyboy goes to a lot with his friend and falls asleep. In the morning, they wake up and go home. Ponyboy’s brother, Darry, was so angry that he hit him, which made Ponyboy run away from home. He meets up with Johnny, and they can walk to the park together, where they meet a group of Socs that attack them. Ponyboy almost gets drowned by Bob, and Johnny freaks out and kills him.  Without meaning to, he stabbed him to death.

Afterward, the two boys run away and find shelter in an abandoned church. They find money and go buy food. On their return, they discover that the church is on fire. The boys ran in and saved some children that were playing inside but were trapped by the flames. Timber falls and knocks out Johnny. Ponyboy is caught by some flames. Johnny later dies from the injury, and Dallas makes police shoot in anguish over Johnny’s death. A sad ending to a beautiful teen story.

Most students in middle school in the US and even all over the world have undoubtedly read The Outsiders. The classic book by S.E. Hinton has been turned into a film and was interpreted as a play by the Coterie Theatre. This novel centers on Ponyboy Curtis and his gang of friends (greasers) and their constant struggle against the Socs. This confrontation leads to our protagonist finding himself and learning about the value of family. The events in the story took place in the 1960s, and the book, The Outsiders, is a story that many students have identified with despite the time difference.

This emotional story is great for people of all ages and perfects to illustrate both sides of bullying. However, the one scene that has the most feeling and honesty is Johnny’s final scene with Ponyboy and Dallas. Without giving away too much, if you don’t tear up during this scene, then you are not a human being. Plain and simple. The book brings back the memories of their teenage years, the sadness, the laughs, and the social commentary of life growing up.

This book raises a lot of discussion about life in rural villages and on other issues that affect teens’ lives. The book is adequately crafted for a young adult. The book is written in a way that grabs the reader’s attention and builds suspense as the reader gets deeper into the book. The Outsiders is a great book for everyone, not just students, to read. This book raises many themes for exploration by anyone. These include family honor, violence, society and class, a divided community, education, love, individuality, loyalty, isolation, self-sacrifice, appearance, and choices.

This book may leave you with any questions that you can answer with events in your own life. This book helps teenagers understand themselves and the society that they live in. This book is a good way to introduce the topic of discrimination to young students. This book can help students practice their critical thinking skills by doing self-analysis and the groups that the student does not belong to. This book shows how cliques, gangs, groups, and peer pressure affect young people. This book brings up awareness for the things that youths go through in public education systems.

What does Two-bit offer for Cherry and Marcia?

At the beginning of Chapter 3 of The Outsiders, Two-Bit, Matthew offers to walk Cherry and Marcia home when they finish at the movies. But because they live on the west side of town, which is twenty miles away, he also offers to drive them home in his car.

Why do the two Soc girls leave their boyfriends when they are at the movies?

In the book, the two socs girls, Cherry and Marcia, left their dates because they brought alcohol. They knew that once the socs boys get drunk, they turn violent, so the girls left them and went away as they do not approve of their boyfriends’ methods.

Who does Cherry confess she could fall in love with?

Cherry Valance, a soc girl, confessed that she could fall in love with Dallas Winston, a greaser guy. Cherry is attracted to him despite the fact that Cherry is from an affluent family and Dally is from the poor side of the city. This is because her boyfriend and Dallas share similar qualities like being reckless, thrill-seeker, and enjoy partying and fighting.

Why did Sodapop run out of the house?

Sodapop runs out of the house to avoid witnessing another one of Darry and Pony’s arguments. He is already upset about Sandy, a girl he loves who got pregnant for another man and went away to marry him. He has already quit his hobby of riding rodeos, and now the fighting between his brothers pushes him over the edge.

Why does Darry hate Paul?

Darry hates Paul Holden, his former friend from high school because Paul was given a chance to play football and attend college, while he didn’t get it. This makes him jealous of Paul, as Ponyboy mentioned in the boy. Darry was also ashamed to be representing the Greasers as he is now a working man who struggles each day to make ends meet.

The Outsiders is S.E. Hinton’s first and best-known novel. It follows the story of Ponyboy who lives in a rural city where gang and class conflicts are rife. He learns through the events in the story that all the youths are despite their gang affiliations. He also learns all the teenagers have the same problems in life as well as seeing the same sunset.