In ‘Bridge to Terabithia’, author Katherine Paterson opts to use simple, relatable characters who play uniquely to their designated roles as the plots of the book unfold. 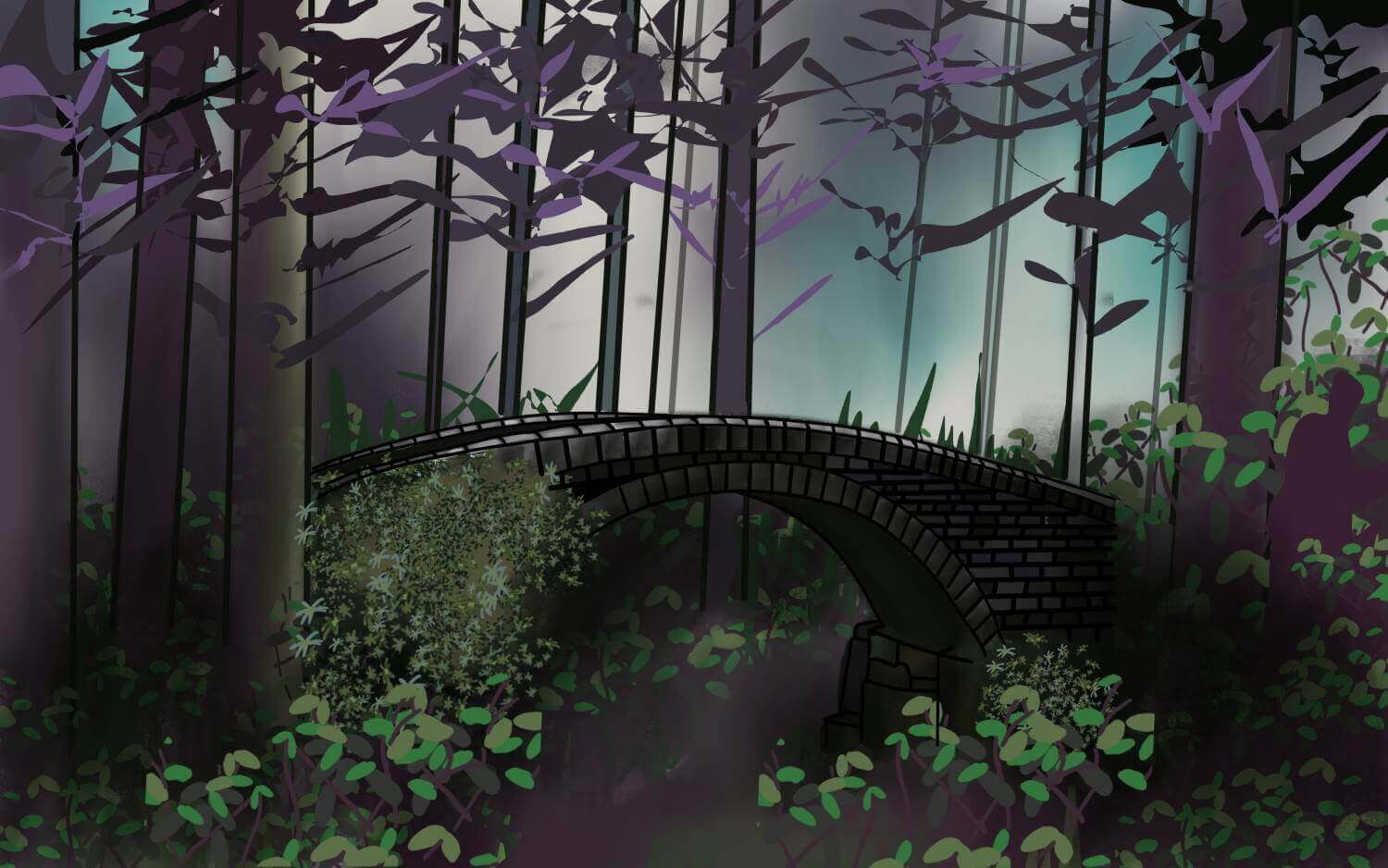 Or simply Jess. He is a 10-year-old and the protagonist of Katherine Paterson’s ‘Bridge to Terabithia’. Jess comes from a family of seven – where he is the only boy child and feels quite lost and lonely in it.

Readers notice how, from the start, his parents don’t give him the much-needed attention and care that he seeks – because they’re either too busy with work, or preoccupied tending to the needs of Jess’ other siblings.

Jess eventually finds a friend and companion in Leslie, her close-door neighbor but also an enemy turn ally. Both start out being competitors at a school sprint competition with Leslie – a girl – besting all the other athletes mostly guys, Jess is one of them.

Jess and Leslie later become friends and built a magical garden of Terabithia where they come to feel different and everything they lack in their families until Leslie’s eventual death in the same garden.

A manlike girl about the same age as Jess. Leslie’s parents are relatively well off as both are writers who lived in the city of Washington but decide to move down to Lark Creek, the countryside, and spend some time there.

Leslie gets off on a wrong footing with Jess – particularly due to her carefree lifestyle and the fact that she shatters Jess’ dream of being the athletic champion for fifth grade, however, both later find good ground and become friends and together solve their shared problem of loneliness and attention.

Leslie dies drowning in the swamp of their magical garden while Jess is out of town with their music teacher Miss Edmunds.

Miss Edmunds is Jess’ Elementary music teacher, and Jess loves and idolizes her personality. She is described as beautiful, kind, and nonconformist in the ways that she dresses and thinks. She is responsible for taking Jess out on a trip to the museum when the sad incident occurs killing Leslie in the Terabithia swamp.

He is the father of Jess and four other girls. Mr. Aarons is a workaholic who often travels outside of Lark Creek to Washington for work. He barely has time to spend with Jess and the little that he has he spends with the girls. Mr. Aarons loves Jess very much but is tough on him and wants him to be hard and masculine.

She is Jess’ mother and the wife of Mr. Aaron. She is a housekeeper and is often busy organizing and taking care of the house. She also struggles with the pressure of taking care of her five children – particularly the girls. She is also guilty of ignoring Jess’ needs for attention and is often hard on the young man resulting in Jess thinking he is the least loved.

Bill Burke is a well-off writer and father to Leslie who dies by the swamp at Terabithia. He and his wife Judy Burke are normally based in the city of Washington where both have successful careers as writers. Bill is tired of city life and decides to move his family to the suburb of Lark Creek – where, sadly, his daughter loses her life.

She is Leslie’s mother and the wife of Bill Burke. Like her husband, Judy is a high-end writer and author by profession. Judy loves and takes care of her daughter Leslie and is very friendly and warm towards Jess – as she would always entertain the both of them by spending time talking with them and reading novels to them.

She is her little sister to Jess and is described as smart and sensitive even for her age. She and Jess are more than siblings and are also good friends who spend time together – as Jess considers her his favorite sister.

Janice is a popular bully at the Lark Creek Elementary school where Jess and Leslie attend. She has a side so terrifying and would often team up with other bullies to mail all the other scrawny kids. Leslie and Jess later converted her after realizing her bullish nature is spurred by her traumatizing dysfunctional family.

She is one of Jess’ teachers but has a bad reputation among the students for being mean, unreasonable, and unempathetic. Mrs. Myers and Jess never really see eye to eye for the most part of the book, but later understand each other after the climax of the book – as Jess gets on the same page with her.

Gary is portrayed as a jealous boy – also in fifth grade as Jess and Leslie. He is bitter and touchy after Leslie beats all the boys in the running competition for fifth graders.

Willard is probably the most handsome boy in Lark Creek Elementary, and this is likely the reason why girls flock around him and have crushes on him – even the notoriously bullish Janice Avery has a crush on him.

Ellie is Bill and Judy’s daughter and Jess’ older sister. Much of what is described here is her obsession with her looks and fancy things – also she enjoys giving Jess a hard time and often bantering him, sometimes for no reason at all.

Brenda is the eldest of Jess and his other siblings. Like Ellie, she is brutal with words, controlling, and constantly being a bane to Jess’ life. She derives joy in getting Jess into trouble with their mother.

Who are Jess’ siblings in Katherine Paterson’s ‘Bridges to Terabithia’?

Jess’ siblings in ‘Bridge to Terabithia’ includes, May Bell, Brenda, Ellie, and Joyce Ann – all of whom are girls. Jess is the only male child of the Burke family.

In ‘Bridge to Terabithia’, who is Jess’ favorite teacher in fifth grade?

Miss Edmunds is Jess’ favorite teacher at Lark Creek Elementary. Jess admires and respects her because she is beautiful, loving, and empathetic to his problems.

Why does Bill feel so far away from his son Jess?

In ‘Bridged to Terabithia’ Bill is always too busy with work and doesn’t have time for Jess. That aside, he intentionally wants to be tough with Jess to Jill’s him into an emotionally strong and independent man. He would rather give his little time to the girls than to Jess.