Twenty Thousand Leagues Under the Sea Themes and Analysis 🦑

‘Twenty Thousand Leagues Under the Sea’ by Jules Verne is a classic scientific adventure novel published in English in 1872. It engages with a variety of themes, utilizes interesting symbols, and contains examples of various literary devices. 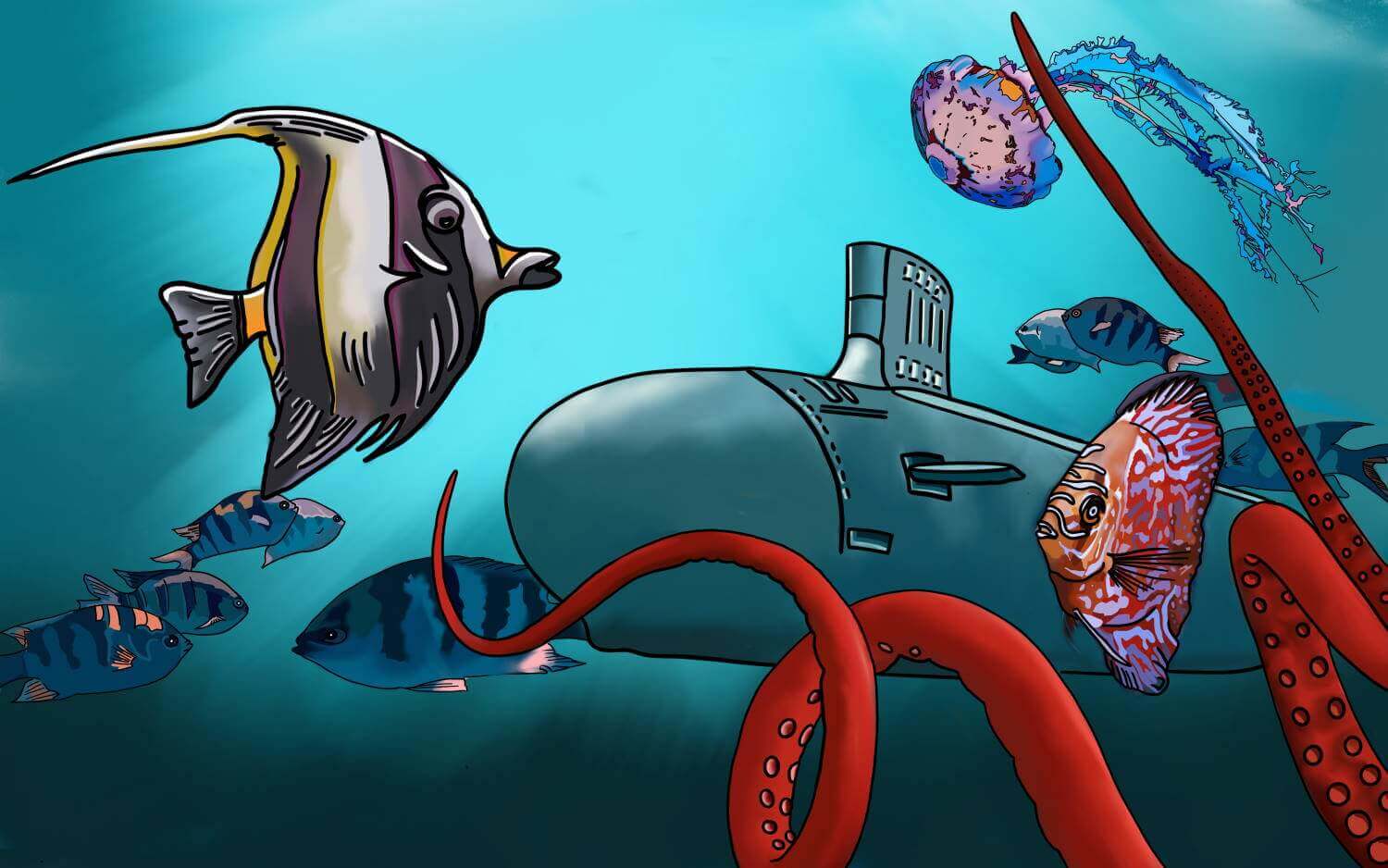 Throughout Twenty Thousand Leagues Under the Sea, Jules Verne engages with themes of exploration, revenge, and freedom. These can be explored in detail below.

Freedom, or freedom juxtaposed with confinement, is one of the major themes of this novel. The protagonists of the novel, Professor Aronnax, Ned Land, and Conseil, are captured and held against their will within the confines of the Nautilus submarine. The authors asks readers to consider the freedoms the three lost at the beginning of their confinement and the importance of a different kind of freedom— that of freedom from society. It’s the latter that Captain Nemo is pursuing within his submarine.

Initially, the Professor and readers believe that Captain Nemo created the Nautilus and embarked on his long journey to free himself from the constraints of society and live a life focused purely on exploration and scientific discovery. But, there is more to the story. As the novel progresses, it becomes clear that not only is Nemo seeking out exploration and the ocean’s natural wonders, but he is also on a quest for revenge against those who he believed wronged him. His desire for revenge leads him into a battle with a ship, which he sinks, showing his true lack of mercy for a specific unknown group of people.

Professor Aronnax’s desire for exploration and discovery is piqued after his capture by Captain Nemo. As he learns more about the Nautilus submarine, the wonders Captain Nemo has seen and cataloged aboard his ship he becomes less willing to escape from the submarine’s confines. He begins to idolize Captain Nemo and the life of pure exploration that he initially seems to be leading.

Twenty Thousand Leagues Under the Sea is written in the first-person perspective in the form of a journal kept by Professor Aronnax. Readers learn about the Nautilus and its Captain through Aronnax’s perspective. Much of the novel includes scientific language that can, for some readers, prove difficult. This does add an element of authenticity to the account (as the journal is kept by a scientist). The narrative does not spend very much time on personalities or on a realistic depiction of Captain Nemo. Instead, it focuses on scientific marvels, ocean life, and the statistics of the submarine.

Throughout, the tone of the novel shifts. It is at times scientific and at others, amazed or confused. Aronnax has trouble understanding Nemo, but he is overwhelmed by the incredible sights and knowledge he encounters.

Verne makes use of a great deal of figurative language in this novel. This includes similes, allusions, and examples of imagery—for example, the various allusions to scientific discoveries and explorers when the book was written. For example, Aronnax mentions Professor Dumeril and Professor de Quatrefages, two French naturalists.

The Nautilus represents both freedom and confinement. For Captain Nemo, the Nautilus submarine is his greatest accomplishment. It allows him freedom from the constraints of society and the freedom to pursue vengeance against those who wronged him. But, to the novel’s three protagonists, the Nautilus submarine represents, to varying degrees, confinement. The three men are trapped inside the sub against their own will.

Within the novel, electricity represents possibility. The way that Captain Nemo utilizes electricity within the Nautilus sub allows him to do a great deal more than any scientist at the time would’ve predicted. It allows the submarine to travel throughout the world’s oceans and make incredible discoveries in places no one has been before. But, at the same time, it also gives the sub the power to wage battle against any warship it approaches.

What is the main idea of Twenty Thousand Leagues Under the Sea?

The main idea of Twenty Thousand Leagues Under the Sea is that freedom comes in many different forms and that without contact with society, human beings can lose their understanding of what’s right and what’s wrong. Captain Nemo separates himself from the rest of the world to find freedom and pursue vengeance on his terms.

What is the falling action of Twenty Thousand Leagues Under the Sea?

The falling action of the novel occurs when Ned Land, Professor Aronnax, and Conseil are preparing to leave the ship and Nemo drives it into a storm. They are forced to contend with the possibility that they are going to die in the submarine and never make their escape.

Is Twenty Thousand Leagues Under the Sea scientifically accurate?

Much of Twenty Thousand Leagues Under the Sea is considered scientifically accurate. Verne used his broad scientific knowledge to envision the future of exploration, electricity, and underwater travel.

Why does Nemo want revenge?

Throughout the novel, the mystery of Captain Nemo’s heritage, motivations, and anger remain unknown. The author alludes to a specific wrong that Nemo suffered while on land and his desire to get revenge against an unknown enemy.