Harry Potter and the Prisoner of Azkaban Summary 🐺

‘Harry Potter and the Prisoner of Azkaban’ is the third installment in the Harry Potter book series written by J K Rowling. It is known for establishing a significant shift in storytelling, from a cheerful tone to a darker, more gritty one. 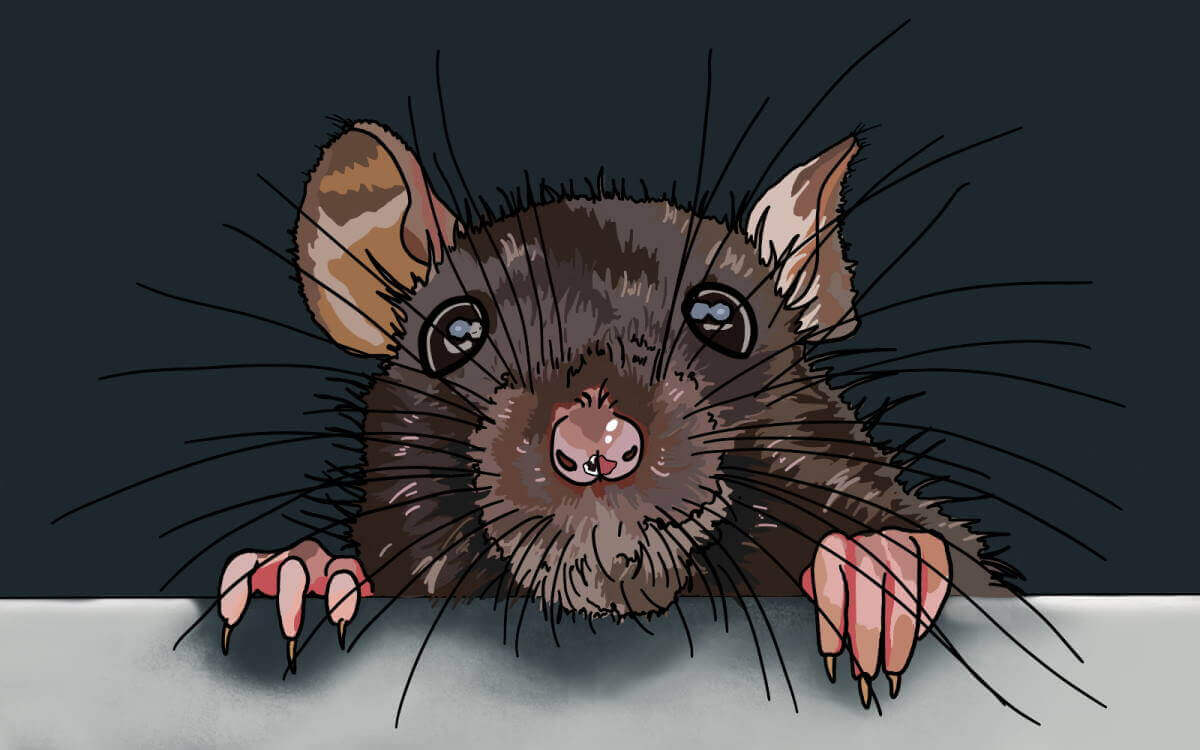 Harry Potter and the Prisoner of Azkaban is considered one of the most well-written Harry Potter books of all time. The events of this book start with the holidays after Harry’s second year in Hogwarts. Harry is very dejected about Aunt Marge’s visit to the Dursleys’ because she is always very rude and mean to him. But eventually faced with a lot of new challenges, Harry is forced to abruptly leave the Dursleys’ house which is when he realizes who the notorious escaped criminal Sirius Black is. From there, the story just moves in strange new directions and Harry, Ron and Hermione are left to figure out how to solve the mysteries that keep coming.

‘Spoiler-free’ Summary of Harry Potter and the Prisoner of Azkaban

Harry Potter and the Prisoner of Azkaban begins when Harry is amidst his vacations after the second year at Hogwarts. Harry is not happy that he has to entertain when she visits the Dursleys, but has no choice and complies as Uncle Vernon promises to sign his form to go to Hogsmeade only if he is in his best behavior around Aunt Marge.

Meanwhile, in the news, Harry hears about a notorious mass murderer by the name of Sirius Black, who has escaped prison. When Aunt Marge arrives, she is very mean to Harry and insults and ridicules his parents. This makes Harry angry and he involuntarily ends up using magic to bloat up Aunt Marge like a balloon. He storms out of the Dursleys’ into the night.

Eventually, he finds the ‘Knight Bus,’ a transportation system for stranded witches and wizards. He meets the conductor Stan Shunpike and the driver Ernie, and it is here that he finds out that Sirius Black is in fact a wizard and is Voldemort’s follower. He eventually gets down at the Leaky Cauldron, meets the Minister of Magic himself, and decides to stay there and prepare for his next year at Hogwarts.

Harry Potter and the Prisoner of Azkaban Summary

Harry Potter and the Prisoner of Azkaban begins with Harry’s vacation at Privet Drive, where he awaits his next year at Hogwarts more than anything. He is already bored of staying at Privet Drive and isn’t looking forward to meeting Aunt Marge who is always rude and insulting. When she arrives, she makes fun of him and deliberately berates his parents. Enraged, he subconsciously uses magic and bloats Aunt Marge like a balloon. He then storms out of the house with his luggage. He finds the Knight Bus and is led into it by Stan Shunpike, its conductor. He then gets down at the Leaky Cauldron where Cornelius Fudge warns him about Sirius Black and tells him to be to keep an out wherever he goes.

Harry eventually meets Hermione and then Ron and his family, who have just been on a trip to Egypt. There, Mr. Weasley further cautions Harry about Sirius Black and tells him to be careful at Hogwarts. They all go to King’s Cross by Ministry cars, which is eventually found out to be kept for Harry’s safety.

They all board the Hogwarts Express and come across a compartment with only a professor named R J Lupin, looking disheveled and fast asleep. After a while, the train suddenly stops and a black hooded figure with slits for eyes and a mouth enters and Harry is suddenly reminded of an old memory of his mother screaming during her death, which results in Harry fainting. When he wakes up, Professor Lupin gives him a bar of chocolate and says that these creatures are dementors who are guards at Azkaban, and were searching for Sirius Black.

Another school year begins in Hogwarts. They have a lot more classes than their first two years and extra subjects like Divination, Care of Magical Creatures, Arithmancy and Ancient Runes. Hermione is adamant to take every class despite some of them being offered at simultaneous times.

In the first class of Divination, Professor Trelawney foresees grave danger in Harry’s future, due to the Grim, an ominous symbol that resembles a black dog, spotted in Harry’s teacup. In the Care of Magical Creatures class with Hagrid, Harry is the first student to befriend a Hippogriff, Buckbeak, and sit on it and ride around in the sky. However, Draco Malfoy insults it despite warnings and eventually gets wounded by its claws. He complains to his father about it, and eventually, Hagrid is forced to face an inquiry in the Ministry about this.

In the Defense Against the Dark Arts Class, Professor Lupin gets a Boggart, a creature that changes its form based on the deepest fear of who is standing in front of it. The Boggart turns into a lot of different things before eventually, Professor Lupin stops the class when it is Harry’s turn to face the Boggart. Harry isn’t able to visit Hogsmeade because his uncle didn’t sign the permission forms. He spends some time with Professor Lupin who tells Harry that he didn’t let Harry face the Boggart because he was scared that it would take the form of Lord Voldemort.

Sirius Black is spotted in Hogwarts castle and he tears apart the portrait of the Fat Lady to gain access to the Gryffindor dormitory. The students are all made to sleep in the Great Hall as the castle is searched and nothing is found eventually.

In the first Quidditch match, Harry spots a large black dog during the game and eventually faces a group of Dementors mid-air. He faints and falls down, only waking up later in the Hospital wing. He realizes that his Nimbus 2000, the Quidditch broomstick, was shattered by the Whomping Willow.

On their second visit to Hogsmeade, George and Fred give Harry a magical map called the Marauders’ Map, which helps Harry secretly go to Hogsmeade. Soon after, strangely, he receives a Firebolt broomstick as a gift for Christmas and is elated. However, Hermione tells Professor McGonagall about its arrival under strange circumstances and they have an argument resulting in Harry and Ron being angry with Hermione.

Harry eventually learns how to fight dementors off with Professor Lupin’s help, Buckbeak the Hippogriff is sentenced to death despite the help that Hermione gave to prepare a strong case for the hearing. Eventually, the three reconcile, become friends again, and the exams come closer.

Harry, Ron, and Hermione go to see Buckbeak before his death, but eventually end up leaving early from Hagrid’s as the executioner, minister, and Professor Dumbledore visit. Eventually, when they are about to leave for the castle, a large black dog appears suddenly and takes Ron by the leg, and drags him into the Shrieking Shack. Harry and Hermione follow in hot pursuit, only to realize that the black dog is Sirius Black. Professor Lupin enters after a while, and it turns out that he and Sirius Black are friends. Hermione is angry and reveals to everybody that Lupin is a werewolf. Eventually, Black and Lupin try explaining to the trio that it was Peter Pettigrew who betrayed Harry’s parents to Voldemort and is in the form of a rat hiding in plain sight. It is found out that Ron’s pet rat Scabbers, is in fact Peter in disguise. Professor Snape enters soon and disarms both Lupin and Black. Harry eventually disarms Snape and he faints.

They then take Peter Pettigrew to the castle but have to stop when Professor Lupin transforms into his werewolf form as it is a full moon day. Sirius Black transforms into his dog form to protect the trio from the wolf. However, a bunch of dementors swarms around Sirius near the lake, Harry tries to save him but to no avail. Finally, he sees someone else casting a Patronus and driving away from the dementors.

Harry wakes up in the hospital wing. Eventually, Dumbledore comes in and advises Hermione to use her time turner, a time-traveling device she has been using to attend simultaneously scheduled classes. They both go back in time, save Buckbeak from getting killed, take him to the top of the tower where Sirius is held captive, and save the day. It is found out in the course of this adventure that it was Harry himself who cast the strong and powerful Patronus to save Sirius from the dementors.

Who gifted the Firebolt to Harry?

It was Sirius Black who gifted the Firebolt to Harry. Sirius realized that Harry’s previous broomstick, the Nimbus 2000 was reduced to dust when it fell over the Whomping Willow. Therefore, Sirius, being Harry’s Godfather, went ahead and bought him a brand new Firebolt.

What is Moony Wormtail Padfoot Prongs?

Moony, Wormtail, Padfoot, and Prongs are the nicknames of the four friends who together created the Marauders’ Map. Moony is Remus Lupin; the name owing to his being a Werewolf. Wormtail is a reference to Peter Pettigrew’s Animagus form of a rat. Padfoot is a reference to Sirius’ dog form and Prongs is the name for James Potter’s Stag form.

What is a Time Turner?

A Time Turner is a time traveling device in the Harry Potter universe. It is usually worn around the neck as a necklace. The Time Turner used by Hermione in Harry Potter and the Prisoner of Azkaban required rotations to be made for each hour one decides to go back in time. However, in the narrative of this book, it is shown that time turners don’t change the past, they only allow one to go to the past, do anything and that matches the continuity of the real world without any time paradoxes.