Harry Potter and the Deathly Hallows Themes and Analysis 🧙

‘Harry Potter and the Deathly Hallows’ is loaded with the themes of almost every other Harry Potter book, only in a more significant and heightened sensitivity. Common themes of the Harry Potter series like love and friendship are put to the ultimate test in this book. 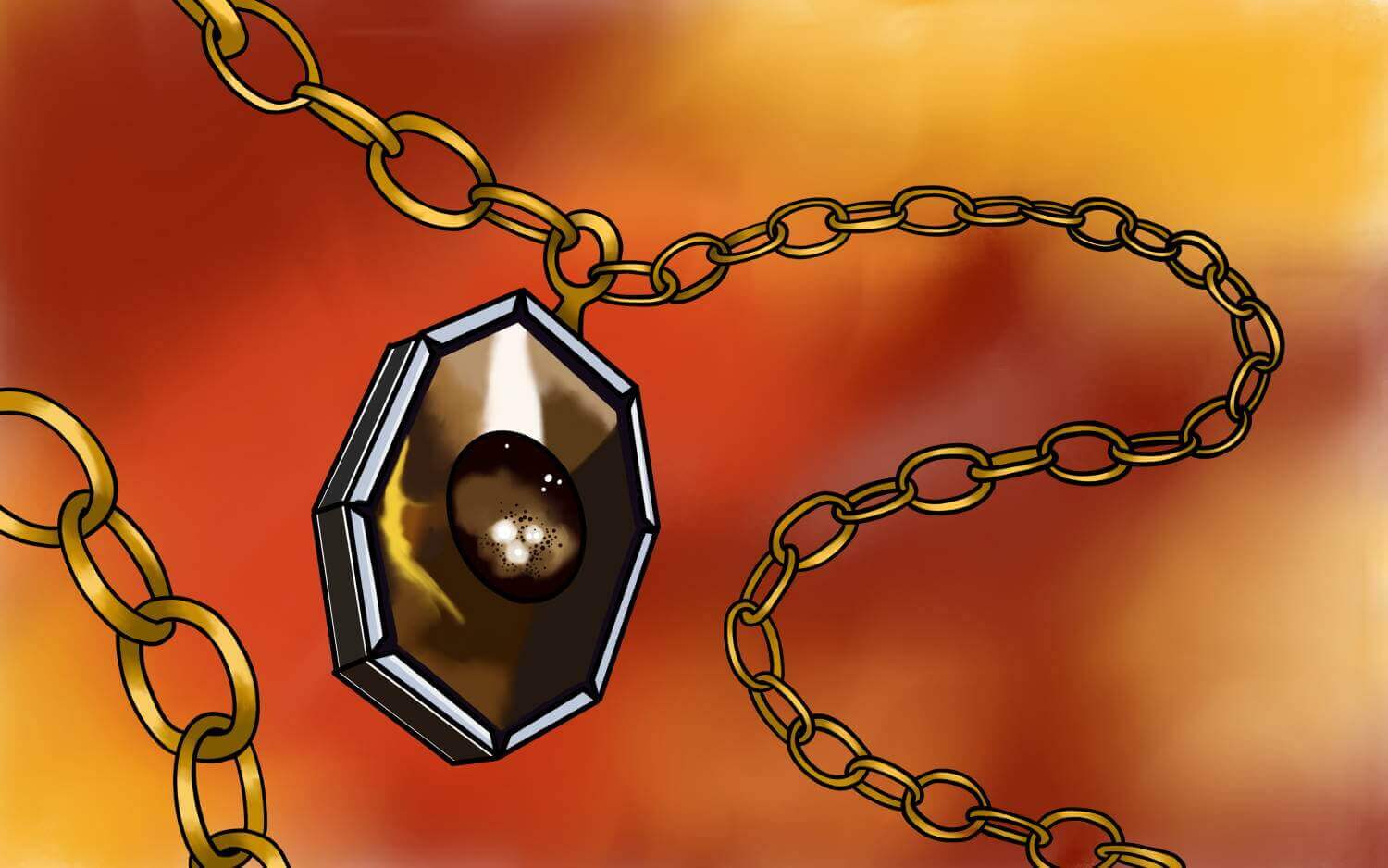 Harry Potter and the Deathly Hallows

Harry Potter and the Deathly Hallows is a very testing book in that a lot of common themes that are portrayed in the Harry Potter series as a whole are put to test here, especially the theme of friendship and loyalty. For instance, in the previous books, the stakes to exhibit integrity were not as high as in the case of Harry Potter and the Deathly Hallows. Be it Xenophilius Lovegood who reveals Harry’s location to the Death Eaters, or Ron himself who decides to leave Harry and Hermione in the middle of their mission of hunting down Horcruxes, the world around these characters has become a much darker and more difficult dwelling.

The choices they tend to make question their very identities but they have no choice. In the case of Xenophilius Lovegood, it is his daughter Luna who has been kidnapped that makes him break his allegiance to Harry. With Ron, it is just a general fear of wanting to see his family and ensure their safety coupled with the failure of the trio in doing much with the Horcruxes. Several themes are abundant in Harry Potter and the Deathly Hallows but some of them are more strongly illustrated in the book.

Allegiance is a crucial theme in Harry Potter and the Deathly Hallows because it determines a major part of the outcomes that occur in the book. Firstly, since there are two sides at war here in the wizarding world, it is only fair to expect members of each side to be completely loyal to their own. However, in this case, since Voldemort and the Death Eaters represent a cause that is not inclusive and convenient to everyone, but is so only to themselves, the reader expects someone to betray them at great risk to defeat them at war.

This is where Severus Snape comes in. Throughout the book series, Severus Snape has been a very ambiguous character because of his constant bullying of Harry but is justified by Dumbledore as a loyal man to the Order of the Phoenix. Since the first time Harry saw Snape, he has been doubtful of him, but Dumbledore has always laid his faith in Snape.

In Harry Potter and the Half-Blood Prince, Snape finally shows his strange side when he murders Dumbledore in front of Harry. Therefore, when Harry Potter and the Deathly Hallows starts, Harry is more furious at Snape than he is at Voldemort. However, when Harry collects Snape’s memories and all the truth comes out, Harry is shocked at the complexity of Snape’s actions.

Snape was always allegiant to his love for Lily Potter, and by extension, to the Order of the Phoenix, Dumbledore, and their cause. However, Snape had to pretend on both sides to be actually allegiant to each of them, which is not only a daunting task but also very risky and highly dangerous.

Allegiance is a very strong theme in this book precisely because while it is easy to be loyal to someone when the stakes are not all that high, it takes great internal strength and grit to do the same when a lot is at risk. Snape is considered a great person by Harry despite what he did to him because of the respect that Harry has for Snape’s internal strength.

Other examples of allegiances in this book include the Malfoys and Peter Pettigrew. In the case of the Malfoys, it is simply their love for their son Draco that enables them to get away with lying to Voldemort about Harry being dead. Despite showing no remorse for their actions or empathy for their fellow beings, the Malfoys still show the emotion of love for their own kin, which makes them slightly more redemptive as characters than Voldemort will ever be. Their allegiance changes for love, just like Snape who before Lily’s death was a Death Eater eager to climb the ranks.

Peter Pettigrew, on the other hand, changed his allegiance long back when he outed James and Lily’s address to Voldemort out of fear. This is very different from the others mentioned above in that, while Snape and even the Malfoys changed their allegiance to protect someone else as an act of selflessness, Peter Pettigrew solely does it out of a selfish cause.

Despite there being several debates on whether good and evil even exist as absolutes, Harry Potter and the Deathly Hallows precisely shows that they do. It illustrates clearly why Harry’s cause represents good while Voldemort’s represents evil.

Harry is a boy who was driven into a path that he did not ask for, just like Voldemort, orphaned early and shown no love. However, they are both products of society’s failure to show them affection. This changed for both of them when they were ‘adopted’ by Hogwarts, a school that made them both feel very special and loved in their own ways. However, while Harry looked unto others as well as himself to understand and reinforce his innate principles, Voldemort saw his admission into Hogwarts as an opportunity to satisfy just his own needs and wants.

As time progressed, they both grew. But Harry grew with everyone else around him, whom he also benefitted from while Voldemort, or Tom Riddle, although benefitted from his surroundings only grew for himself, without any gratitude or affection for his fellow beings. This also resonated with his cause. He wanted purebloods to rule the magical world. He depended on his hatred for his muggle father and respect for a powerful ancestor (Salazar Slytherin) to determine the purpose of his life – to conquer his surroundings and control them.

Harry, on the other hand, used his love for his parents and his admiration for almost everyone around him to determine his life’s purpose – to create a world where everyone could as much as possible, live harmoniously.

While Harry and Voldemort themselves are not good or evil, their causes and their purposes evolved into absolute good and evil. To be fair to Voldemort, his father, whom he hated, abandoned his mother and him, so his hatred is somewhat justified. However, instead of seeing it as a single instance of human failure and seeking possibilities where humans could be better, he shut himself down completely to that possibility and advanced to a loveless and emotionless rampage of world domination.

Analysis of Key Moments in Harry Potter and the Deathly Hallows

The writing style of Harry Potter and the Deathly Hallows is quite similar to that of the previous installments in the series. Since this is the finale of the book series, it is far more interesting to read in terms of the plot because a lot of cliffhangers and mysteries that were left intact are resolved here. Furthermore, despite being one of the longest books in the series, it is very crisp, packed with a lot of tense action, and well written.

While there exists a ‘limbo’ period during the time Harry, Ron and Hermione are in the forest searching for ideas about Horcruxes but doing very little, where the crispness of the narrative is not followed, it still works really well in portraying the misery of the situation, especially when contrasted with the other action-packed parts of the book.

Analysis of Key Symbols in Harry Potter and the Deathly Hallows

The Deathly Hallows are very closely tied to the story that sets them in legend. The Tale of the Three Brothers, which talks about Death granting wishes for each brother and the three of them choosing different things, speaks volumes. The first brother, like Voldemort, asks for the Elder Wand which is a metaphor for ultimate power to control everyone. It so happens that Voldemort seeks the wand within the plot which makes it more meaningful as a symbol.

The second brother, like Dumbledore, asks for a Resurrection Stone which could bring back his lost loved ones. Dumbledore despite being a very powerful and strong wizard is overcome by very strong guilt and a sense of loss over the death of his sister, Ariana. So, he even tries on the Gaunt ring without any warning, which is what causes his early death.

The third brother, just like Harry, cheats death, by hiding under the Invisibility Cloak, which could be seen as a metaphor for accepting death. The first step to not being afraid about death is accepting that it is inevitable. Harry does this when he walks into the Forbidden Forest devoid of the fear of death and still ends up alive.

No. Snape is not Harry’s father. Despite being fantasized about in several fanfiction writings of Harry Potter, there is no way that Snape could be Harry’s father because Lily and Snape were never together. Lily never reciprocated Snape’s romantic feelings for her despite Snape remaining loyal to his love for her. Lily loved Harry’s father James Potter romantically and the two got married and had Harry as their only child. Furthermore, all of Snape’s resentment towards Harry came from the fact that Harry was the son of James Potter, whom Snape really hated in his school days.

Why is May 2nd Harry Potter day?

May 2 was decided to be celebrated as International Harry Potter Day in the year 2012. The British Prime Minister of that time, David Cameron, announced in 2012 that May 2 would be celebrated as Harry Potter Day because that is the day that the Battle of Hogwarts was fought and that commemorated the victory of Harry Potter and his friends over Lord Voldemort, ushering a new era for magical beings throughout. It is also a fitting tribute to J. K. Rowling’s great Magnum Opus which has made a lot of people very happy over the years.

Why did Harry name his daughter after Luna?

Harry and Ginny’s children are all known for their vibrant names that commemorate a lot of people that were important to Harry. Harry’s eldest son was named after his father and his godfather, James and Sirius. Harry’s youngest son was named after the two headmasters of Hogwarts that impacted him the most, Albus and Severus. However, Harry’s daughter, Lily Luna Potter was named after Harry’s mother, Lily and Luna Lovegood, who was a very close friend to both Ginny and Harry. So, Harry and Ginny probably wanted to commemorate their common friendship with one of the most interesting characters in the Harry Potter book series, Luna Lovegood.