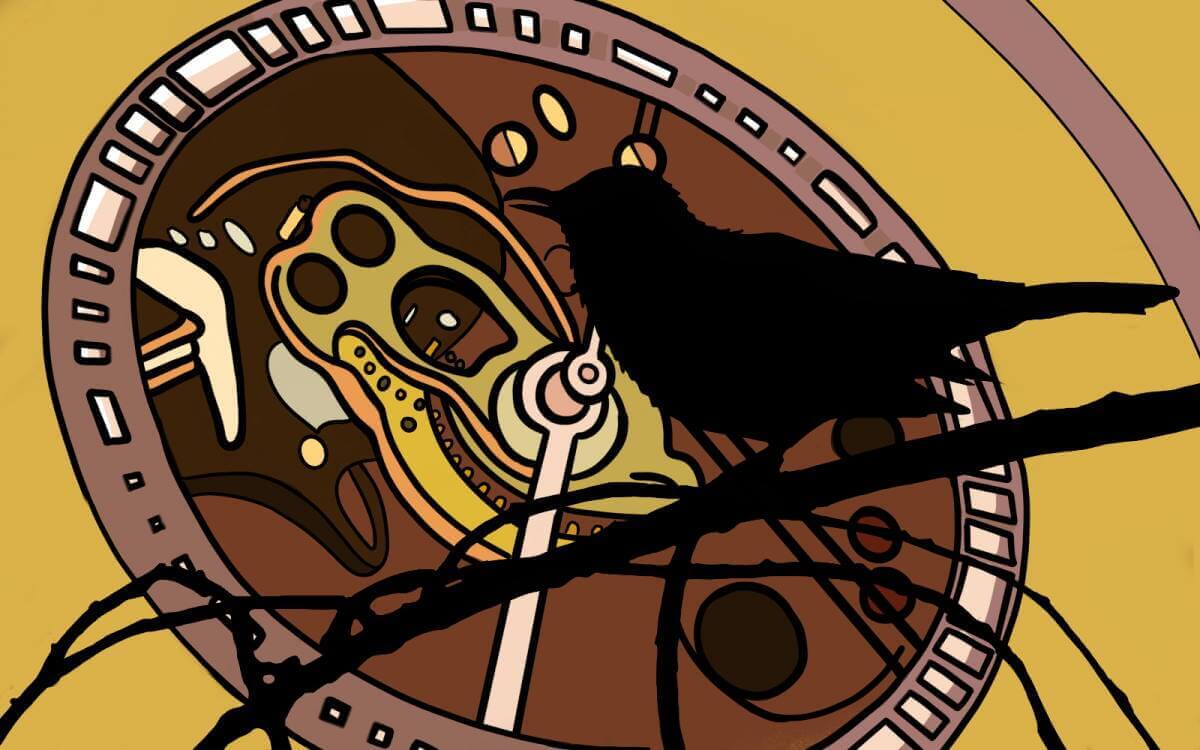 The affection that Harry and Ginny have for their son Albus is what drives them to eventually save him from the difficult situations he faces and it is a similar yet different affection that inspires Scorpius to fight for the world his friend Albus exists in, despite being on the verge of death. It is not far-fetched to claim that it is indeed affection that makes Delphini plot an elaborate evil plan to live up to her father Voldemort’s name, no matter how ill-intentioned her cause.

‘Spoiler-Free’ Summary of Harry Potter and the Cursed Child

Harry Potter and the Cursed Child begins with Harry and Ginny arriving at King’s Cross Station to see off their sons James Potter II and Albus Severus Potter along with their daughter Lily Potter II. There, they are joined by Ron and Hermione who are also there to see off their daughter Rose-Granger Weasley. Albus Severus Potter makes friends with Draco Malfoy’s son Scorpius Malfoy. Rose is scandalized by this, because of the rumor that Scorpius is in fact the son of Voldemort and chooses a different set of friends.

Meanwhile, it is found out that Harry works as the Head of Magical Law enforcement at the Ministry of Magic and Hermione is the Minister of Magic. Ron runs the Weasley Wizard Wheezes along with his brother George.

Once they reach Hogwarts, Scorpius and even Albus are both sorted into the Slytherin house, to everyone’s surprise. Time passes swiftly and Albus is now in his third year. He doesn’t like being seen with his father Harry in public, and they have an argument about Albus’s Hogsmeade form after he incinerates it, showing no interest to take part in anything. It is found out that Scorpius’s mother Astoria, died of a fatal illness and Albus is dealing with a lot of issues with his father Harry.

Another year passes and Harry manages before the beginning of the fourth school year for Albus, Harry decides to gift Albus the blanket his mother used to wrap him in when he was a child, as a token of bonding. However, Albus shows no interest in this and eventually they end up having an argument and Harry accidentally spurts out that he sometimes wishes that Albus was not his son. A short while later, Amos Diggory comes to Harry’s house pleading him to use the Time-Turner they recently confiscated from Theodore Nott and get back his son Cedric Diggory from the dead.

Harry refuses and Albus overhears them. Albus also meets Delphi Diggory, the niece of Amos and as he boards the Hogwarts Express the next day, he and Scorpius eventually decide to escape from the moving train to hatch a plan and save Cedric Diggory and despite the Trolley Witch’s resistance, they are successful in running away.

They meet Amos Diggory who is not pleased to hear about what they have to say, but Delphi responds positively and they all set out to steal the Time-Turner from the Ministry of Magic. They disguise themselves as Harry, Ron, and Hermione and break into Hermione’s office from which they are successful in stealing the Time-Turner. They then enter the Forbidden Forest and disappear to the time of the first task of the Triwizard Tournament.

There, they try to sabotage Cedric’s attempt to prevent him from getting any points in the first task but they also end up making Hermione suspicious of Durmstrang and she ends up going to the Yule Ball with Ron as friends. Here, back in the present, a lot of things have changed due to their meddling with time, including Ron being married to Padma Patil instead of Hermione, and Albus being sorted into the Gryffindor house.

Harry is furious with Albus and decides to keep a strict eye on Albus, also breaking the friendship between him and Scorpius. They eventually end up becoming friends again and decide to go back in time again to reset their mistakes and try to save Cedric.

They reach the time of the second task of the Triwizard Tournament and they inflate Cedric’s head during the task, insulting him severely and hoping he won’t take part in the third task. However, as they come back to the present, Scorpius is alone and everything is very different. He finds out that in this alternate reality, Harry Potter was killed by Lord Voldemort in the Battle of Hogwarts by Voldemort, and Hogwarts is now run by Dolores Umbridge and the ‘Augurey’ are the ones in control of everything around them.

Scorpius also finds Severus Snape, Hermione Granger, and Ron Weasley who are part of the resistance. In this world too, Ron and Hermione are not married. They all plan to change the course of history by preventing Albus from throwing the spell on Cedric Diggory in the first place and reversing all the damage that had been done.

They succeed but are caught by the Dementors guarding Hogwarts. All of them eventually die, but Scorpius makes it to his current reality alive where everything is back to normal. He tells Albus what happened but they are caught by Professor McGonagall, Harry, Ron, Hermione, Ginny, and Draco. They tell them the entire story, and McGonagall is furious. She explains that this was a very irresponsible thing to do and that they should have been very careful with something as serious as this.

Scorpius claims that he lost the Time-Turner on his way back, but in actuality, he has it hidden and does not trust anyone with it. They decide to destroy it together, but Delphi suddenly arrives. Scorpius figures out that Delphi is hiding something sinister when he sees an Augurey tattoo on her. She reveals her true identity and admits to being the daughter of Voldemort and Bellatrix Lestrange. She also claims that she intends to go back in time and prevent Voldemort’s destruction.

Delphi takes Scorpius and Albus captive and also kills Craig Bowker Jr. They go back in time to the third task of the Triwizard Tournament. There, inside the maze, they are saved by Cedric Diggory who assumes them and Delphi to be a part of the task. Furthermore, they all are transported into another timeline, and the Time-Turner is destroyed by Delphi in the process.

They figure out that they have reached the date 30 October 1981, which happens to be a day before Voldemort’s attack in Godric’s Hollow. They decide to use the blanket given by Harry doused with the love potion to write a message for help. In the present day, Harry figures out that they’ve written a message on the blanket. Draco happens to have a Time-Turner using which Harry, Draco, Hermione, Ron, and Ginny travel back to the same date and reunite with Scorpius and Albus.

There, Harry transfigures into Voldemort and approaches Godric’s Hollow and is stopped by Delphi who is very keen to impress him. However, she figures out that it is Harry in disguise and they start dueling. Delphi is eventually overpowered by the rest and is kept captive. The actual incident occurs while they sit still listening to Harry’s parents getting killed by Voldemort, all in support of Harry.

Eventually, they come back to the present and Harry takes Albus to Cedric’s grave and has a bonding session with him. He also explains to him that while Albus Dumbledore and Severus Snape were both great people, they also had their own flaws and that he must not try to live up to their reputation. Instead, he must live his own life, free from all these complexities, the way he wants.

Who is the villain in Harry Potter and the Cursed Child?

Delphini is the prime antagonist in Harry Potter and the Cursed Child. She pretends to be the niece and caretaker of Amos Diggory when she first meets Albus Potter at his house and then befriends both him and Scorpius but eventually, she reveals herself to be the daughter of Voldemort and Bellatrix Lestrange, born during the Second Wizarding War. She tries to prevent Voldemort from getting defeated by Harry but is unsuccessful after Harry, Hermione, Malfoy, Ginny, and Ron with the help of Albus and Scorpius thwart her.

What is the moral of Harry Potter and the Cursed Child?

The most important ‘moral’ of Harry Potter and the Cursed Child is that just loving someone blindly, doesn’t solve all the problems in a relationship. The best illustration of this is shown in the relationship between Harry and his son, Albus. Although Harry shows a lot of love to his son at all times, he fails to understand the complexity of what his son is going through which is why they have a lot of differences in opinion, which eventually leads to them being distant from each other.

What is the conclusion of Harry Potter and the Cursed Child?

Harry Potter and the Cursed Child ends with Harry witnessing the death of his parents in the hands of Voldemort after he and his friends prevent Delphini from alerting Voldemort about the future. Since Harry traveled back in time with Malfoy, Hermione, Ron, and Ginny, to the day that his parents got killed in Godric’s Hollow, he has no choice but to wait and watch Voldemort kill his parents. After they come back in time, Harry takes his son Albus to see Cedric Diggory’s grave and they discuss several things.