Herbert George Wells had quite the gratified career in science fiction writing and it’s become a widely shared believe that without his works the genre so mentioned may never have been fully-fledged like it did. 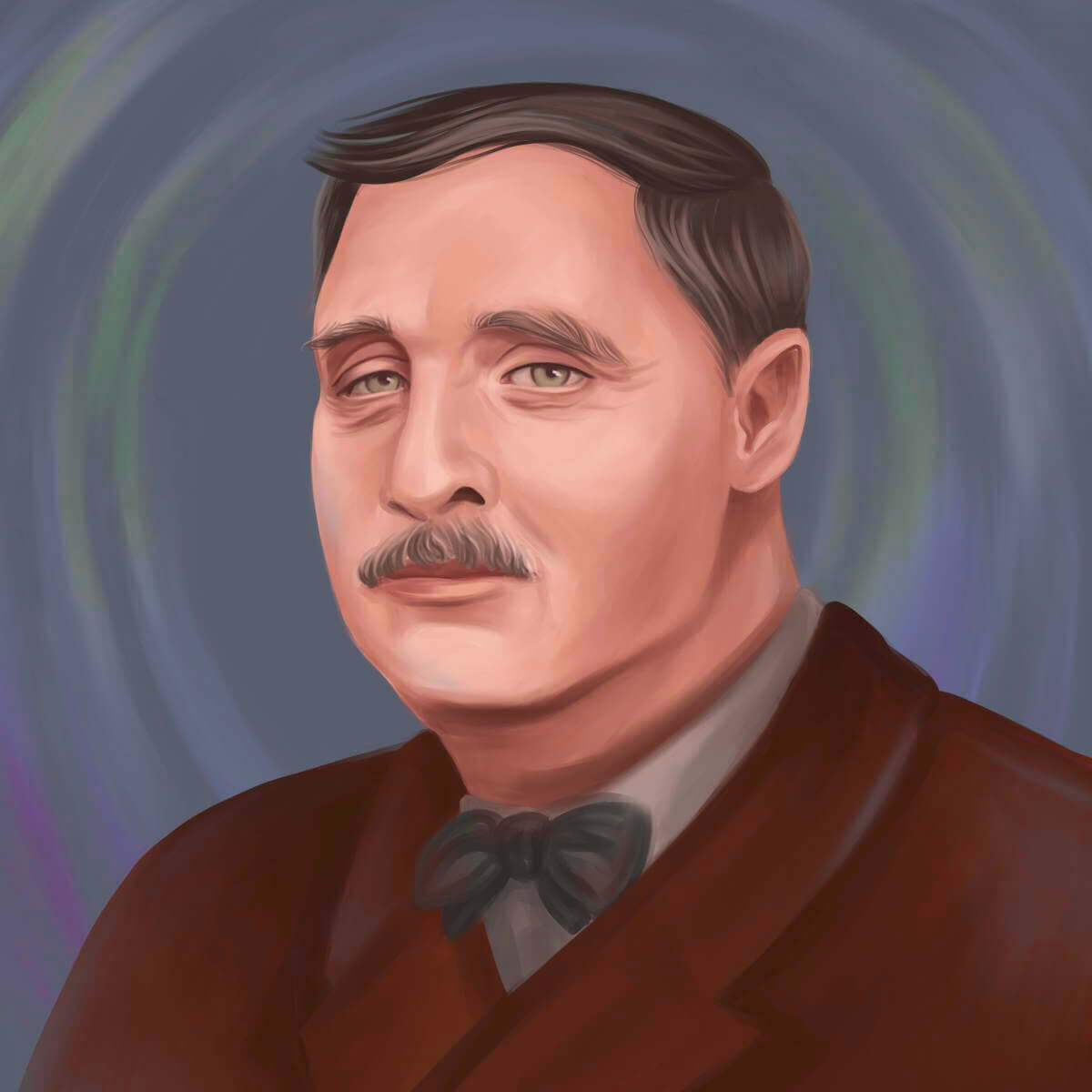 Despite being more than a century ago since his books hit the bookshelves, Wells’s impact is still felt today as a transgenerational and visionary work of art that will remain evergreen for many years to come.

Being a social commentator and a pro-communist, H.G. Wells mostly used his books as platforms for anti-communist and philosophical preachings. There are more than a few prototypes to his works that have continued to preserve his undying reputation in the midst of literary contributors and the sci-fi world in general.

The Time Machine is H. G. Wells’s first book. It is a classic and an iconic creative work that immediately became a hit following its publication.

Wells’s ability to stimulate and reach far deep into the imagination, creating a concept machine capable of traveling through time, sandwiched in his ability to connect them with pressing issues of a troubled society – such as those of Victorian England – was a major reason the book had a critical and commercial effect in the first few months of its appearances and never slowed down from there onwards. For the plot, Wells introduces the reader to a scientist, the hero, a trickster, and an inventor who makes a device capable of traveling back and forth through time.

He starts by showing a miniature version of his invention (and then the live version) to his dinner guests by the first week. The next week when his guests come back for their routine dinner hangout at his house, he tells them the story about how he had traveled to the year 802,701 AD and back. In his tale, he explains how, in the future, humanity evolves into two separate, self-dependent beings, one being the Morlocks, and the other Eloi.

His scientific gut feeling tells him the oddly beautiful but frail and somewhat dumb Eloi race are the descendants of present-day wealthy and elite upper class of the society, while the slightly monstrous, underground-aboding cannibals called Morlocks are the posterity of present-day poor and marginalized lower class.

He aligns more naturally with the peaceful and friendly Eloi and even has to save one of their daughters, Weena, from drowning by the river. In his quest to recover his time machine following its misplacement, he discovers his friends, the Eloi, are in danger of being destroyed by the Morlocks – who apparently are breeding and eating the frail creatures. He must stay back long enough to save them from the impending apocalypse, find his time machine and travel home.

The War of the Worlds is another display of H. G. Wells’ originality as a writer. By introducing the world to his Martian manhunters, alien attacks, and alien wars, Wells once again touches on a futuristic theme that would be widely replicated and reimagined throughout literary history and also through the film medium. The author uses a narrator whose name he never gives away.

The narrator tells the story of a certain invasion of England by a battalion of Alien Martian soldiers who take to the local streets obliterating everything on sight with their unnatural three-legged machine gun which emitted deadly heat rays.

The War of the Worlds is a fairly interesting book to read not only because of the thrills and actions it offers but by the very fact that it’s one devoid of the characteristic bias which always seems to place the civilization of men as being the strongest, most advanced of all. The book was also important for Wells’s environmental activism as he reflects on how man’s so-called progress and technological advancements are leading to the destruction of green vegetation and other natural life.

Tailored to react to modern trends in animal experimentation and genetics, The Island of Doctor Moreau is maybe the grimmest book ever written by Dr. Wells. In this book dated one hundred years in the past, Wells deploys a narrator in the person of a man called Edward Prendick, who survives a shipwreck only to find himself stranded on a bizarre island run by the more bizarre Doctor Moreau, an enigma who, through vivisection, has created a hybridized race of human-animal.

Prendick’s experience on the island is one characterized by fear and trepidation, as he constantly has to look over his shoulders to avoid the ensnarement of the strange doctor and his minions.

Although exciting and daring, The First Men in the Moon is evidently one of Wells’s books considered less popular with the average reader. The book showcases Bedford, a business person, who gets entangled with Dr. Cavor, a scientist, on the verge of inventing a sort of gravity-repellant material. The ambitious doctor records a breakthrough and he is off to the moon with his friend Bedford as they intersect the alien race of selenites. Wells seems particularly farcical with this book, with lots of comedic excitement flying intermittently across various scenes.

What H. G. Wells did with The Invisible Man is what is still today regarded as the prototype for the horror genre. In this book, the reader sees the predominant character, Mr. Griffin, go through all the trouble to make himself invisible before men. However, he records a breakthrough and goes unseen but realizes that his biggest accomplishment can’t be appreciated without a touch of visibility at his own will.

His objective changes as he must try to avert the process. However, a failed attempt at this drove him mad and instilled hatred of the world in him. Very typical to Dr. Wells’s signature books, The Invisible Man is one driven by scientific inquiry, however, what makes the book even more interesting to read is Wells’s ability to instill the villain with almost zero morality.

H. G. Wells’s books are proven starters of popular literary genres, and their reputation is still lived well into today’s entertainment industry, arts, and literary society. Wells distinguished himself from his contemporaries with his ability to dive deep into the imagination and fetch ideas that are fresh, exciting, and uncharted. Not many authors can stand their ground with him on that pedestal.