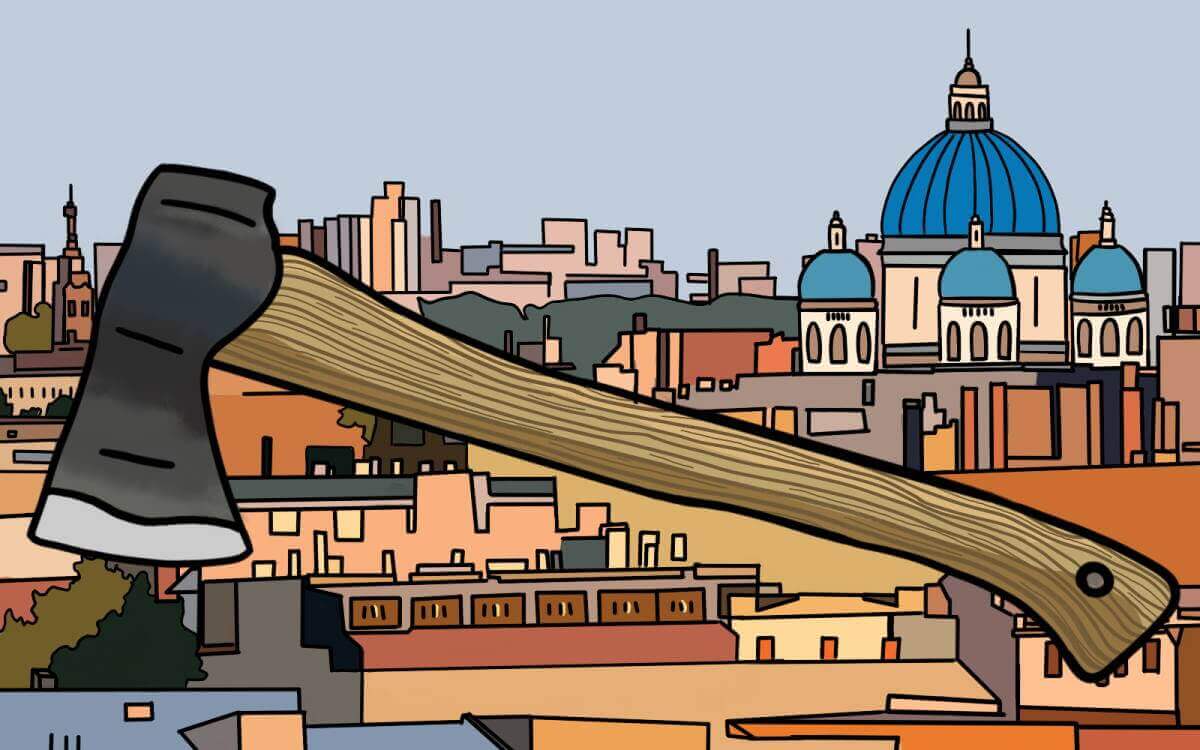 Fyodor Dostoevsky’s ‘Crime and Punishment‘ reflected his passionate response to the infiltration of ideas he deemed dangerous from Western Europe into Russia. Although he went to prison for being part of a radical intellectual group in Russia, the prison experience deeply affected his outlook on life and he located genuine progress this time with traditional Slavic values of brotherhood, rather than Western individualism and subsequent nihilism.

‘Crime and Punishment’ was conceived as a philosophical response to the radical ideas Dostoevsky comes back to witness within the St. Petersburg Russian society after his return from prison. A number of intellectuals had rejected conventional morality and important traditional institutions in favor of a rational egoist, socialist utopian, and utilitarian philosophy.

Nihilistic in outlook, these new radicals held ideas that Dostoevsky was fundamentally in opposition to, given his own subscription to the legality of the monarchy, the Russian Orthodox church, and other relics of the old and traditional Russian institutions that the new radicals sought to abolish. Dostoevsky wrote ‘Crime and Punishment’ partly to show how defective these ideas were.

The idea for “Crime and Punishment” first came to Dostoevsky in a raw and vague form when he was in prison in Siberia. By the time of his release during his time abroad in an effort to escape his creditors in July 1865, Dostoevsky had already put in place plans to develop this idea of a psychological account of crime into a novel.

At about the same time he also began work on the scourge of drunkenness in society titled “The Drunkards“. Dostoevsky eventually discarded his first draft of the novel that intended to explore a psychological account of crime in favor of incorporating the story of “The Drunkards“—  namely the plot involving Marmeladov and Sonia-while also shifting the point of view from the first-person confessions of an imprisoned narrator to a third-person view.

The new version saw changes in the supposed motivations for Raskolnikov’s crime, as well as the role of characters like Sonia.  In a letter he wrote to his friend, Baron Vrangel, in 1865, he admitted he wasn’t pleased with the form this earlier version took and so was writing according to a new form and plan that had captivated him.

“Crime and Punishment” was published in a serialized version in the “Russian Herald”  from January to October of 1866. It was translated into English in 1886 to mixed critical reaction. While some praised the work as one of the extraordinary excellence others described it as incoherent and inartistic.

‘Crime and Punishment’ forms the first of the five major works for which Dostoevsky is mostly known and heralded. ‘Crime and Punishment’ has remained the most widely known Russian novel to this day. It has captured the attention of a large and intrigued readership since the time of its appearance and has continued to form part of the curriculum of numerous college and university courses not only as part of education on Russian literature, but also as regards Russian history and culture and that of Europe as a whole.

The novel is an enduring classic of not just literature but psychology and sociology, with Dostoevsky’s piercing insight into the human psyche and the poverty within Russia’s lower classes forming a valuable contribution to contemporary psychology and sociology. The novel was among the pioneers of literary realism in an era where romanticism was a mainstay in literature.

What inspired ‘Crime and Punishment’?

The idea for ‘Crime and Punishment’ first came to Dostoevsky while he was in prison in Siberia due to his encounters with criminals. However, the advent of ideologies like nihilism, rational egoism, and utilitarianism also inspired the book.

When was ‘Crime and Punishment’ Published?

As is standard for its time, ‘Crime and Punishment’ was first published serially in twelve monthly installments in the literary journal, ‘The Russian Herald‘, in 1866.

What time period did ‘Crime and Punishment’ take place in?

Dostoevsky set the novel around his own contemporary period, during the 1860s in the Russian city of Saint Petersburg. Russia had just exited its isolationist phase and was on a rapid modernization phase.