‘The Antichrist’ sees Nietzsche beam his searchlight on Christianity in an effort to expose its decadent values. The attack on Christianity is part of Nietzsche’s overall aim of forcing a radical reevaluation of values where we begin to see things differently and develop a more life-affirming morality 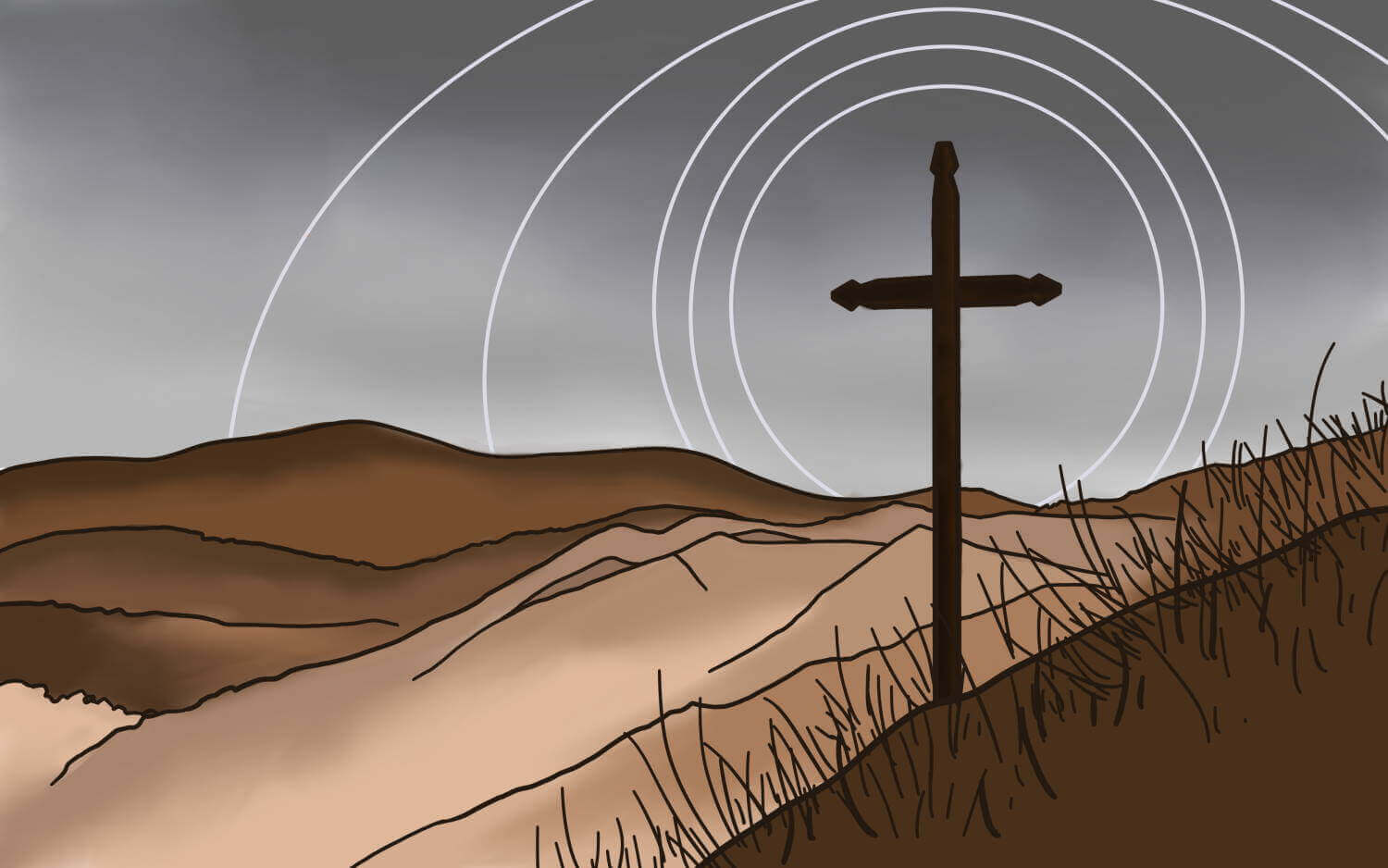 For Nietzsche, Christianity as we know it is a corruption of Christ’s original message that emphasized a simple, blissful acceptance of one’s reality without anger and resentment at anyone.

The Apostles however disregarded this message and created a religion through which they could express their resentment at their enemies and then subsequently try to exact revenge against this group. Nietzsche reveals the dishonest, sinister, and vengeful motivations behind seemingly noble Christian morals and then notes their influence on contemporary Western philosophy and morality.

Nietzsche believes that Christian morality targets the strong and so delegitimizes the values associated with them by designating them as sin. The natural inclinations to pleasure, to vital energetic exertions, to spirited control of one’s environment for his own good, is vilified as demonic, sinful, and bad. Because the instinct towards self-preservation and physical and mental advancement is frowned upon by Christian morality, Nietzsche predicts a corruption of the human race. It is this decadence that he associates with and criticizes in Christianity.

The Voice of Anger

Upon reading ‘The Antichrist,’ the dominant tone one detects is rage and disgust. Friedrich Nietzsche appears to be disgusted by Christianity. However, while the rage is obvious, Christianity as a whole, as we understand it, does not seem to be the target. The target is a collection of dominant and influential doctrines within the religion whose outsized influence on Western morality Nietzsche detests.

Nietzsche’s exemption of Jesus Christ himself from his attacks at Christendom indicates his identification or at least solidarity with that branch or strain of the Christian spirit that is not affected by the artificial association with values like pity and charity purely for selfish ends, nor motivated by feelings of resentment and sneaky revenge. For Nietzsche, Christ was pure of the spirit, was truly for equality for everybody, and never bore resentment against anyone.

But for Nietzsche, for most Christians, the motivations behind virtues like pity, charity, and faith arise out of selfishness. Pity is an emotion that arises out of a feeling of superiority. The pitied is an outlet through which the false Christian can perform his piety. Since he cannot live a sincerely pure life like Christ,  he makes up for it by announcing his “goodness” publicly through acts of charity and pity.

These are performative gestures designed to display one’s piousness more than they intend to help. Christ is for the genuine Christians what Paul is for the “false” ones. Paul is the one that allowed sinners, deplorable humans to lay claim to being Christians through his doctrine of justification by faith. Paul emphasized faith- the idea that a belief in Christ was enough- at the expense of true purity of being. It is Paul- who bore a grudge against the Pharisees, Sadducees, the upper echelons of Jewish society- who created heaven and hell as places of reward for the poor, the weak, and places of judgment for the strong.

Paul wanted to strip the strong of their abilities, of their freedom to extend themselves fully to the extent of their capabilities by vilifying their best traits, their abilities. It was now suddenly immoral to follow one’s instincts of self-preservation, of hedonism. The hedonism the Greeks idolized has given way to asceticism. God did not like riches or indulgence in pleasures. God wanted sack clothes and gnashing of teeth.

The rich would have no hope of making heaven until they gave out all their properties. It was after the corruption of religion has caught up to the strong and limited his capacities and brought everyone down to the level of the weak, that was when the vengeance of the apostles would be complete, and that would be when the decadence of Christianity would have completed its infection.

For Nietzsche, this would be doomsday for humanity’s future. Nietzsche’s anger at Christianity arises from the isolation he feels from being apparently among the few “hyperboreans” with the strength of will and intellectual honesty to see Christian morality, and by extension contemporary morality for the corruptive influence, it was.

Christianity’s ability to position its values as being noble and good when in reality they stem from resentment and impotence annoys Nietzsche and informs his scathing tone. Ultimately the fact that Christian values are apparently leading to the degradation of humanity is too much for him to handle and Spurs him on to try and turn humanity away from this impending doom.

Nietzsche is heralded as one of the greatest philosophers, but “The Antichrist” hardly comes across as a serious philosophy if we use contemporary standards for philosophy as our yardstick.

“The Antichrist” appears to be undermined by Nietzsche’s decision to select parts of the scriptures to accept as true and parts to accept as false or fabrication entirely based on his own arbitrary standards. His extensive use of Ad Hominem arguments at his targets also contributes to undermining his arguments.

Additionally, his criticism of Christianity might be argued to represent a caricatured and extreme version of the religion that at least some Christians obviously do not subscribe to. His overall criticism of the spirit behind Christian values however is backed by unassailable arguments. His predictions about the end result of a subscription to these values in humans appear to be sound. His greatest achievement here however is his success in helping us see a different way of viewing Christianity.

While other skeptics have focused on the falseness of the religion or the inexistence of God or the suspect morality that does not augur well with modern moral standards, Nietzsche attacks the aspects of Christianity that had erstwhile remained untouchable.

He did not simply say Hell did not exist, he focused on the underlying motivations behind the fabrication of such a place. Whether God existed or not was of less interest to him than the link between God’s behaviors and humanity’s own values at any point in time. He uncovered nefarious aims behind seemingly Pius instincts.

Most of all he showed that real strength of character can only be measured where the individual has the ability to do something, not when he is limited o certain choices by his conditions. The weak have no choice but to be Pius. The strong who can be other things but is instead Pius is the real Pius person.

In ‘The Antichrist,’ Nietzsche reveals the dishonest, sinister, and vengeful motivations behind seemingly noble Christian morals and then notes their influence on contemporary Western philosophy and morality. Nietzsche believes that Christian morality targets the strong and so delegitimizes the values associated with them by designating them as sin.