Nietzsche’s strong condemnation of Christianity in “The Antichrist” has attracted diverse reactions from people over the years. His work was condemned by the Christian church, by Western allies during the world wars who thought Nietzsche’s work emphasized “might is right” ideals; by historians and Christian apologetics who were not satisfied with Nietzsche’s reconstruction of Christian history and many other groups with other bones to pick. 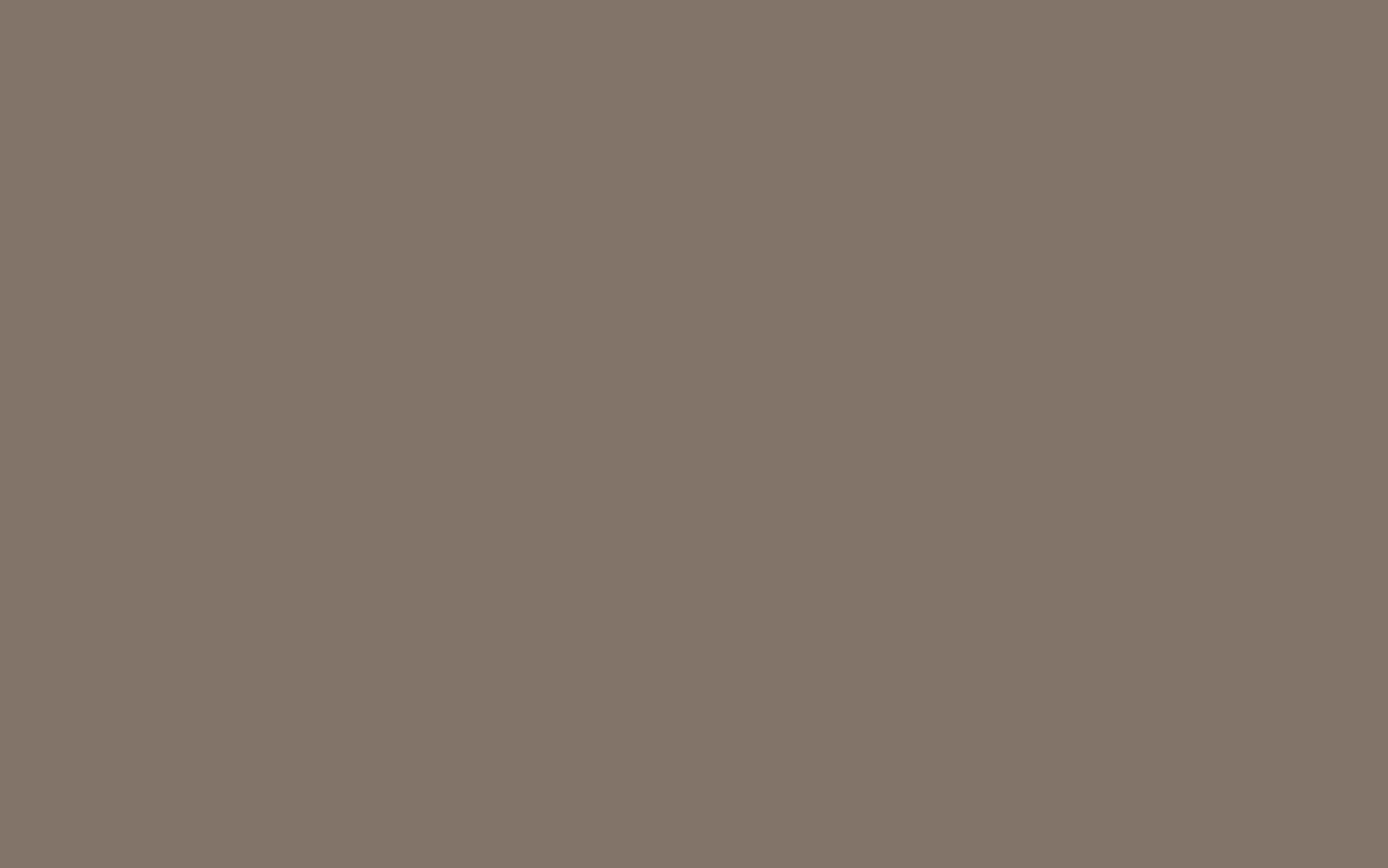 Scholars like Walter Kaufman were able to successfully rehabilitate Nietzsche’s image and thoroughly divest it of the politics and ideologies unfairly and carelessly attached to him.

Friedrich Nietzsche was born in a Christian home and spent a good portion of his childhood living in a parsonage. His zealousness and piety led children around to refer to him as the “little minister” and his childhood writings were full of sentimental pieties. It was during his time as a student of Philology at the University that Nietzsche broke with Christianity.

Nietzsche was studying in an academic environment that allowed him access to the philosophical works of religious skeptics and atheists like Schopenhauer, as well as the scholarly works in historical theology that tried to reconstruct a historically accurate account of the development of Christianity and the scripture.

These works generally refuted stories that had traditionally been seen as miraculous or having spiritual significance in favor of a more naturalized reading. Additionally, Nietzsche’s philological studies allowed him to take a birds-eye view of the historical development of morality across the ages, and his ability to objectively consider and compare the values of the ancient Greeks and contemporary Christianity led him to develop a dim view of Christian morals and sentiments.

With this new outlook toward religion and morality, especially as it developed over the years, Nietzsche was able to reevaluate his personal experience in Christianity and to see the values it espoused in him and other Christians like him in a new light. Nietzsche’s loss of faith had a serious and traumatic effect on himself and this led him to be puzzled at the relative ease by which his contemporaries shoved religion aside. He concluded that these new skeptics and atheists have not totally shed religion, but only continued their old inclinations in new, disguised forms.

Part of Nietzsche’s motivation for writing then was to expose the workings of the harmful psychological effects of the Christian worldview on those who no longer endorse it. But ultimately Nietzsche became convinced that Christian morals encouraged values that were counterproductive to man’s natural instincts for self-affirmation. Christianity encourages instincts that shrink from reality and plant themselves Ostrich-like in the sand while creating an entire moral and supernatural system to justify such illogical, anti-life, and anti-reason sentiments.

Nietzsche is also responding to a dominant philosophical conception of morality as a singular, categorical rigorous, largely prohibitive system such as the Biblical 10 commandments or Immanuel Kant’s categorical imperative. Nietzsche rejects such a systematic conception of morality that proposes sweeping, general rules and prescriptions in favor of an individualistic and dynamic system that considers the particular circumstances or temperament of a person.

Most of all, Nietzsche is responding to the predominant conception of Christian values and morality as good and desirable. Asides from the religious justification of these values, supposedly secular and atheistic philosophers have sought to elevate these values in their ethical and moral systems. Ideas like Kant’s categorical imperative, or Schopenhauer’s elevation of pity as a noble value struck Nietzsche as merely a resurfacing of Christian morality in secular garbs.

Nietzsche demanded an objective evaluation of these religious and moral values with the survival of humanity’s noblest and strongest values in mind. When weighed against these criteria, Nietzsche saw that these values fell short. Although they seem good and noble, these values are actually against the progress of mankind through the flourishing of his best, most natural instincts.

Asides from their corrosive effect on humanity, these values spring from a sneaky sentiment of envy and vengeance from the weak against the strong. They usually have no solid logical backing but instead, seek to insulate themselves against honest inquiry by favoring a concept of faith or sentimental ideas and values that are supposed to be accepted at face value.

They are backed up by a falsified history, a redirection of the original messages of more honest religious figures like Jesus Christ, the conspiracy and connivance of a self-serving and power-hungry priestly class, the reconstruction of the nature and desires of God after the predilections of this class, and so on.

Nietzsche spent the next four years gathering notes for the work however during his visits around cities in Europe but was unable to complete it because he got preoccupied with other works like “Beyond good and Evil” and “Geneology of Morals“.

After several changes to his initial plan, Nietzsche settled for retitling his work as The Transvaluation of All Values. By September of 1888, he began work on and completed the first volume in this work, which became “The Antichrist”. However, by New Year, his health had failed so rapidly that he could not complete the remaining volumes within the project. He never wrote again, asides from a couple of near manic letters to friends.

“The Antichrist” was not published until around 1895 due to his sister’s concerns about the inflammatory nature of its contents. Even at that, when it finally saw the printing press, a number of the more inflammatory passages and blasphemies were suppressed.

“The Antichrist” was published and had immersed itself well into public consciousness just prior to the first world war where it produced different reactions among the belligerents. The Germans saw its arguments as an endorsement of their extreme nationalism and their programs toward racial purity and the elimination of so-called undesirables.

The democratic allied nations saw it as nothing short of an evil endorsement of fascism and the rule by might. This perception of the book will dominate for a while, with Nietzsche viewed as a taboo subject in the West, while German soldiers went into a world war with a copy of his books in their backpacks.

However, this reading of Nietzsche’s work has been opposed by scholars. The likes of Walter Kaufman successfully challenged the idea that Nietzsche endorsed a rule of the powerful or extreme nationalism. They showed that Nietzsche did not endorse war or violence, as has been misunderstood by basic readings.

Today Nietzsche’s reputation is positive and he has been hailed as a great influence in movements like existentialism and modernism as well as in literature. The radical critical stance that sees him searching for flaws in the origin of things has been identified as an early display of the post-modern concept of deconstructionism. His attention to language as a medium that modulates, influences, and constructs knowledge, expression, and behavior has been influential to post-structuralism.

Was Nietzsche a failed composer?

Before embarking on a career in Philosophy, Nietzsche had wanted to be a composer. He wrote several compositions that received bad reviews from critics. The famous conductor, Hans Von Bulow described one such composition, “Manfred”, as the “most fantastically extravagant, the most unedifying, the most anti-musical thing I have come across for a long time in the way of notes put on paper.”

The period between 1871 and 1873 was a period that saw Nietzsche compose several works of varying lengths. However, by 1874 he stopped composing and directed his energies toward his philosophical enterprises. Nietzsche’s composition has been commonly described as undistinguished, with commentators noting that his literary and philosophical achievements were grander.

Did Nietzsche write while mad?

Scholars have claimed to detect signs of insanity in Friedrich Nietzsche’s last work, Ecce Homo because of its extremely immodest titles such as “why I am so clever”, ” “Why I am so Wise”, ” Why I write such excellent books” and “Why I am destiny”. However, scholars now associate these titles and the general tone of the book with self-irony, rather than insanity.

However, Nietzsche wrote a letter to his friend Franz Overbeck on January 6, 1889, after his collapse in Turin where he talked about wanting to murder all anti-Semites. He wrote a letter to another friend, Jacob Burckhardt, referring to himself as God. These letters so troubled both friends that Overbeck had to travel to Turin to see Nietzsche and take him to a nursing home in Basel, Switzerland. From there Nietzsche was taken to an asylum in Jena, Germany.