Dale Carnegie lived an interesting life even changing his surname at a point. He came from poverty yet made his life a rallying point for others. 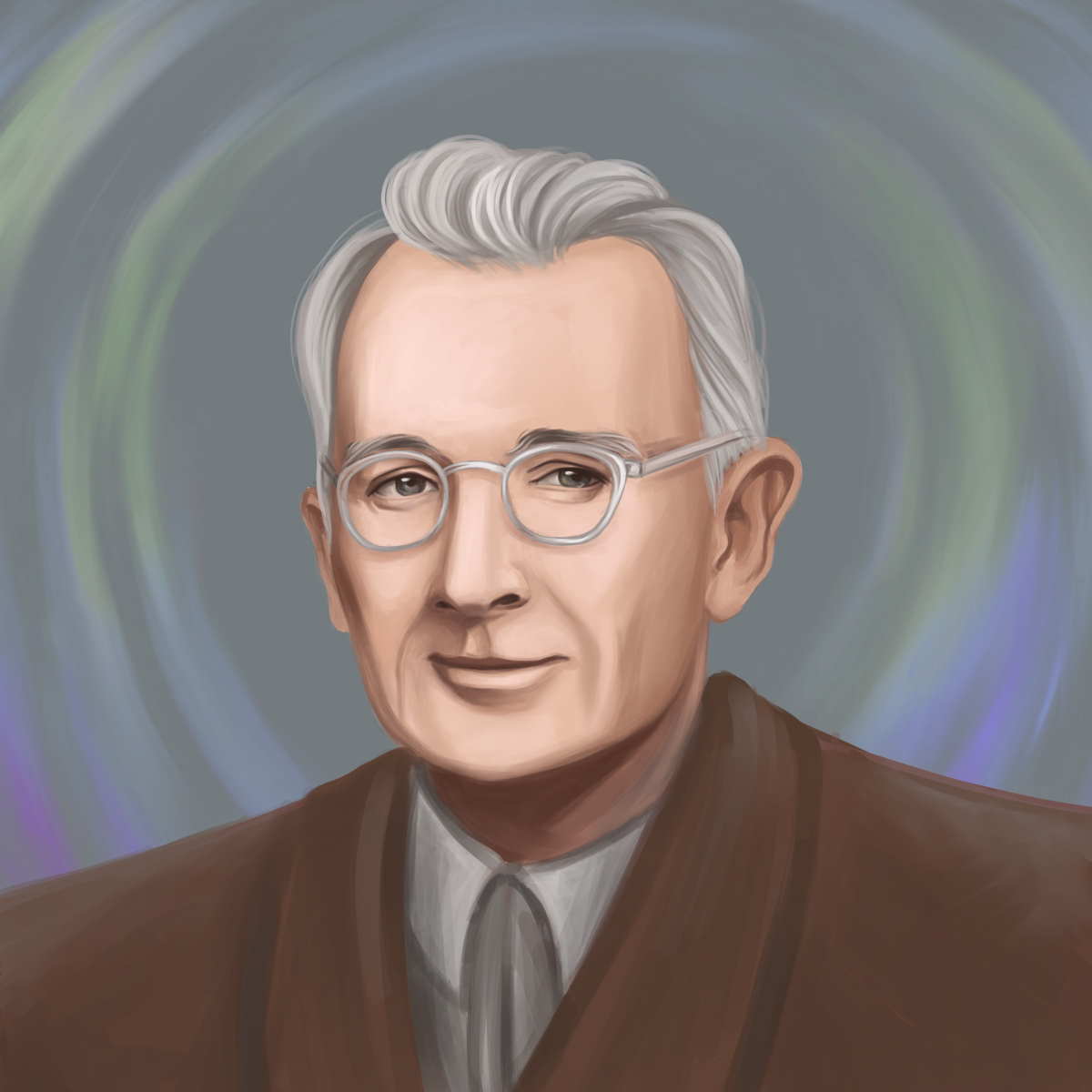 Dale Carneigie braved many odds in his life, worked on many jobs before he got his breakthrough in life. Here are some of the facts about his life that most people don’t know.

Dale Carnegie was the second son of a farmer James William Carnagey (1852–1941) and his wife, Amanda Elizabeth Harbison (1858–1939). His birth date was November 24, 1888. He grew up around Bedison, Missouri, situated on the southeast side of Maryville, and attended rural one-room schools – Rose Hill and Harmony. He lived and grew up with his brother, Clifton Carnegie. Carnegie went on to have a longstanding friendship with another Maryville author, Homer Croy.

In 1904, when he was 16 years old, his family moved to a farm in Warrensburg, Missouri. Carnegie reported that he had to get up at 3 in the morning to feed the pigs and milk his parents’ cows before going to school. He longed to leave farm life, and so explored most of his talents like speaking and acting. When he was young, he joined his school debate team as he enjoyed speaking in public. During his school days, he grew interested in the speeches at the various Chautauqua assemblies. He completed his high school in 1906 and he subsequently attended State Teacher’s College in Warrensburg and graduated in 1908.

His first marriage ended in divorce in 1931.  He remarried to his former secretary, Dorothy Price Vanderpool (1913–1998) on November 5, 1944, who was also a divorcee. Vanderpool had two daughters; Rosemary, from her first marriage, and Donna Dale, her daughter with Dale Carnegie. It was Dorothy Vanderpool who ran the Carnegie company following Dale’s death.

His first job after college was the sales of correspondence courses to ranchers. From there, he moved on to another sales job for Armour and Company, a company that sells bacon, soap, and lard. He was successful in making his sales territory of South Omaha, Nebraska, the national leader for the firm. He was also able to save money from his sales job to pursue his dreams.

Dale Carnegie quit sales in 1911 using the $500 he saved to pursue a lifelong dream of becoming a Chautauqua lecturer. Chautauqua refers to the popular U.S. movement in adult education that flourished during the late 19th and early 20th centuries. Chautauqua Lake is located in southwest New York. This area was the setting for the first educational assembly (Chautauqua Institution) and provided the movement’s name.

But instead of becoming a lecturer as he dreamed, he ended up attending the American Academy of Dramatic Arts in New York but found little success as an actor, though he played the role of Dr. Hartley in a roadshow called Polly of the Circus. When the production of the play finished, he went back to New York, living at the YMCA on 125th Street. There he got the idea to teach public speaking, and he persuaded the YMCA manager to allow him to instruct a class in return for 80% of the net proceeds.

He had run out of material in his very first session. But he improvised and suggested that students speak about “something that made them angry”. Through this exercise, he discovered that this technique made speakers unafraid to address a public audience. From this 1912 debut, the Dale Carnegie Course came out. He tapped into the average American’s desire to have more self-confidence, and by 1914, he was earning $500 (about $12900 today) every week.

It was while teaching public speaking at YMCA that he started extensively writing and getting a collection. Dale Carnegie’s first collection of writings was “Public Speaking: A Practical Course for Business Men” in 1926. He later changed the name to “Public Speaking and Influencing Men in Business” in 1932. And from there he evolved and became an author.

How to Win Friends and Influence People, Dale Carnegie’s first book was a bestseller from its debut in 1936. The book reached its 17th printing within a few months after it was launched. By the time of Carnegie’s death, the book had sold five million copies in 31 languages.

Carnegie’s first collection of his writings was Public Speaking: A Practical Course for Business Men in 1926, later entitled Public Speaking and Influencing Men in Business in 1932. Simon & Schuster published the course in to the book – How to Win Friends and Influence People in 1936. By the time of his death, the book had sold five million copies in 31 languages. There were 450,000 graduates of his Dale Carnegie Institute by the time of his death. It was stated in the book that he had critiqued over 150,000 speeches in his participation in the adult education movement of the time.

Carnegie changed the spelling of his last name from Carnagey to Carnegie after the steel magnate Andrew Carnegie. Even though he was not related to him, Carnegie was a widely recognized, much-revered name. Dale conducted a seminar in Carnegie Hall in 1916. It was a sold-out lecture at Carnegie Hall, and the success influenced his decision in 1919 to change the spelling of his last name in honor of the steel magnate, Andrew Carnegie, and make it easier for others to remember.

He died from what is described as natural causes. Carnegie died of Hodgkin’s lymphoma on November 1, 1955, at his home in Forest Hills, Queen, New York. He was aged 66 and was buried in the Belton, Cass County, Missouri cemetery.

Since the 1936 publication of How to Win Friends and Influence People, he has touched millions of readers, and his classic works continue to impact lives to this day. He started off by writing a portion of his classes on pamphlets, which were eventually published as books. That’s why even after his death, his works are still being published, most especially by his family.

Being someone who loves public speaking, he believes that the most effective and surefire way to build confidence and self-esteem was by speaking in public and interacting with many people. The most famous and most often cited quote from the many books of Dale Carnegie is – “Believe you will succeed, and you will.”

What is Dale Carnegie best known for?

Dale Carnegie is best known for his books on self-development and his public speaking courses and training. He wrote many books and pamphlets in his time with the most popular being ‘How to Win Friends and Influence People,’ one of the best-selling self-help books of all time.

Did Dale Carnegie come from a rich home?

No, Dale Carnegie did not come from a rich family. He was born to poor parents who were farmers in rural Missouri. The names of his parents were James William Carnagey and his wife, Amanda Elizabeth Harbison and he later attended one-room schools in their village. He had to wake up at 3 am to help his parents on the farm.

What is Dale Carnegie worth?

Dale Carnegie tapped into the average American’s desire to have more self-confidence, and by 1914 when he had started making money from teaching public speaking, he was earning $500 (about $12900 today) every week. He had an estimated net worth of $3 million and earned over $400 thousand as salary annually.

What are the Dale Carnegie principles?

Dale Carnegie had many principles he expounded in his books. The most notable ones are the principles he wrote in ‘How to Win Friends and Influence people’ and ‘How to stop worrying and start living’. Here are some of the principles from his first and best-selling book.
– Smile
– Don’t engage in an argument
– Give sincere appreciation
– Arouse in people an eager want

Are Andrew and Dale Carnegie related?

No, they are not. Even though they shared the same last name, Dale Carnegie and Andrew Carnegie were not related. Dale was born Dale Carnagay in 1888 in Missouri. He later changed his after his sold-out seminar held in a hall built by the steel billionaire Andrew Carnegie.