Creating stories that speak to the heart and imbibe the element of undeniable realism makes Chimamanda an author of a kind. 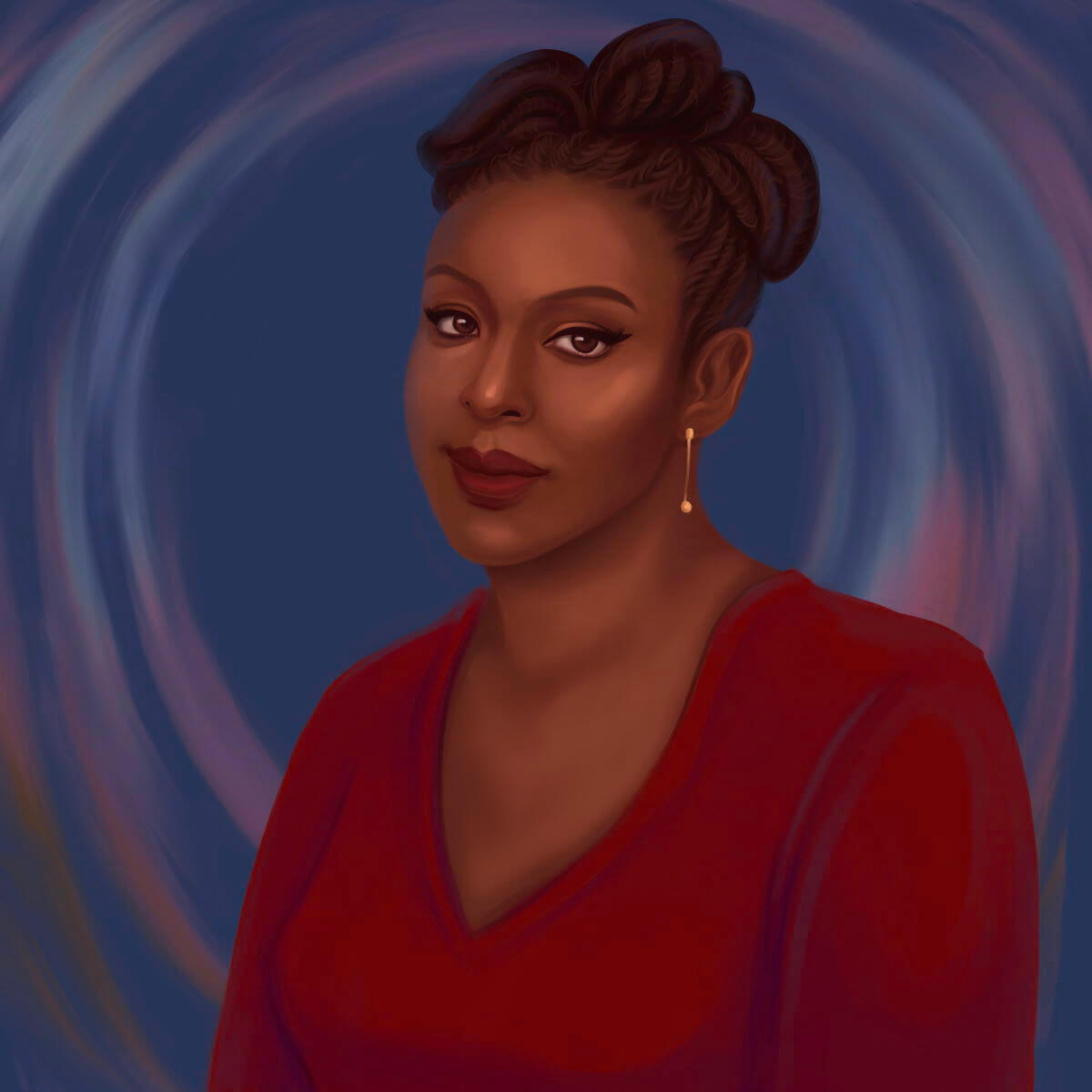 Though her novels focus on the past and how it affects the present, Chimamanda has managed to create her stories, making them reach out to the younger generation and enlighten them in forgotten history through the lens of fiction.

‘Purple Hibiscus’ is a story of pain, love, freedom, and family. The novel takes its reader down in history to a young Nigeria plagued by economic instability and political insecurity. The novel’s main character, Kambili Achike, is a young 15-year-old girl whose abusive father, Eugene, terrorizes everyone, including Kambili’s brother, Jaja, and mother, Beatrice. Kambili’s devoutly catholic father subjects his wife to intensive abuse to the point she gets miscarriages from excessive domestic violence. With her family disintegrating, Kambili’s journey into maturity feels like a burden on her shoulders.

Rays of happiness shine on Kambili as she and her brother move to her aunt’s house to spend some time. There, Kambili experiences a life of liberty and self-discovery. However, dark clouds form over Kambili’s family as her mother poisons her father. Eugene dies, and Kambili’s brother, Jaja, takes the fall for his father’s death and gets sent to prison. Unable to live with what she had done, Beatrice becomes psychologically unstable.

‘Half of a Yellow Sun’ is a tale of history, pain, and the horrors of war. The story starts at the dawn of a new Nigeria free from colonialism. Ugwu, a young village boy, leaves his village for the throbbing city of Nnsuka, where he meets Odenigbo, a mathematic professor at the University of Nigeria. Ugwu begins working as a houseboy for Odenigbo.

Odenigbo’s girlfriend, Olanna, moves from Lagos to Nnsuka, where she lives with him. Soon, problems between Olanna and Odenigbo’s mother, Mama, heighten as Mama stressed her disapproval of Olanna befriending her son. A drunk Odenigbo sleeps with Amala, a girl his mother brought from the village with her. On learning about his affair, Olanna gets drunk and sleeps with Richard, a British expatriate, and Kainene, Olanna’s twin sister lover.

A failed coup in Nigeria fuels hatred for the Igbos in the north; this leads to an ethnic-related massacre that causes the death of thousands of Igbos. With the killings, Colonel Ojukwu calls the Igbos back home and declares the eastern part of Nigeria a free state, calling it Biafra. Nigeria declares war on Biafra, forcing Odenigbo to flee Nnsuka to Umuahia. Soon, Odenigbo and his family find themselves in a refugee camp. Olanna reunites with her twin sister, Kianene and Richard.

Ugwu gets conscripted into the Biafran army, where he witnesses the horrors of war firsthand. Biafra loses the war, and Ugwu gets reunited with Odenigbo, Olanna, Baby, Richard, and Kainene. Kainene disappears after she crosses to the north to trade.

The Thing Around Your Neck

‘The Thing Around Your Neck’ is a collection of short stories by Chimamanda. The book features the stories:

Other stories featured include ‘Tommorow Is Too Far,’ ‘The Arrangers of Marriage,’ ‘The Shivering,’ ‘The American Embassy,’ ‘The Thing Around Your Neck,’ and ‘On Monday of Last Week.’

‘Americanah’ tells the story of two lovers, Ifemelu and Obinze, who are torn apart by the military dictatorship in Nigeria. With Ifemelu heading to the US and Obinze becoming an undocumented immigrant in the UK, their paths get wider apart. However, Obinze returns to Nigeria years later and becomes a successful businessman, while Ifemelu returns from the US. They eventually meet and try to rekindle the flames of their love once again.

We Should All Be Feminists

‘We Should All Be Feminists’ is a book-length essay published in 2014. In the book, Chimamanda analyzes what it means to be a feminist. She explains how being a feminist did not mean making men inferior but implied promoting women’s rights and creating equal opportunities for both men and women.

Chimamanda wrote many short stories, including ‘Notes on Grief,’ ‘Checking Out,’ ‘Zikora,’ ‘The Arrangements: A Work of Fiction,’ and ‘Apollo.’

What are some of Chimamanda Ngozi Adichie’s books on feminism?

Some of Chimamanda’s feminist-related books include ‘We Should All be Feminists’ and ‘Dear Ijeawele, or A Feminist Manifesto In Fifteen Suggestions.’

Which Chimamanda Ngozi Adichie book should I read?

The best Chimamanda Ngozi Adichie books to read are ‘Purple Hibiscus,’ ‘Half of a Yellow Sun,’ and ‘Americanah.’

Where should I start with Adichie?