‘Anthem’ is a novella stylishly written with many themes and symbols that make it as relevant today as it was decades ago. It is an interesting work by the controversial Ayn Rand. 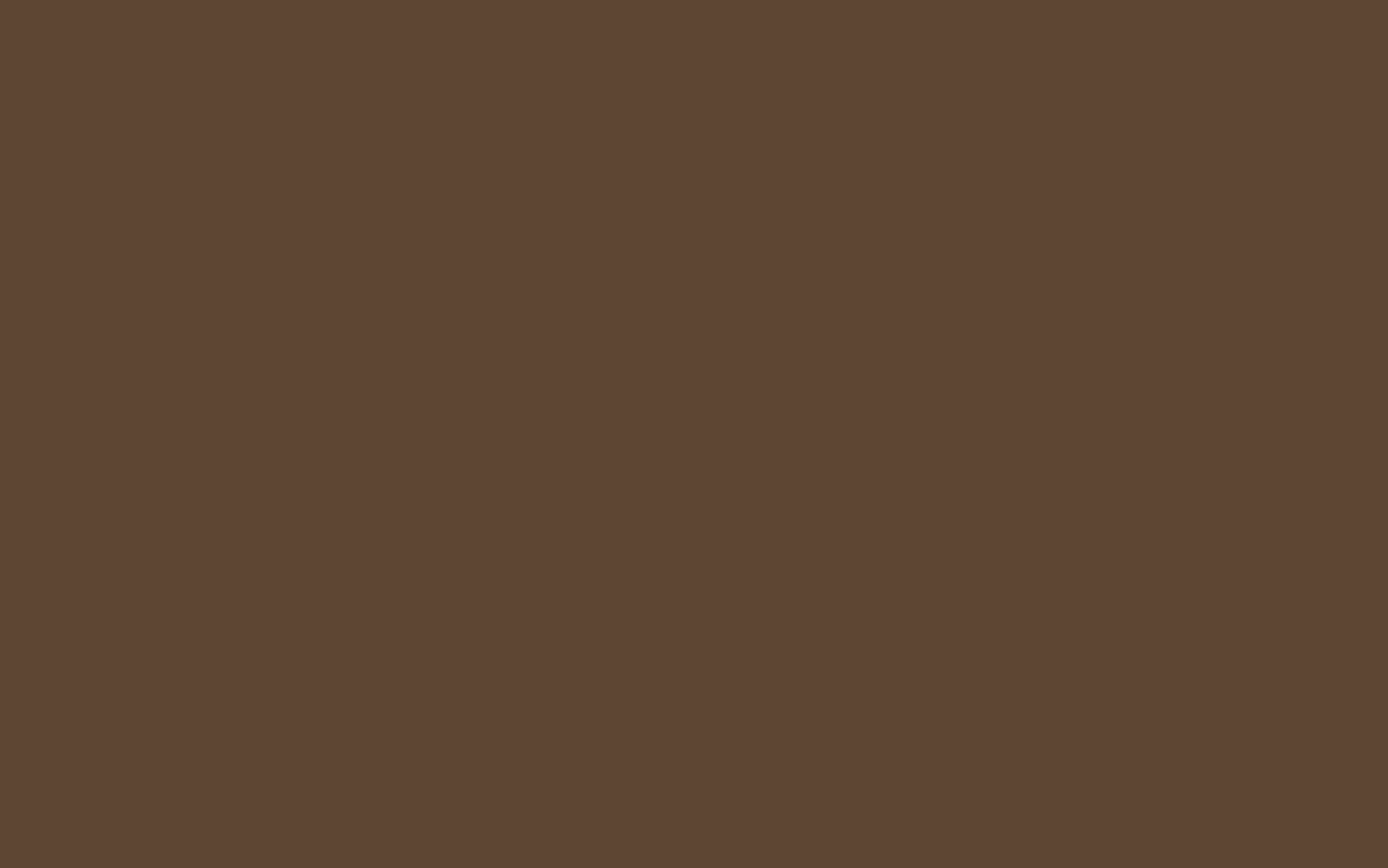 Anthem is a novella that showcased its author’s creativity as well as philosophy. Ayn Rand being a controversial and beloved figure herself did not fail to elicit the same feelings in her readers.

Anthem by Ayn Rand is a controversial book because of its major theme of individualism. However, it has many other underlying themes that readers and critics can appreciate without controversy themes such as the power of language, idealism, and disillusionment, among other themes.

Anthem strongly portrays that true power lies in the individual and that the individual is the paramount end to every value, as opposed to being the means to an end. It actively portrays collectivism as a burden that subdues and eventually destroys humans, that individuals should only be responsible to others only by choice and through their consent.

Equality 7-2521 was unhappy and struggled to utilize his intellect productively because of the dictatorial collectivism of the state that repressed the individual. He only realized his potential when he began to detach himself from the collective and look and think like an individual. The individual as the ultimate being and center of all values, and the independence of the individual in the political, economic, and social dynamics of every society is the major theme Rand was preaching through Anthem.

The Danger of Collectivism

Closely related to the theme of Individualism is the Danger of Collectivism. In Anthem, not only was Collectivism portrayed as subduing individualism, but it was also portrayed as a bane to humanity and a hindrance to development, progress, and productivity.

In Anthem, the society lost all advanced technologies and regressed to the dark ages, citizens were unhappy and lived in fear, the instituted departments and agencies of government were unproductive. For instance, the greatest invention from the Council of Scholars was the invention of candles, the council also dismissed innovative ideas if they were not shared by the majority, the Home of Clerks was so unproductive that they spent an entire year copying just one manuscript, and in the event of Equality 7-2521’s rebellion at the meeting of the World Council of Scholars, they could not act proactively as the only consensus they could reach was to present the matter to a higher authority.

Also, there was the danger of torture and the ultimate punishment of death on individuals that do not conform to the rest of the society and those that dare to express any form of individualism.

The Power of Language

The power of language is a very meaningful theme in Anthem by Ayn Rand. Language is seen as so powerful in society that in order to keep some people from getting certain notions, the people obliterate certain words from use and punish offenders with the ultimate punishment of death.

Also, their appreciation of the power of language makes the people burn all books as a way to end a civilization because with the destruction of their words, records and writings, there would be no way to pass on the ideas of the individualists regarded as an evil to the next generations.

They cut off the tongue of the Transgressor of the Unspeakable Word before his public execution to prevent him from saying words that challenged their ideologies to the hearing of the public.

Then, words that embody the collective ideology of the state are boldly engraved in strategic places across the city for citizens to see, children are thought those words from childhood, and the citizens are made to recite them in social gatherings at bedtime. These are all ways through which the dictatorial authorities use the power of language to keep the citizens in line.

The protagonist, Equality 7-2521 did not mind dying physically if it meant his invention would live on and serve the rest of the citizens. He only conceived to escape the prospect of death at the hands of the councils when he realized that his even with his death, his invention would also be destroyed.

One of the more subtle themes in Anthem by Ayn Rand is that sometimes, especially in our youth, we have high hopes in humanity and expect that they will appreciate things the same way we do. But then experience and reality teach us otherwise and we become disillusioned.

We see ideals and disillusionment at play in Equality 7-2521’s expectation that his invention would be gladly welcomed by his society and for it, all his transgressions against the law were pardoned. Unfortunately, he is disillusioned by their reaction to his invention and loses all hope in the redemption and progress of his society.

The writing style of Anthem is one of the things about the novella that recommends it. It is written in the first person narrative and in a unique language structure where “I” does not exist in the lexicon and “We”, “our” and “us” are the only first person pronouns in use. At first, this is confusing as a reader wonders why a single person refers to himself or herself as “we” but going further into the story, the reason is understood.

The most used figurative language in the novella are metaphors and similes, everything is described in relation to rudimentary elements of nature. We see sentences like “slowly as a flush of blood, a red flame trembled in the wire. Then the wire glowed”. We also see a description of an electric bulb as “globes with metal cobwebs inside”.

In line with the setting of Anthem, Rand adeptly captured the language of people in the dark ages.

The citizens’ names are symbols of the collectivism of their society. People do not bear individual names of their choosing, rather they are named after communist concepts such as Unanimity, Solidarity, Equality, etc.

Equality and Liberty in choosing names for themselves are also symbols of their rebellion against the system. And the second new name they adopt symbolizes total freedom from the dictates of the collectivist authorities they were once under.

It also symbolizes the untapped resources that waste away as a result of people’s lack of courage to leave their comfort zone. Another symbolism of the Uncharted Forest is a place of rebirth and a new civilization with novel ideologies that are not popularly accepted.

Light symbolizes freedom, innovation, foresight, and development in Anthem by Ayn Rand. The light of the candle invented by the Council of Scholars is inferior to the light of the electric bulb invented by Equality 7-2521, showing that the power of Equality’s mind, his foresight, and the power of his individual mind are superior to that of the council. The candlelight does not illuminate effectively and can be easily blown off by the wind, showing how unsustainable their development is.

Colors symbolize the quality of variety and spice in the citizens’ lives. The cities have only dull colors like black, white, and grey which symbolize how monotonous and drab their lives are. When Equality 7-2521 and Liberty 5-3000 escape into the Uncharted Forest, they are introduced to brighter colors of dresses like red, blue, green, etc symbolizing that their livers in the Uncharted Forest have spice and variety.

This symbolizes legacies that can be passed down to future generations. The authorities of the City are careful about manuscripts and the ideas they contain in order to stop the idea of individuality, they destroy all books containing the word and rewrite their own manuscripts to suit their narrative.

This symbolizes both physical and mental bondage. It reveals that mental bondage subjugates people even more than physical bondage. The citizens’ minds have been so shackled by the idea of the Palace of Corrective Detention that the authorities see no need to reinforce the physical structure of the place because they have no resistance from the citizens.

What does the Uncharted Forest symbolize in Anthem?

What are the symbols in Anthem?

What is Anthem all about?

Anthem by Ayn Rand is an argument in favor of individualism over collectivism. It is a novella about a young man who makes an invention on his own in a totalitarian society where people are not allowed to think or act alone. His invention lands him in trouble with the authorities, forcing him to escape for his life.