The Hate U Give Summary 📖

Angie Thomas’ 2017 The Hate U Give, is a profound project that takes the themes of Black Lives Matter, police brutality and black identity and puts them all in the limelight. 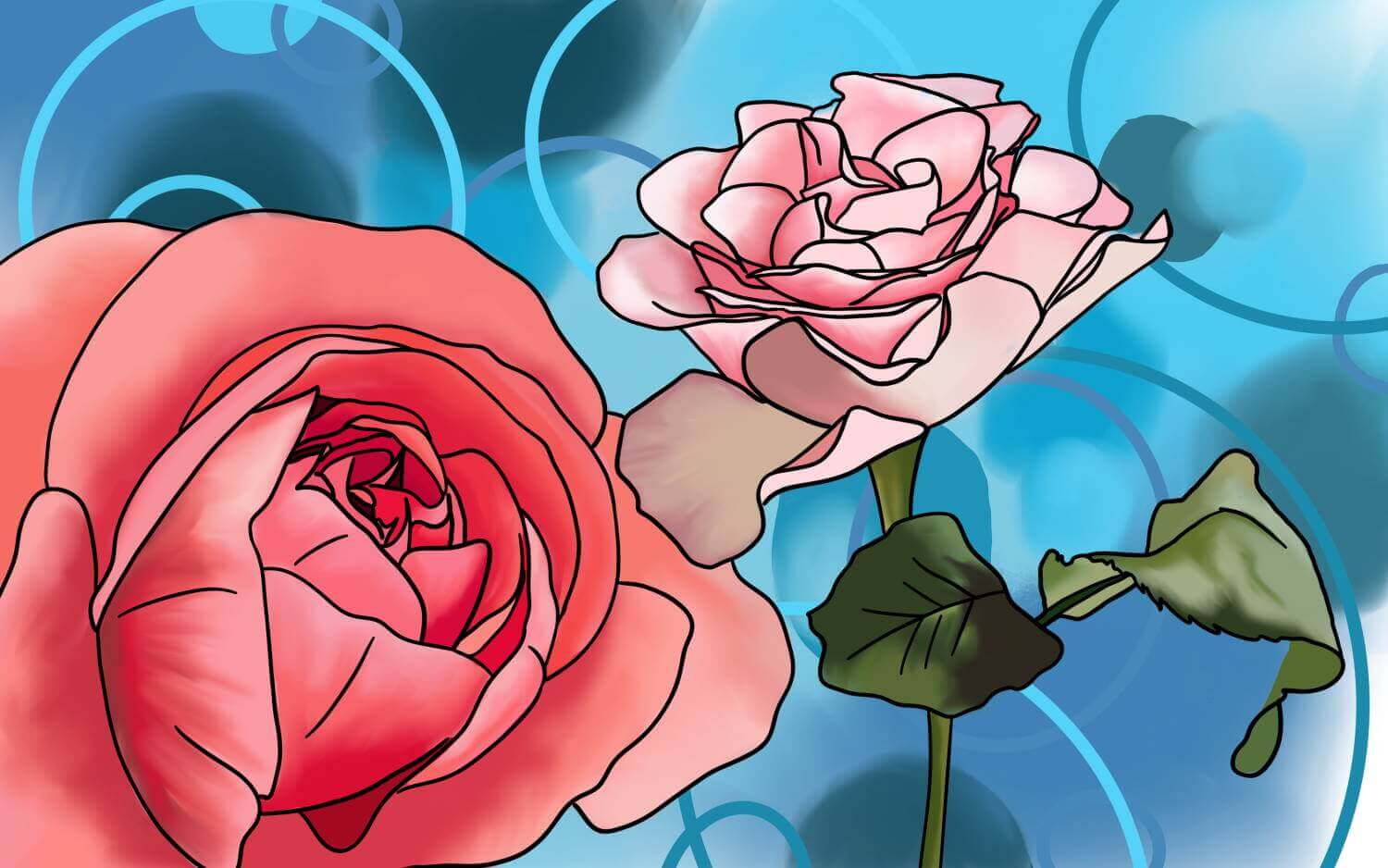 ‘The Hate U Give’ by Angie Thomas is a gripping novel of conscience and doing what’s right in society. It follows the story of Starr who witnessed her unarmed friend killed by a police officer on their way home from a party.

This novel is Angie’s first and best-known work. It won the 2017 Goodreads Choice Awards Best Young Adult Fiction and has since been made into a well-known film.

Angie Thomas’ 2017 young-adult novel is a profoundly affecting project that takes the themes of Black Lives Matter, police brutality, and black identity and puts them in the limelight. She told the thought-provoking story of an African-American girl stuck between cultures and trying to understand whether she should keep silent or talk. However, ‘The Hate U Give’ manages to go deeper into where we are in the world today, where racism and police brutality still pervades. It emphasizes youth activism and making a hard decision to speak out whenever it is necessary.

16 year Starr Carter, the protagonist of the novel, moves between two worlds. The first is the poor black neighborhood where she lives in Greater Heights, and the fancy suburban prep school she attends at Williamson Prep. Her world shattered when her friend was shot and killed by a police officer.

Soon after that, his death became a national headline. Some people referred to him as a thug, some said he is a drug dealer and while others called him a gangbanger. Protesters took to the streets in Khalil’s name. While all this was going on, some cops and the local drug lord tried to intimidate Starr and her family into silence. But the question on everyone’s lips is this: what really happened that night?

But whatever Starr says or does not say has the potential to elevate or scatter her community. ‘The Hate U Give’ deals with a lot of societal issues but the main story is on the unlawful killing of Starr’s friend Khalil by a police officer. It also deals with the social issues and processes in which Starr and others who loved Khalil had to go through seeking justice. The plot is of great importance to the news that is usually coming out of America and the Black Lives Matter movement. This book is Young Adult Fiction but honestly, this novel is a must-read and it can teach everyone so much about racism and speaking out.

A 16-year-old girl, Starr Carter attends a party in Garden Heights, an African American community where she lives. At the party, she reconnects with an old friend Khalil. When they hear some shots, Khalil flees with Starr. During the drive home, Khalil is pulled over after an unexpected turn at the traffic, and the officer, One-Fifteen, shoots and kills him. Starr is so shaken by what she has witnessed, as Khalil was unarmed.

Starr begins to have nightmares about what happened and her world is turned upside down. Nevertheless, she agrees to make a witness statement to the police. During her interrogation, Starr felt like the police wanted to justify One-Fifteen’s actions instead of punishing him for murdering an unarmed youth. This suspicion is confirmed at Khalil’s funeral when Starr learns that One-Fifteen will not be arrested which leads to violent protests.

Later on, Starr is exasperated by her white Williamson Prep friends when they stage a fake protest just to get out of class. Starr argues with her friend Hailey, who was siding the police officer, claiming that his life also matters. This happened after One-Fifteen’s father gives an interview claiming his son is the real victim. Hailey goes so far as to insinuate that maybe Khalil deserved it because he was a drug dealer.

Starr’s boyfriend, Chris, and her other friend, Maya, support her, but they still do not know she is the witness to Khalil’s murder. Starr’s father, Maverick, and Uncle Carlos work together to protect a Garden Heights teen named DeVante, whose plight reminds them of how they failed Khalil. King, the King Lords gang leader, claims Khalil as a member, but DeVante tells Starr that Khalil never joined and was selling drugs only to protect his drug addict mother from the gang.

Starr agrees to give a television interview with her face blurred out. She explained what made Khalil deal on drugs which is to protect his mother, and denies that he was a gang member. She also confesses that One-Fifteen pointed his gun at her and she wonders if he thinks he ought to have shot her as well.

Chris confronts Starr at the prom, revealing that he could tell she was the witness and asking why she could not confide in him. Starr admits that she is scared to be her true self around him, but he assures her that she is safe with him. Despite violent attempts to silence her by police or by gang members, Starr testifies in front of a grand jury in the hopes that they will indict One-Fifteen.

While they wait for the grand jury’s verdict, tensions are high. Hailey demands an apology from Starr for her poor behavior and suggests Khalil deserved to die because he was a drug dealer. Several weeks later, Starr and Chris help Seven and Kenya rescue DeVante from King’s house, where he lies beaten on the floor. Iesha, Seven and Kenya’s mother, creates a distraction to help them escape. They listen to the verdict in the car shortly after: the grand jury will not indict One-Fifteen.

Full of rage, Starr and her friends take to the streets. Starr speaks to the rioting crowd with a megaphone and throws tear gas at the police. Later, the teens end up at Maverick’s store and get trapped while it was burning. Maverick arrives in time to help get them out, and police arrest King for arson. DeVante reveals the location of King’s drug stash and agrees to testify against him so the neighborhood no longer has to live under his thumb. Starr deletes Hailey’s phone number and vows to continue using her voice to push for justice and change.

Overall there are so many different types of characters in ‘The Hate U Give’ each dealing with different issues from their background or reality such as Starr’s dad – Big Mav.

Big Mav is extremely caring, protective, funny, and just all-around lovable throughout ‘The Hate U Give’ and he has a story himself. He wasn’t there for Starr at the beginning of her life because he was in prison, but he turned his life around for his family. Big Mav is right in the center of it and does not want to leave his home but build it back up and regain it from the gangs whereas Starr’s uncle is on the outside having left that neighborhood and seeing any violence from a police officers point of view.

‘The Hate U Give’ is without a doubt a great book that deserves all the great reviews it’s getting. The book has so much to teach and the lessons in it have been found to be so relevant and emotional. It’s so interesting to read a Young Adult fiction book that is so relevant and hard-hitting. This book is definitely one to check out and add to your library. It’s easy to get into, blunt and you would not want to put it down.

What happened in chapter 11 of ‘The Hate U Give’?

In Chapter 11 of the book, Hailey’s brother, Remy, plans to protest Khalil’s death as an excuse to play hooky. Hailey is excited, even though she wasn’t happy they’re revolting because of a drug dealer. Starr was angry when finds out. She left them as she was furious that her classmates are using Khalil’s death as a break from school.

What are the main events in ‘The Hate U Give’?

The main events in ‘The Hate U Give’ are when Khalil gets shot by a police officer and Starr gets interviewed by the cops. Another major event is when Starr haves another interview and they ask her if Khalil was a drug dealer and when the students of garden high star protesting because of Khalil’s death.

What does Mr. Lewis do at the end of the novel?

Mr. Lewis snitches on King, the drug lord, on live television. He was later beaten up by King Lords. At the end of the story though, he retires and gives his store to Maverick, Starr’s father, so that Maverick can continue to be a good influence on Garden Heights.

What does Starr discover about Khalil’s gun?

Starr was worried about answering the District Attorney’s questions, especially those relating to Khalil’s gun. This is because she didn’t know if Khalil had a gun in the car. However, Ms. Ofrah assured her that he doesn’t have a gun, rather it was a hairbrush that One-Fifteen claims he mistook for a gun.

Why does Kenya apologize to Starr?

Kenya apologizes because she always calls Seven her brother instead of their brother. She was concerned that Seven was a brother to her out of obligation, instead of out of love of her in the case of Starr. She believed that Seven was ashamed of her same as Starr and Garden Heights.