‘The Martian’ is Andy Weir’s first novel. It follows Mark Watney as he tries to survive on Mars alone, after being presumed dead, and the daring rescue mission that follows. 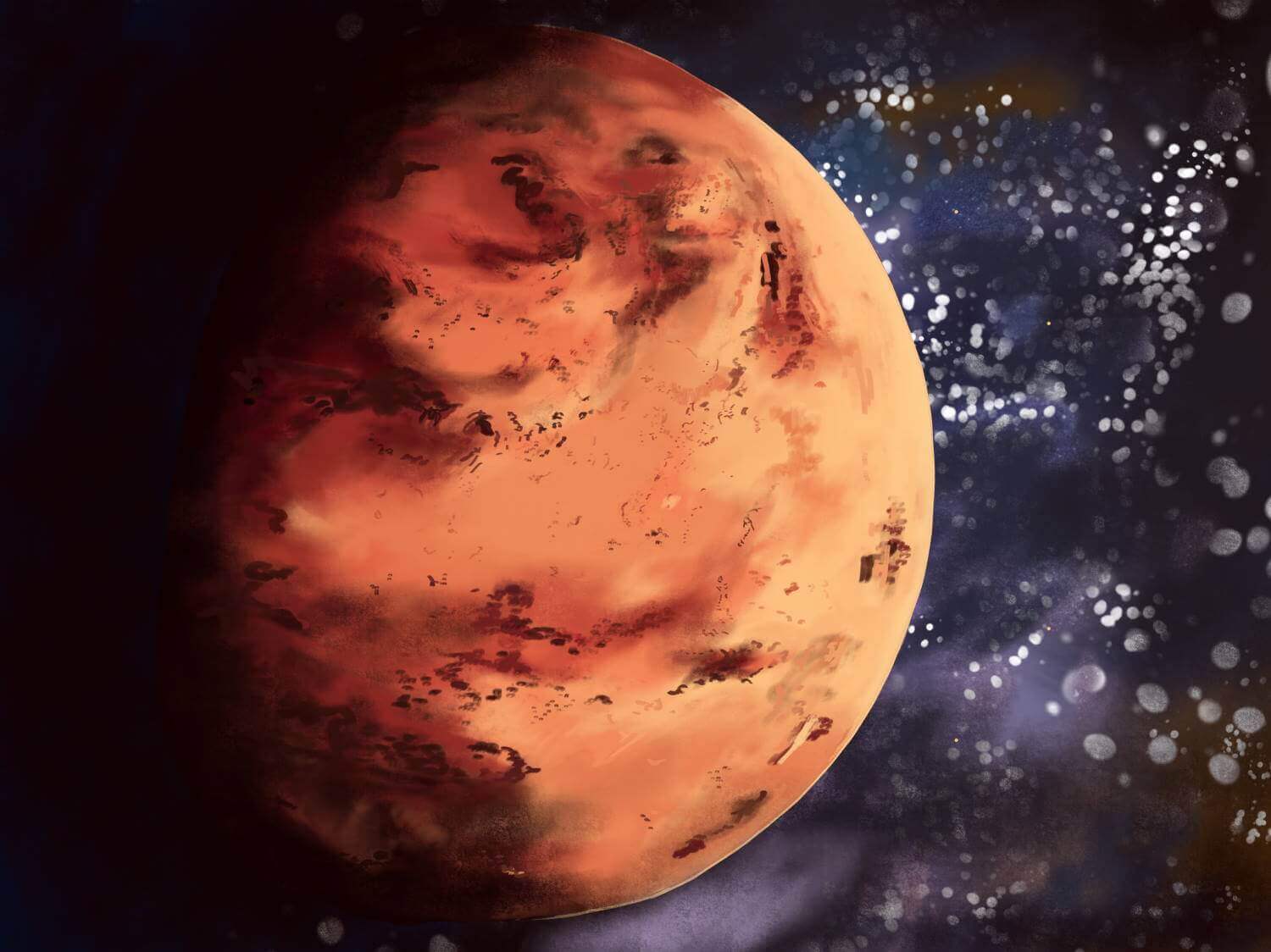 The book was published in 2011 and made into a feature film in 2015. It is Weir’s best-known and most famous novel. It has been praised by critics for its realistic premise and execution and is described as one of the best science fiction books of recent years.

The Martian tells one man’s fictional story of survival alone on Mars. After having been injured in a devastating storm, the character of Mark Watney is thought dead. The novel picks up after he’s regained consciousness and is journalling, recalling everything that led up to his being left alone on Mars with the crew of the Hermes starting their return journey.

The novel switches between his perspective on Mars and that of NASA administration and operators as they attempt to figure out a rescue plan. Initially, the biggest problems are regaining communication and finding a way for Mark to survive four years on one year worth of provisions, but soon there are even more complex problems to surmount, all leading up to a climactic ending.

The Martian begins on Sol 6, the sixth day that Mark Watney and the crew of the Hermes, part of the third Ares mission, were supposed to be on Mars. Only five days into their one-month mission, a devastating storm forced the crew to abort early. During the chaos of the storm, Mark was hit by the satellite dish, its antenna puncturing Mark’s suit. The crew saw his vitals fall and left him, believing him to be dead.

He regains consciousness and tends to his wounds. He’s entirely alone on Mars with no way to communicate with Earth. He works the first days of his confinement on the major problems—food and water. As a biologist and engineer, he determines that he can grow potatoes in the Hab using human waste and Martian soil. He entertains himself by watching the television shows other members of the crew left behind and listening to disco music.

Mark struggles with a great deal during this time, including figuring out how to make enough water to keep himself hydrated and water his crops. He’s determined to use the oxygenator in the Hab, in addition to hydrazine fuel to burn hydrogen and oxygen together to make water. The process works but does result in an explosion that forces him to slow down.

It’s at this point that the novel shifts to the third person and takes the reader to Earth, where NASA is mourning Watney’s death and suddenly coming to the realization that he’s not actually dead. The NASA director of Mars operations Venkat Kapoor and NASA Administrator Teddy Sanders work to figure out how to break this news to the public and if they should tell Watney’s crew members.

They tell the public but decide that they should keep the news from the crew in order to keep morale from becoming even worse. The story becomes incredibly popular on Earth, but NASA monitors the transmissions to the Hermes, ensuring that no one on the ship finds out.

On Mars, Watney determines that his next best course of action is to take one of the rovers and try to find the nonfunctional Pathfinder, a probe sent to mars years early. He crosses different types of terrain, using solar panels to charge the rover every few hours. During this time, he contemplates how he could possibly make the even longer journey to the Ares 4 site at the Schiaparelli crater, 3,200 kilometers away. It’s here. He believes that he has the best chance of being rescued.

Watney finds Pathfinder and brings Sojourner, a small rover, back to the Hab. The former gets a signal, and NASA and Watney can communicate using Pathfinder’s camera. It’s at this point that the crew is informed that Watney is still alive.

Readers spend the next pages exploring the various experiences of the other crew members on the morning of Sol 6 and hearing how they all believed Mark was dead. The team is excited to know he’s alive, and the captain blames herself for abandoning him there.

On Sol 119, the Hab canvas breaches, and the airlock is torn. This event destroys Watney’s potato crop, and he now only has enough food to survive till Sol 600 (the supply probe is scheduled for Sol 856). NASA decides to skip standard safety checks to send the probe faster. But, this results in disaster, and the probe crashes in the ocean.

It’s at this point that Guo Ming, the director of the China National Space Administration, reaches out and offers their probe, the Taiyang Shen, to send supplies to Watney. While this is going on, an astrodynamicist Rich Purnell has figured out a complex and incredibly dangerous way to get the Hermes back to Mars and then back on track to home by Sol 549. This maneuver is named the “Rich Purnell Maneuver.”

Despite being forbidden to use this maneuver, the crew disobeys orders and does it anyway. Watney knows about the new plan, and he starts preparing for his trip to the Ares 4 MAV. He brings the atmospheric regulator, oxygenator, and water reclaimer with him and accidentally fries Pathfinder’selectronics. Now, Watney has to use Morse code to communicate with NASA.

While all this is going on, the probe docks with the Hermes, and two crew members, Johanssen and Beck, are getting close to one another, inevitably falling in love. Watney starts his journey to the new lading sight and makes it there.

The plan is to use the MAV to travel into space and meet the ship. But, he has to strip it down, removing the nose and various controls. Its piloted remotely by Martinez on the Hermes. Through a series of complex maneuvers, the ship makes it back to Mars. Vogel has to use a pipe bomb to breach the airlock and make the rescue possible. Watney makes it to the ship, and the news spreads around the world that he’s safe.

The main themes of The Martian are the fear of being alone or forgotten and how teamwork can make anything possible. Watney demonstrates the first two through his perseverance, alone on Mars.

How does the book The Martian end?

It ends with a daring rescue of Mark Watney from Mars. He barely makes it to the ship but ends up safe and happy, with the entire crew surviving.

What can you learn from The Martian?

There are several life lessons one could take from this book. Perseverance is essential no matter how difficult a situation seems. One step at a time is the only way to solve a problem, miracles can happen, and that teamwork is important to solve complex problems.