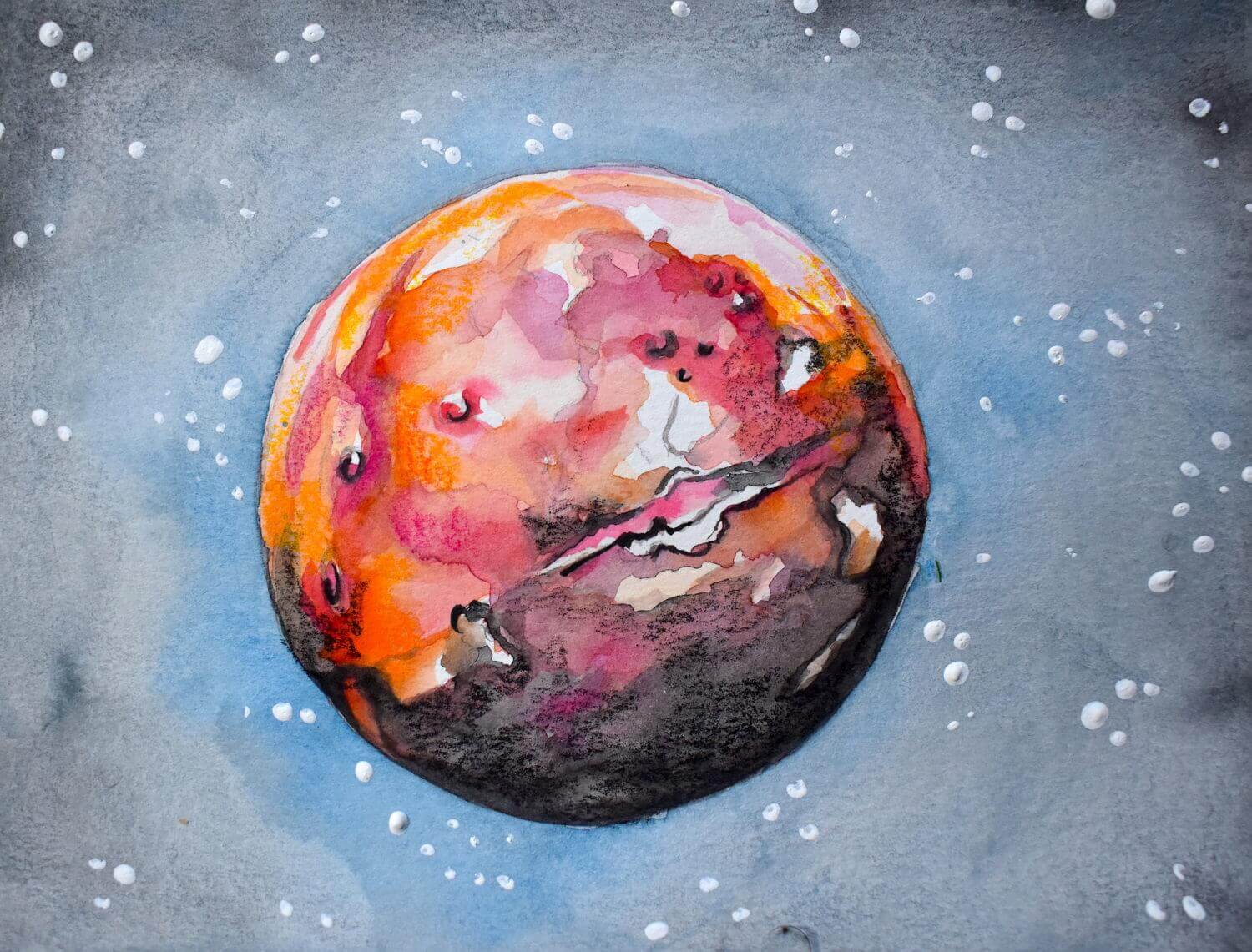 ‘The Martian’ by Andy Weir is a 21st century science fiction classic. The novel was published in 2015 and was adapted into a feature film in 2018.

After reading The Martian, I found myself torn between my appreciation for the storyline and Watney’s likable character and the moments that the amount of detail and narrative style took me out of the story.

The author’s use of scientific language is one of the major reasons that the novel has reached the popularity that it has. It’s also the reason that some readers find themselves uninterested in finishing the book.  Throughout this novel, readers will find numerous examples of Weir’s extensive research and knowledge of topics like botany, space travel, and the limits of living on Mars. Weir spent a great deal of time researching this novel, a fact that that can be seen quite clearly in the below example:

I ran a full diagnostic on the Oxygenator. Twice. It’s perfect. If anything goes wrong with it, there is a short-term spare I can use. But it’s solely for emergency use while repairing the main one. The spare doesn’t actually pull CO2 apart and recapture the oxygen. It just absorbs the CO2 the same way the spacesuits do. It’s intended to last 5 days before it saturates the filters, which means 30 days for me (just one person breathing, instead of six). So there’s some insurance there.

This quote comes from Chapter 2 of the novel when Watney is going over the various pieces of equipment that he has available to him and what might go wrong with it. Here, readers can see how Weir is able to weave scientific details with his narrator’s humor.  There are casual moments mixed in with more detailed ones. For example, the novel begins with the lines:

Watney’s narration comes in the form of log entries, as described below. This allows him to insert his emotional responses quite easily.

In most instances, that readers are going to find themselves entertained as they’re exposed to an interesting explanation in regard to what’s Watney is doing or how desperate his situation is.

But, for some readers, including myself, there are times when the scientific details feel over the top or too detailed. There are occasions where it feels that Weir spends too much time explaining how something works and not enough time ensuring the events are dramatic. Of course, for others, this won’t be the case. In fact, this novel’s scientific details are one of the main reasons that the novel became as popular as it is. Its commitment to the genre earned the novel good reviews. Often, it is described as one of the best science fiction novels of recent years.

Much of this novel is written in the first person, something that certainly adds to the realism of Watney’s experiences. One exception to this is that the narrative comes from a series of logs, similar to diary entries that Watney recorded. This means that each chapter is written after something has already happened or right before something happens.

On occasion, I found that this fact took away from the suspense and drama of the situation. Watney will speak to the details of a day but, readers are already aware (because the narrative exists at all) that he’s going to make it through the day okay.  With most of the dramatic details written in the past tense, some readers may find the most dramatic moments slightly anticlimactic.  For example, when Watney is on his journey to retrieve Pathfinder and Sojourner. All the information is relayed to the reader after it happens. A passage begins with:

Almost made it to Pathfinder today, but I ran out of juice. Just another 22km to go!

Watney goes on, describing how things went as well as can be expected, with readers already well aware that he’s not going to have any significant issues as he talks about the day from the tone at the beginning of the log entry.

Mark Watney, Weir’s protagonist in The Martian, is incredibly well-rounded. Throughout the novel, Readers learn more and more about who he is and how he will react to a specific situation. For example, at the beginning of the book, readers may find themselves surprised regarding the humor Watney uses to cope with being stranded on Mars. But, as the novel progresses and readers become more familiar with him, these humorous moments feel familiar in an even more entertaining way.

Perhaps due to how well developed Watney is, I found myself disappointed in the lack of character details the rest of the astronauts and NASA workers and administrators had. This is particularly true for the crew members. The details reader receive about the characters comes primarily through Watney’s relationship with them. They feature only as minor characters throughout the bulk of the novel until the rescue is fully underway. Watney’s letters to his fellow crew members serve as one of the primary ways that readers learn about them. For example, when he’s writing his letter to Johanssen:

Your poster outsold the rest of ours combined. You’re a hot chick who went to Mars. You’re on dorm-room walls all over the world. Looking like that, why are you such a nerd? And you are, you know—a serious nerd.

The Martian is a remarkable novel, one that most readers are going to entertain and be thrilled by. But, it also has elements that some may find draw distance between themselves and the action. This includes the narrative perceptive and the amount of scientific detail that Weir chose to use in some passages. This shouldn’t deter anyone from approaching the novel and enjoying the drama of Watney’s situation. There are many good reasons to read The Martian, the most important of which is Weir’s creativity and the believability of the narrative. Many science fiction novels are criticized for their outrageous plot lines and non-scientific details. This is certainly not something that readers of The Martian will contend with.

‘The Martian’ by Andy Weir is an incredibly creative and well-researched novel that has been described as one of the most important science fiction novels of the 21st century. It follows the plight of Mark Watney, an astronaut left behind on Mars and initially presumed dead.