Just like the title, ‘The Color Purple’ is a novel that is embellished with colorful quotes and messages. 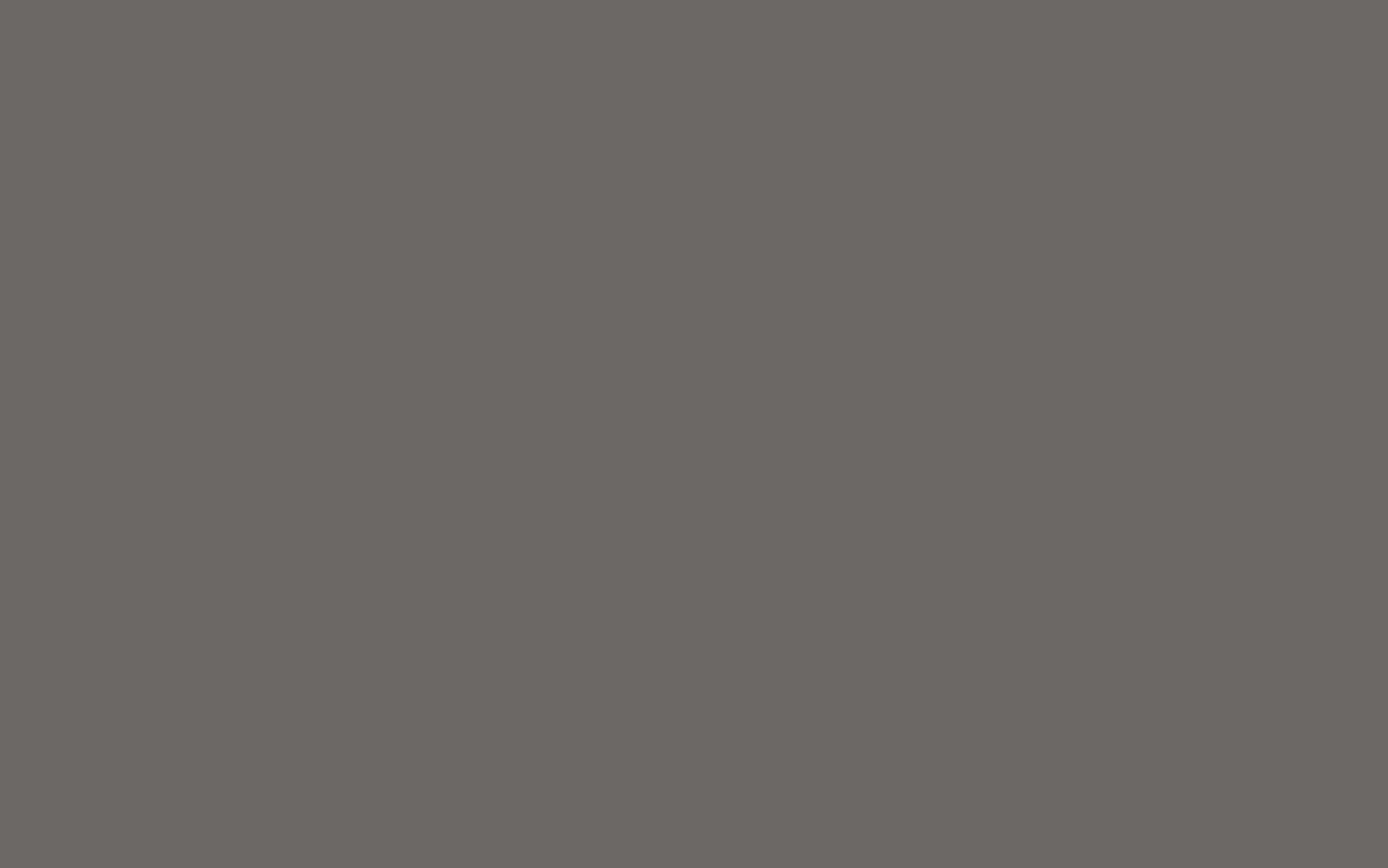 The Color Purple has touching quotes that are mostly on the dynamics of gender, race, and religion. Below are some notable quotes from the phenomenal story.

The depth of emotions behind this speech makes this one of the most unforgettable quotes in The Color Purple. It was Sofia passionately telling Celie about her gender struggles in life after she discovered that Celie had advised Harpo to beat her. Sofia was battling with so many emotions, including anger, betrayal, and disappointment, as she said this to Celie.

When the character of Harpo tried beating her, she fought back and even bested him. Harpo then told her that the suggestion to beat her came from Celie. Sofia felt betrayed at this because she had earlier seen Celie as a friend and also as a fellow struggling black woman, and so, did not expect Celie to act in a way that would sabotage her happiness in her matrimonial home.

Celie apologized and told Sofia she acted out of jealousy, and the two women reconciled and became friends again.

The Olinka do not believe girls should be educated.

When I asked a mother why she thought this, she said: A girl is nothing to herself; only to her husband can she become something.

What can she become? I asked.

Why, she said, the mother of his children.

But I am not the mother of anybody’s children, I said, and I am Something.

You are not much, she said. The missionary’s drudge.

Nettie’s conversation with a woman of Olinka (page 171)

This is an indication of how the patriarchal society of Olinka viewed women. In their view, a woman has no value beyond being a medium of procreation to further a man’s lineage. This is a pitiable perception of women that, unfortunately, can still be found in some societies even in the 21st century.

The world is changing. It is no longer a world just for boys

Nettie to an Olinka man in Africa (page 178)

This was Nettie’s response to a native African man who was angry that Nettie was teaching his daughter how to read and write. The Olinka people, while appreciative of the value of western education, only sent boys to school, believing that the girls will have no use for schooling since their place in society is to serve the men. Nettie had found a bright Olinka girl who was interested in learning and had happily started to teach her, but the girl’s father would have none of it.

Nettie was trying to make the man realize that the world was evolving into a place where women also have a place in society and so should be educated if they wanted to be.

There is always someone to look after the Olinka woman. A father. An Uncle. A brother or nephew. Do not be offended Sister Nettie but our people pity women such as you who are cast out, we know not from where, into a world unknown to you, where you must struggle all alone for yourself.

The Olinka village man was telling Nettie in their culture that a woman is meant to always be under the care of a man and that any woman without a man in her life is to be pitied and viewed with contempt. This speech is an indication of how patriarchal the people of Olinka were.

A grown child is a dangerous thing

Nettie to Celie in one of her letters (page185)

Nettie thought that having a childish mentality and the powers of an adult was a dangerous combination. Nettie was referring to the men of Olinka when she said this in her letter to Celie. She was telling Celie how the women of Olinka indulge their men and praise their littlest accomplishments which makes their men behave childishly like spoilt children. This indulgence posed danger for the women as the men of Olinka felt entitled to the servitude of the women and had no whims about subjugating the women.

This was Shug Avery’s response to Albert, who, as a way of trying to stop her from moving to Memphis in pursuit of her career, told her that she ought to worry about what people would say about her if she made such a move. Shug Avery, who had mastered the art of living on her own terms, responded that she did not understand why any woman would care about what people think.

Oh, Celie, there are colored people in the world who want us to know! Want us to grow and see the light! They are not all mean like Pa and Albert or beaten down like Ma was.

Nettie was talking about Reverend Samuel, Corrine, and some other good black folks she encountered. This is an indication that given the hardship and mishaps in their upbringing in a poor black neighborhood, Nettie and Celie had never been exposed to good and supportive black people and so had a prejudiced view of black people as being either mean or beaten down.

Her interaction with decent and nice black people was a surprise to Nettie, and she wanted her sister to eliminate that prejudiced view of black people just as she had done.

Nettie was observing Africans who, in their naive sense of entitlement, did not realize that the Europeans’ mission and activities in Africa were exploitative and not completely motivated by an altruistic interest to develop Africa. She likened their sense of entitlement to that of the white people in America, who believe everything in the universe must be done for their pleasure.

Sofia said this to Eleanor Jane, who had been trying without success to stampede Sofia into saying that she loves Eleanor Jane’s little son. Sofia told Eleanor Jane that she did not love the baby and asked how Eleanor Jane’s son, who is white, would grow up to treat a black woman like her.

Eleanor Jane, who was surprised that Sofia blatantly said she did not love her son, expressed her surprise because she felt colored women love all babies. Sofia then tried to explain to Eleanor Jane that sometimes, colored people lie about loving what they actually do not love out of fear of white people.

You better hush. God might hear you, Shug say.

Let ‘im hear me. If he ever listened to poor colored  women, the world would be a better place, I can tell you

Conversation between Shug and Celie (page 217)

Celie had lost faith in God. She described God as a man that was just as bad as every other man in her life. She said God was trifling, forgetful, and low down. Shug was trying to tell her not to blaspheme because God might hear her, but Celie was unmoved. In Celie’s opinion, God never listens to poor colored women because poor colored women suffer a lot, so if God listened to them, the world would be a better place.

Alice Walker here was trying to tell how poor colored women are the worst hit victims of economic, racial, and gender injustice and how organized religion often does nothing to fight this injustice.

This was Shug trying to change Celie’s image of God and telling her that God wants us to enjoy the beauty, nature, and other good things of life. That God is not happy with us when we miss out on appreciating the wonderful works of his creation, like the color purple. This portion of the novel is the first reference to the title of the novel.

I been so busy thinking ‘bout him[God] I never truly notice nothing God make. Not a blade of corn (how it do that?). Not the color Purple (where it come from?). Not the little wild flowers. Nothing.

This was Celie’s admittance that her earlier conceptions of religion had been wrong for her. She had been practicing mindless submission to a god she felt no connection with to the extent that it blinded her from seeing the beautiful things in creation. And from this admittance comes a new path of spirituality and religion for Celie.

This means that events in life may seem to be progressing slowly, but when you reminisce on them, you realize that a lot of years have gone by. These were Nettie’s words when remarking on her astonishment that they had spent five years in Africa.

You ast yourself one question, it lead to fifteen. I start to wonder why us need love. Why us suffer. Why us black. Why us men and women. Where do children really come from. It didn’t take long to realize I didn’t hardly know nothing. And that if you ast yourself why you black or a man or a woman or a bush it don’t mean nothing if you don’t ast why you here, period.

Albert in a conversation with Celie (page 346)

These were Albert’s musings after he had had time to think about his life. He talks about the incomprehensibility of big issues of life, but that thinking about those big things teaches us little things about our own life. He also stated the importance of purpose and that asking why you are a woman or man or black or something like that is useless if you do not ask the purpose for which you were created.

The more I wonder, the more I love.

Here, Albert was simply saying that the more one opens up their one’s mind and ponders on life, the more inclined one would be to love because one would then understand that love is the ultimate value of existence.

What does the color purple represent?

The color purple represents nature and beauty. In the novel, it is described as a wondrous element to be admired and that even God gets angry when one passes the color purple in a field and fails to notice it.

How does Shug describe God?

Shug describes God as an “it” and not as a white old man. She said God is “everything that is and ever was and ever will be.” Shug goes ahead to tell Celie that God loves us and wants us to worship it by doing the things we love and admiring the good things of life, including our feelings and flowers and trees.

What does The Color Purple teach us?

The Color Purple teaches us so many lessons. One of them is that there is injustice in the world and that bad people can take advantage of and hurt good people. Another lesson is that we must stand up for ourselves and fight for our own happiness. And a third lesson is that life is beautiful, and we must look beyond our problems to appreciate the beauty of life.

What does Shug discover that Albert had been hiding from Celie?

Shug discovers that Albert had been hiding Nettie’s letters from Celie. It was a vengeful move on Albert’s part to get back at Nettie for refusing his sexual advances. Shug finds those letters in a chest where Albert hides everything that is important to him.