With poetic dialogues, interesting symbols, and meaningful themes, ‘Henry VIII’ by Shakespeare would make a poetic feast for lovers of Literature. 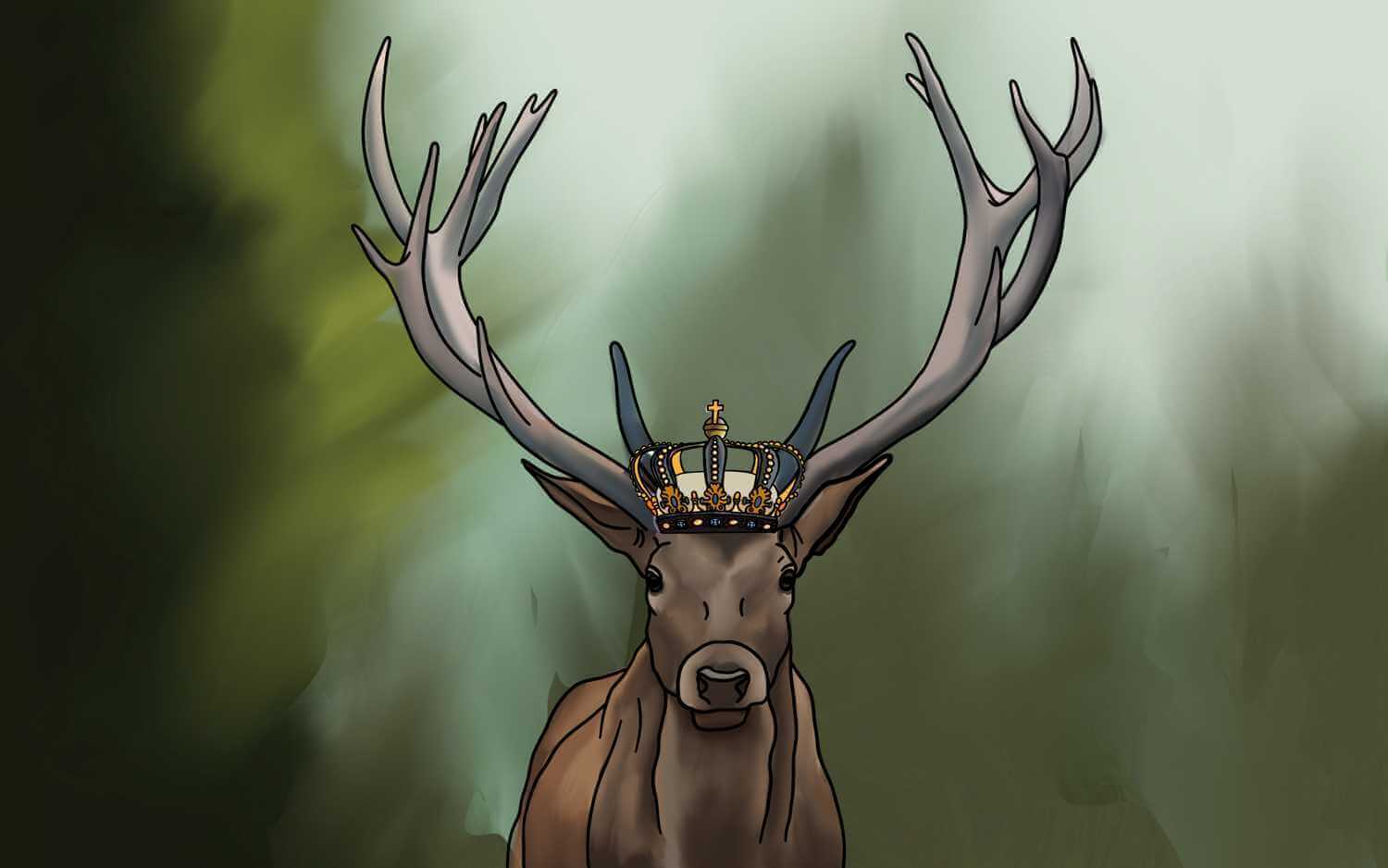 ‘Henry VIII‘ by William Shakespeare has meaningful themes and interesting figurative devices that any lover of Literature would enjoy. A historical play with rich themes that are relevant even after four hundred years is no small feat. Let’s explore some qualities of ‘Henry VIII‘ by Shakespeare in the following articles.

The themes of ‘Henry VIII‘ show in various forms the extent to which certain humans can go to satisfy their selfish desires and what often becomes of such ruthless quests in the end.

The play teaches one to be careful how they harbour and express hatred for their enemies because hatred sometimes backfires and hurts its bearer. In the play, the Duke of Buckingham passionately expresses hatred for Cardinal Wolsey. Because of his hatred and open display of enmity towards Cardinal Wolsey, the cardinal, who controls so much wealth and state power, orchestrates the duke’s downfall by bribing people to testify against the cardinal on charges of high treason.

One message from the play is that sooner or later, fate gives us retribution for our evil deeds. Cardinal Wolsey abused his power and masterminded the fall of many from the King’s favour, including the Duke of Buckingham and Doctor Pace.

But later, he also loses favour with the king under the machinations of other people and is disgraced by the King. What goes around comes around, eh?

Perhaps the most important theme of the play is to be careful in our dealings with people no matter how much we love or trust them. The first instance of blind trust was Henry VIII’s trust of Cardinal Wolsey, the king trusted the cardinal so much that he paid no attention to how the cardinal was running the affairs of the kingdom, and this gave room for the cardinal to abuse his office.

Then a more tragic instance is the Duke of Buckingham who gets betrayed by people he trusts. As he walks to his death, he speaks words of advice to those that care to listen:

Where you are liberal of your loves and counsels

Be sure you not be loose; for those you make friends

And give your hearts to, when they once perceive

The least rub in your fortunes, fall away

But where they mean to sink ye.

Duke of Buckingham on his way to be executed (Act II, Scene I)

The play teaches the virtue of forgiveness. This is exemplified in the Duke of Buckingham who forgives all that betrayed him. We see Cardinal Wolsey who feels penitent and unburdened when he forgives the king who disgraced him.

Gardiner and Cranmer also easily forgive each other despite being in rival factions in court politics.

A major theme in the play is to not be ruthless and inhumane in the pursuit of one’s ambitions. Cardinal Wolsey was depicted as an overly ambitious man who goes to any length to secure power and accumulate wealth for himself. His pursuit of ambition was at the expense of morality, ethics and good conscience. And he had his eventual downfall to show for it.

One striking thing about the characters in ‘Henry VIII‘ is that they never speak grudgingly against the king even when the king acts unjustly.

They may not have gotten fair treatment from the king but they still revered the crown and continued to solicit in the king’s favour.

In ‘Henry VIII,’ we see that despite how noble and moral we may think we are, it is in our human nature to stretch our conscience and adjust our so-called morality when we want to indulge our selfish whims.

After so many years of marriage, King Henry VIII developed a ”conscience” that saw his marriage to Queen Katherine as a sin just when he became infatuated with the young and beautiful Anne Bullen.

Also, Anne Bullen who swore she would never be queen suddenly lost all her objections when presented with wealth and the prospect of power.

The play’s style is a combination of poetry and prose. Some of the characters speak in verses with rhymes and rhythms, like the royals and the nobles. For instance, the Duke of Buckingham who is of noble birth and described as a learned man speaks in rhyming verses:

Stay’d me a prisoner in my chamber, when

Those suns of glory, those two lights of men

Met in the vale of Andren

Duke of Buckingham (Act I, Scene I)

In some other dialogues, the characters speak in free prose.

Shakespeare takes a rather controversial stance about some of the characters in the play. From the tone, we can tell that Cardinal Wolsey is not seen in a good light, and characters like Queen Katherine is almost outrightly canonized as a saint.

Given that the characters are true-life people who lived not only a few decades prior to the performance of the play, his opinionated depiction of the characters was daring. But then he made good use of the prologue and epilogue as a form of poetic licence that absolves him from the responsibility of those who may be offended by the play.

Just like other renowned Shakespearean plays, ‘Henry VIII‘ is generously embellished with literary devices from metaphors to similes, irony, alliteration, and a host of others.

For instance, in addition to the rhymes in the prologue, we have alliterations such as: ”As fool and fight is without forfeiting” (Prologue, Line 19)

In Act II, Scene I, Shakespeare utilises euphemism when the Duke of Buckingham refers to beheading with an axe as ”a divorce of steel”.

Shakespeare deploys in Act V, Scene II: ”The high promotion of his Grace of Canterbury, who holds his state at door ‘mongst pursuivants, pages and footboys”.

The Garlands in Katherine’s Vision

A sick and frail Queen Katherine sees a vision of people clad in white and dancing around her with garlands of bay which they almost place over her head but fade away without actually placing it on her.

The vision can be interpreted as the mere delirium of a sick person. But it can also symbolize a spiritual affirmation of her Christian faith, given her devout Catholicism. The garlands symbolize a coronation, Katherine who lost her crown in her earthly life is promised another crown in the afterlife.

This is a symbol of the King’s protection and favour. Cranmer was given the ring by King Henry VIII to show that he finds favour in him. And when Cranmer almost falls into a plot that posed a danger to his life and freedom, he uses the ring in his defence.

Also, the sun is a symbol of warmth and light that shines for all, which also are characteristics of a king. The sun is used to represent a king in many parts of the play, in Act I, Scene I, the Duke of Buckingham refers to King Henry VIII of England and King Francis I of France as ”Those suns of glory, those two lights of men ”.

Also in Act I, Scene I, the duke of Buckingham referring to how Cardinal Wolsey takes advantage of the king’s favour, says ”I wonder that such a keech can with his very bulk, take up rays o’ the beneficial sun and keep it from the earth”

Wolsey after his disgrace charges Cromwell to ”seek the King;— that sun, I pray, may never set” (Act III, Scene II)

What is a key theme of Henry VIII?

A key theme in ‘Henry VIII‘ by Shakespeare is to be wise and careful in our dealings even with people we trust. This theme can be drawn from the Duke of Buckingham who is betrayed by his trusted beneficiaries.

Which literary devices are in Henry VIII by Shakespeare?

There are various literary devices in ‘Henry VIII‘ including irony, metaphors, similes, euphemisms and many others.

Who is the main character in Henry VIII?