Using epistolary writing, Stephen King designed ‘Carrie’ to show different angles of characters who mattered to the story. Stephen King gave a multi-faced perspective that featured many primary and minor characters, giving the story an intricate depth and detail. 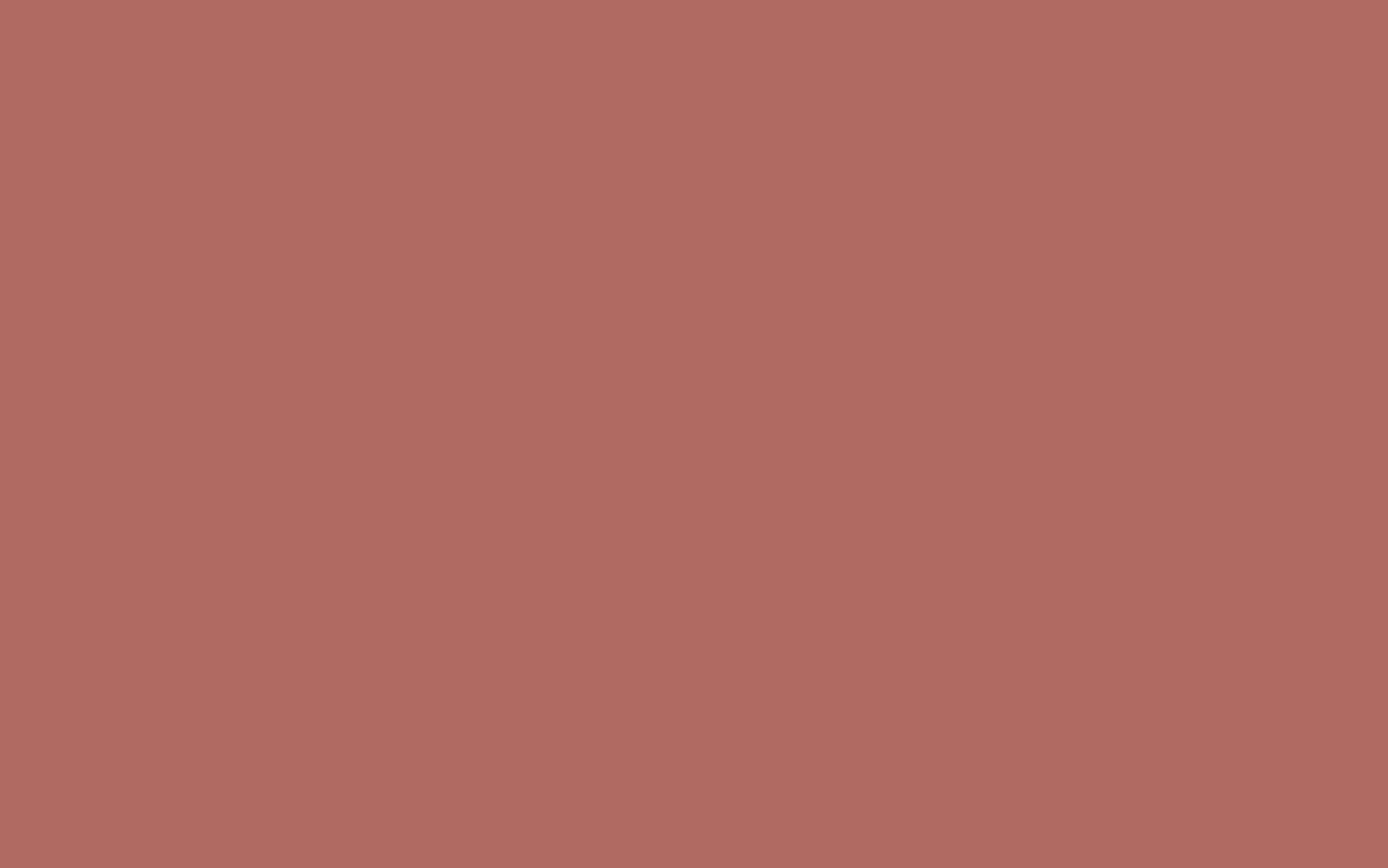 ‘Carrie’ by Stephen King is a novel that tells the story of a teenage girl Carrie, who faced torment in many aspects of her life. Carrie faced the torture of adapting to an overzealously religious mother and terrible classmates. However, she discovers herself, and her life completely changes.

The story of Carrie begins in a locker room after a young teenage girl, Carrie, finishes attending gym class. While bathing, Carrie discovers blood oozing out of her body and freaks out; this causes a group of girls to laugh at her and bully her. Carrie’s teacher, Miss Desjardin, comes to the rescue and saves her from the bullies.

Later, Miss Desjardin punishes the girls who bullied Carrie. After refusing to adhere to the strict punishment given to her, the bullies’ leader, Chris, gets prevented from attending prom. On discovering she got denied going to prom, Chris swears revenge on Carrie, which is one of the major themes in ‘Carrie’.

Sue, one of the girls who bullied Carrie, felt guilty for what she did, and trying to atone for her misconduct, she tells her boyfriend, Tommy, to ask Carrie to prom. Carrie discovers she is not an ordinary person as she discovers she has telekinetic powers.

Tommy asks Carrie to prom, and though she initially tries to decline, she later agrees to his offer. Chris decides to exert her revenge on Carrie by ruining her prom and employs the help of her boyfriend and his gang. Carrie and Tommy have fun on the dance floor at prom, and Tommy discovers how great Carrie is. However, Chris sets her plan into motion. Carrie and Tommy get crowned prom king and queen.

On getting crowned as prom queen, Chris exerts her revenge on Carrie; this makes everyone burst out laughing and mocking Carrie, who had horror written over her face. Carrie unleashes her powers, hurting everyone at the prom.

The story of Carrie begins when her mother gives birth to her with little medical assistance. Because of her mother’s religious fanatism, Carrie grows up with her mother teaching her nothing about how her body works; this makes Carrie ignorant.

In high school, Carrie begins to experience what being a woman was about as she got her first period in the shower room after gym class. Not knowing anything about menstruation, Carrie freaks out. Screaming for help, she attracted the attention of all the girls in the shower room, who began laughing at her after discovering she was on her period. Some girls, led by Christine Hargensen, start throwing tampons at her. Miss Desjardin, the gym teacher, walks in to save Carrie and orders everyone out. Feeling both ashamed and afraid of her condition, Desjardin tells Carrie that she was having her first period even though it surprised her that Carrie experienced her first at a late age.

Carrie gets home and asks her mother why she hid the truth of menstruation from her, but instead of explaining, her mother begins quoting false scriptures, and when Carrie tries protesting, her mother locks her up to pray in a tiny closet, which freaked her. The next day, Miss Desjardin places the girls who bullied Carrie on punishment, and after Chris protests, she gets banned from attending prom. Swearing revenge on Carrie, Chris brings her father to school but gets banned from the school prom.

Sue tries to atone for what she did to Carrie and asks her boyfriend, Tommy, to take Carrie to the school prom. After showing reluctance for a while, Carrie accepts Tommy’s invitation. On getting home, Carrie tells her mother about the school prom. Her mother freaks out, claiming that she is a sinner. Carrie’s mother forces her into the closet. Carrie discovers she has the power to move objects with her mind. Knowing that telling her mother will cause problems, Carrie hides everything and secretly keeps exploring her telekinetic powers.

Chris decides to ruin Carrie’s life and follows her boyfriend to a farm where they kill pigs and drain their blood into a bucket. Sneaking into the prom hall, Chris and her boyfriend set the buckets of blood above the stage. On prom day, Carrie and Tommy have a good time as she meets his friends and talks with him. Soon, the vote for the prom king and queen begins, and because of Chris rigging the vote, Carrie and Tommy get crowned prom king and queen. As she steps onto the stage, Chris pulls the bucket spewing pig blood all over Carrie.

Utterly humiliated, Carrie freezes, and everyone begins to laugh at her. A loose bucket falls on Tommy’s head as he bleeds out to death. With laughter and humiliation, Carrie goes on a rampage and locks everyone in the gym. Carrie unlocks the sprinklers and removes the electrical wires, electrocuting many of her classmates. Chris and Billy escape as Carrie ignites the school’s fuel tanks, killing everyone inside the building.

Carrie passes a telepathic message to everyone in Chamberlain as she unleashes terror on the entire town. Carrie’s terror kills hundreds of people. Sue decides to meet her as she hears the telepathic message. Carrie goes home to face her mother, who believed she got possessed by Satan. Her mother stabs her in the shoulders, and Carrie stops her heart. Carrie leaves her house and makes her way to the road where she meets Chris and her boyfriend. Trying to overrun her, Carrie sends Chris’s car flying through a wall, killing them.

Sue finally catches up to Carrie, who had collapsed in the parking lot. Carrie tries to kill sue, but after discovering Sue did not plot with Chris to humiliate her, she freed her. Carrie dies from excess blood loss. A state of emergency is declared in Chamberlain as the death toll reaches four hundred. Blaming themselves for the incident, Desjardin resigns.

The novel ends with an Appalachian woman writing to her sister about her daughter, who exhibited telekinetic powers.

What happens in the ending of ‘Carrie?’

After getting disgraced by Chris, everyone laughs at Carrie, forcing her to use her powers to burn down the school. After killing her classmates, Carrie heads home and confronts her mother, who believes she got possessed by Satan. Carrie gets stabbed by her mother and heads to the road, where she meets Chris and her boyfriend, killing them. Carrie dies in Sue’s arms, and the novel ends with a hint that suggests there is another person with the same powers Carrie possessed.

Does ‘Carrie‘ have a happy ending?

No, ‘Carrie’ ends with blood, pain, shame, and regrets. The novel ends with a cliffhanger suggesting that Carrie’s powers still existed and that a young girl inherited them.

Who dies in ‘Carrie?’

The ending of ‘Carrie’ saw the death of many characters. From Tommy to Chris, Billy, and almost all of Carrie’s classmates, the death toll in the novel was staggering. Due to its depiction of how the teenagers died, ‘Carrie’ got banned in parts of the United States.

Though the screen adaptations for ‘Carrie’ were excellent, they featured an ending different from the novel. The first adaptation ended with stones raining on Carrie’s house, killing her and her mother.