Kurt Vonnegut lived an incredible life. It was one marked by loss, war, literary success, and incredible creativity. 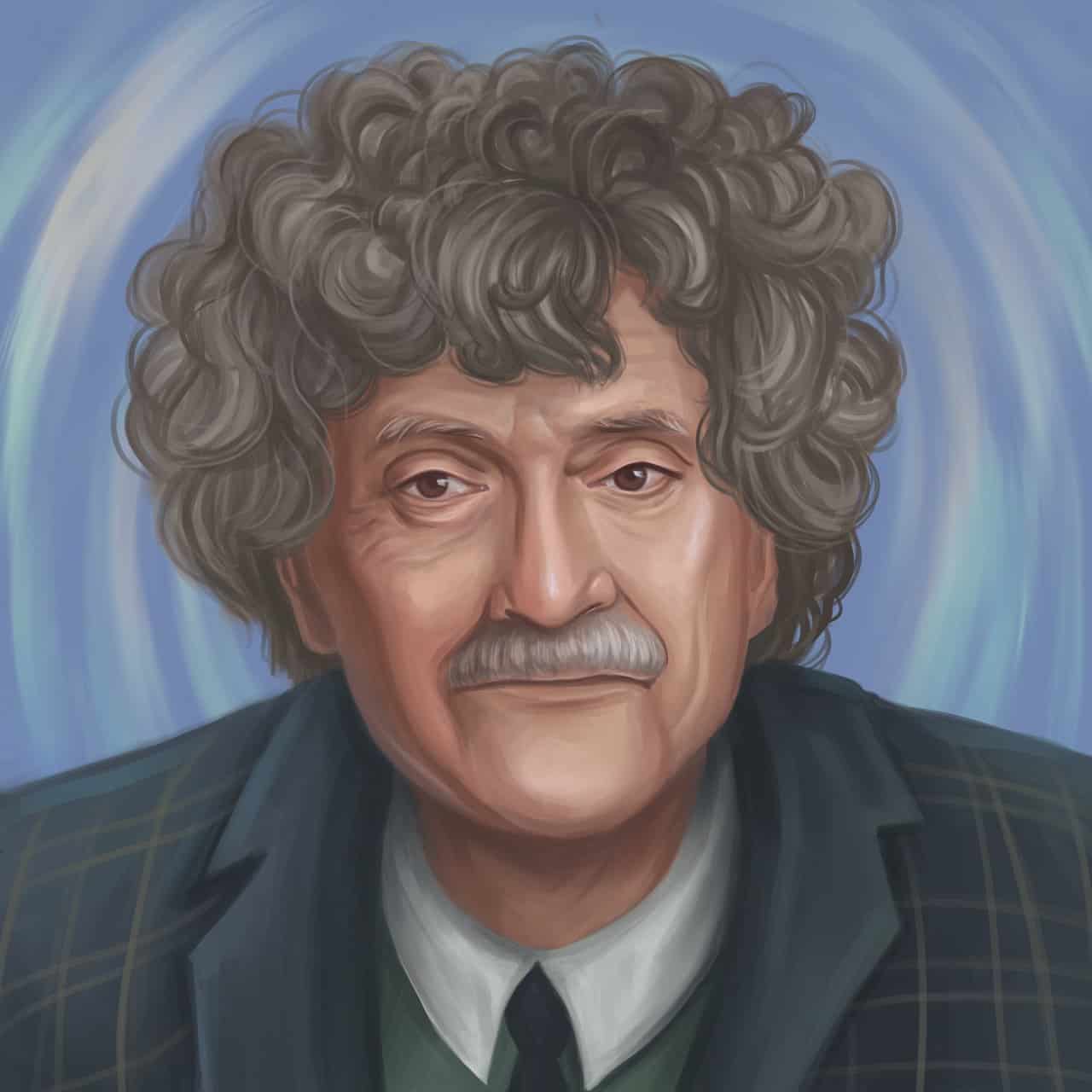 Kurt Vonnegut lived an incredible life. It was one marked by loss, war, literary success, and incredible creativity. He has been solidified as one of the most important writers of his generation and one of the most influential American writers of all time. Vonnegut’s books, like Slaughterhouse-Five, Cat’s Cradle, and The Sirens of Titan, helped shape generations of writers inspired by his satirical approach to documenting his experiences.

Vonnegut met his wife in kindergarten

When Vonnegut returned to the United States after being discharged from the U.S. Army, he married Jane Marie Cox. The two had known one another since kindergarten, and she’d been his high school girlfriend. They moved to Chicago, and she studied briefly in a Russian literature program. The two had three children together, Nanette, Mark, and Edith. When Vonnegut remarried, he adopted another daughter.

He served as a volunteer firefighter

After World War II, Kurt Vonnegut spent time working as a volunteer firefighter at a New York station. Firefights are a common feature in his novels, and it’s clear that he respected them immensely. After his death, the same firehouse he volunteered at saluted him as a member of their unit.

Before Vonnegut deployed with the military, he found his mother, Edith, dead after coming home from training. She had committed suicide, overdosing from sleeping pills, on mother’s day. He was twenty-one at the time. Scholars have considered why Edith chose to take her life, and many have suggested that the Great Depression, a loss of social status, finances, and her inability to achieve the career goals she strived for, led her to the act.

She was born into high society, with her family being some of the wealthiest in Indianapolis. But, much of that was lost when the Liebers’ brewery closed during prohibition and her husband’s architecture firm lost business. Edith also expressed hatred for her husband and is quoted saying he’s “as corrosive as hydrochloric acid.”

His experiences mirror many in Slaughterhouse-Five

Readers of Vonnegut’s work are likely aware that many of his most important experiences in the Second World War are mirrored in Slaughterhouse-Five. He, like his protagonist Billy Pilgrim, both spend time as POWs, worked and lived in a slaughterhouse in Dresden, and took cover there during the firebombing that killed around 130,000 civilians. There are other similarities, such as the loss of a parent, between the two. Vonnegut actually features as a character in Slaughterhouse-Five, acknowledging the book as a work of fiction and commenting on Billy’s life.

Vonnegut adopted his sister’s children after her death

Kurt Vonnegut’s sister, Alice, died in September of 1958. She passed away from cancer only two days after her husband was killed in a terrible train accident. In an act of familial kindness, the writer adopted his sister’s children, his nephews, James, Steven, and Kurt, who were 14, 11, and 9 at the time.

He earned his M.A. twenty years after dropping out

Vonnegut dropped out of the University of Chicago along with his wife while he worked as a night reporter for the City News Bureau. He was on the G.I. Bill and studied anthropology as part of a joint undergraduate/graduate degree program. He left the University without his degree when his thesis on the Ghost Dance religious movement was rejected. 20 years later, the university reached out, offering to award him the degree, using Cat’s Cradle as his dissertation in 1971. This novel was his fourth. It explored science, technology, religion, and violence as most of his other novels do. The novel uses a first-person narrator and focuses on the lives of Felix Hoenikker’s children and coworkers who suffer the consequences of his invention— ice-nine.

He received a Purple Heart

Vonnegut received a Purple Heart after returning to the United States. It was awarded for frostbite he’d suffered. When speaking about it, Vonnegut is quoted as saying that he “was awarded my country’s second-lowest decoration, a Purple Heart for frost-bite.” He was soon discharged from the Army. He also received a Prisoner of War Medal.

He worked for General Electric

Vonnegut was hired by General Electric, or GE, as a publicist. Specifically, his work was focused on the Schenectady, New York, research lab. After spending time there, he was inspired to write his first novel, Player Piano. It was loosely based on some of his experiences with the company and detailed a futuristic world in which humankind has become totally dependent on technology. He focuses on a character named Paul Proteus, who has to navigate a world controlled by a supercomputer. Vonnegut wanted to share a view of the future that should serve as a warning.

Slaughterhouse-Five is still banned in some schools

Slaughterhouse-Five is rated as one of the most banned books of the 21st century. It has been removed from schools all over the United States for its use of profanity, references to sex, and religion. Recently, it was removed from schools in Republic, Missouri, after a professor at Missouri State University advocated for its removal. Another case saw it challenged in Howell, Michigan. It’s also been challenged in New York, Ohio, and Florida.

He tried to commit suicide

After suffering from depression later in life, and despite the commercial success, Vonnegut attempted suicide in 1984. He tried to overdose with pills and alcohol. In his characteristic manner, he later joked about the attempt. Vonnegut was discovered in his rooms in New York and taken to St. Vincent Hospital. Vonnegut recovered and passed away in 2007 after suffering from injuries sustained in a fall.

Other very well-known books that have at some point been banned include The Catcher in the Rye, Of Mice and Men, To Kill a Mockingbird, The Color Purple, Brave New World, and Animal Farm. Usually, this is due to language, sexual themes, and other topics that are difficult to address in schools like racism and violence.