‘One Hundred Years of Solitude’ is a story that chronicles the life and times of the Buendía family over several generations, in the fictional town of Macondo. 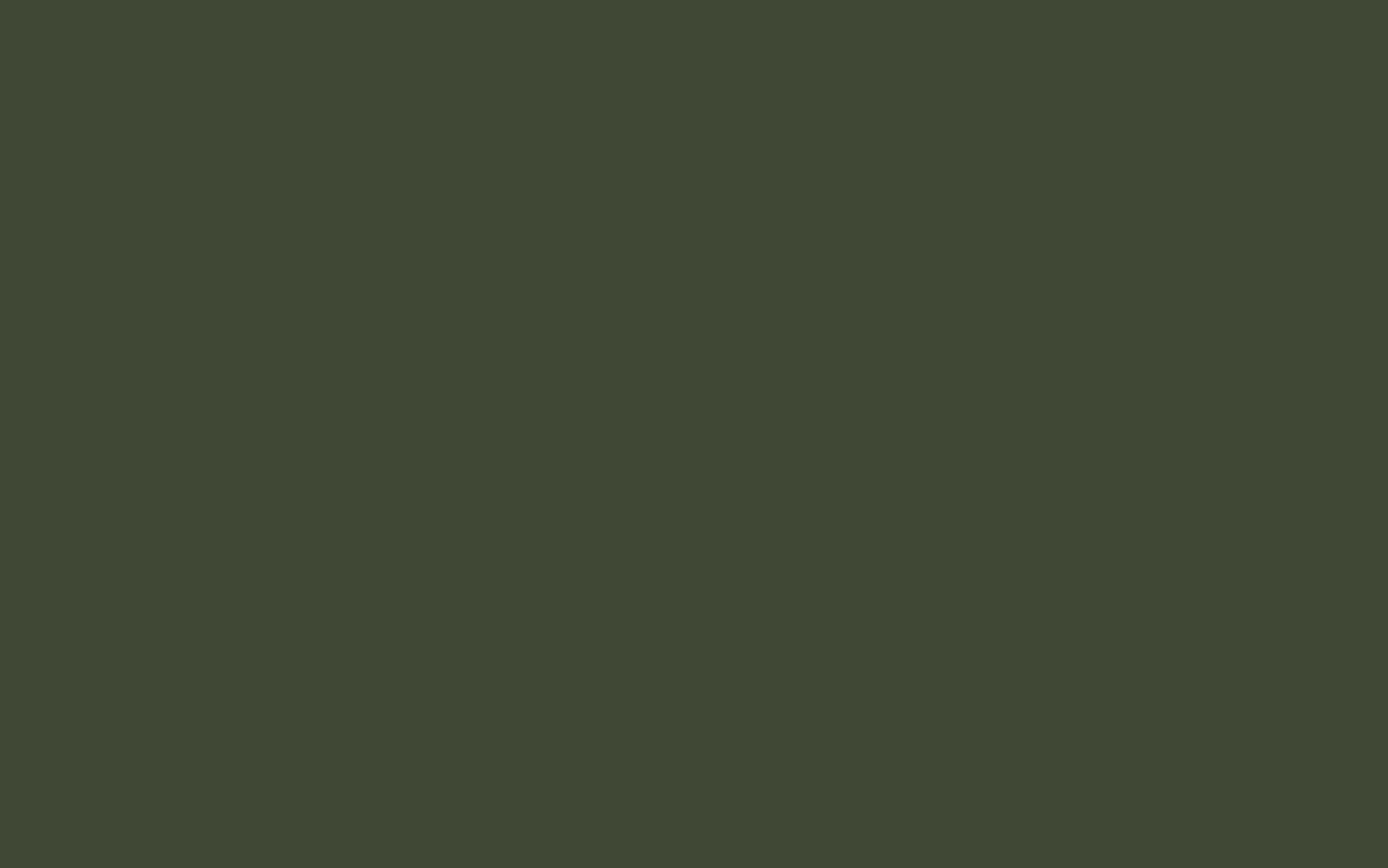 In ‘One Hundred Years of Solitude‘ José Arcadio Buendía and Úrsula Iguarán form both the patriarch and matriarch of the Buendía family, spanning seven generations in the village of Macondo, founded by José Arcadio Buendía.  This story is one riddled with violence, sex, and the cyclical nature of man, bent on repeating his mistakes ad nauseam.

‘One Hundred Years of Solitude‘ opens with a flashback of Colonel Aureliano Buendía as he remembers the founding of Macondo and the gifts brought to the town by the gypsies. Melquíades, the leader of the gypsies, frequently brought gadgetry and technology alien to the town of Macondo, which marveled and dazzled the patriarch, José Arcadio Buendía. He immersed himself in the scientific study of these technological wonders, trying to see how he can understand the workings of the implements.

This obsession with gypsy technology drives José Arcadio Buendía to solitary. He withdrew himself from his family and focused intently on deciphering the technology of the gypsies. In particular, he is obsessed with alchemy — the pseudoscience of turning metals to gold.

Úrsula, the matriarch of the Macondo town and wife of José, is worried about him. José left his hometown after he killed Prudencio Aguilar, for implying that José was impotent. José and Úrsula were the great-grandchildren of those surviving Sir Francis Drake’s attack on Riohacha. Úrsula, fearing the effects of genetic defects in offspring, refused to have sex with José, which Aguilar uses to mock José, thus prompting José to leave his home and establish Macondo.

Úrsula discovers a path that leads Macondo to the outside world. Due to this discovery, the village of Macondo grows. José Arcadio Buendía’s son, José Arcadio has a child with a local woman, Pilar Ternara. A stranger joins the family as well, by the name of Rebeca. Macondo became stricken by widespread amnesia, which leads the entire city to be labeled categorically.

More complicated is the web of interrelationships the Buendía family spawns. Rebeca (the adoptee) and Amaranta (the daughter of Pilar Ternara) both fall in love with a stranger, Pietro Crespi, and Aureliano (the son of Buendía) sleeps with Pilar Ternara while trying to woo another young woman by the name, Remedios.

Pilar Ternara eventually births a child for Aureliano even though his sights are still set on Remedios while Rebeca ends up marrying Pietro Crespi, much to the chagrin of Amaranta who vows to destroy the marriage.

Amidst this intra-family drama is José Arcadio Buendía, the patriarch of the family, who is ultimately driven insane, whilst trying to decode the technology of the gypsies. He is eventually dragged out of his house and permanently chained to a tree, until the end of his life.

Grief suddenly befalls the Buendía household when Aureliano’s heart rob, and Remedios dies. She had endeared herself to the entire family, and her death brought much grief to the family, particularly to Aureliano. This grief extends to Rebeca and Pietro Crespi, both of whom are unable to marry due to the mourning in the Buendía household.

The Conservative government and the Liberal battle for power in the province of Macondo. Aureliano aligns himself with the Liberals and soon rises to the ranks of the Colonel in the Liberal army.

Colonel Aureliano Buendía leaves Macondo in the hands of his illegitimate son, Arcadio, and his mother Pilar Ternara, as he goes to fight the Conservatives. Arcadio becomes a brutal dictator and is eventually killed by a firing squad when the Conservatives defeat the Liberals in battle. Pietro Crespi commits suicide as the love of his life cruelly rejects him.

Colonel Aureliano Buendía is captured by the Liberals, and his dying request was to be executed in his hometown of Macondo. He is granted this wish, and at the last minute, is spared — like an act of God, perhaps. He recuperates and begins another uprising, but this time, without the support of the Liberal party. Arcadio the dictator, father’s two boys —  José Arcadio Segundo and Aureliano Segundo. Aureliano José, the son of Colonel Aureliano Buendía and Pilar Ternara, develops affection for his aunt Amaranta. She avoids him because of the thought of incest, and this causes Aureliano José to commit suicide.

Colonel Aureliano Buendía withdraws further from society, as he observes the futility and emptiness of war. His twin sons —  José Arcadio Segundo and Aureliano Segundo — begin a torrid affair with a woman who doesn’t realize that they’re different men.

Aureliano Segundo is enamored by Fernanda del Carpio, a beautiful woman destined for greatness, as prophesied. He continues to sleep with Petra Cotes, while he beds and marries Fernanda. Aureliano and Fernanda have two kids —Renata Remedios (whom everyone calls Meme) and Jose Arcadio (II).

The town of Macondo grows in prosperity and capitalists establish a base in the town. Luxury goods like the phonograph, and pieces of jewelry, enter the city. Banana plantations and farms are now widespread. Úrsula Buendía, the founding matriarch, is one hundred years old, blind, and lonely. She has witnessed the tragedy that has befallen her household for decades and she withdraws further from her family.

Meme takes a liking to the townsman who happens to be a mechanic — Mauricio Babilonia. This angers Fernanda who stations a guard to prevent Meme from meeting with Mauricio. The guard shoots Mauricio and paralyzes him from the waist down. This leaves Meme in shock and she is committed to Covent by her mother, Fernanda. In there she births a child for Mauricio, by the name of Aureliano (II).

A great rain pours for five years nonstop in the town of Macondo. This rain keeps virtually every member at home for the year on end. The prosperity of Macondo comes to a grinding halt, as the banana plantations wash away and the animals reared by Aureliano Segundo die from the flooding that overtakes the town. After this downpour, a heatwave strikes the town, pushing its inhabitants further into poverty and despair. Úrsula Buendía finally dies at the ripe age of 120.

Fernanda del Carpio dies, and Aureliano (II) confines himself to a life of solitude, trying to decipher the writings of Melquíades the gypsy.

Jose Arcadio (II) finds the gold fortune hidden by Úrsula Iguarán and proceeds to indulge in hedonism and debauchery with the townspeople. He is eventually killed in his bath, and the gold is stolen from him.

Amaranta Úrsula returns from Europe with her husband, Gaston. Aureliano (II) takes a liking to Amaranta Úrsula and they both fall in love, continuing the cycle of incestuous relationship in the Buendía family. Gaston learns about this and leaves for Belgium, never to return.

As Úrsula Iguarán feared José, Amaranta births a baby with a pigtail, the result of the incestuous relationship. Amaranta dies after she births the last of the Buendía family — Aureliano (III). Distraught, Aureliano (II) abandons the baby for red ants to feast while he finally decodes the Sanskrit prophesies of Melquíades the gypsy. It narrates the rise and fall of the Buendía family, right up until Aureliano (II) is reading the text. An apocalyptic wind rips through the city, destroying its foundations and erasing it from memory.

How did Aureliano Segundo become wealthy?

Remedios died suddenly, likely due to a miscarriage. She was the child-bride of Colonel Aureliano Buendía.

What causes Meme to become mute?

Meme witnessed the shooting and eventual paralysis of her lover, Mauricio Babilonia. The trauma of this event muted her, and her mother, Fernanda del Carpio, shipped her off to a convent.

How does Colonel Aureliano Buendía die?

After fighting numerous battles for the Liberal army, Colonel Aureliano Buendía becomes disillusioned with the cause and turns his attention to the works of Melquíades. This causes him to be a solitary man, devoid of emotion — likely hardened from wars. He dies one morning in his sleep.

Why was José Arcadio Buendía insane?

José Arcadio Buendía was driven mad by his obsession with deciphering the works of Melquíades. He was tied to a tree in the Buendía compound and lived out the remainder of his life in confinement.