Fredrich Nietzsche battled through debilitating migraines, Insomnia, and a variety of diseases to produce works that would reverberate through the ages. 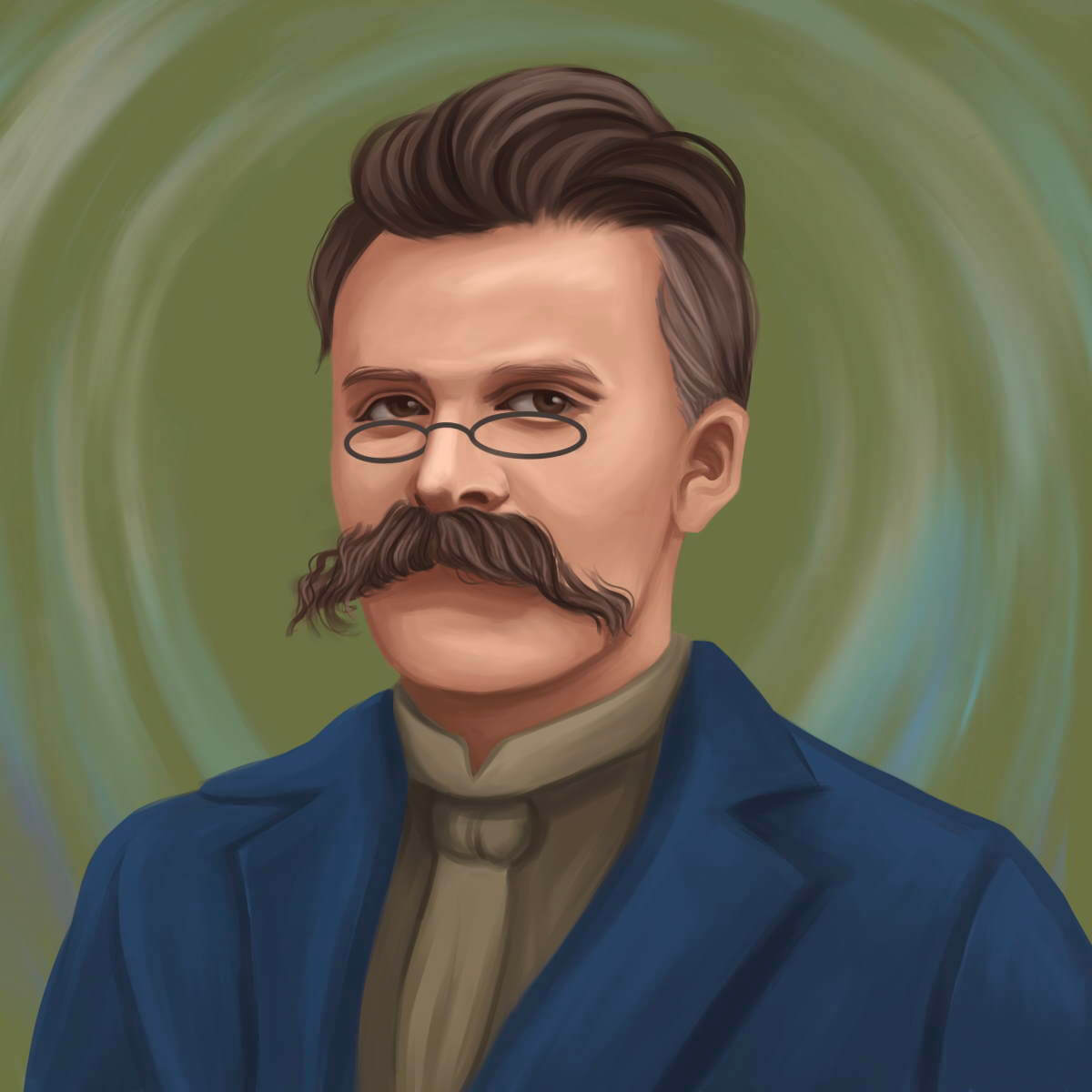 His thoughts ranged from speculative treatises about art forms of the classical periods to charged polemics against contemporary western morality and religious expression. His books offered a diverse range of thoughts that displayed not just a poignant and insightful mind, but a versatile one. Nietzche’s books were far from commercial successes during his time, but they still evoked strong responses then as they do now.

Human, All too Human

Published in 1878, “Human, All too Human” sees Friedrich Nietzsche adopts a new philosophical outlook that leads to his decisive break with Richard Wagner. While his previous works had emphasized metaphysical approaches to the meaning of life, Nietzsche now takes the opposite direction to favor more naturalistic or science-based answers. He was concerned now with the biological and physiological causal determinants of how things appear to people and why they think and behave the way they do.

Stylistically, this represents the beginning of Nietzsche’s use of aphorism- a use which began as a necessity due to his incapacity to concentrate long-term on an idea due to his migraine headaches but soon turned into an art form in itself. He also introduces his perspectivist position that every description of the world and its phenomena is shaped by the perspective of the observer or interpreter.

Nietzsche’s new anti-religious philosophical outlook was repulsive to both Richard Wagner and his wife, Cosima Wagner, and that permanently ended their friendship. In 1886, Nietzsche would publish a second edition of the book, while adding two works titled, “Assorted Opinions and Maxims“, and “The Wanderer and his Shadow“- both works dealing with the same themes as was found in the first edition.

Daybreak, Thoughts on the Prejudices of Morality

In this work, Nietzsche begins what would turn out to be a long sustained attack on Christianity. Here he focuses on Christian morality, exposing its ugly and self-serving motivations. Nietzsche believes that Christianity attacks our natural impulses as immoral and in so doing makes people think low of themselves.

Christianity then tries to offset this feeling of filthiness by otherizing non-Christians as a more filthy group, so the Christian can feel better about himself when he judges this group. This is quite ironic as Christianity supposedly prides itself on neighborly love. Nietzsche proposes a return to a moral framework that appreciates our natural instincts.

In this work, Nietzsche introduces some of his more popular principles, such as the theme that God was dead, Amor Fati, and eternal reoccurrence. In the Gay Science Nietzsche focused his attention on the intellectual outlook of the age, advocating lightheartedness as opposed to grim scholarship.

He continues his attacks on what he sees as the nefarious motives of dominance inherent within seemingly well-intentioned and self-sacrificing Christian virtues. He announces that the predominance of science as opposed to faith will leave our conventional moral values without any strong support, which would inevitably lead to nihilism. Nietzsche however does not advocate a return to faith, but rather provides hints as to how one might develop a naturalistic sense of meaning.

In Thus Spoke Zarathustra, Nietzche fictionalizes the real historical Persian prophet, Zoroaster, and uses him to address the crisis of nihilism in contemporary Europe. Zarathustra offers humanity an alternative to its risk-aversive, mediocre nature by proposing his ideal human, the übermensch, who is devoid of human timidity, continually aspires or greatness and lives a life of creative adventure.

In this book, Nietzche also uses Zarathustra to preach about done of his more important ideas like the idea of eternal recurrence and the Will to Power. Zarathustra remains Nietzsche’s most popular work and parodies the New Testament and Plato’s dialogues in a manner that places itself among the great works of history as showing a new, fundamental way of seeing and approaching Human life.

Beyond Good and Evil, Prelude to a Philosophy of the Future

In this work, Nietzsche begins his quest of revaluating all values. He identifies contemporary Western morality and philosophy as the sentimental and subjective opinions of philosophers steeped too much or affected by the Christian worldview. Nietzsche believes that their pretext to objectivity is artificial and that the world is in need of a new conception of values, or morality that moves beyond simplistic, judgemental moral categories. Nietzsche urges philosophers to wean themselves off this bias and instead create values through a process of honest, open-minded experimentation and a clear allegiance to evidence alone.

For Nietzsche, the current moral outlook is one inspired by Slave morality which devalues all behavior that is assertive and self-assured. A better morality will be based on Master Morality which takes one own’s way of living as the standard for goodness. A much better moral system would be one capable of seeing from the depths of Slave morality, and also from the heights of master morality.

Finally, Nietzsche conceives of both slave morality and master morality as arising out of humanity’s will to power- or a basic drive to self-preservation and enhancement in life. Through these moral systems, humans in different groups aspire to power, to strength.

On the Genealogy of Morals

In this book, Nietzche offers a history of the development of both Slave and Master moralities. He traces their origin in the social situations of history, with the upper and lower classes developing moral systems that reflect their station, temperament, and most of all, abilities. Master morality reflects the orientation of those who are masters of their own lives, while the lack of means to exert themselves on their environment as freely and as capably as the master moralists confine the lower classes to envision a moral outlook that sees the activities of the powerful as bad and sinful.

Next Nietzsche links the idea of bad conscience in humans to a slave morality-induced predisposition to cruelty, here turned against oneself. Humans are cruel by nature and so transfer these values to their God by making him vindictive. They turn it inward and ironically gain fulfillment from punishing themselves to satiate this primal motivation. It is out of this instinct that humanity’s ascetic predisposition cones forth- a predisposition that ordinarily should be at odds with our natural desires for pleasures. Nietzsche is able to see this ascetic sentiment in likely targets like Christianity as much as he sees it in a lot of seemingly unlikely professions and vocations like the scientific quest of truth.

This work offers a historical and psychological account of the history of Christianity that exposes its falseness, as well as its anti-life and resentful motivations. Modern Christianity is a misinterpretation and falsification of Christ’s original gospel by the likes of Paul who instead infused a doctrine and metaphysical system that directs revenge against the Jewish upper class, as well as against the individual himself whose barbaric and cruel instincts finds in himself an outlet for expression.