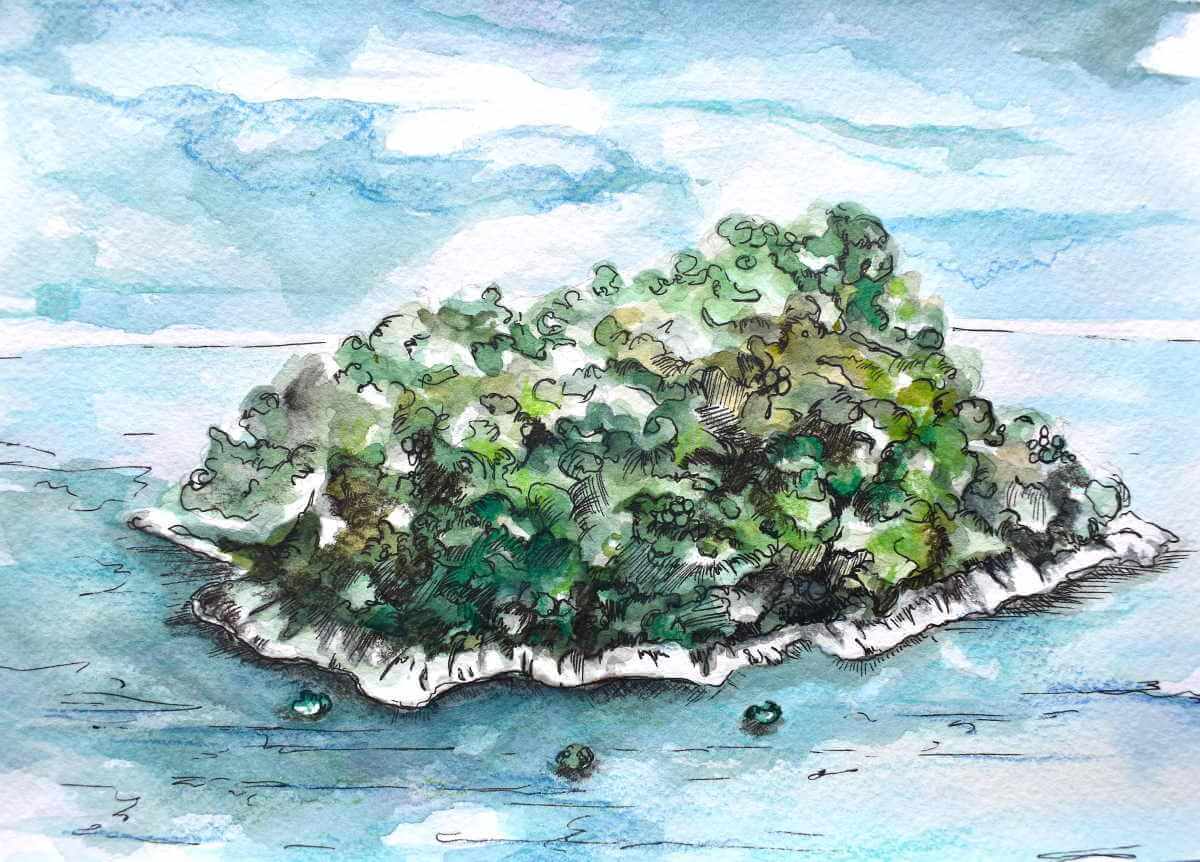 Lord of the Flies by William Golding is a powerful novel. It’s filled with interesting themes, thoughtful symbols, and a particular style of writing that has made it a classic of British literature.

Several key themes are prevalent throughout the book. It is sometimes referred to as a “book of ideas” and these ideas are explored as the plot unfolds.

Lord of the Flies Themes

The impact of humankind on nature

This is evident from the first chapter when the plane crashing leaves what Golding describes as a “scar” across the island. This idea is explored further is in the early chapters the boys light a fire that escapes their control and yet further diminishes what might be considered an unspoiled island. Some interpret the island almost as a Garden of Eden with the children giving in to temptation by slaughtering the animals there. The final chapter furthers the destruction of nature by mankind as the whole island appears to have been ruined thanks to the effects of the boy’s presence on the island.

This can be seen throughout as the boys struggle with being removed from organized society. To begin with, they cope well. They construct a form of government represented by the conch that, theoretically draws them together and gives them all a voice. As they break away from society this adherence to the rules they have constructed is evident. Golding’s ideas of what savagery is might be outdated and rooted in colonial stereotypes but they are evident for all to see as the boys use masks to dehumanize themselves and their increasing obsession with hunting leads to an increasingly animalistic nature.

Perhaps the biggest underlying theme is the idea about the true nature of mankind. Golding explores the idea that mankind is innately evil and that it is only the contrast of society and civilization that prevents that nature from being prevalent. Of course, this overlooks that civilization is a human construct and if all men’s biggest motivation was their inner evil, then that construct would never have existed. Golding’s views largely spring from his role in the navy where he was witness to the atrocities of war but are also informed by his work as a teacher.

Analysis of Key Moments in Lord of the Flies

There are many key moments in Lord of the Flies that highlight the boy’s descent into savagery.

Style, Literary Devices, and Tone in Lord of the Flies

Throughout this novel, Golding’s style is straightforward and easy to read. There are no lengthy passages nor does he choose particularly poetic words to describe the events. His writing is powerful without these stylistic devices. The same can be said for his use of literary devices. When used, they are direct. For example, the use of symbolism (see below) and metaphor is very thoughtful but not hard to interpret.

Golding also employs an aloof or distant tone throughout the book. This reflects the way that the boys treat one another.

Symbols in Lord of the Flies

The conch shell is one of the major symbols of this novel. It’s used from the beginning of the novel to call the boys together for meetings on the beach. It’s a symbol of civilization and government. But, as the boys lose touch with their civilized sides, the conch shell is discarded.

The signal fire is a very important symbol in the novel. It’s first lit on the mountain and then later on the beach with the intent of attracting the attention of passion ships. The fire is maintained diligently at first but as the book progresses, and the boys slip farther from civilization, their concentration on the fire wanes. They eventually lose their desire to be rescued. Therefore, as one is making their way through the book, gauging the boys’ concentration on the fire is a great way to understand how “civilized” they are.

The beast is an imaginary creature who frightens the boys. It stands in for their savage instincts and is eventually revealed to be a personification of their dark impulses. It’s only through the boy’s behavior that the beast exists at all.

What are three themes in Lord of the Flies?

Three themes in Lord of the Flies are civilization vs. savagery, the impact of humankind on nature, and the nature of humanity.

What is the main message of the Lord of the Flies?

The main message is that if left without rules, society devolves and loses its grasp on what is the morally right thing to do. this is even the case with kids.

How does Ralph lose his innocence in Lord of the Flies?

He loses his innocence when he witnesses the deaths of Simon and Piggy. These losses in addition to the broader darkness of the island changes him.